ALE is strengthening its 30 country-strong global network of operations as its African arm seeks to carry over its hugely promising work in South Africa to the rest of the continent.

Having completed an array of projects from wind turbine lifting and container crane relocations to blast furnace installations and fishing vessel salvations, ALE‘s South African branch has built up a trusted reputation in the region since 2001 and is exploring areas of power generation, oil and gas, mining, port operations and infrastructure developments further afield.

Crucial to the ongoing expansion is the ability to set up new representations, acquire promising existing structures, establish fruitful partnerships with international and local companies as well as tap into the worldwide ALE network, drawing on the resources possessed by the €275 million-annual revenue group.

Such resources include record-breaking equipment such as the SK crane series (5000t capacity), the Mega Jack or the Hydro Deck, along with vastly experienced engineers and project management teams, all adhering to the highest Health, Safety, Quality and Environment (HQSE) standards and creating a ‘smarter, safer, stronger’ ethos.

Renewables is a key sector which has seen the ALE South African branch bolster its reputation no end as it continues to play a huge part in the country’s wind power programmes.

Amine Mastour Chatmi, Business Development Manager for Africa, said: “Building on our experience in the power sector, we have used our knowledge and expertise to develop smarter, safer and stronger solutions to the challenges created by the increasing size and weight of industrial components.”

“In the renewables sector, and typically for the wind projects for instance, we offer a bespoke Transport Crane and Installation (TCI) package. The transportation phases involve route assessments, liaising with local authorities, removal and replacement of any street furniture or structure that may obstruct the route.”

ALE possesses a specialised fleet of equipment for such works and knowledgeable teams to help with all aspects of installation, expertise which has been deployed on a number of projects in the Western and Eastern Cape.

One such example was the transportation, mechanical and electrical erection and installation of 37 V100 1.8 MW 95m HH wind turbine generators at Hopefield wind farm, 60km from the Port of Saldanha.

There were three shipments containing blades, towers, nacelles and hubs which were assembled using ALE’s LG1750 crane with lattice boom and AC250 crane.

Large programmes such as these has seen the African unit’s workforce increase fivefold to 260 in a matter of months.

Mastour Chatmi plans to further improve the company’s offerings across Africa, with an immediate term priority on the Sub-Saharan region, especially in the east and west.

“Oil and gas is a main focus in these areas,” he said. “With a presence in all the major oil and gas centres in the world, ALE works closely with blue-chip oil and EPC contractors, supporting them from the very first stages.

“Our engineering skills enable us to transport, lift and position reactors, process columns, furnaces and other large elements, maneuvering these items with precision and safety often in very restricted spaces and within tight time frames.”

Alongside power generation, in which it has significant experience in more than 100 countries, other areas of interest for ALE in Africa will include port operations and infrastructure development.

Portside, activity revolves around the transportation, erection and vertical extension of harbour cranes, including important schemes to recover this equipment following storm damage or collisions.

On the infrastructure side, ALE’s experience will provide valuable input into many future African projects. “With experience in high-profile infrastructure projects such as the removal and installation of innovative road, rail, river and canal bridges, lock gates, stadium roofs and airport architecture, we fulfil our role accurately, safely and with minimal disruption,” Mastour Chatmi added.

Helping it to deliver successful operations is the innovation of state-of-the-art solutions, some of which are of record-breaking class.

“We’re committed to helping our clients achieve what might once have been considered impossible.” Mastour Chatmi said. “Nowhere is this better demonstrated than our Innovation Series, the label we give to some of our most advanced and cutting edge technologies and equipment.”

The revolutionary Mega Jack is a fine example, a machine designed to push structures of immense stature and one which has doubled the previous world record lift. It has a capacity per tower of 5,200 tonnes with a 10 tower system lifting up to 60,000 tonnes, ample power even for the most challenging operations.

Another example is the Hydro Deck transition pontoon, designed to allow loads up to 17,000 tonnes to be harboured regardless of tidal conditions, saving time and money for clients.

It has a redundant water ballast and air tank system to provide buoyancy and stability in all tidal stages. It is also a temporary structure, making disruption to the area minimal.

Other notable innovations include the AL.SK190 and AL.SK350, the respective little and large powerhouses of its kind. The latter is the largest crane in the world.

Creating new and taking advantage of existing networks has enabled ALE to continuously improve its offerings to customers. For instance, the Hydro Deck was designed and built though a joint venture with AG&P (to make AG&P ALE Ventures Pty Ltd), one of around 12 such partnerships to date.

It also works closely with local companies on various projects, combining the global power of ALE with those based at the heart of where the operations take place.

“In an increasingly globalised context, where knowledge of the ground is required but a deep understanding of our clients’ needs equally is; being international yet local in all key countries is a must,” Mastour Chatmi said.

Worldwide ALE has 1400 employees (260 in Africa) and resources including crane fleets, trailer fleets, skidding equipment, gantries and jack systems, experienced engineers and naval architects: this having started out modestly in the utilities sector in 1983.

Equally as important as the sophistication of its equipment is the ability of workers to use such machines and craft bespoke solutions while adhering to the highest HSQE standards possible.

“We employ imaginative people at all levels within the company, who focus on developing innovative solutions for the most complex projects,” Mastour Chatmi said. “We challenge conventional thinking, aspire beyond accepted limitations, and don’t stop until we have the smartest, most effective solution to each and every challenge.”

“We know that meeting our moral responsibilities to people, property and the environment is as core to our business performance as our service delivery. Thus HSQE remains at the heart of ensuring we exceed the expectations of our stakeholders.”

This continuing prosperity of staff, combined with further technological innovation and excellence in project delivery across all industries will stand both the African branches and ALE writ large going forward.

Mastour Chatmi outlined a bold future: “In the next five years, nearly all major infrastructural and industrial developments to happen in Africa will require our support”.

“Our positioning as a leader in heavy lifting and transportation innovations makes it possible to believe that our growth to date is only a beginning, and that in five years’ time ALE will be more than five times smarter, safer and stronger.” 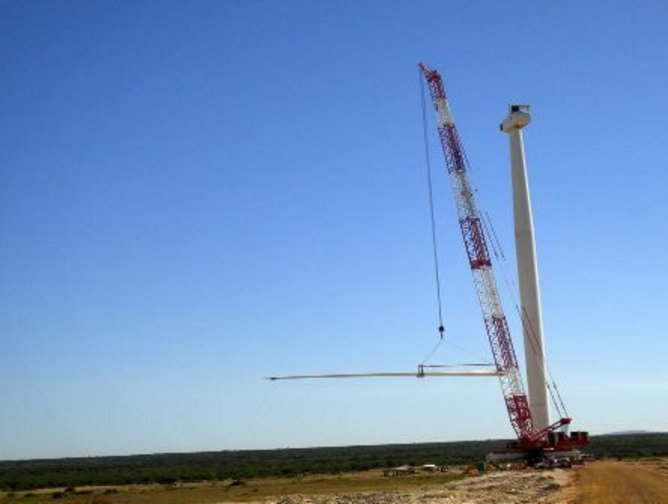 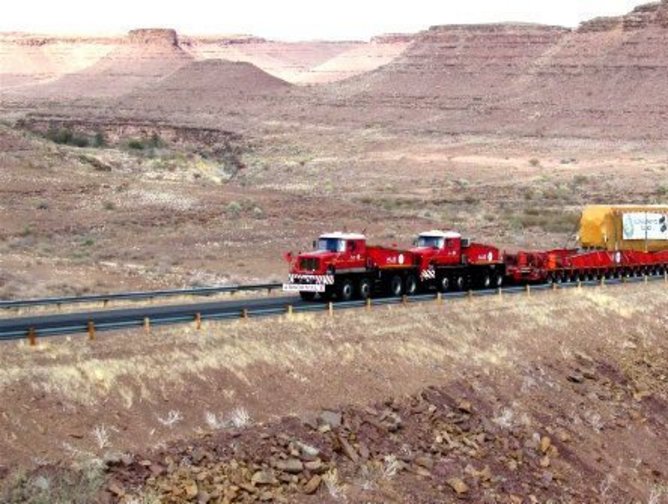 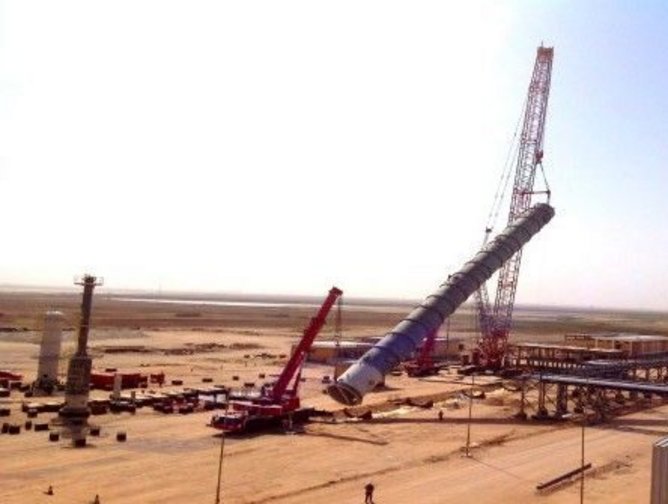 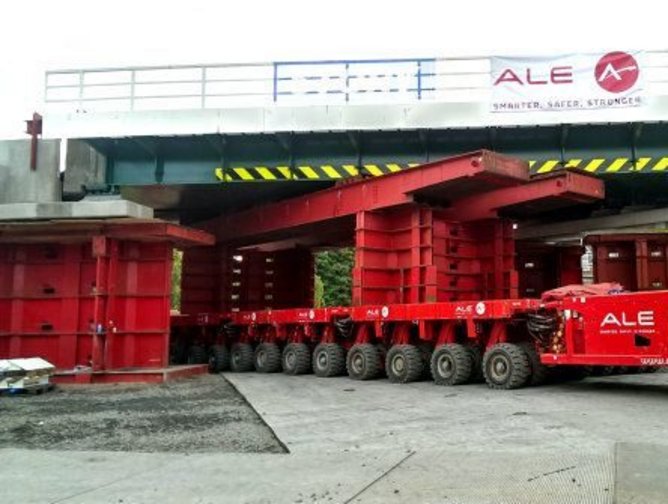 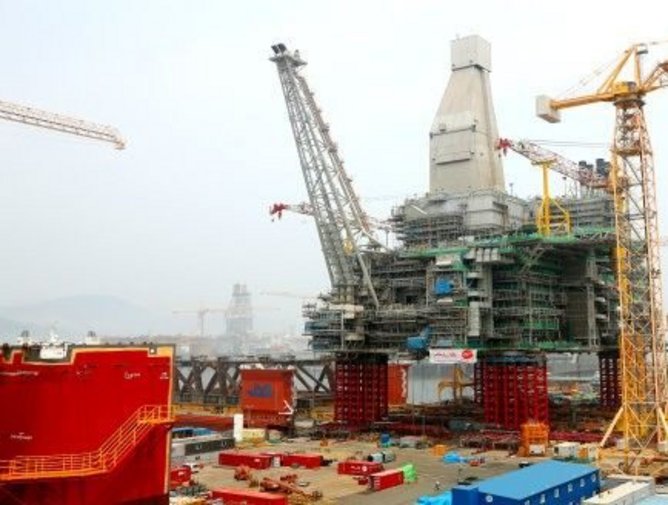 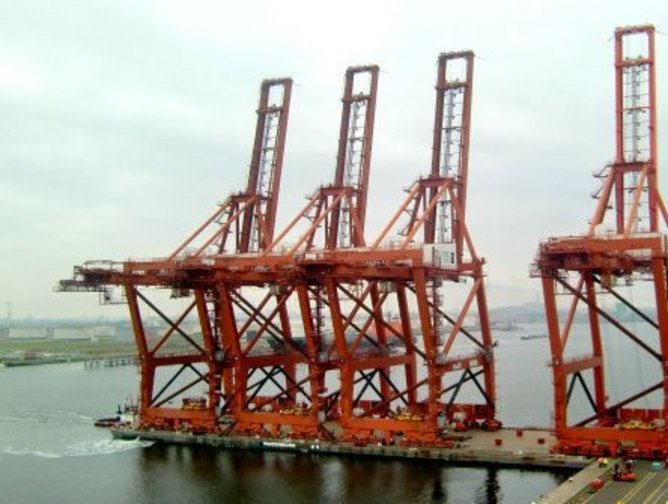 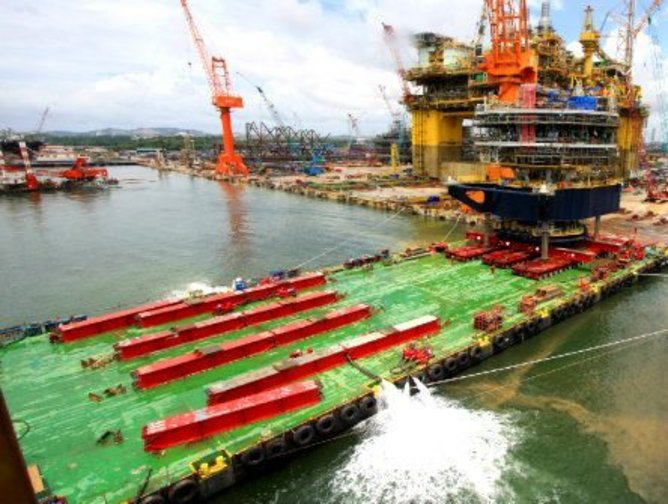 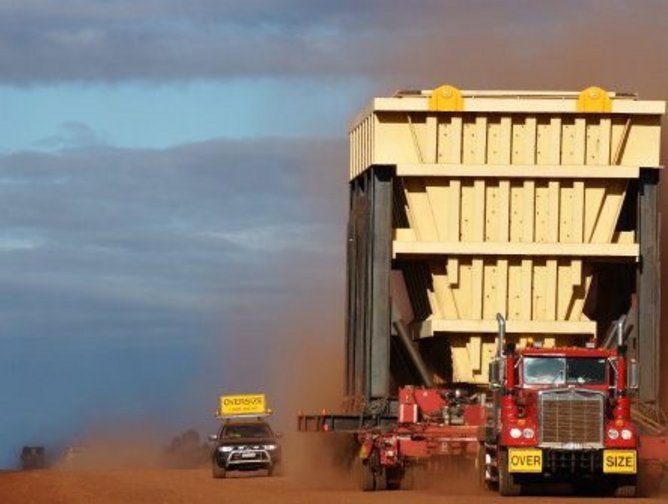 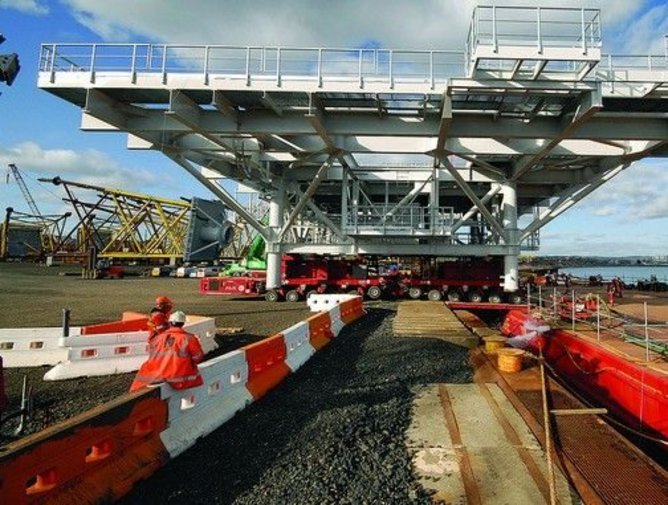