American University of Beirut continues to build a better tomorrow

For AUB as one of the leading teaching-centred research universities in the Middle East, providing education and research opportunities to more than 8,000 students, the importance of creating a safe and healthy environment for the students cannot be underestimated.

For Farouk Merhebi, Director of Environmental Health, Safety, and Risk Management at the American University of Beirut (AUB), it is the very essence of his job to ensure that AUB not only complies with regulatory standards but exceeds them.

“The mission of my department is a simple one,” he says. “To minimize risk by providing and maintaining a safe and healthy environment for all our community and ultimately, our students, staff, and faculty members.”

Having previously graduated from AUB on three separate occasions, in chemistry, agriculture, and environmental engineering, Merhebi forged a career in environmental stewardship, ranging from wastewater design and environmental impact assessment to solid and hazardous waste management.

When he returned to AUB, this time as Director, he brought with him a wealth of experience that could help drive forward a number of sustainable initiatives across the organization.

“Throughout my varied experience in the private and public sectors, I developed an understanding of working with complex projects and collaborating with a multitude of stakeholders and interested parties,” says Merhebi.

“For me, being an alumnus, it was AUB’s work both for students and beyond into the wider community on environmental concerns and issues that attracted me to this role and to take on this responsibility.”

The task at hand for each area is one of compliance with national and international environmental and safety regulation standards. But despite this being a core ambition, Merhebi is keen to stress that AUB will continue to go above and beyond simple compliance and be a steward of best practice across the region.

“At AUB, we believe that we should be more than simply an institution that teaches and conducts research as a university,” he says. “We should expand our support to a wider platform with a number of activities where sustainable development and environmental stewardship is incorporated into campus management and operations, construction and renovation, purchasing, transport, and engagement with the wider community.

“It’s very important for us that we build a sustainable future for AUB by conserving resources, polluting less, using more energy efficient equipment, and transforming our operations to become a sustainable institution, now, and in the future.”

In the quest to not only redefine AUB’s sustainable processes, but to also play an influential role in the region’s approach to sustainability, the first step was to recognize its own carbon footprint.

When Merhebi joined the university, a decision was made to establish a baseline that the university could use for benchmarking, as it continued to deliver initiatives in order to achieve greater sustainability.

To calculate the carbon footprint, all greenhouse gas emissions from campus operations had to be taken into account, both direct emissions and indirect. Direct emissions include emissions from  on-site electricity generators, steam-generating fuel boilers, and transport vehicles used on campus.

AUB collated all of the data obtained and established its carbon footprint, using it as a benchmark for future reference.

In 2013, AUB reported the emission of approximately 10.3 tonnes of CO2 per student. In the last recorded year, 2017, the figure has been brought down to 9.7 tonnes per student, which shows that progress has been made already.

“The majority of our greenhouse gas emissions comes from our electricity usage,” says Merhebi. “Since it represents the greatest percentage of carbon-emitting sources, we are going to be increasing our focusing on sustainable energy to track and reduce those emissions from electricity and bring our carbon footprint further down.”

Merhebi has overseen a number of sustainable initiatives that have proven key in reducing the university’s carbon footprint, and enhancing and refining its sustainable practices.

“In terms of reducing our carbon footprint from commuting and transport, we encourage the use of bicycles and carpooling as much as possible,” he says. “There are also five electric cars on campus, which is an upgrade from the two we had at the start of this journey.”

Another project that has completely revolutionized the recycling and waste management system of the university was the progressive installation of 17 “reverse vending machines,” designed to incentivize the very notion of recycling.

Students and faculty members alike are encouraged to place their plastic bottles or soft drinks cans into the vending machines in return for points that can be redeemed as gifts through a catalogue on campus.

Naturally, this proved largely successful and since it came to fruition no more than three years ago, AUB has been able to record a recycling of around 750,000 bottles and cans.

AUB has also installed systems of battery collection and safe disposal, and is implementing environmentally responsible waste disposal from medical and laboratory facilities and other hazardous waste-disposal systems. AUB won the Green Mind Award for its hazardous waste management program back in 2014.

But it’s not just recycling and waste management that AUB has introduced across the institution.

“We have embarked on a number of solar energy projects for water heating and for electricity generation and we are progressively replacing our lights into more efficient energy-saving ones. We often buy energy-efficient equipment throughout the campus,” he says.

Sustainable design and construction has been at the core of our campus planning, design, and construction. “In the last few years we’ve constructed several new buildings for which we have strived to achieve LEED certification.

“Of those, we’ve achieved one LEED Gold certification and another  is for LEED Platinum”,

The campus also became a botanical garden in 2016, which makes it unique for an organisation of its kind.  Merhebi explains that AUB is committed to the conservation of the living environment that makes up a large proportion of its campus, and seeks to educate members of the community, both within and outside of AUB, about the natural environment with which we co-exist and the importance of preserving this environment for future generations.

Sustainability and environmental best practice is a difficult beast in the Middle East and particularly in Lebanon, as historically there simply hasn’t been the necessary infrastructure and legislation in place to drive sustainable initiatives.

“The enforcement of legislation, particularly in environmental management, has always been pretty weak,” Merhebi says. “And so, we as an institution have to depend on our own resources to preserve the quality of the environment that we are living in. That’s why we go above and beyond our responsibilities.”

It is this understanding of the role that AUB can and does play in reinvigorating the sustainability conversation that has seen AUB play an active role in guiding and supporting national organisations and municipalities.

“In the absence of that legislation and infrastructure, we must work with other organisations and partners to become role models for future generations,” says Merhebi. “That’s what we are trying to do, to influence the future generation and extrapolate our best practices beyond AUB and into the wider community.” 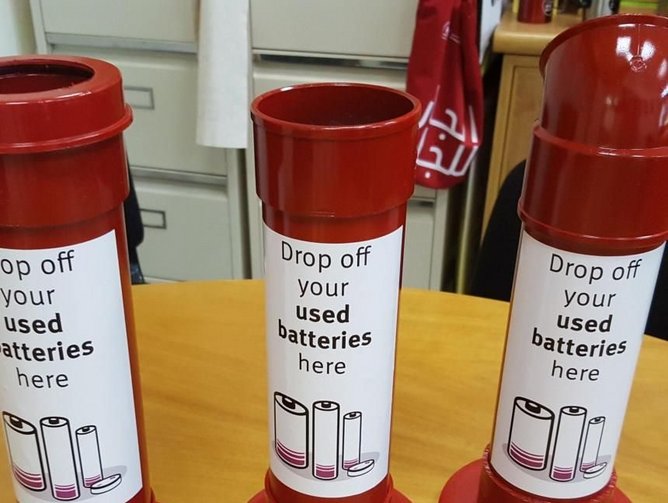 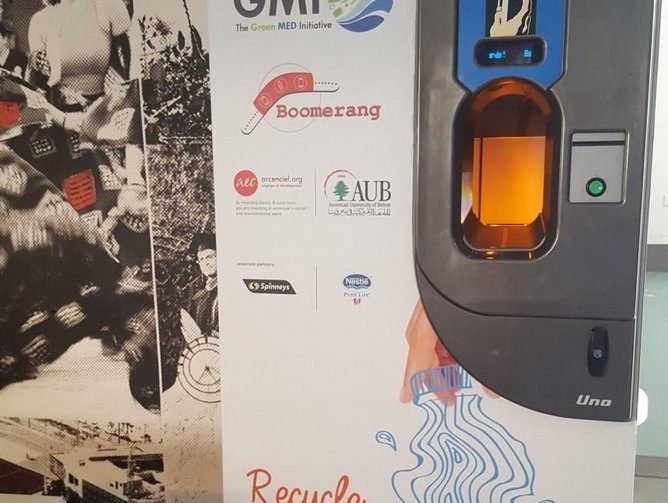 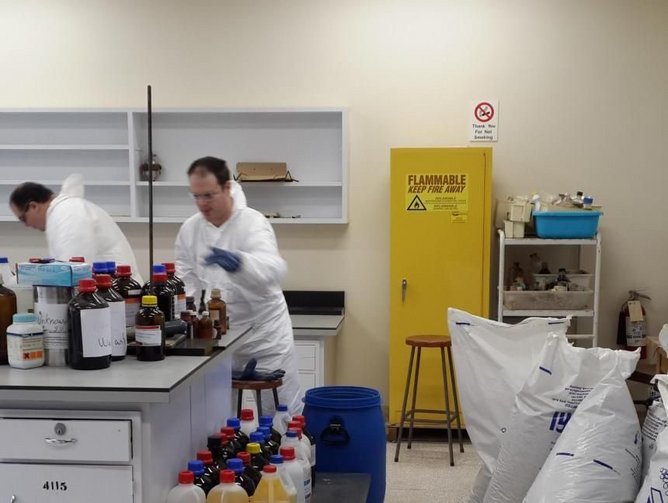 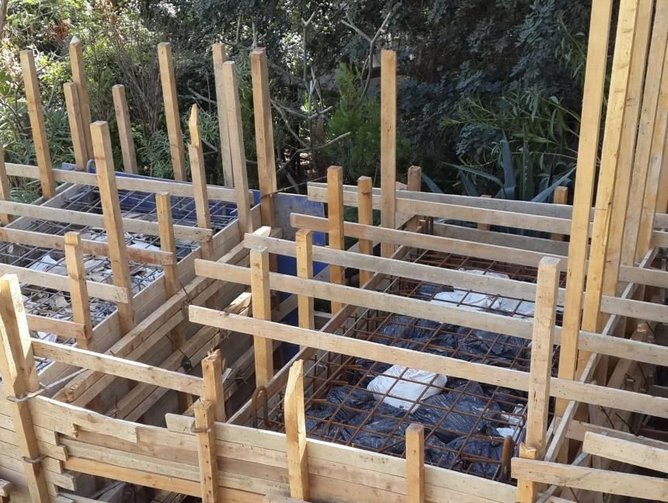 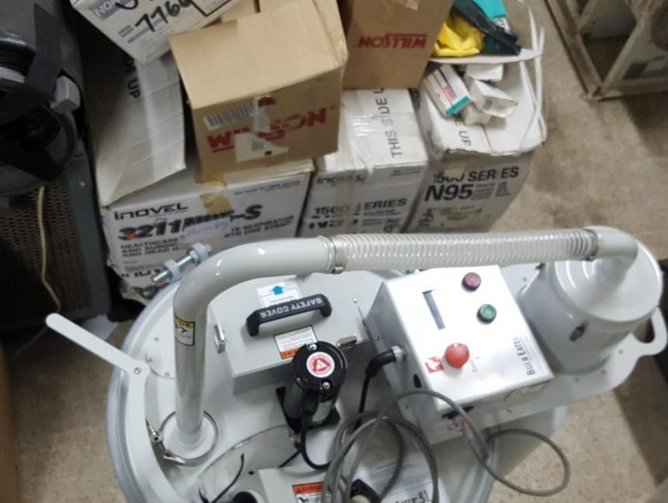 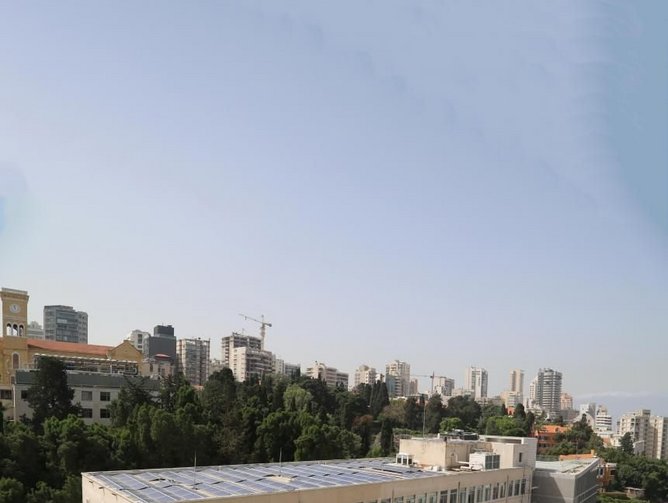 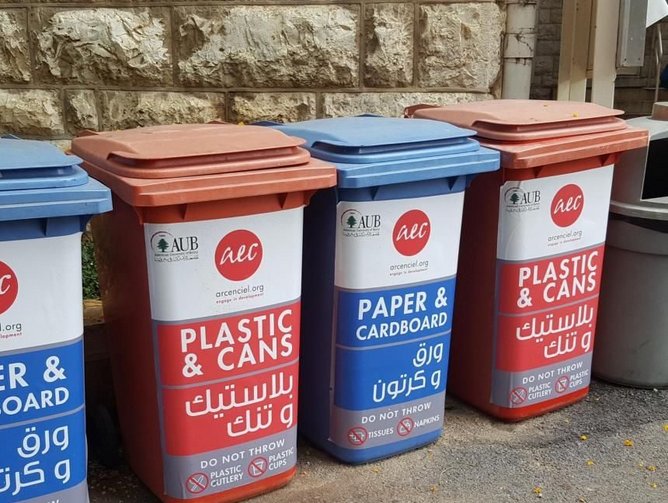