American University of Beirut: Digital transformation with the student at heart

The role of the CIO is evolving. IT has traditionally been viewed as operating almost as a separate entity when placed within the wider context of a business strategy. But over the course of the last decade, the lines between the two functions have begun to blur more and more, to the point in which it could be argued that IT is actually informing the business strategy entirely.

This is most certainly the case for the American University of Beirut (AUB). Currently undergoing a five-year digital transformation, one that will significantly improve the IT functionality of the institution, AUB can call upon the leadership and guidance of Dr Yousif Asfour as CIO.

Over the course of an extensive career, Asfour’s professional life has taken him from electrical engineering and developing hardware and software for large scale technology companies, right through to the role of CTO and CIO.

It’s fair to say that Asfour has lived and breathed technology and this has provided him with a key understanding of how technology can support and drive wider strategic thinking.

“In many ways, I grew into IT from the bottom. In moving from hardware design to software development to business consulting, I think it gave me two things,” he says. “First, a deep appreciation for how technology is designed and built. It also helped me understand how technology can be used to improve business. So, one of my strengths, I feel, is being able to translate between the two worlds of technology and business.”

AUB was founded with a clear mission, to provide excellence in education, to participate the advancement of knowledge through research, and to serve the people of the Middle East and beyond.

In order for the university to achieve this and to deliver on that vision, Asfour believes that technology will play a crucial role.

“Our mission in IT is to partner directly with the academic and administrative units within AUB to help transform teaching, research, student life and patient care,” he says. “The way we do that is by creating a flexible ecosystem, by partnering with the faculty and the students and the administrators. IT has to be a leader and a service broker and a partner with all the stakeholders within AUB.”

As a technologist, Asfour understands technology as well as anyone else in the institution, but in order to successfully integrate, develop and implement an IT and technologically led transformation, he concedes that there is huge significance in the early stages on communication.

“Communication, and helping those who aren’t as technology minded as yourself, is critical,” he says. “I tell my staff on a daily basis that IT is not about technology, it’s actually about understanding what the faculty do, what the students need and then finding the solutions for them using technology.”

Asfour describes the current transformation as a shift in conversation. Whereas at the moment, the conversation centres around what people need and how technology can support that need, Asfour wants it to be much more service user defined.

“Tell me about the research you do and tell me how you run your lab,” he says. “Then the conversations become much more beneficial for both parties. We can understand what the researchers are doing and then propose to them a way that they could do it better, more effectively, through technology.”

With a transformation of the size and scope that AUB is undertaking, challenge is inescapable. One of the most significant challenges that any digital transformation must overcome is a cultural one. After all, AUB was founded in 1866 and over the years, employees past and present have developed a particular culture and way of working. To transform that, particularly with technological advancement, is no small feat.

“There are challenges everywhere, but the biggest challenge is the mind. The technology is easy, says Asfour. “It starts with stakeholders. With technology comes risk and a belief as to why should you change a way of working that works and is proven.

“It’s about making people begin to understand not how they can use technology in different ways, but how technology can be used to change the way they do things. And that’s a large part of what we’ve been doing at AUB.”

AUB is currently in year three of its five-year transformational journey, so to have come this far is a proof point that there has already been some considerable success along the way. Asfour actually believes this year, year three, is one of the toughest years as he feels that the first phase was spent “getting the wheels on the track”, and now is the time to really begin implementing.

However, he can point to what he believes is a sure sign of success.

“Only recently, I was at a strategic retreat with the senior staff at AUB, and I got stopped probably four or five times by senior members of the organisation,” he says. “They complimented me about the team that we have, about how responsive they are, about how they understand their business, and how valuable they've been.

“To me, that's a huge success. That doesn't happen typically in IT organisations, and given the history of what we went through here, that's a nice bonus.”

One other, more tangible, data-driven achievement has been the growth of the network bandwidth at AUB. Asfour has overseen an expansion that has more than tripled this connectivity, providing students with some of the best networks in Lebanon.

All of this was achieved against a rather challenging backdrop.

“Normally, a university would upgrade its network, its systems and its infrastructure. All of this would happen one step at a time with considerable amounts of money behind it,” he says.

“For us, we did all of that with limited budgets  and within three years. That is a huge success.”

To wind the clocks back to the very start of this journey, Asfour and AUB recognised it needed to reorganise the university’s IT team to make it more aligned with the digitisation strategy. This saw a new IT function develop, one made up of multiple sub teams.

There is the service delivery team, the “face to face” operation that meets with the faculty, students and administrators. Asfour describes its main role as the “field support”, what people would typically think when it comes to IT.

Then there is the IT management group, or the “mini CIOs”. This level sits with the different faculties and departments and communicates with the dean and with directors to understand their IT strategies and business strategies in order to define their technology alignment, and ensure it aligns with AUB’s wider global strategy.

In the beginning, Asfour was heavily involved with the running of these teams and this new IT function, something he feels was crucial in developing trust.

“I’d be in there playing a lot with the weeds, going up and down from the bottom level right up to the boardroom,” he says. “After a couple of years, we gained the trust of the organisation and now I can spend more time working on the leadership teams, focusing on strategic directions and building relationships with our deans, our executives, our board and our vendors.”

When discussing technology, IT and digital transformation, it’s easy to forget that underneath all of this process and all of the strategic realignment is one core driving force. The student.

“The way I think about this and looking to utilise and implement technology is quite simple,” says Asfour. “We need to look at how we can directly impact not only the life, but the success of our students and how the faculties can use the technology in order to do this better and more effectively.”

Asfour acknowledges this, with technology advancing further and further, so too does the student.

“I think technology has become integrated into our fabric. It used to be that technology was an enabler. I think now technology is a bare necessity in order to survive,” he says.

“The key, though, is not in the technology, but rather in how you use it. Our students now sleep and wake up with their phone in their hand. They're connected 24/7.

“I’m somewhat biased as a technologist, but I firmly believe that technology, if used right, is going to force us to change not just what we teach, but how exactly we teach it.” 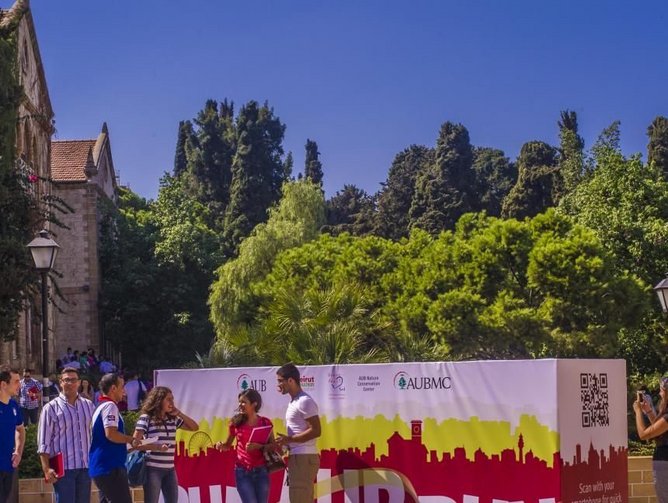 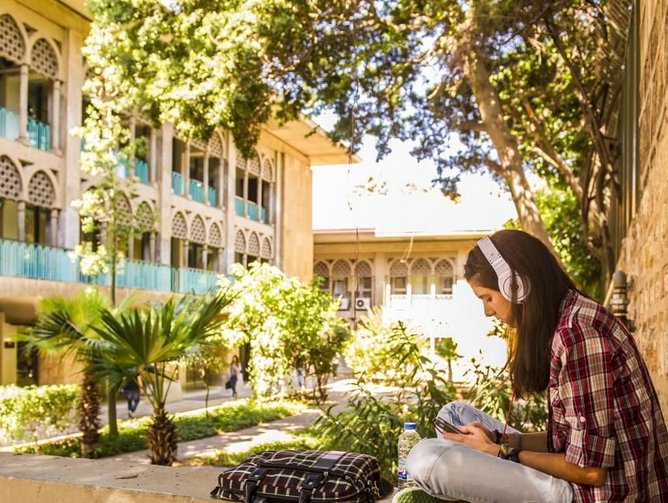 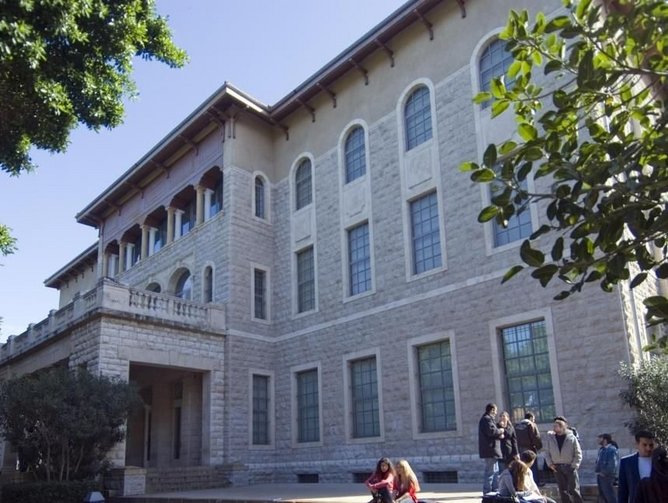 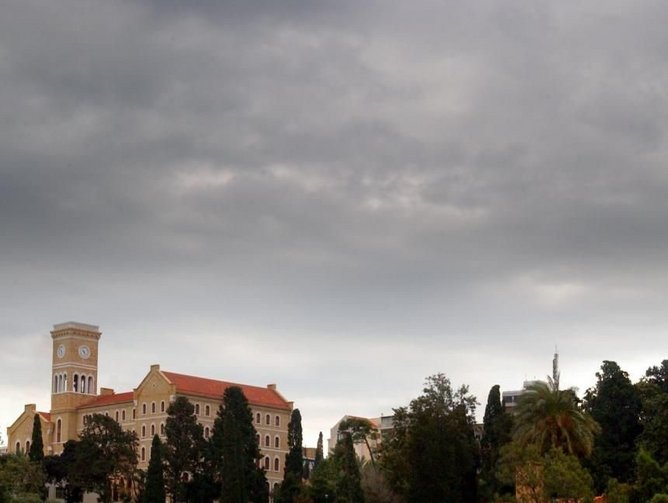 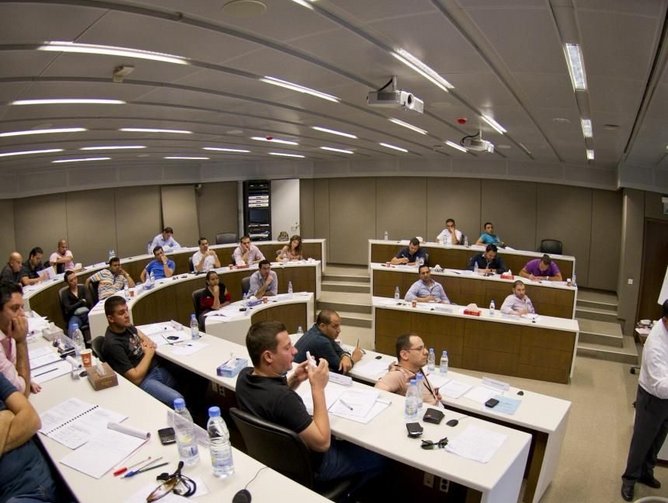 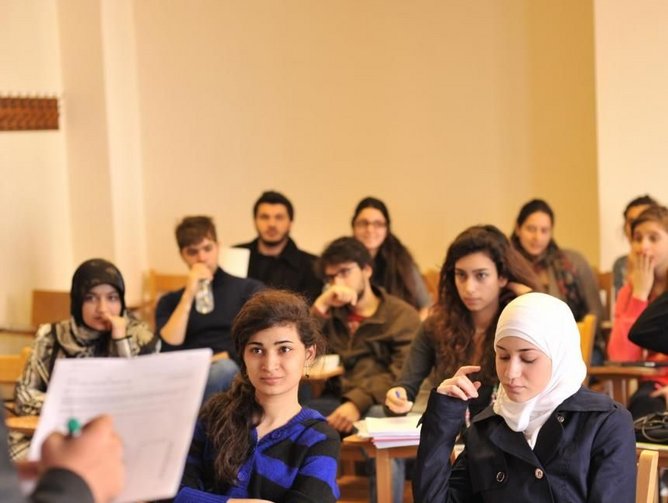