Banking is undergoing nothing short of a technological revolution. With every aspect of the financial sector undergoing dramatic overhauls of internal operations to provide up-to-the minute customer-facing offerings, there is not a corner of this market that is not reconfiguring its infrastructure, strategy and processes. Atlas Mara is a bank focussed on investments and operations within sub-Saharan Africa and it too has radicalised its business to keep up to spin with all the latest disruptive technology in the sector.

The person charged with overseeing this sometimes tricky transformation for Atlas Mara Zambia is Teza Ngulube, Country Head Retail and Digital Banking. Having previously served with Zanaco and Standard Chartered Bank, Ngulube joined Atlas Mara Zambia to take charge of its Retail & Digital operations after the merger of Finance Bank and BancABC.

From the very onset, the need to leverage technology to drive retail customer relationships was apparent and required swift transformation of our capabilities to allow us remain a credible choice for both our new and existing clients. “I joined Atlas Mara in February this year,” Ngulube explains. “And it's really been about making sure the bank has high-quality products that are working to meet customers’ expectations. The banks went through an important amalgamation that saw two banks become one. Each had very different profiles in every aspect. The technology from both sides also had to come together for a digital banking solution that worked for the new consolidated bank.”

One area where Ngulube directed his efforts was that of the bank’s ATMs. “There’s a new culture at Atlas Mara and we needed to make sure that we have an ATM network that works and delivers expectations from an uptime perspective, so we decided to replace 90 of our ATMs out of a fleet of about 175. Additionally, we have also migrated to a new ATM switch powered by CR2, which gives us better connectivity, better response, and ultimately, a better customer experience.” The local NCR team supported Atlas Mara Zambia with the whole process of procurement and deployment of these 90 ATMs, which they were able to deliver in good time.

Mobile banking is now a given for any financial institution in modern times and enquiries such as balance checks are critical, as is the ability to move money. “We had two separate mobile banking platforms for the two banks prior to the amalgamation and for each, we had some critical failure points. It became relevant for us to define a fresh mobile banking platform that compensated for both banks to give us the right positioning as Atlas Mara Zambia. We have rolled out a new mobile banking platform, provided by a company called ModefineServer, which has given us three different solutions. They're giving us the mobile banking solution that covers both USSD (unstructured supplementary service data), as well as the app. They're also going to give us a wallet solution, covered in both USSD and an app. And they're also giving us an agency banking solution, covering both the app and USSD. So, as of 1 August, we have delivered the mobile banking application, which is currently the best mobile app in the market. It has a very easy first self-registration process, and you are logged on, it presents a user friendly landing page that is easy to navigate. You can move money about with ease within Atlas Mara and to other bank accounts and you can also move funds between your prepaid cards.

“The biggest partner right now is Modefine Server, whom have been able to deliver our mobile banking solution; which includes the wallet as well as the agency banking. They have really stood out over that last couple of months and they've just been fantastic, and we have achieved quite a bit with them. I would also like to mention our Oracle support team, who have been holding our hand throughout these projects.”

Ngulube is proud to announce at the time of writing that the service has just hit 10,000 downloads on the Google Play store. “The total registrations today were 22,000. So, 12,000 on USSD and 10,000 on the apps is considerable progress, given that we have spent a lot of time without a functioning mobile solution. It is also interesting to see the growth on the USSD channel, because initially we had most of the downloads coming through on the app. But then, all of a sudden, we saw a strong shift on the USSD side. In this case, that's where we expect most of the traffic. So, we made some good traction there. Right now, we are still at the stage of trying to get more and more customers onto the platform given our customer base of 150,000.”

Atlas Mara Zambia is just starting the migration of its customers to the new wallet solution, Tenga; a low KYC product that anybody with a mobile phone can register on via USSD or even the app. This game changing product is available to everyone with a mobile number and Zambian National ID – you don't have to be an existing customer of Atlas Mara bank to be eligible.

“Tenga represents the birth of our mobile money solution and to support its relevance, we are working on building an agency banking model that reflects our aspirations. We are going to be building a model based on partnerships. We have a couple of partners already on the cards, and one of them actually has the largest agency banking network in the country, Zoona. We are in discussions with them – they have in excess of 2,000 agents right across the country, and we are looking to see how we can leverage their network,” says Ngulube.

With Tenga, we will be fulfilling a critical need to allow financial inclusiveness at all levels of society irrespective of geography across Zambia. 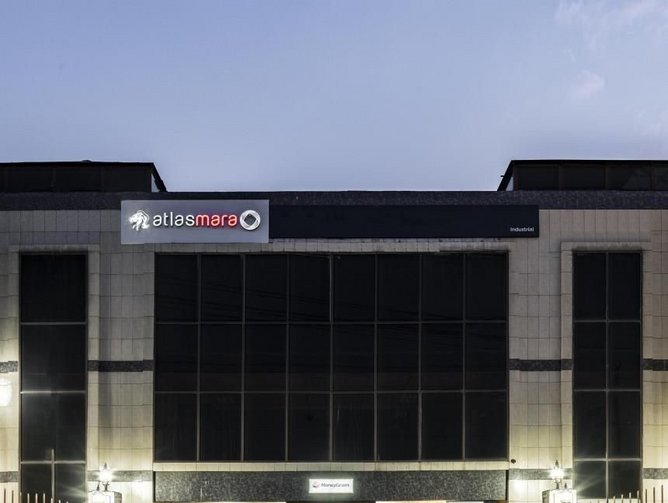 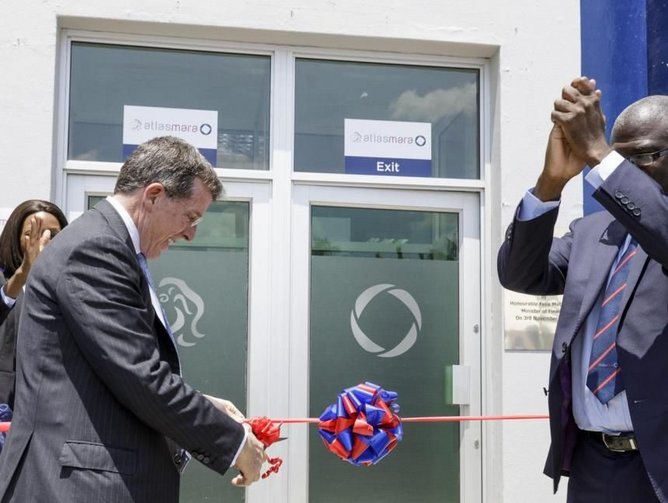 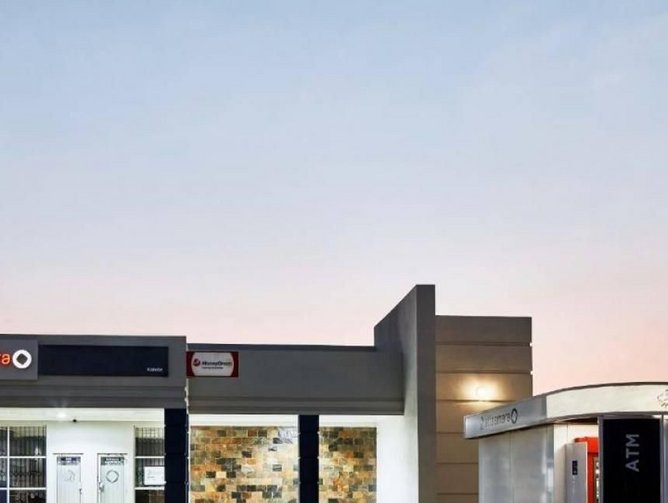 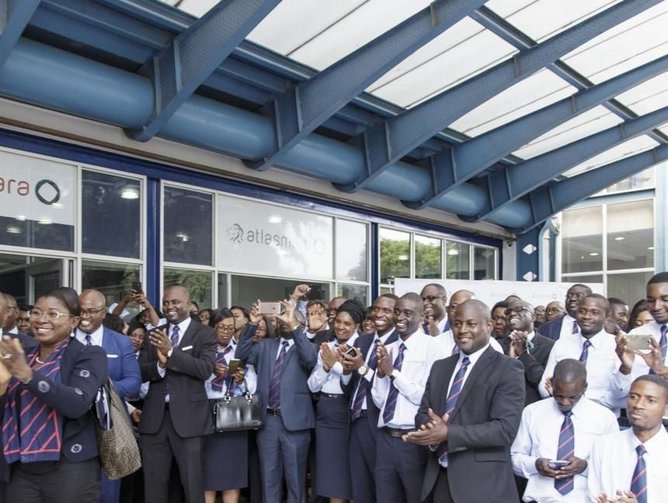 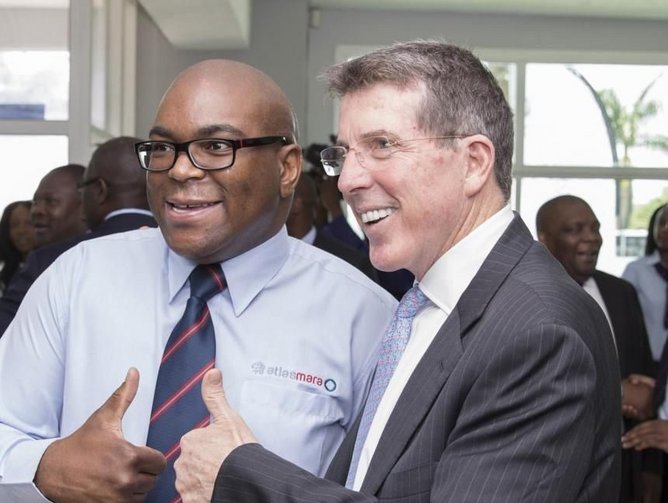 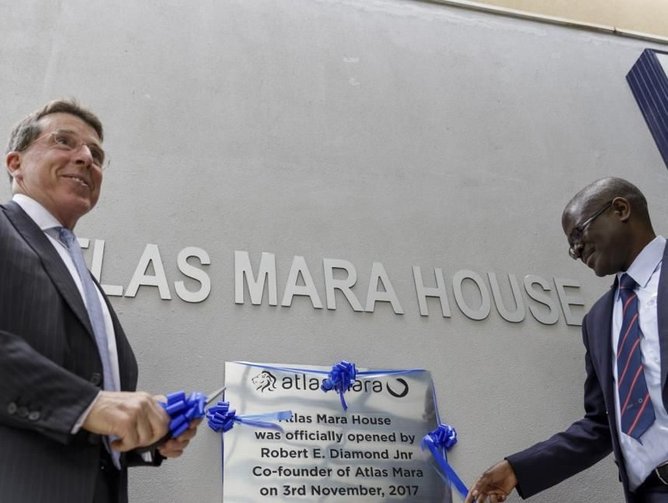