The relationship between a mining company and the local community or economy in which it operates is not something that should be taken for granted. For a company like Brazilian Nickel, enhancing, protecting and developing a sustainable future for the local community in Piauí is one of the most important aims of the business, second only to shaping the future of the nickel industry.

Brazilian Nickel formed in 2013 and began to develop the flagship Piauí  Nickel Project, in the North Eastern Piauí  state of Brazil. Over the last three years the company has fully integrated itself into the surrounding community, providing jobs, training and opportunities.

“We want to be a local company, a Brazilian company,” says Mike Oxley, Managing Director of Brazilian Nickel.

“We’ve made a real effort to try and balance employment from different towns and villages in our area so that we don't just concentrate on one or another to truly maximise the benefit of a local network,” he says.

For a UK company, heading into a foreign state can prove difficult for many reasons, not least that it can be met with detractors and dismissed as merely another ‘foreign company’ disrupting the local environment.

This is crucial to the success of the company and achieving the vision for the future.

“This is the poorest state in Brazil and so we want to bring opportunities and jobs and wealth to this part of the country,” says Anne Oxley, Brazilian Nickel’s Technical Director. “As a company we can empower the local people and build their capacities.”

Luciano Ramos, Chief Operating Officer at Brazilian Nickel, is a native Brazilian with a wealth of experience in mining organisations worldwide. Locals in the state of Piauí  are not wealthy and job opportunities are slim, but Ramos believes that through training opportunities, Brazilian Nickel can prepare locals “not just for Brazil, but for the world.”

Through the Piauí Nickel Project the company aims to create a competitive advantage in the heap leaching of Nickel laterite. Heap leaching is a process of extracting valuable metals from ores through dissolving the metals in solvent. It is a low cost process which naturally brings huge capital cost savings and a competitive edge over other nickel laterite operators.

One way in which the company aims to grow and achieve success as a business while maintaining that local Brazilian foundation is through working with local suppliers. Brazilian Nickel works to establish a mutual benefit for both the company and the local partner.

“As a company we realised that local suppliers deliver to high standards but may lack in experience. This is where BRN comes in; we embed sustainability into what we plan to do in the area by creating and training a group of local companies who can then work to world class standards,” says Mike Oxley.

For any mining operation, choosing the location in which to create and develop a project takes time and consideration in order to fully realise the potential in the business. This process saw him look at over 118 different locations in which the technology could be applicable, including Russia, Indonesia, Turkey and North America before settling on Brazil.

“Brazil has a strong mining culture, the people here understand mining and the benefits that it can bring to the economy as well as what it can bring for the ordinary person in terms of the metals we use in our technology,” he says.

Brazil has a strong and clear legislative path which Brazilian Nickel will follow in order to obtain all the required licences for operation. The company in fact has received a great level of support from the state of Piauí and the state capital Teresina, it has assisted in this process to allow BRN to both understand and operate within the regulatory requirements.

Looking at the choice of location from a technical perspective, Brazil has a very rich technical base with multiple technical universities to support the country’s mining culture.

“As a technology company as well as a mining company, the skills needed to operate are at a high level,” says Anne Oxley.

“Engineers, metallurgists, process engineers, electrical engineers are all needed for this project and there is a huge melting pot of them in Brazil. Of course you can use expats but for me it is better if you can take your skilled people from the country you’re working in.”

2016 has been a strong year for Brazilian Nickel as the company produced its very first saleable nickel product from the Piaui project demonstration plant, using low strength acid lixiviant on the heaps to gain a PLS high in value metals. From this we create a product that Oxley believes is the “right product” to take to the nickel market.

The company recently completed a pre-feasibility study at the site which determined that at full operation the project will produce around 24,500 tonnes of nickel per year contained in an intermediate product.

Despite this, Oxley is keen to bring the project into production earlier and BRN looks to head into production in early 2018 at a much smaller scale at around 1,000 tonnes per year.

“In many respects, by taking things in bitesize chunks it means we can bring our people and team with us. We have time to develop them and in today's capital markets, we are aware that it's not easy and it's not been easy for a number of years,” he says.

“We feel we have achieved and been different from many other companies in that we have made real progress against very strong headwinds. We expect to keep on being able to do that but we're not trying to leap and run, we're making sure we are within our capabilities on each of our steps.”

Breaking out into the world

Brazilian Nickel prides itself on its local suppliers and local roots but it does not underestimate the importance of international partners. The nickel industry, despite being global, is in fact relatively small due to the fact there is not a large number of companies producing the metal.

“It does get larger the further downstream you go of course,” says Oxley. “It’s a small industry with nowhere to hide, so It is important for us to build a solid reputation and highlight that as we position ourselves as a low cost producer of nickel we are a professional and ethical company that can bring relatively high shareholder value.”

Beyond the project, Brazilian Nickel is committed to sustainability. Mine closures are commonplace across the industry and this is something that must be brought to the table of discussion when planning ahead.

A legacy of empowerment

Brazilian Nickel incorporates the idea of a positive legacy into its strategy. As with its commitment to creating opportunities and growth within the local community, the company is committed to a legacy of change as evidenced by the work with growing local supplier businesses.

“Sustainable mining could be regarded as something of an oxymoron,” says Oxley. “Mines by their very nature at some point will run out, regardless of how long their mine life might be.”

“Once upon a time a mine would close and that would pretty much be the end of that town,” says Anne Oxley.

“If you start at the beginning of the process with a view to create a legacy that can survive the mine, there are things you can do. Businesses will grow and survive, communities will grow with them.”

The company, in producing the first saleable nickel product, has surpassed its technical expectations and achieved its success on time, on quality and most importantly on budget. This has allowed the company to think beyond the Piauí Nickel Project, with testing currently underway on an improved nickel product with the use of ion exchange and plans to one day expand across wider Brazil and worldwide.

“We are looking at other opportunities of course but right now it’s important not to lose focus on what’s important to the company, which is to get the Piauí project into production,” Mike Oxley concludes. 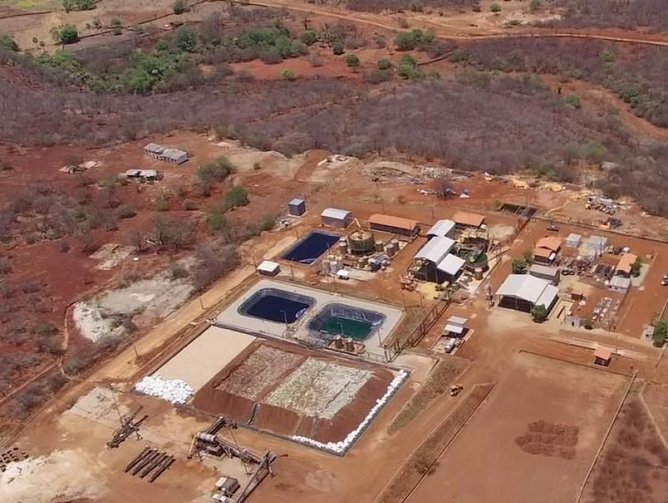 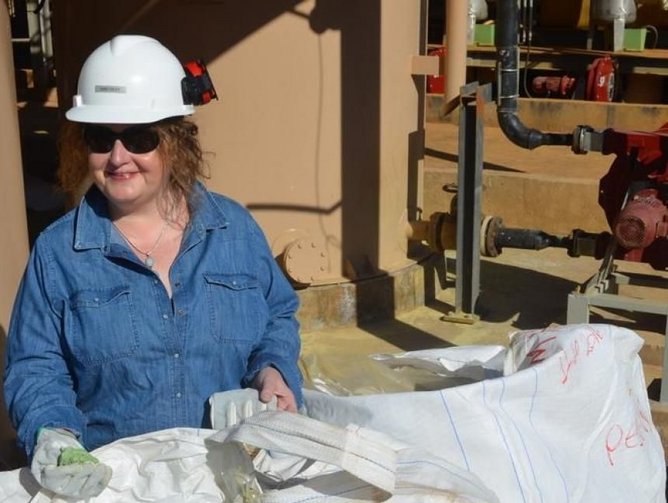 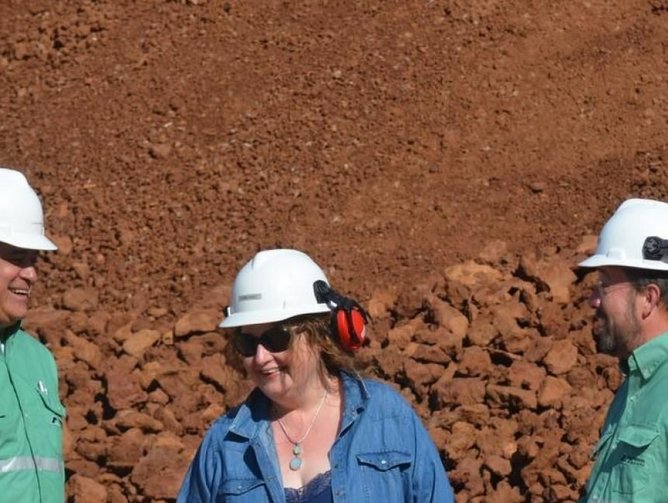 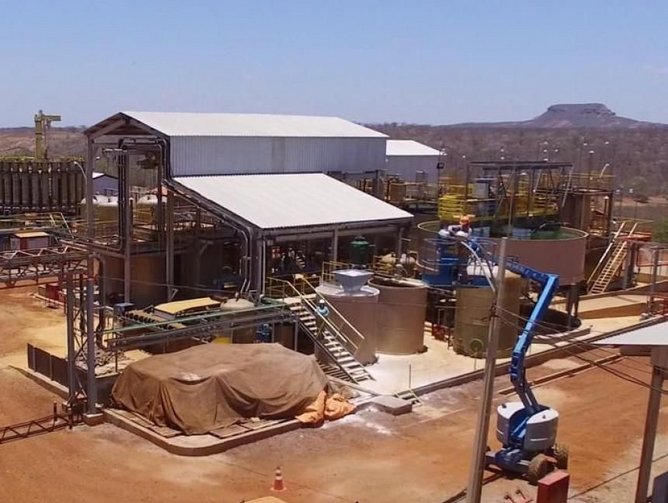 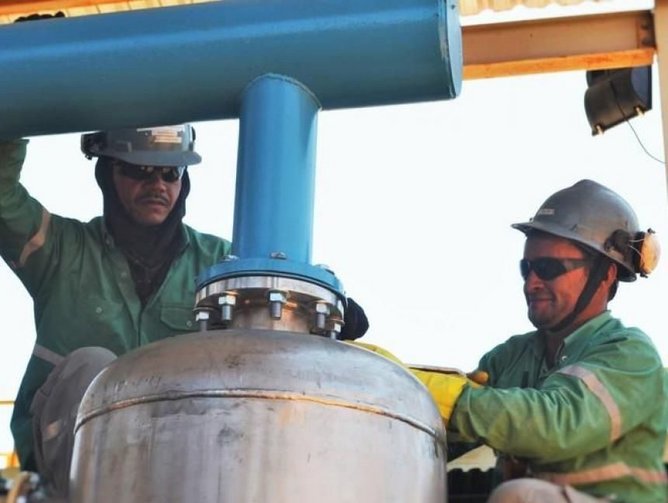 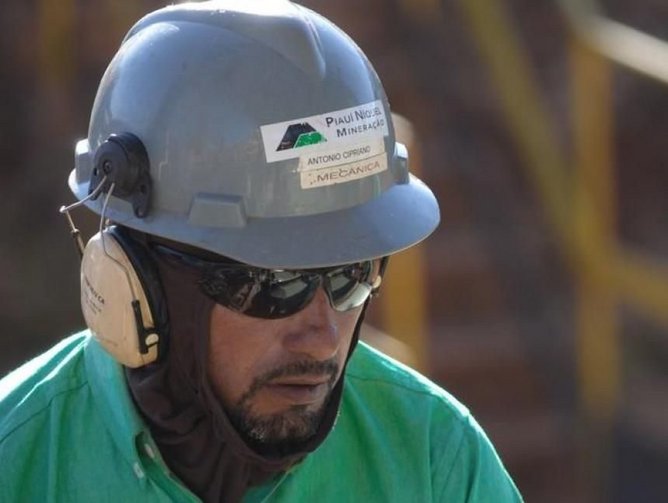 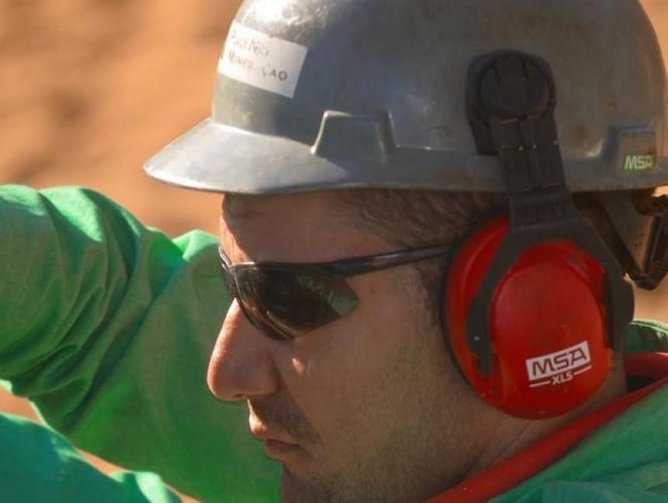 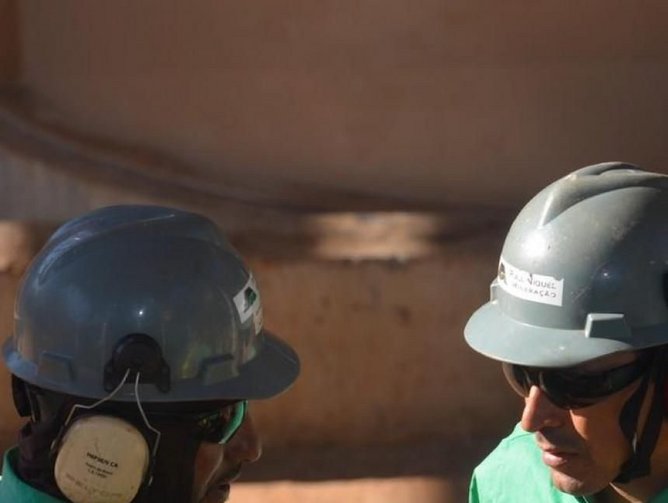 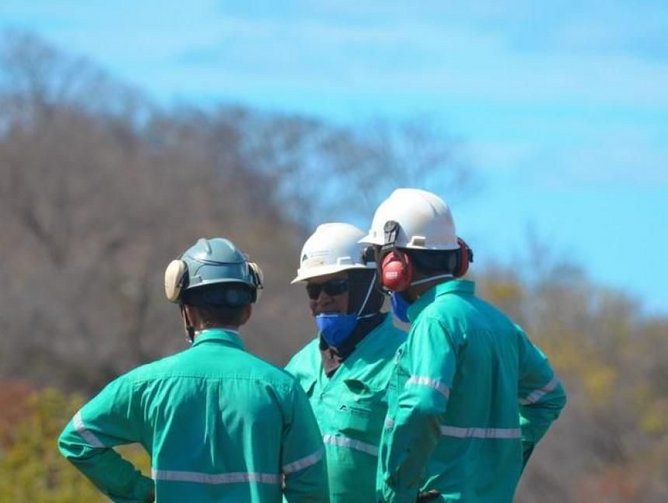 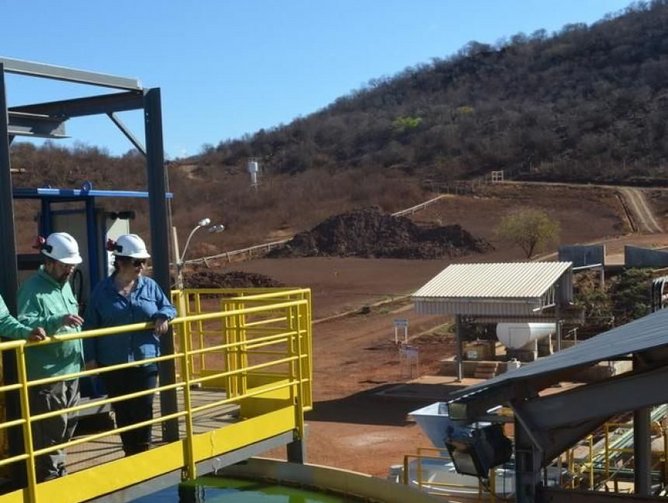 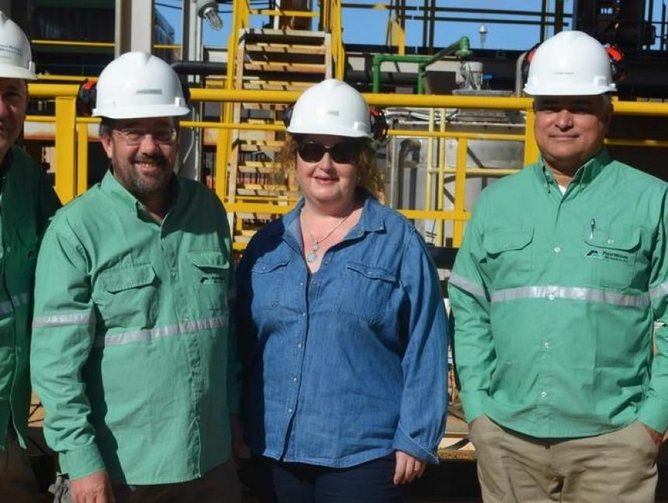 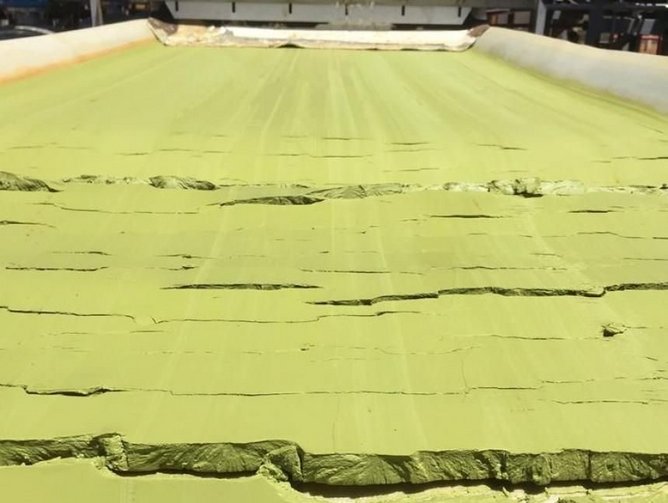 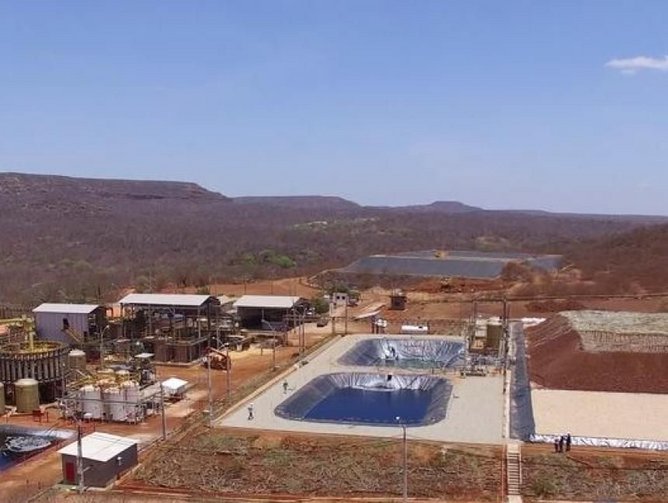 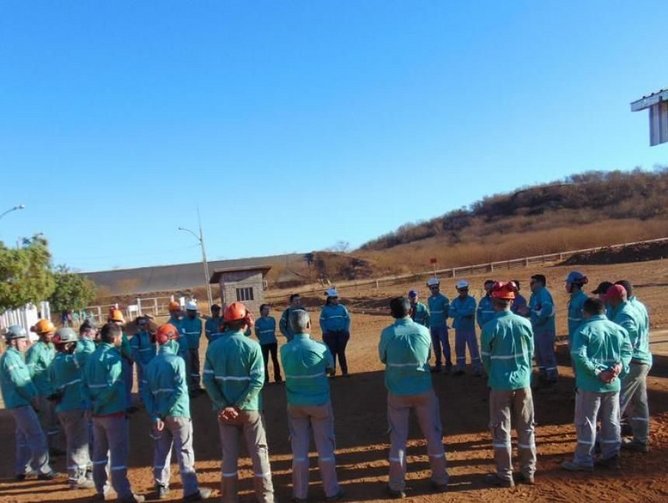