It’s these qualities and more that have enabled brothers Sanjay and Ravi Kathuria to make a mark on the British hotel industry over the last decade with Talash Hotels Group.

Driven by a burning ambition to replicate their uncle’s success in the trade, the pair are proud to have overcome a series of challenges to establish their position in a highly-saturated market, growing their business to boast a portfolio of 13 individual character hotels across the country.

“We were really inspired by our uncle, who used to be a hotelier,” recalls Sanjay. “When we were growing up as children we used to sit on fire-exit stairs in his hotels and have the dream of owning one ourselves.

“Our uncle and his family lived in a mansion with a swimming pool and we were the poor relations, growing up in a two-up, two-down terrace. The motivation was there, knowing you could make all of this out of hotels, thinking that the way to succeed in life was to buy a hotel.”

Both waiters in their early careers, the brothers took their first plunge into ownership in 2005 – but suffered a setback when the property they had lined up to purchase was suddenly swept up by a corporate bidder as part of a wider sale agreed by its owners. It was a blow to Sanjay and Ravi, who saw an opportunity to follow their dream cruelly snatched away.

It took 18 months to uncover another suitable project, but the development of the Falstaff Hotel in Leamington Spa didn’t reap immediate rewards for the duo. The location opened its doors in 2007, but recession hit business hard and by 2009 the Kathurias had conceded 60% of the property’s value.

“We were then forced into business support with the bank, and it was only through our negotiation and our determination that we continued to drive the business through the recession,” reveals Sanjay. “We had to cut costs, we did a number of shifts ourselves, we did kitchen work – we did everything basically. We learned everything there is to learn about running a hotel.”

These experiences proved invaluable to Sanjay and Ravi, who today own a wide range of unique accommodation but each of which are ran in line with the clear management philosophies the pair have established over the last 11 years.

Talash Group’s flagship hotel is at Stoke Rochford Hall in Lincolnshire, an historic location with close to 100 guestrooms, two restaurants and an indoor swimming pool. As well as the still flourishing Falstaff Hotel, other desirable premises include the 11th century Risley Hall Hotel in Derbyshire and the stunning Tudor-design Chimney House Hotel in Cheshire.

In order to maintain a keen eye over their portfolio, Talash has an important relationship with its staff at all levels, as the brothers outline.

“Our General Managers (GMs) come in for a monthly meeting with ourselves, but we also work on a one-to-one connection with them,” says Ravi. “We have created a head office with the key people being a regional business development manager, an area manager, a group operations manager and a group financial manager. But what we tend to do is we try and give our input directly to the GMs so that everyone understands our thinking.”

Sanjay adds: “One thing we don't do, we don't differentiate between a senior manager or a toilet cleaner. Everybody talks about the fact that how, as owners, we go and engage with every single person, whether that be guests or our staff members. Then they feed off each other.

“I always say to every single one of my staff members, ‘please don't come in thinking to yourself your name is Joe and I just work on reception. When you park the car, when you walk in, think to yourself that you’ve booked into this hotel tonight, that you're staying here. What do you see?’”

For every business in the sector, customer service remains by far and away the number one priority. Talash Group has recently invested a six-figure sum to overhaul its web platform, which will become a one-stop-shop for potential visitors to explore the company’s choice of hotels and utilise an innovative booking solution to easily reserve rooms and book restaurant tables.

The new site will also have video content at its forefront, a deliberate strategy to engage the modern consumer.

“In today's market the consumer is buying with their eyes,” comments Ravi. “They're not buying by reading anymore. It’s so important to make sure you've got video websites, which a lot of hotel groups in the UK still haven't got smart to. It’s started in the United States, but it hasn't started properly here yet. We're going to be one of the first hotel groups in the UK to have a video-led site.”

Talash Group’s commitment to innovation doesn’t stop there, with the firm currently working on two pieces of pilot technology that would greatly improve the customer’s experience on-site; a direct marketing tool to send key hotel information straight to guests’ devices when they arrive at the property, and also an automated check-in system that hugely simplifies the process for both the visitor and members of staff.

In February, Talash Group picked up the ‘Excellence in Business’ award at the 4th Signature Awards at the International Convention Centre in Birmingham, and Sanjay and Ravi each admit that the surprise at receiving this recognition led them to reflect on the journey they’ve been on since 2005.

As a gesture last Christmas, the brothers helped with providing food for the homeless community and both are determined to inspire other young business people in the West Midlands and beyond to follow through with their aspirations, as Ravi explains.

“We feel a lot of young people can benefit from our experience. What we've now started to do is work with some of the local entrepreneurs to create a community. It’s about engaging them with how we did it – we know how to continue the growth in our business but some people don’t get that opportunity.

“There are some amazing entrepreneurs out there but they don't know how to take it forward. This is about bringing awareness to younger entrepreneurs of how to do just that.”

Would entering into business with your sibling be one piece of advice?

“We get questioned on this every day by so many people because sometimes two brothers in business just does not work,” Ravi laughs. “The beauty with me and Sanjay is that we'll have an argument if we need to for 15 minutes, but we know by 25 minutes we will make up and that’s key to making the business a success.

Sanjay goes further, revealing: “We have an amazing working relationship to be honest with you. We normally come to decisions quite quickly and sometimes it's scary because I'm saying something and he's already thought it, it's strange the way our minds work. We’re like two peas in a pod.” 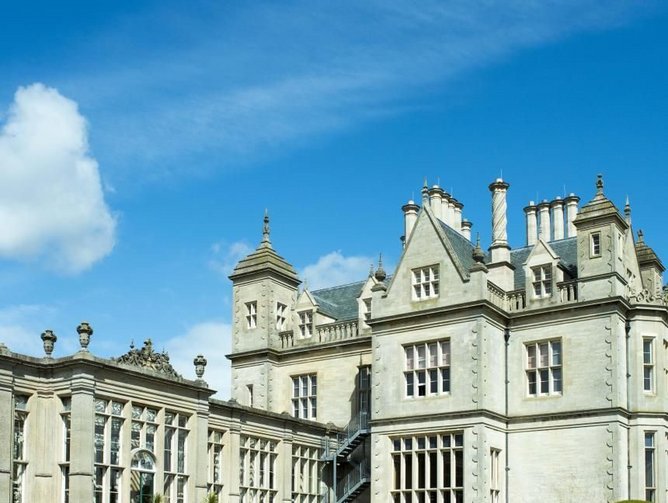 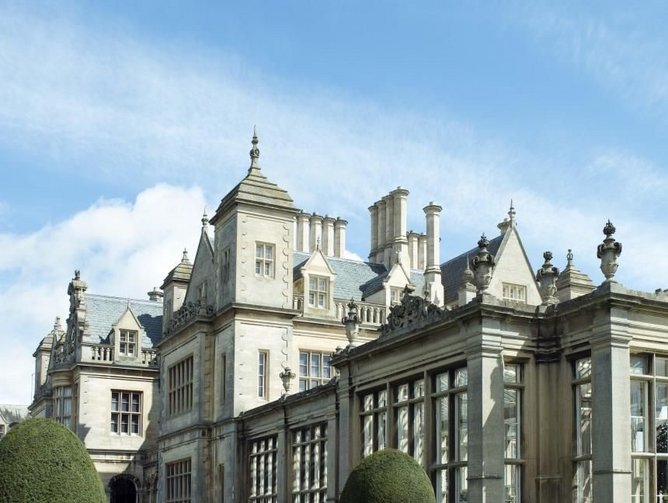 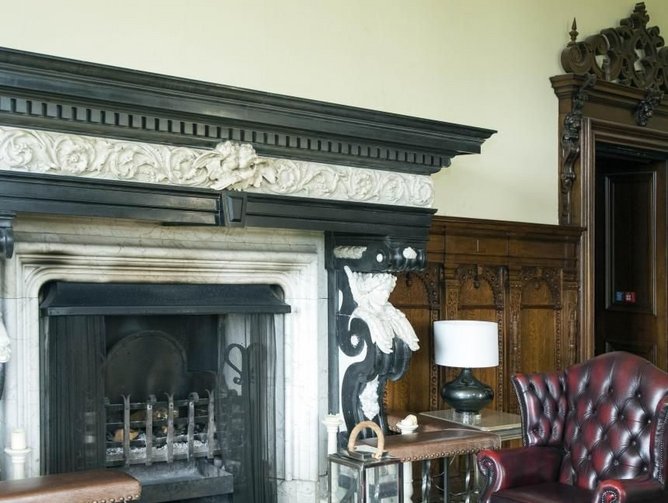 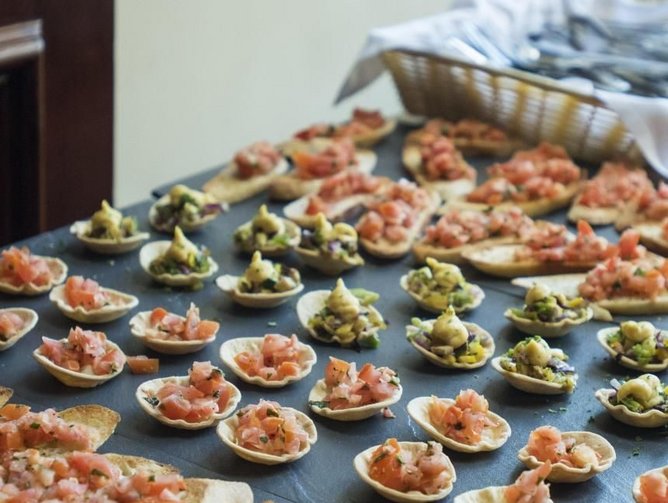 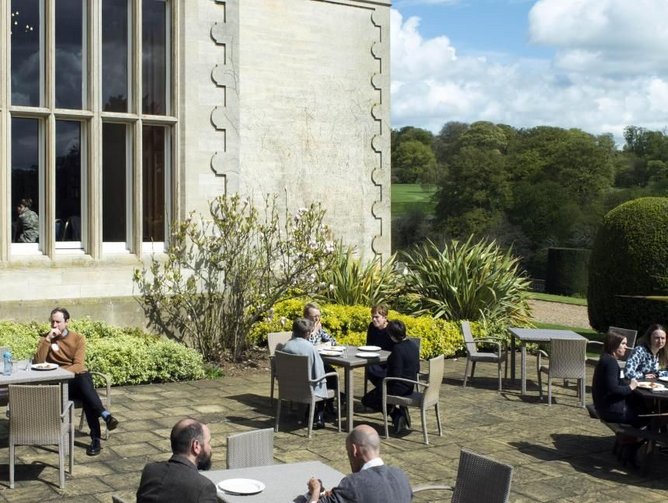 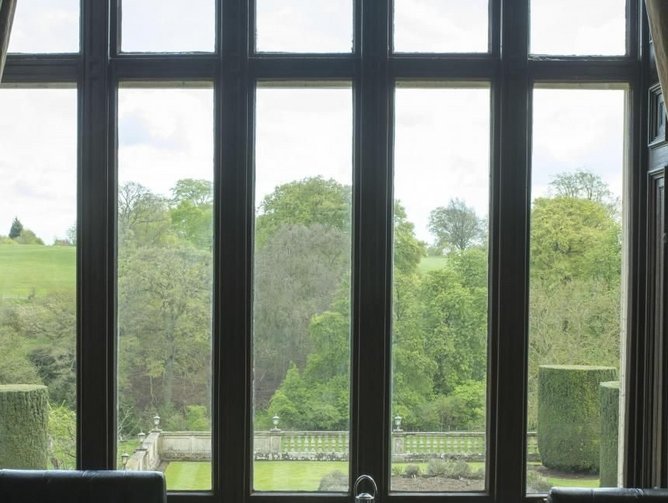 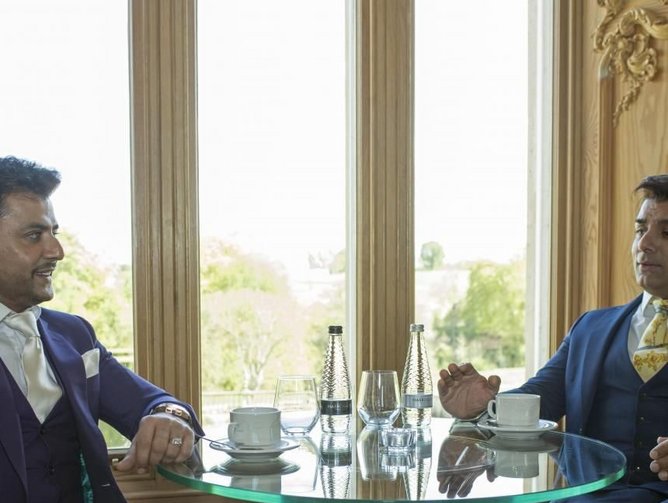