Sky is continually seeking to expand its operations, whilst remaining at the top of their game through digital innovation.

With 22 million customers in the UK, Ireland, Germany, Austria and Italy Sky quickly morphed from being a federation of national companies to one team sharing a brand. “Customers will benefit as we launch exciting new services, bring them even more great TV and accelerate innovation across all of the markets in which we operate,” promised Sky CEO Jeremy Darroch at the time. Sky operates in a buoyant and dynamic market. Technology is constantly changing in the entertainment space, and the 65 million households that have not yet signed up to pay TV represent a tempting market. Sky is by no means limited to its core business of providing entertainment: it's playing an ever greater role in the provision of infrastructure which carries that content, such as fibre optic cable, and now a mobile phone service which has been successfully trialled and is due to launch in the new year.

The strategy behind the merger was to share strengths and expertise from across the group to serve customers better, accelerate innovation and grow faster. Clearly the needs and expectations of German, Italian and English-speaking customers are very different, and the organisations in the three countries will continue to reflect that, but as in any corporate consolidation, synergies existed. A key opportunity lay in procurement. The leadership decided the best thing would be to look to leadership within the group. Accordingly, some 18 months ago the Head of Procurement at Sky Italia, Fabio Francalancia, who had created and managed over a five-year period a very successful and visionary team there, was asked to gather together a group procurement team, replicating some of the concepts he had developed in Italy and leveraging best practice from procurement offices in all three countries.

No more back room

To say Francalancia approaches his role as Group Chief Procurement Officer with passion is, for once, no cliché. “We Italians are very passionate and anyone who knows me can see how passionate I am. What gives me energy is all the people in the group procurement team. Their work ethic, dedication and desire is amazing, I feel it in every location - together we can achieve amazing things.” It would be very difficult to resist that energy, but why would anyone want to? Procurement may not have been seen in the past as the most exciting department, but it is a function that underpins all other activities, reaches every part of the organisation and is now losing its back office image and taking its place in the development of corporate strategy and business growth.

Procurement was the first internal organisation to merge into a single team as opposed to a federation of teams. “We are expected to be a change agent, creating a single approach to buying and a single checkpoint before spending any money.” His primary goal was to spread a positive attitude. It's easy to fall into the old back office admin attitude, rubber stamping other people's purchasing decisions, he says. But it is better to be a change agent, provoking initiatives and offering internal stakeholders the chance to gain efficiencies through new technology. “We are that change agent across the three countries.”

The size and composition of the now merged team has changed very little. It already consisted of dedicated professionals, and in Italy at least the team were bought into the vision. Different challenges were presented in the other two countries – the UK for example had a mature procurement platform in place, whereas Germany had none – it was more like a startup. “Once we had a clear view of our roles, the next thing was to turn to the tools available. Currently a Procurement Manager working in one country hasn't got full visibility of requisitions coming in from the others – he has to pick up the phone. But that won't be the case much longer.”

The big technical story is around the move from on-premises procurement systems to an in integrated, cloud-based system. November 2016 sees the migration of all group procurement activities to SAP's Ariba platform, which makes buying, selling, and managing cash as easy and intuitive as using Amazon, eBay, and PayPal. It will contribute scalability, mobility and above all transparency to the entire operation. Ariba Cloud is a procurement tool that will manage sourcing and procurement processes from end to end in a single system used by all the users across the three countries

Ariba will help the transformation of Sky procurement into a category-driven organisation, one of his principal objectives. Instead of a single individual in each of the five offices dealing with a particular category, such as hardware, software, editorial production, marketing or technology, teams will work as a centre of excellence in each category and will be spread throughout the organisation. “You can't be an expert in 20 categories, and if one individual is expert in digital procurement for example, it is better that all three customer organisations get the benefit from that expertise.”

Today there are around 80 people reporting into him; where they are sitting does not matter anymore. However, it isn't true to say that procurement activity is limited to those 80 professionals. When a strategic procurement choice has to be made, an average of 10 people will typically be involved. Only two of those belong to the procurement team but the other eight are crucial to that decision, therefore part of what may be termed an extended virtual team. As he insists, systems, processes and people are three legs of the same stool. “Category management across the three countries will never happen if we are not strong in each of these areas. But with these three concepts firmly in place I am sure we will build a progressive procurement organisation.

Too often he sees the result of companies enduring legacy systems they can't rely on, or if the systems are sound they fail to invest in people, or they don't have the support from the leadership that is needed to improve procurement. It's a single story line and it needs to be intact. “At Sky Italia I had the good fortune to build something really good – now I can do even better things for the group because we have many more resources, intelligence and talent around us, and the willingness is there.”

Procurement in a lead role

His team contains a broad range of talent including potential leaders. “Development of that talent is crucial. We can't succeed without it. Developing people’s careers is a necessity for the business.” Some key jobs need to be filled more urgently though, which is why talent is being hired. Take Jane Dormer, who was appointed as I also have a strong belief in being a strategic partner to our suppliers, making sure we are driving the right partnerships with the right people in the new setup.”

In this she echoes the sentiments of Fabio Francalancia, for whom the supplier relationship means dealing with individuals who are as committed to the Sky account as his own people, forming another arm of the virtual procurement team. Sky was on this journey but still had some way to go, so I saw it as a challenge to help support and lead Sky's vision . All those words can be applied to group procurement.” As well as attracting and retaining the best talent internally, she adds, vendors should understand that Sky wants to be a strong business partner for them. “If Sky becomes the best client in their stable, and the best people there want to work on our account, that will not just be because Sky is a great entertainment and communications company but because Sky's an effective operator, and they know their role within the bigger picture.”

A mania for consensus

Another key role redefinition was the recent appointment of Tony Sturcke from his former job as Head of Technology and Entertainment Procurement at Sky to that of Group Procurement Director, Technology. “We are applying a strong category focus across the group,” he explains. “I'm responsible for the technology which covers our IT systems, our broadcasting technologies; the delivery of content to the screens and mobile devices.” He also oversees procurement for Sky's telecoms networks, a fast growing business. All in all there can't be much he doesn't touch. And most of that is a moving target, given the speed at which technology is being developed. As an example he points to the recent launch of Sky Q, the companies next-generation home entertainment system which gives customers the ability to watch shows from their box, whether live, recorded or on demand, anywhere around the home on another TV or tablet as well the choice to pause on one TV screen and pick up where you left off in another. It's streets ahead of any competing product and the technology that supports it is cutting edge. “The organisation has diversified and expanded over the last ten years quite rapidly from the traditional direct to home service to offering services from a choice of platforms, whether that is OTT, satellite, cable or mobile” says Sturcke. “What has driven this are the core strengths of Sky – delivering the best content whether through original programming, or entertainment or sports content, where we are seen as the brand leader in each country.”

Part of Tony Sturcke's role is to keep the company's key technology partnerships working for the benefit of both sides. For example, we already looked at the way migration to Ariba is being managed: however there are a host of key relationships that keep Sky's infrastructure running smoothly in the longer term. A good example is Sky's deep engagement with HP, a primary provider for much of the company's desktop servers and infrastructure. “We work closely with HP on innovation and the benefit is really felt among our customers both internal and external – for example we host key applications, supporting our key businesses such as Sports and Sky Store, on this infrastructure. Working with great partners like HP and Oracle really enables our business: we look on it as combining our core strengths with theirs to enable the business and simplify how things are done”

Getting the right people in place has been a cornerstone of Fabio Francalancia's vision (which he himself admits amounts to a mania). Technology giants like HP and Cisco were among many companies that had direct relations with the three national companies: today Cisco' former UK account manager and HP's manager on the Sky Deutschland account were chosen as key account managers for the new global business “It's great to be working with best of breed partners but you need their people to buy into the vision too. Our partners have been asked to bring their best people to Sky to serve our relationship. They should, as SAP did with Ariba, be able to suggest which kind of system was best fitted to Sky's vision of building an agile, expanding virtual organisation, then coming to us with a solution aligned to our vision.” That, he says, defines good practice in a supplier – the ability to listen, capture the vision and then shape their solution to the customer. 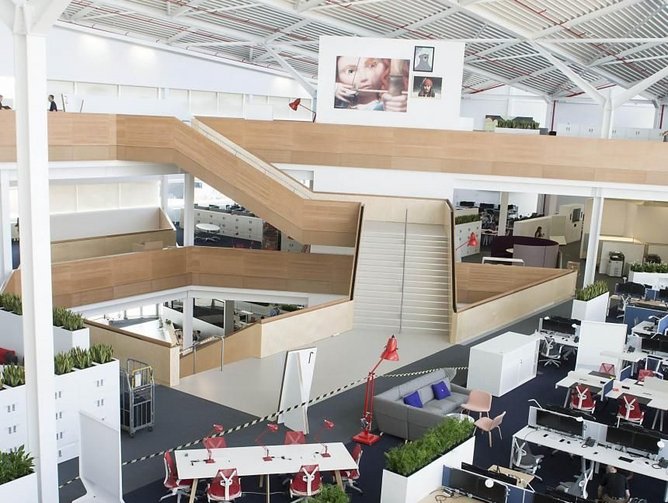 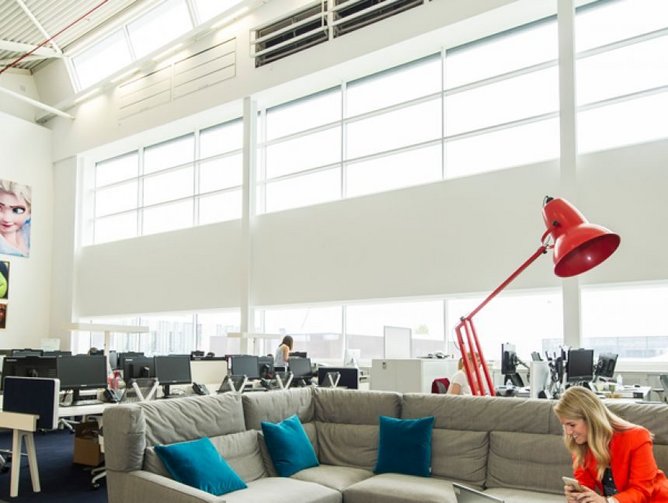 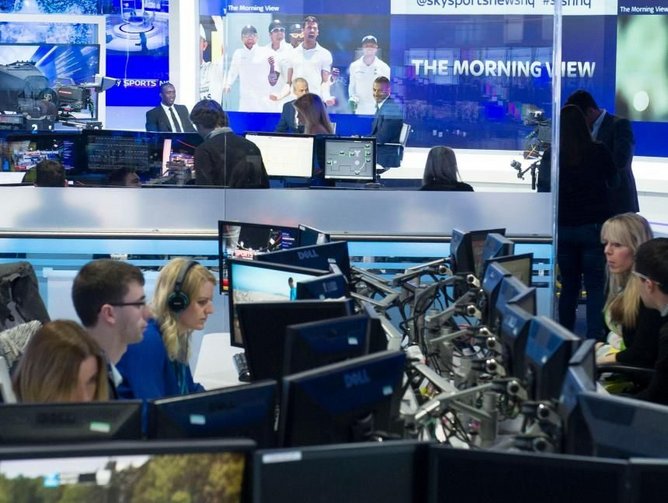