Entwining spectacular Baltic bays, a stylish design scene and a dependable economy, the Finnish capital of Helsinki regularly tops the leaderboard as one of the world’s most liveable cities – and it has the numbers to back up this claim. For the past decade, the capital’s population has grown by more than 1% on average every year and, by 2050, Helsinki expects to add an extra 250,000 residents. As other cities struggle to accommodate swelling populations in limited urban spaces, the City of Helsinki has devised a meticulous plan to ensure that it remains a world-class location for businesses, residents and visitors alike.

The most functional city in the world

‘Functional’ is a term that is synonymous with Helsinki but, as part of its 2017-2021 strategy, the Nordic capital aims to take this one step further by becoming the most functional city in the world. Together with residents, the capital is rallying to create coordinated, efficient and humane public services which will make everyday life easier for citizens. Helsinki City Construction Services, Stara, undoubtedly has a pivotal role to play in this roadmap, delivering construction, environmental management and logistics services to the capital. With almost 1,400 employees and hundreds of utility vehicles and other machines, this municipal enterprise is responsible for maintaining and constructing the streets, parks, natural areas and city-owned buildings in Helsinki. As the city pushes ahead with its five-year plan, Sami Aherva, Head of Stara Logistics, points out that whilst technology is a vital tool, the primary focus will always be on the needs of citizens.

“The strategy hopes to make Helsinki competitive on a global scale,” he explains. “It’s a pretty bold aim. We don’t want to be among the top 10; we want to be the most functional city in the world. We are going to remodel our services and enhance the lives of our citizens through technology. However, this will be based on citizen demand; we’re going to make sure that we listen to every single inhabitant to create a meaningful city structure.”

Digitisation goes hand in hand with the City of Helsinki’s five-year strategy, and as such the capital has also ramped up its efforts to become a smart city. When the European Parliament published its findings on 468 smart city projects in Europe in 2014, Helsinki was ranked in the top 10 smart cities, alongside Amsterdam, Barcelona, Copenhagen, Manchester and Vienna. But what exactly propelled the Nordic capital to the top of this report? The city was praised thanks in part to Forum Virium Helsinki – an innovation unit within the City of Helsinki which develops smart city technologies in partnership with other units and residents – as well as the opening up of municipal data and decision-making data.

By looking at the numbers behind Helsinki’s economy, education system, health services and more, open data was seen as the first step that the capital needed to take to become both a functional and smart city. Ilpo Laitinen, Head of Stara Administration, argues that this accessible data has not only made the city more transparent but it has also helped to foster citizen engagement.

“Through the open data project, one of the data sets that you can access is the city’s decision-making data which helps to make this an increasingly transparent process,” he explains. “At the same time, Helsinki also wanted to create an open source services platform whereby companies, SMEs and even residents can work together to develop our own services. We are at that stage where we are now developing our services and engaging citizens to be a part of the process.” By creating participation engagement programmes and making residents a part of this journey, the Nordic capital isn’t implementing technology for technology’s sake but rather is implementing digitally-savvy public services which are community based. “Our coders follow certain codes of conduct and guidelines, to ensure that they’re making services based on citizens' needs, rather than experimentation,” Laitinen adds.

But what does this mean for daily life in Helsinki? What impact are these strategies having? To see this first hand, it’s best to take a look at Kalasatama, a former harbour and industrial area in Helsinki that has been transformed into a hotbed of innovation. The City of Helsinki has been experimenting with everything from social and healthcare services to waste management, energy solutions and even smart parking. “It’s a testbed for our smart city initiatives that can be scaled up to other parts of the city as well,” Laitinen notes. “A number of infrastructure services have been and will be automated. Solar panels, smart metering and smart remote control systems have also been embedded here. Additionally, the district has also tested a unique vacuum waste collection system whereby waste collection points transport waste to waste management facilities via underground pipelines.”

Additionally, the City of Helsinki and Stara have encouraged locals to ‘Reboot the City’ by hosting a series of hackathon events. This has led to the creation of ‘helper’, an app which provides optimal routes for Helsinki winter maintenance crews, as well as Call Plate, an automation technology which alerts car owners to when they have parked in restricted places.

A greener way of living

Helsinki has set itself bold targets for the next five years but it doesn’t stop there. On top of this, the capital has committed to an ambitious goal to become completely carbon neutral by 2035. In Helsinki's metropolitan area, the electrification of buses has already begun, with an aim to have over 100 electric buses in operation by 2020. The city has also been a testing platform for new smart mobility solutions such as the Mobility-as-a-Service model, which hopes to make car ownership unnecessary by promoting existing services like ride-hailing, trip planning and car-sharing.

Stara has also taken up the fight against climate change and has switched to biofuels to power its non-road vehicles. “Stara is a cleantech leader,” observes Aherva. “My personal goal is that I would like to robotise the whole fleet of vehicles and processes we have. We are also using several means of clean technology like biofuel, electric, hybrid and fuel cell. In order to achieve our 2035 goal, we need to reduce our CO2 emissions by 1.62% every year. We've done that by using biofuel but to bridge the gap we also need to look at new technologies.”

A key part of Stara’s daily business involves using snow ploughs, city sweeps and other environmental management machinery to ensure that the city can continue to run regardless of the whether it’s sunny, rainy or snowing. This industry may not be fully developed just yet, but by creating an ecosystem that fosters R&D and innovation, Stara hopes to make this sector greener and more efficient

Providing a platform for Vilakone Oy (a leading environmental management machinery firm in the country), Stara hopes to help the company develop and investigate the use of energy efficient machinery. “We are providing Wille with the environment to develop market-ready products that may be electric or hybrid,” observes Aherva. “Once they have the ready-for-market machinery in place they can then also sell it everywhere. This showcases our role as a development platform for innovation and new energy efficient innovations.”

As Helsinki’s 2021 deadline inches closer, Aherva says that the city will not only transform its processes and technologies, it will also “change the whole culture of the city.” He says: “The city’s services are going to transform. It’s a game-changing type of approach. The role of the public and private sectors will no longer be black and white: it’s more collaborative. Helsinki is the platform that many companies need to try something new.

“We are trying to solve real problems for real people in Helsinki,” he concludes. “It’s not just about data: it’s about better decisions and better approaches to city issues. When it comes to our services – be they technical, street maintenance, construction or logistics – we don’t want to deliver services the way we always have. We want to collaborate with these innovators and networks to renew and improve our city. This program is very much about social capital; it’s about improving the quality of life for our residents and our companies.” 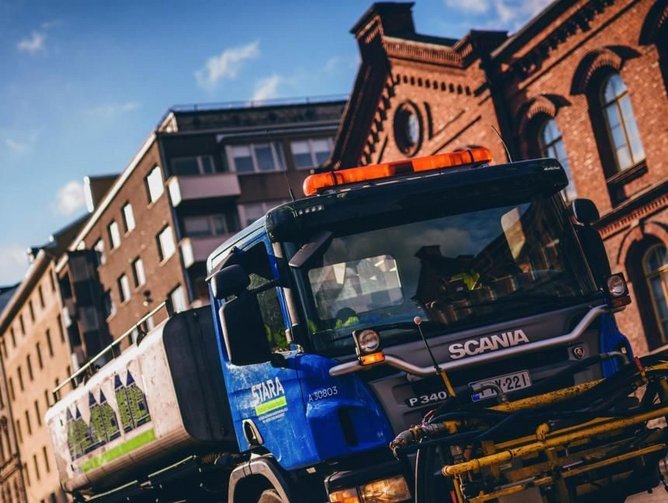 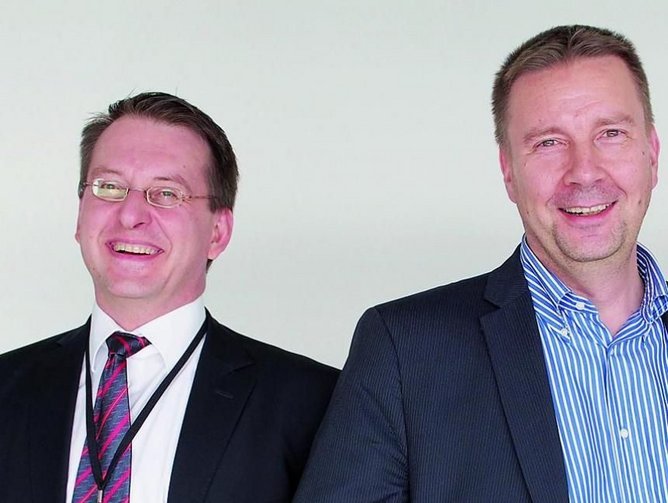 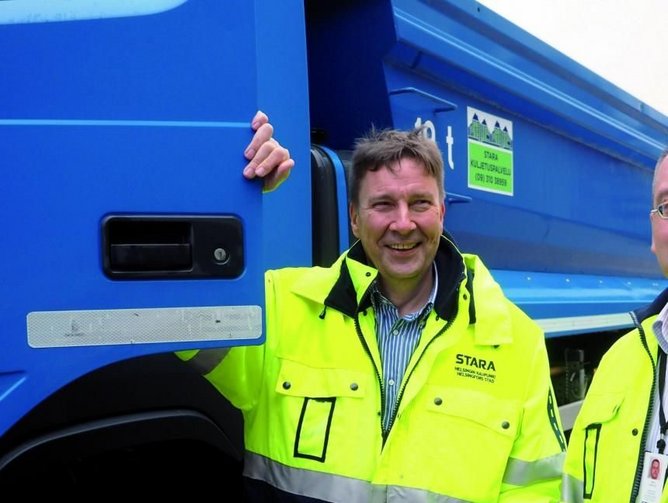 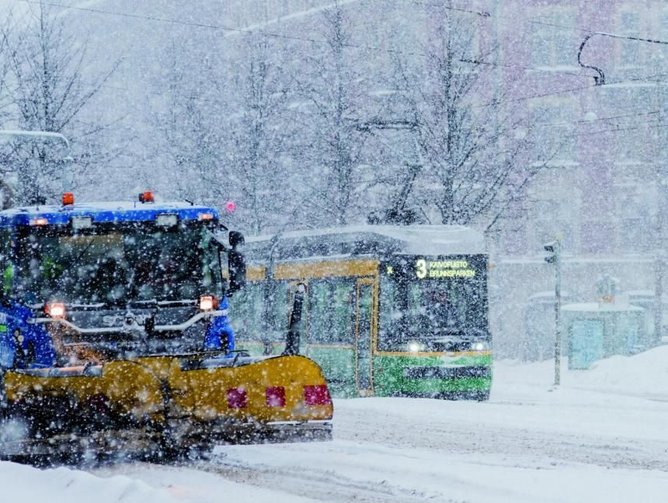 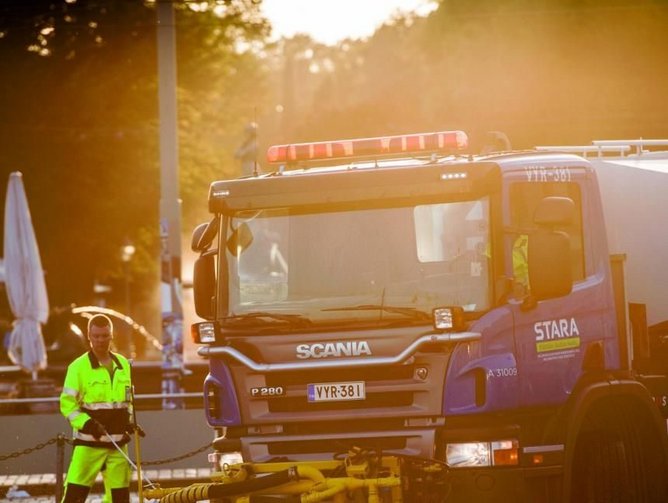 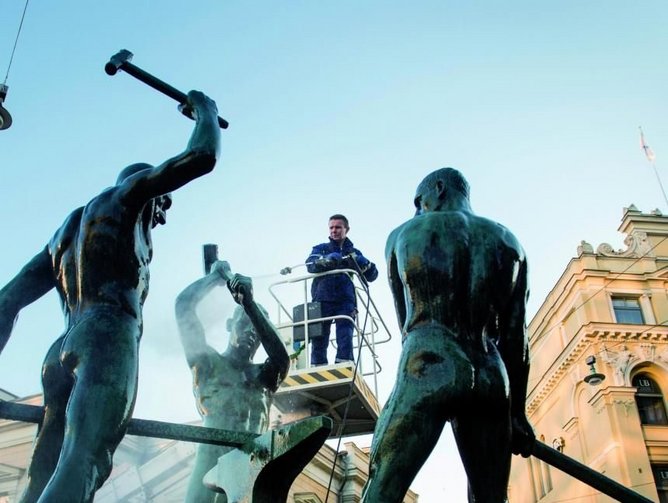 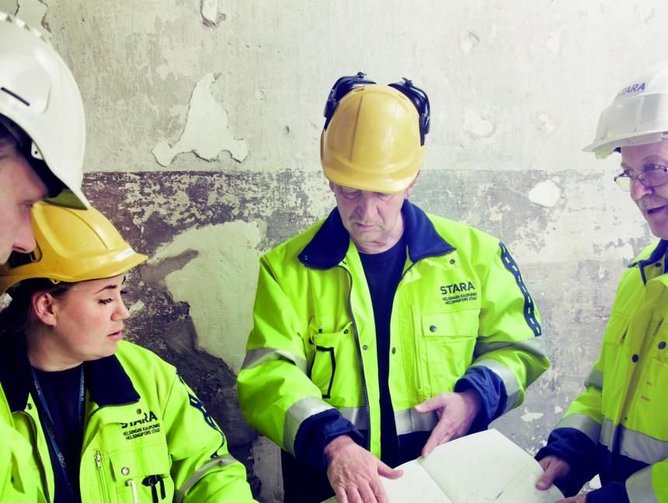