The weather, and the accelerating rate of climate change impact the bottom line of every government and business in the world, however Saudi Arabia's environmental service is as much about ethics as economics. As its President HRH Prince Turki Bin Nasser Bin Abdulaziz said when PME was launched in 2001: “The Islamic perspective relative to environment and natural resources is established on the basis of damage prevention, protection and conservation, so that the life becomes a continuous state of sustainable development.” This is a holistic view of our shared responsibility for the environment, biodiversity and the quality of life of all mankind.

PME is the government body in charge of all environment related issues in the Kingdom of Saudi Arabia, as well as meteorological information and weather prediction. Based in Jeddah, it works with the public and private sectors to implement standards in air pollution, waste treatment, the marine and coastal environments as well as being in charge of meteorology. The organisation's primary role is to spread environmental awareness among all members of Saudi society and provide protection for present and future generations. Any company looking to do business in the Saudi environmental market must obtain a licence from PME. Crucially, it provides up to date information to the air traffic control authorities, and supplies the media with early warning of severe weather events.

Daily information gathering is carried out by 23 local offices mostly located at the regional airports across the Kingdom. Information on wind speed, humidity, temperature and the like is continuously being collected from ground-based sensors and balloons, and fed back to the central computing facility and HQ office at Jeddah. There are also some 14 radar stations each with a range of 250 kilometres. All this requires a great deal of processing power and wide communication networks, placing IT at the very core of the business, and the appointment in August 2015 of Dr Adnan Al Bar as PME's first CIO marked a step change in its strategy. “Formerly we had an IT department that was seen as a necessary back office function rather than a strategic enabler for the business. Now my task is to ensure that our business goals and objectives are aligned with a proper IT strategy.”
An IT specialist, Al Bar has a background in consulting and academic work – he is a co author of Determinants of Cloud ERP Adoption in Saudi Arabia: An Empirical Study – and he admits that it took some time to familiarise himself with the specialised work of meteorology and environment prediction and sustainable development. “After doing my initial assessment I soon found a number of areas where improvement can be made. Our digital transformation operation will, I believe, take the organisation into much better position in terms of both meteorological prediction and environmental best practice.” At base, the function of CIO is much the same in any large organisation, he says.

His first move was to create an IT architecture roadmap for all of PME's divisions, assessing their needs in terms of systems and software. This revealed the lack of a comprehensive Enterprise Resource Planning (ERP) infrastructure. This was a big opportunity for early gains in an organisation with an annual turnover of $150 million. After looking at the various vendors in this market, it was decided to implement an Oracle system to bring together key business functions like financials, planning and administration. All of the hardware to support this digital transformation is housed in a new state of the art data centre. It is already operational, he says, and all of PME's IT staff will be moving there over the coming months.

Meteorology today relies on an unprecedented quantity of input, with readings from thousands of sources flowing in without a break. But data collection is of no use unless it can be organised. His next project was to put in place a big data structure. “I wanted to invest in Big Data analytics so that all the meteorological and historical climate readings can be gathered together in a data warehouse.” Once again Oracle technology, together with as much local support software as possible, will be implemented using Oracle development methodology to deliver very much improved weather prediction for the stakeholders – the government, the businesses and all of the people of Saudi Arabia.
At present PME is very much a government body, publicly owned and funded, and accountable for all environmental matters. As such its focus remains entirely on providing the services for which it is well known, such as extreme weather prediction (including advice to the education sector on such matters as school closures), day to day information to shipping, airlines and business, and licensing. However there is a plan to split it into two separate companies, one for the environment and one for meteorology, each operating as a commercial entity though the government will continue to be a principal shareholder. This move will open the way, says Al Bar, to revenue generation from a range of activities. “For example it's our statutory duty to supply weather prediction services to the General Authority of Civil Aviation of Saudi Arabia (GACA). No flight can take off or land without a weather report.”

An additional benefit will be the freedom to operate as a business, one that sets its own procedures rather than being tied to civil service rules and regulation. It will be able to bring in talent and best practices from the world of business, which will further benefit organisational efficiency and, he believes, cut costs. “Of course we would no longer be directly subsidised by the government and would have to generate our own revenues – but the public sector would still be a major customer.”

To get PME future ready he is facing the challenge of closing the skills gap. “We are preparing a training schedule for all the IT staff, taking into account the changes that we expect to happen in the business. We have to become a fully certified organisation if we want to be a preferred service provider to the government. We are also trying to recruit people from business. One problem we have is that our people have been working in silos – the IT people don't speak the language of meteorology and the climate experts don't understand IT – and though we do have some people here who can bridge that gap, we need more.” Finding enough trained IT people who also understand the world of business is a challenge facing most of the organisations in the region, he says.

The weather will always do its own thing. Before the tragic crane collapse last September, which killed 111 people at the Grand Mosque of Mecca, PME sent out a warning 24 hours before the event, however in February this year heavy rains that it predicted for Jeddah did not materialise. “We are always under pressure: we do our best but sometimes we will get it wrong,” says Adnan Al Bar ruefully. Weather forecasters all over the world will agree with that – however the route to better prediction undoubtedly lies with better IT and data management. 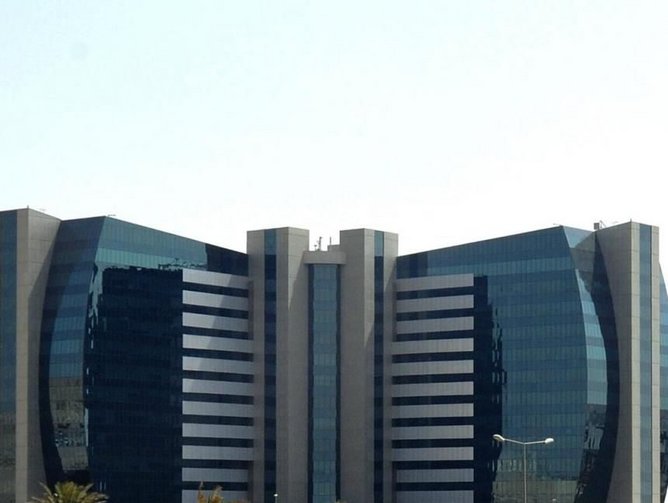 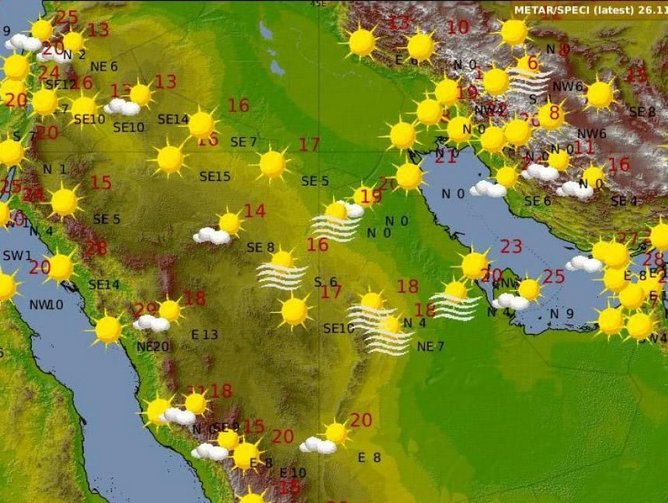 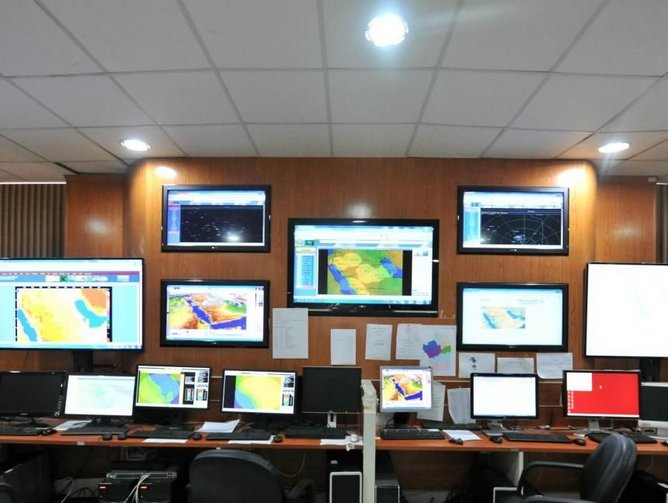 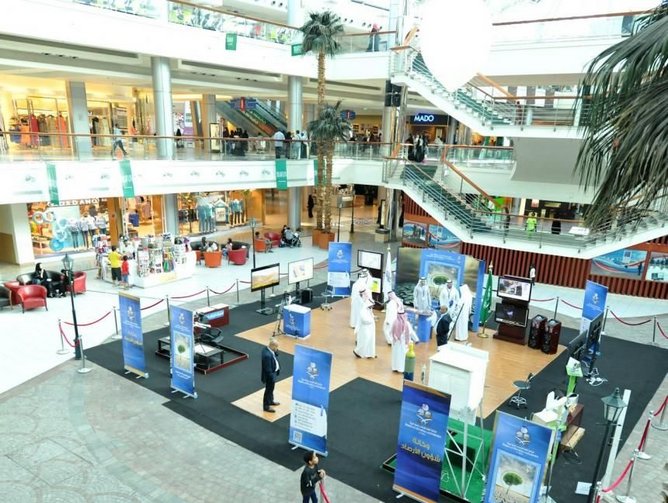 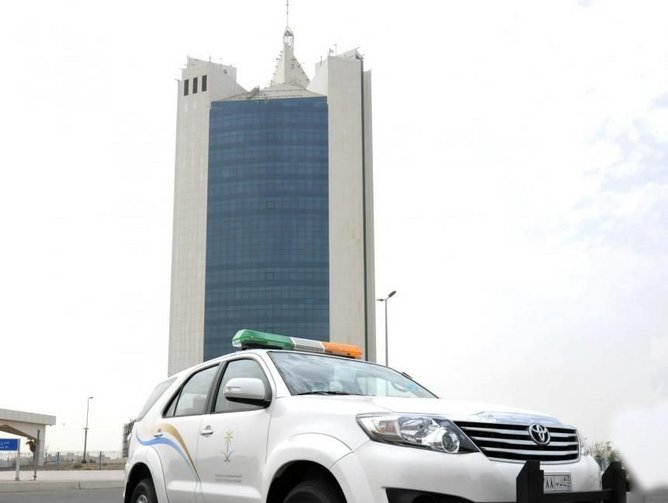 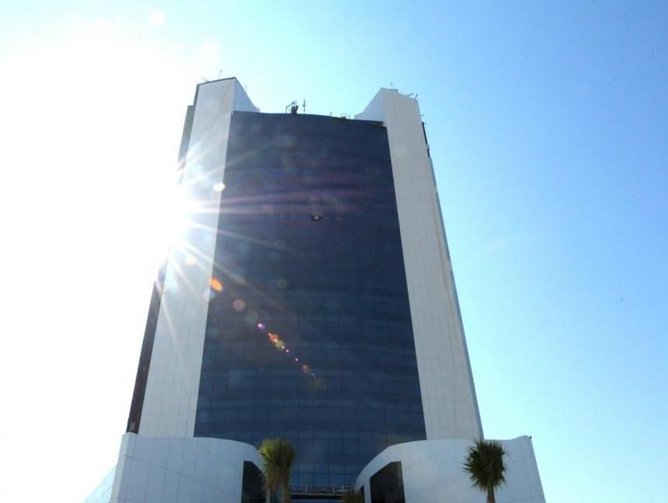