Containerships is embarking on a €300 million journey in order to replace its land and sea vehicles over the next two years, meaning the business will achieve pleasing energy-saving results at the same time as increasing container capacity by 70 percent.

Headquartered in Helsinki, Finland, since 1966, the company has gone from strength to strength in recent years and now has a presence in 21 countries, with 20 of its own offices to house its 550 employees.

It provides every service customers need to ensure safe and rapid door-to-door container shipping between Russia and the Baltic, Europe, UK, Ireland and the North Sea, as well as between North Africa and the Mediterranean. With approximately 13 vessels in operation, its own truck fleet in Finland, Russia and the UK and 15,000 containers, Containerships offers customers a wide range of choice for all standard and special container sorts and complete coverage using sea, road, rail and river container transportation.

Antti Laukkanen, Group Land Operations Director, said: “We’re logistics specialists in Europe and parts of North Africa, we calculate how goods can best be routed in the most environmentally friendly manner. With this in mind and in the face of new regulations in the Baltic, we are in the process of a multi-million euro project to replace the entire fleet of our sea vessels. We purchased these from China, the first is set to arrive in early 2016 and they will all be powered by LNG (liquefied natural gas) fuel.

“Three or four years ago logistics companies had a big challenge in Northern Europe surrounding legislation around energy consumption in the Baltic and North Seas where a sulphur emission control area (SECA) was put into force. The environmental regulations are set by the International Maritime Organisation and came into force on 1 January 2015. We did a strategic analysis of all available data, assessed all options and it was subsequently decided we would go for LNG fuel for our fleet.”

Considering that Containerships’ annual turnover is €220 million, the €300 million investment to possess more environmentally friendly vehicles is a substantial one to say the least. But as Baltic and North Sea vessel operators must find an energy source that contains no more than 0.1 percent sulphur against the previous target of one percent, Laukkanen sees it as one that was necessary.

He said: “This investment project improves our vessel efficiency not only by exceeding all known future environmental regulations but it has simultaneously increased the capacity meaning we maintain competitiveness in the shipping industry.

“Within that investment, we’ll also be converting the road trucks to run on LNG and purchasing additional containers in anticipation of more cargo and therefore more customers on board. One by one we are letting go of these older conventional vessels. But at the same time this is a long-term investment that has also seen us reduce our carbon footprint by 25 percent, which we’re really pleased about.

“So now we have the capacity, we have the energy efficiency, and we have the agility. Because we are still a fairly manageable size, we are able to offer one night deliveries which is obviously hugely beneficial to the customer.”

Some major customers and partners include consumer goods companies such as Proctor & Gamble and Unilever, as well as famous Scotch whisky brands from Diageo. Containership also transports a considerable amount of IKEA products within Northern European regions. Most of these products are being exported from Western Europe into Russia, and the company is able to handle everything from customs clearance of import and export cargo and the paperwork for reimport procedures for arrival and/or departure by sea or truck. Another added benefit is the fact there are no third parties involved for any of these companies.

From a technology point of view, Containerships is investing in the vessels and the trucks, which is an imbedded investment of LNG and technology. The technology aspect of the investment includes brand new tanks on the ships, as well as cooling systems which will make a very positive impact. From the IT and operating systems point of view the group is developing these components all the time in such a way that allows the firm to cope in this new age of increased volumes.

But this relentless push forward is not without its challenges, and although Laukkanen acknowledges this and remains vigilant to adversity, he remains confident this will not overtly affect the business. He said: “Russia is and will continue to be an important market for us and we all know the crisis ongoing at the moment. But we think in terms of transporting consumer goods, automotive parts and alcohol from other European countries such as the UK, France and Germany; there is still a big future growth opportunity there.

“Of course the sanctions has affected us to an extent, but the direct impact hasn’t been that huge. The bigger impact has been the Russian economy slowing down and decreased spending habits. The normal levels of customer consumption is down - that is having the larger impact on us.

“Our company and owners have been working in Russia since 1990 though and we have faced crises before, with recessions and so on. It’s not a new thing for us and so essentially so we have not run into Russia only to step out during the bad times, we have already been present in here for many years so we are not going to back away now. It’s a long-term focus and investment, and we’re confident it will continue to be fruitful in years to come.”

Looking forward, Laukkanen is planning on providing a much more tailored service to the individual customer, as there seems to be a demand for this approach. With facilities and containers in every major European port, and container depots and warehouses in the UK and Germany, Containerships is well positioned to offer a more customer-centric service.

He concluded: “We have certain core ports like Helsinki, St Petersburg, Teesport, Rotterdam, Lübeck where we call to often and depending on the situation market and customer location, we are adding some new ports to our portfolio to increase our scope of presence.

“There are a certain amount of containers there in each port so when there is transportation needs from the customer we are able to answer on a fairly quick basis.

“It’s always difficult to predict the future but I think the customer-base is growing and they are wanting more reliable deliveries and pinpoint service. Instead of sending one container and saying it will be there in Russia sometime next month, you need to say the container will be in the Moscow warehouse next Tuesday by 6pm; that is the direction we are going.” 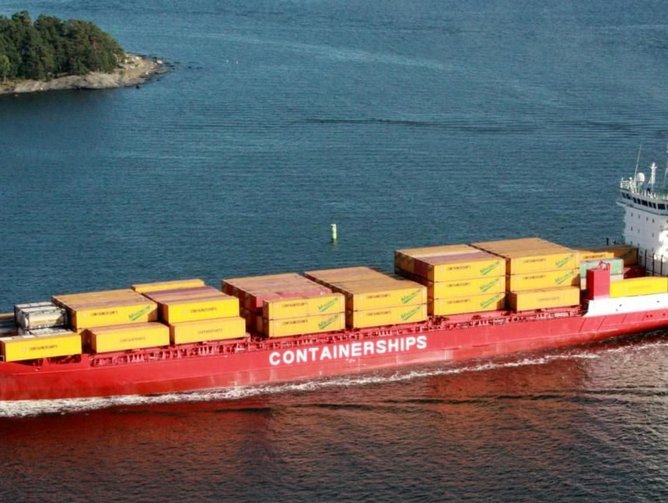 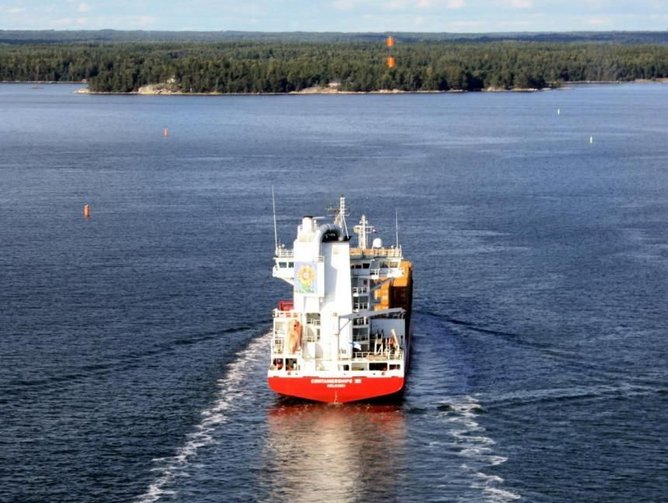 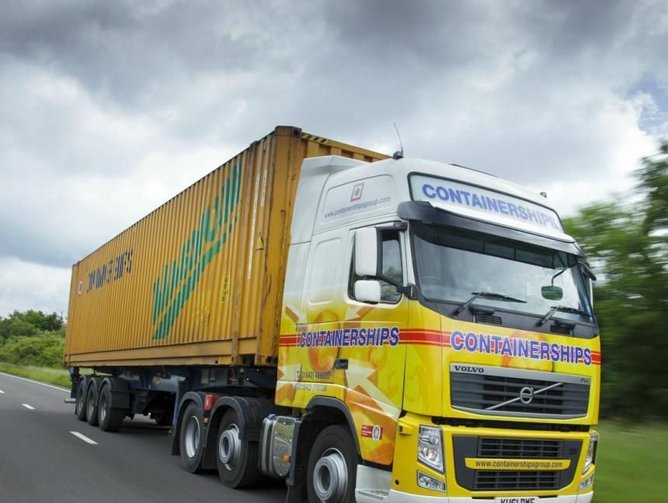 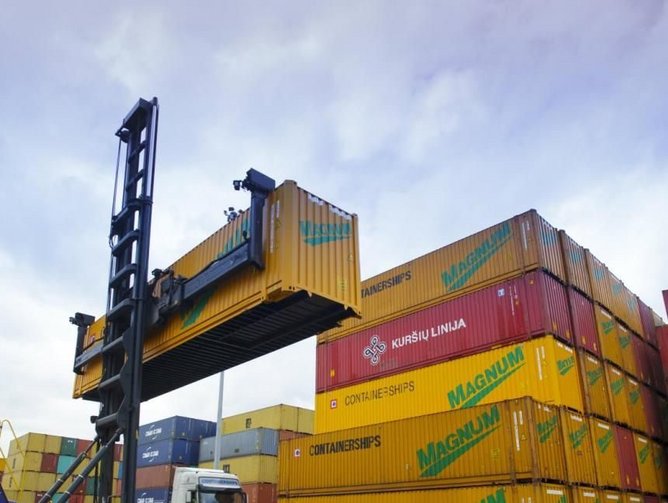 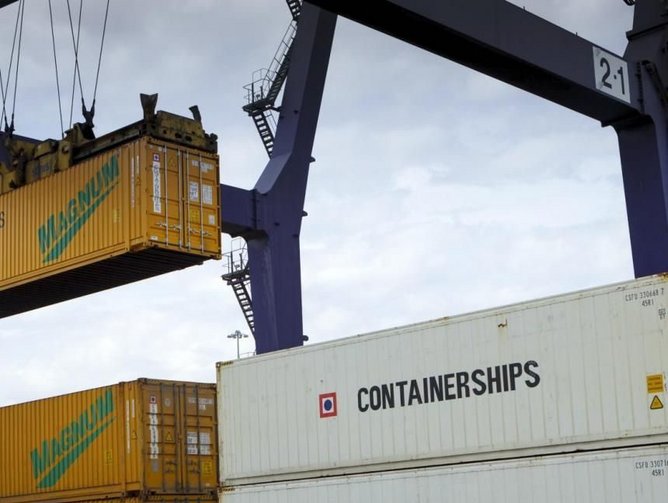