Cupric Canyon Capital, through its mining arm of Cupric Africa, owns one of the most significant high-copper discovery zones in recent years. With sulphide resources of around 100.3 million tonnes, Cupric has set its sights on becoming a major player in the Botswanan mining market.

The area, known as Zone Five, was acquired through the acquisition of Hana Mining back in 2013 and has since become the company’s flagship operation. The Zone Five starter project is the first phase of a major expansion and exploration development of the zone.

Well, Cupric has that covered. With production earmarked for a 2019 start date, Cupric has estimated capital costs at around $350 million for the Starter Project. Looking beyond that, Zone Five has a mine life of 27 years and cash costs over those 27 years are estimated at around $1.00 per pound of copper.

Zone Five falls under the company’s Kalahari strategy and Khoemacau/Boseto exploration work. The strategy centres around the Kalahari Copper Belt, a 1,000-kilometer-long belt which extends from Northern Botswana in Namibia.

This package presents Cupric with a “near-term” opportunity to create and operate a low-cost copper production from a long-lived operation with substantial exploration and production upside.

With Botswana being ranked as number one in in the “investment attractiveness” index for Africa, and the country being a pro-mining jurisdiction, Curpic is well placed to capitalise on this and continue to operate as a key player not only in Botswana, but also wider Africa.

Cupric continues to grow. In February of 2017, the company announces that it had secured a $50 million term loan facility agreement to provide funding for the Khoemacau copper-silver project. The loan will specifically fund development costs as well as front end engineering in advance of the construction phase, which will begin in the second half of 2017.

“Proceeds from the term loan will enable us to continue development work at Khoemacau as we prepare to begin full scale construction of the Starter Project in the second half of 2017,” Says Dennis Bartlett, Cupric’s Chief Executive Officer. “All design, engineering and permitting work is progressing well and on schedule, bolstering our confidence that production will commence in 2019.”

The project, upon completion, could stand as the most attractive new copper project, not just in Africa.

“We continue to believe that Zone 5, combined with the expansion potential offered by the other deposits within our license areas, represents perhaps the most attractive new copper project in the world today, with the potential to ultimately achieve copper production in excess of 120,000 tonnes per annum,” he says.

As a firm commitment to focusing on bringing about the project and realising that low cost high-grade operation, Cupric has brought in a Head of African Operations.

Johan Ferreira, Head of African Operations and Managing Director of Khoemacau Copper Mining, has been brought in specifically to lead the development of the project.

He comes with over 20 years’ experience in the global mining industry, working with Anglo American on two African mines and was the president of the Ghana Chamber of Mines.

Bartlett stresses that a key element of Ferreira’s appointment is his experience within underground mining.

“He brings the underground mining expertise necessary to transition the project from studies to mine development and operations,” he says.

With a targeted construction date aiming for the latter part of 2017, Cupric seemingly has all the right pieces in place for the project to truly become a major operation in Botswana and Africa.

The company has committed to its Khoemacau copper/silver project, with plans for further expansion that will increase annual production to well over 100,000 tonnes of copper and in advance of 3 million ounces of silver.

Cupric is saying and doing all the right things that will get the company through its 27-year mine life and be hugely successful along the way. 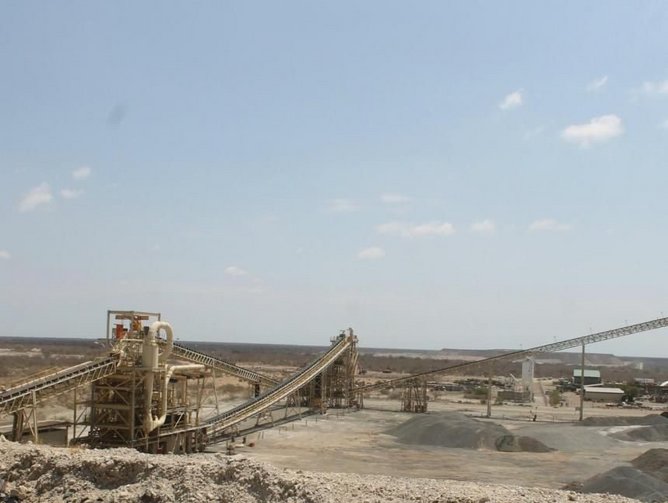 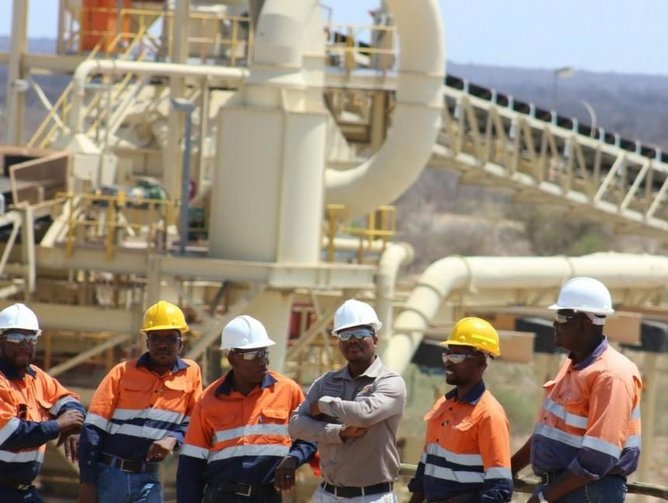