“If I can’t explain the DataCube concept to you in under five minutes, then we have failed,” says Jef Gorissen, COO and Founder of Data Valley Group.

For what it’s worth, Gorissen completed it under four.

DataCube® is a patented concept from Data Valley Group. The ambition? To create a data centre that caters to customers’ current and future data solutions requirements.

Data Valley as a company was born in the mind of Jef Gorissen, Janine Wildschut from by Minga and their business partner Gerard Kuijs, following 20 years working in industrial and technical automation. In this role, Gorissen had one particular task – removing the element of a large process control system stored on an oil relay terminal. This is where Gorissen first began looking into the world of data centres.

“I began to investigate the data centre market in Europe. I visited the Netherlands, England, Spain, Switzerland, just looking at a lot of data centres. This was the first time I thought about building one of my own,” he says.

Over the course of the next few years, Gorissen left his role and started Data Valley Group, focusing on the development of a new kind of data centre – the DataCube®.

It is through Gorissen’s work throughout industrial automation and processes that he could “remove the complexity” of data centres. This was the mentality that he wanted to inject into Data Valley moving forward.

For any start-up company, particularly in the data centre space, the first obstacle that anyone must overcome is locating and securing investment.

“You need lots of it to build,” says Gorissen. “Experience is all well and good but you need a track record and cash flow for investors.”

In the first 12 months, Gorissen sought out private equity organizations for investments as well as seeking companies that could partner with Data Valley to realise the DataCube. He had the basic concept, but he needed 3D detailed drawings, prefabrication and companies that were capable of meeting a three-four month build time. He admits it took time finding the right people.

Gorissen of course was not alone. His business partner Kuijs had sold his company previously to join him, and so he made the initial investment on which Data Valley Group could build. Over time, the two secured an investor who pledged to fund the first five locations for the company’s data centres. The first step then was to secure a location.

“The first location I wanted in Eindhoven. It’s one of the most high-tech regions in the world,” he says. But finding the location was not without its problems.

It took Gorissen and Kuijs almost two years to find it and the reason as to why it took so long is a simple one, connectivity.

“The advantage of data centres in London, Amsterdam, Frankfurt is that they are all well connected. Outside of cities? Not so much. We found three areas of connectivity good enough for a commercial data centre, so we lost a lot of time in the beginning,” he says.

During this downtime, the company was able to work on and continue to develop the DataCube concept. This included a number of elements, but there was one that was key: a cooling system like no other. Gorissen spoke with local and international companies to try and develop a cooling system that would make Data Cubes unique before finding two German-based company to work with.

“90 percent of energy usage in a data centre is computers and storage. When you put one megawatt into a data centre, you have 90 percent waste through heat.” He says. “Data centres need cooling and we want the heat of our PPUs in our servers to be  reused to produce cold for our cooling system. We want to generate our own cold from the heat.”

Data centres are very much affected by external temperatures and so the DataCube concept is built with 200mm of uninsulated prefab concrete, an idea of Kuijs and Gorissen points to a cooling advantage realised through using concrete in excess of 25 percent, just by using convection of outside cold through the concrete, additional low speed ventilation and indirect adiabatic cooling.

This cooling element, rooted very much in the makeup of the DataCube itself, all comes together under a patent that Data Valley Group only recently obtained. But this is no regular patent, as Gorissen points out.

“It’s actually really strange. We applied for the patent in 2012, but immediately we were greeted by questions about what really makes it new? Unique? Different?” he says. “It’s the building. The actual building is part of the equipment; it’s not just a shell but very much a part of the cooling system.”

The patent was formalised in October 2016 and Gorissen has already begun to see the benefits that it can bring.

“They begin to see the added value of their investment as they own a part of that patent, that USP.”

It’s not just the physical makeup of the Data Cube that Data Valley Group is extremely proud of. DataCube’s offer flexibility, as the company’s vision is to provide a data centre that is flexible enough to grow with customers as customers grow.

The Data Cube is a building of only 30x30 sq. m with a data room of 600 sq. m. This makes it a very small area. Data Valley Group builts it first cube with only 50 percent of its power. The second space is built only 10 meters away without any equipment in it. This is where the flexibility comes in.

“When a customer comes and wants to work with us, we have the space for them to move in to as opposed to agreeing and then waiting to build a new space,” he says. “They tell us what they want for cooling options and we put in the right containers and can be operating effective immediately. That’s very different to other data centre providers. Customers don’t have to move to other data centres when their IT equipment changes through the years, but we change the data centre!”.

Data Valley Group is a colocation data centre provider with a vision of establishing a connected network of data centres across the University cities in the Netherlands and Europe.

This network fully utilises that flexibility of the DataCube. Customers can pay a licence fee and own the data centre. Data Valley can work with the customers to tailor the data centre to specific changing needs. Customers can then either choose to work with Data Valley to arrange maintenance and operations of allow the company to establish maintenance and operations contracts with companies in the region and those companies then work directly with the customer.

For Gorissen, this network will be made up of regional IT service providers, companies looking for colocation capacity and start-up companies. The start-up element is something very close to Gorissen’s heart.

“Our biggest goal is to create a community of intelligent companies, full of innovative people, pushing our company further.” He says. “We work with start-ups and drive them, enable them. They are the key to the future of our economy and our industry.

“I remember the challenges we faced in creating this company. Through Data Valley Group, we can help others grow and continue to grow with them.” 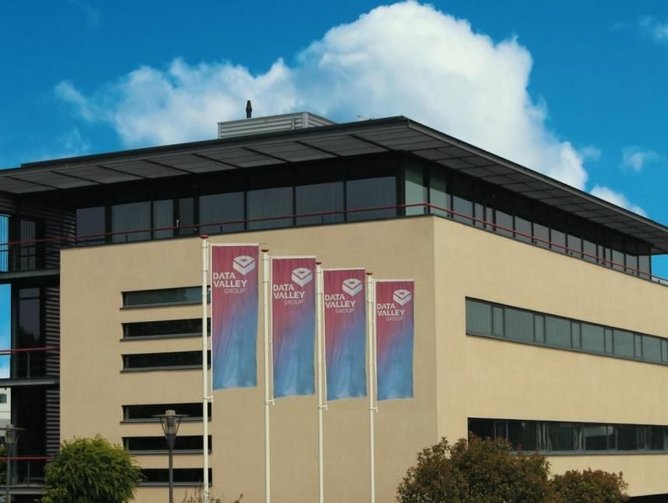 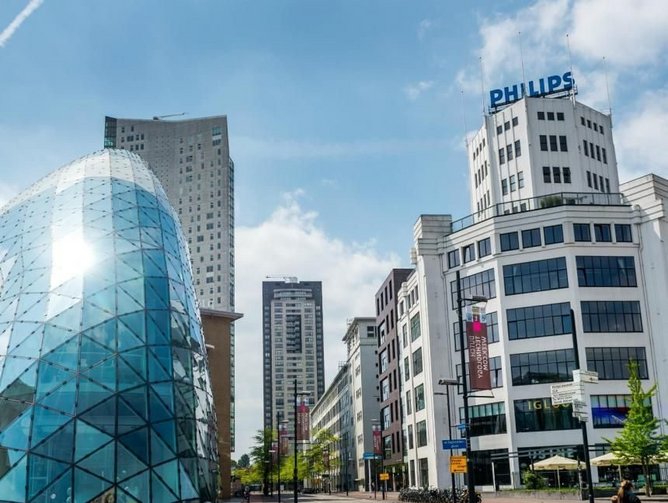 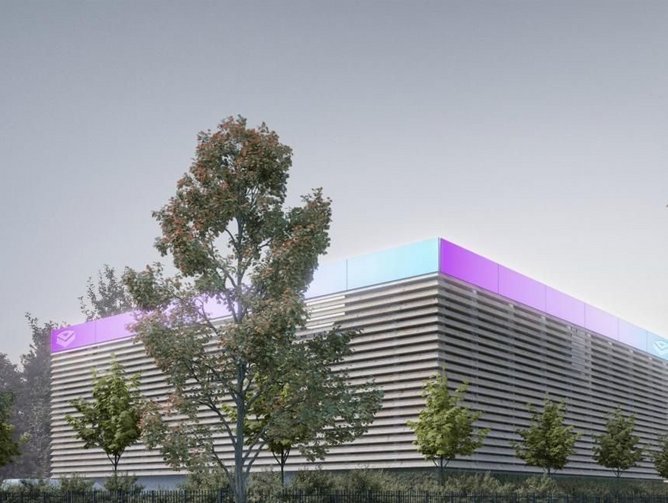 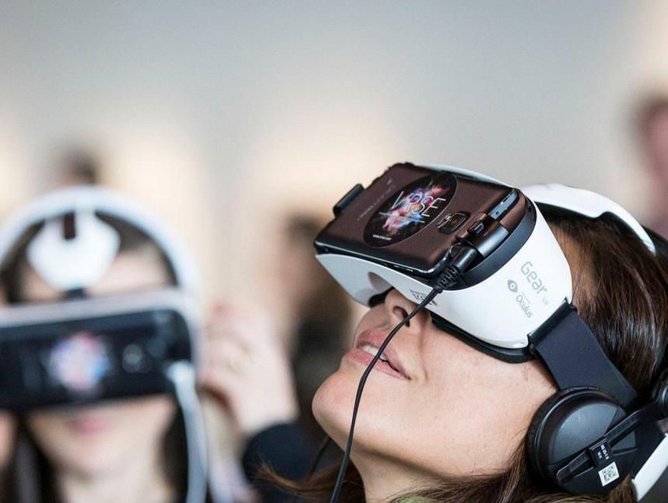 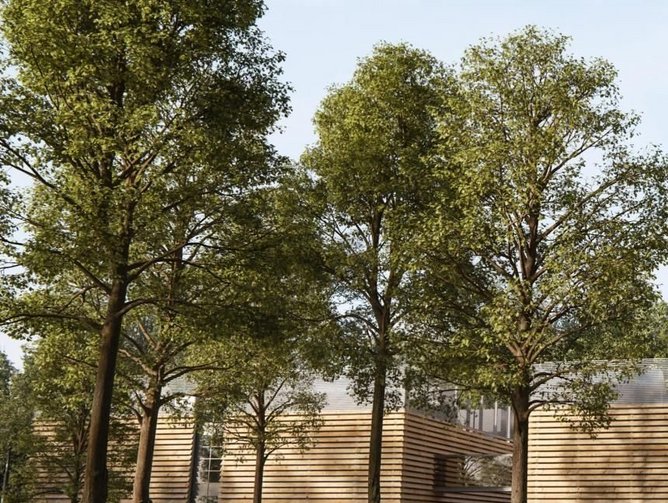 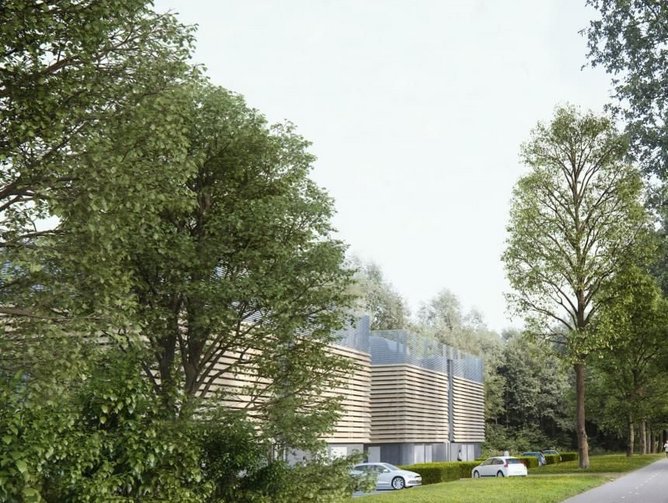