Digitisation is transforming the way in which businesses operate. From personalising services for its customers through enhanced data analytics to automating the supply chain, the procurement sector has become a significant area of focus for businesses and governments worldwide. Creeping financial pressures amidst an ever-changing customer demand has led both the public and private sector to look at ways to unlock further savings to deliver value for money, whilst collaborating with suppliers in order to transform traditional procurement processes.

Following on from the establishment of the Pan-European Public Procurement On-Line (PEPPOL) four-year, large-scale pilot project in 2008, Difi has played an essential role within the ongoing management and delivery of the project, which resulted in the growth of a new European technological infrastructure. Co-funded by the European Union and 18 government agencies, the project enabled businesses to exchange electronic procurement documents with other organisations and suppliers, and simplified the overall purchase-to-pay process. After the successful completion of the PEPPOL project in 2012, Difi took a leading role in establishing the member-based international non-profit association OpenPEPPOL to maintain services and ensure long term sustainability of the PEPPOL project results. André Hoddevik, Project Director of PEPPOL, had been the elected Secretary General of OpenPEPPOL since the start.

“As part of the project, we utilised PEPPOL for national purposes,” observes Hoddevik. “The most important effort was to use PEPPOL as a basis for Norwegian e-invoicing, first of all for legislative work, and from 2011 it was mandatory for all central government entities to have the capability to receive invoices in a PEPPOL based national format (EHF).

“From 2012, Norway had a change in its regulations in that it became mandatory for all central government entities to require e-invoicing from their suppliers. From there onwards, Norwegian PEPPOL based e-invoicing has grown from 100 invoices per month to 5.2mn transactions in September 2017 alone.

“We have also grown from being initially a few hundred public sector entities in the network to having 90,000 recipients coming from both the public and private sector,” continues Hoddevik. “It has become a national infrastructure which supports public sector needs but also the needs of the private sector.”

Each invoice placed on PEPPOL will now save each recipient around 10 minutes of work. Although not a lot of time, with approximately 50mn transactions the last 12 months, such high volumes have created 4.2bn Norwegian kroner (NOK) in socioeconomic savings, reducing the overall time taken for thousands of recipients in both the public and private sector.

“Protection costs are one of the most important things to work on,” adds Dag Strømsnes, Chief Procurement Officer at Difi. “We need to work hard to reduce this. We know that especially for small and medium-sized enterprises (SMEs), they have said how difficult it is to take part. It is essential for us to simplify the rules and regulations, and the government understands that in terms of the national procurement and European Union thresholds.”

To this effect, Difi is set to open its national programme for part-financing a number of digitisation projects in next financial year to support a large number of SMEs. The NOK 120.9mn co-financing scheme will further support business growth in the public sector and provide a number of advantages for SMEs against bigger players in the market.

With the changes in legislation, calling on all central government entities to receive invoices electronically in Norway, Difi has been committed to supporting the market through utilising open source software for connectivity. Additionally, the organisation has built essential validation tools and toolkits regarding its current invoicing processes, which will also work to help simplify the e-procurement process.

“Our aim is to support the whole public sector and provide guidance to the supplier side, but our main focus is on the government and public sector,” says Hoddevik.

Such changes have also filtered down to its supply chain management processes. The success of PEPPOL has resulted in a growing number of e-invoicing suppliers within the e-procurement space, all of which offer Software-as-a-Service (SaaS) in Norway. One such company is Norwegian international company Capgemini IBX, which has been acquired by cloud-based business Tradeshift. Hoddevik explains that the business currently has a contract on delivering e-procurement SaaS services in the Norwegian public sector and “have played an important role in the roll-out of e-ordering and e-catalogue tools to more than 300 public sector entities in the Norwegian market”.

“However, on a separate note, we have also seen a significant growth in startups dealing with support parts of the procurement process, such as supporting suppliers and public-sector entities with invoicing solutions,” continues Hoddevik. “We see this spreading to e-capital investments and into the full procurement chain. Suppliers therefore need to step up their game and offer value at the highest level, and that’s the challenge we are giving to the market.”

For all tender notifications, Difi has implemented tender service Doffin, which works to simplify the process for suppliers and contracting authorities. All parties can see all opportunities in the public sector within the different categories on the service, which details all competitions, bids and contracts with a value of more than NOK 1.1mn.

“If we’re going to invest in more innovation, improve service delivery and experiences, suppliers need to be more involved and work to be better service providers as part of the procurement process,” adds Strømsnes. “The key thing is more involvement; for contracting authorities to have more market knowledge before they send out tender documents, understand suppliers and how competition should be established to get the most value out of suppliers.”

Housing a high number of stakeholders which utilise Difi’s procurement division, Strømsnes explains that the Norwegian government has great ambitions in relation to corporate social responsibility.

“Many workers, especially from Eastern Europe, do not receive the required salary,” he says. “To increase the number of suppliers, it is important that people are given the right salary. We also work to improve considerations relating to work completed in the developing world. The procurement of uniforms is an example. We look at working conditions as children have been involved in producing these textiles.

“We developed a risk matrix for certain categories related to textiles, to computers, to more physical work, but also from which country the production takes part in,” Strømsnes continues. “There are some projects related to countries where alarm bells ring, and you need to work with ones which are a higher risk to secure responsible procurement.”

“If medical kits are made in a third world country like Bangladesh, it is a high-risk product that needs to be followed, detailed and monitored,” supports Hoddevik. “An awareness is then built and buyers in the public sector have the required tools to follow up and handle these risks responsibly for these types of products.”

Although digitisation is providing a multitude of advantages for the procurement sector, it also continues to present a number of challenges for Difi. A number of industries continue to lack the resources and expertise required to support the digitisation of procurement, as well as house engaging managers and leaders.

“We also see the lack of strategic ICT skills which could be used to improve our processes,” comments Hoddevik. “This is an obstacle which we will seek to address in the upcoming years.” From a Norwegian perspective, we rely on the market to deliver these solutions, and the market lacks some incentives and is prevented from offering shared services.” However, Strømsnes adds that it remains vital for an increased awareness of the strategic potential related to public procurement.

“In the budget proposal for next year, the government aims to strengthen Difi in a number of areas related to digitalisation,” adds Hoddevik. One of the areas where the government would like to invest more money in the next few years is the digitisation of public procurement process.

Hoddevik concludes: “The budget has been put forward and if approved by Parliament this autumn, it will give a significant increase of resources available for digitalisation of public procurement from 2018 and onwards. Priority is given to support the full rollout of integrated eTendering processes, but continued growth in eOrdering, eInvoicing and payment initialisation and use of statistics to improve procurement practices is also very important.” 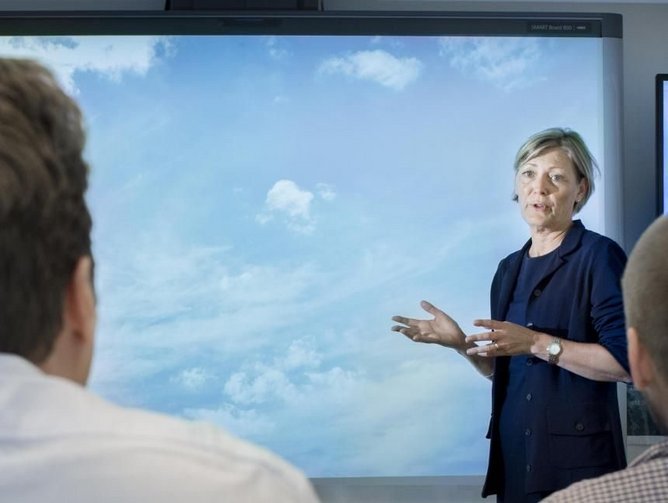 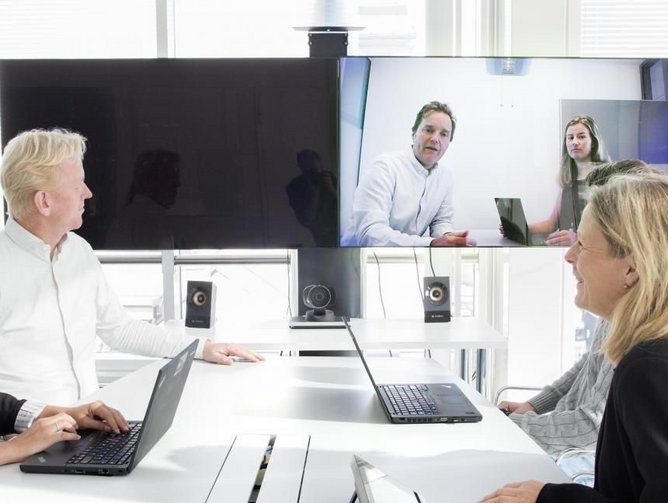 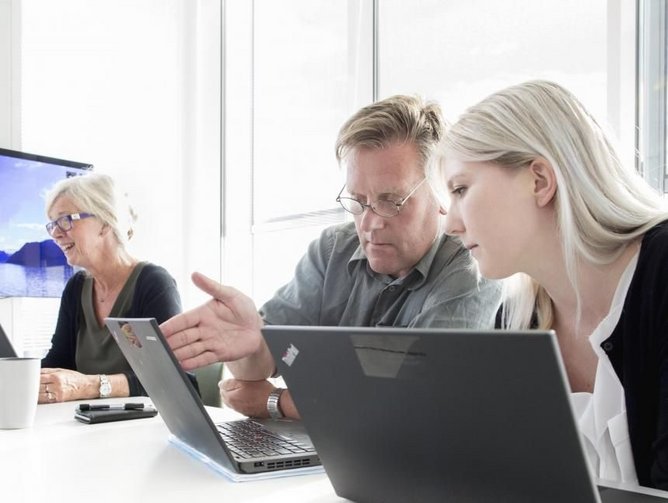 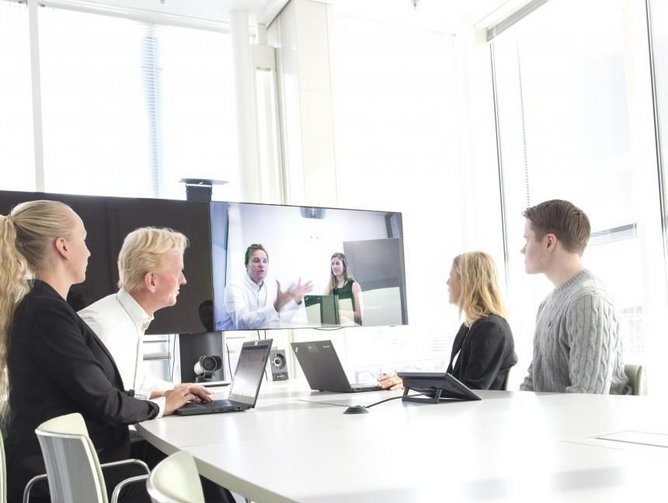