Fastest to the finishing line

2011 was the commercial printing industry’s annus horribilis. Look at some figures: in 2006 the global market for offset printing equipment was about €2.2 billion. In 2011, following the collapse of the financial market this plummeted to €700 million (subsequently losing a further 20 percent each year). Large publishing and printing houses stopped buying new equipment. The drop was too sharp for the machine manufacturers, and forced one of the best respected of them all, Augsburg-based manroland AG, formerly known as MAN Roland Druckmaschinen AG, into receivership.

The company had been part of the MAN group until 2006, when the Munich truck-maker sold its controlling interest to the Allianz private equity group which rebranded it as manroland AG. Following the winding up of the company in November 2011, however, it was quickly restructured. The sheet fed business unit was sold separately, while the web offset division was purchased by the diversified Possehl Group and relaunched as manroland web systems GmbH. “Since then we have followed the route of continuous adjustment to the market environment and have been very successful in that environment,” Daniel Raffler avers.

In the contracted but still competitive environment the company is definitely doing well, commanding a market share in excess of 40 percent of the global market for web offset printing press equipment as of November 2015. Significantly, every single deal that manroland had on its order book at liquidation was re-ratified by the customers when the new company was formed. “We think we have the broadest product portfolio, whether for newspaper printing presses or commercial processes like magazines, directories and advertising materials,” he explains.

In the restructuring manroland web systems became a much leaner and tightly focused organisation. Upper management tiers were reduced drastically, and the workforce rationalised. Last year, a satellite office at Plauen in Saxony was integrated with the Augsburg site which now employs around 1,100 people, with a further 150 in sales and service offices round the world.

Anticipating that the global market will stabilise at around €350 million, production capacity has been configured to meet manroland web systems’ share of that market. “This is a technology driven market,” says Dieter Betzmeier. “All our innovations are directed towards cost saving and productivity gain for our customer – speed, uptime and production flexibility. For example newspaper presses used to run at night but today the machine must run round the clock, printing many products of which the daily newspaper is just one, with just minutes to change the setup and plates for the next job. Our success in the market is due to our guiding philosophy at manroland web systems. We are a business partner to our customers and we listen to what they need to make them profitable.”

There’s a tendency these days to regard web offset printing as old technology, basically unchanged since Gutenberg ran off his first poem at Mainz in 1450. It is true that the challenge of online publishing will have to be taken seriously. “There is a big trend among publishers to invest in the new media channels, although most of them get their money and profits from printed papers and magazines.” And printed paper is getting smarter by the year.

This kind of technology is of greater practical use to manroland web systems customers than ‘pure’ digital printing systems being developed by inkjet printing firms. Inkjet printing is limited in speed, and so far can only manage three or four metres a second. The S30 head has a print width of 10.6cm and a printing speed of up to 900 metres per minute. That’s 15 metres per second (m/s), keeping up with manroland presses that get through a 3.5 tonne roll of paper in 12 minutes at up to 17 m/s. There’s a big gap for the digital printers to bridge the cost per copy delta, says Betzmeier, “but they will probably do it one day!”

Offset can reach higher speeds because it relies on ink transfer while digital methods rely on droplets being ‘fired’ at the paper – the higher the speed the greater the droplet disturbance. As a result, conventional offset fulfils the requirements for volume production, digital printing provides the answer for more individualised and personalised products and hybrid solutions by manroland web systems combine both worlds. But speed is just one parameter. Once printed most jobs have to be folded, and this is the number one differentiator in manroland’s IP portfolio according to Daniel Raffler. “Nobody else addresses integrated workflow to the same extent: to run a newspaper line at 55,000 copies per hour is one thing, to fold the finished product at that speed is another!”

Digital printers have not addressed the question of in-line folding, and it is a big gap in a new market, one that manroland web systems is now filling. “Some customers want to print straight from digital files, and now they can do that, but they want the same finished end product, he explains. “We have been developing new products over the last three years, successfully I am happy to say. Up to now we have sold some 20 folding lines that can be integrated with a digital printing press using our core competence in folding knowhow.” The multivariable FoldLine for the production of digital newspapers, books and any type of commercial product and the FormerLine for book production are compatible with any manufacturer’s equipment, he adds.

While manroland web systems returned a profit in 2012 and 2013, the radical restricting of 2014 resulted in a small loss, however this year it’s heading for EBT in the region of €4 million and the order book is full. The dual strategy, says Daniel Raffler, is to guard the company’s number one slot in newspaper and commercial web offset while continuing to penetrate the new digital printing market. 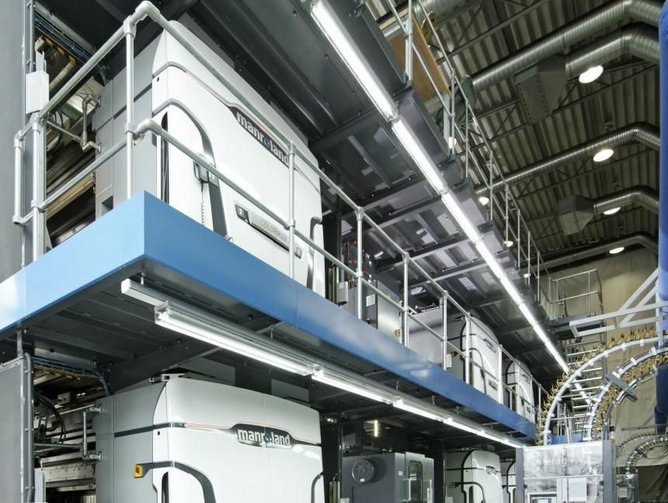 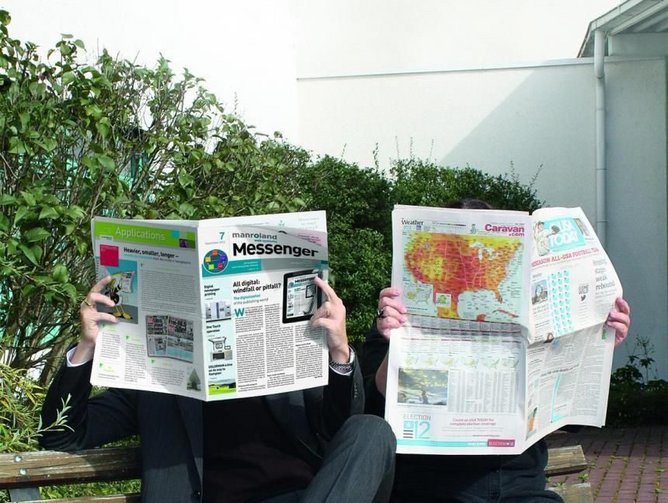 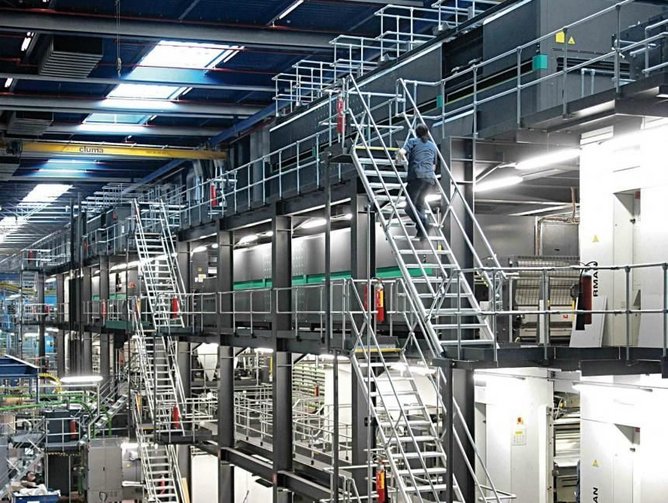 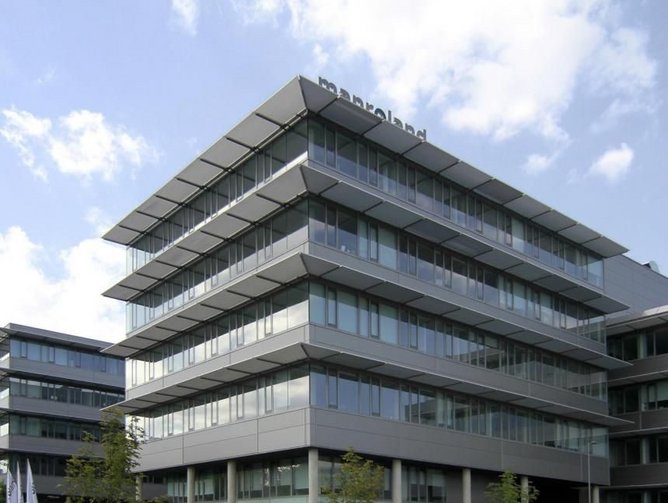 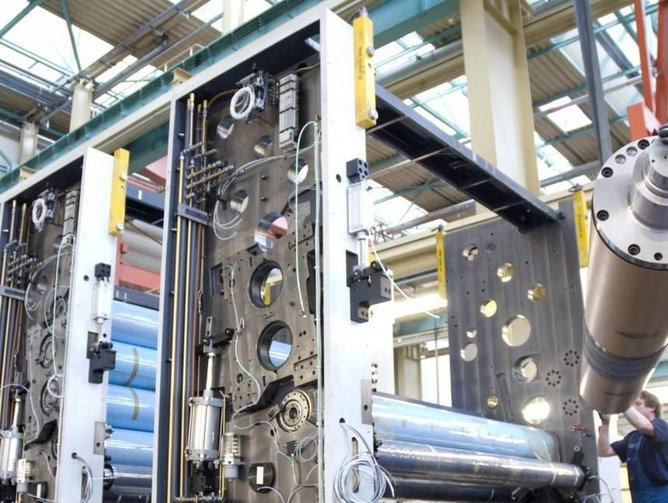