Fighting fit: UFC Gym takes on its biggest challenge yet

Round one: stepping into the ring

Over the last seven years, a UFC GYM has opened in more than 135 locations across the world, with gyms in the United States, Australia and Canada. Now, the mega franchise is heading to the Middle East – starting with Dubai.

“We've come here so we can showcase UFC GYM and the facilities we provide to people around the world. Putting UFC GYM across the UAE is really going to compliment the region,” says George Yiasemides, Chief Operating Officer, UFC GYM Middle East.

So what can UFC GYMs offer?

“The question that everyone is intrigued by is, what is UFC GYM all about?” says Yiasemides. “UFC GYM is about combining the best of traditional fitness with the innovation of how the world’s best athletes train.”

Dubai is quickly becoming the global central for most businesses. It's very centralised and accessible.

UFC as a brand has seen an exponential growth over the last 12 months, with fighters such as Ronda Rousey and Connor McGregor, some of the most famous names across the MMA industry, rocketing the sport to global recognition.

The UFC GYM franchise is very much a consequence of this expansion, but despite having over 135 gyms worldwide, the spirit of UFC is embedded within each gym.

“It’s all one big family,” says Yiasemides. “Fighters get involved with the launches of our clubs and have a heavy involvement, hosting seminars and taster sessions in the clubs, which you can imagine the communities love.

“For example, the current UFC middleweight champion Michael Bisping is about to open his first UFC GYM. As much as we are an expansion of the brand, we still follow the guidelines, the ethos and the culture of UFC.”

The Dubai branch of UFC GYM opened its doors earlier this year, but Yiasemides has plans for a grand franchise opening this September, establishing that UFC GYM has well and truly arrived in the Middle East.

With 33 years of experience at every level of the fitness industry, from instructor right through to manager, Yiasemides identifies two big moments for success.

“In the fitness industry, you've got two huge months when the subscription is wealthy. There’s January because you've got New Year's resolutions and there’s September, that’s when people get back from their European holidays. It is absolutely crucial that we capitalise on that.”

Yiasemides has been in charge of operations for one year now and it has been a roller coaster  for the Middle Eastern UFC GYM, and the success has hit Yiasemides like a double leg takedown.

“I think the feedback we have been getting from our members in particular, for our first gym, has been quite overwhelming,” he says.

The first UFC GYM opened on April 24 and the positive reaction from the community has been overwhelming for Yiasemides, but like any fighter, he has to always think about his next move.

“The plan was that we'd open the first one and assess it over a six-month period but as soon as we announced we were coming into the region; we had an influx in enquiries from organisations that wanted to be involved in the franchise business or franchising UFC GYM,” adds Yiasemides.

“I am in the club once or twice a week and when I talk to the members, three things I hear are it's an amazing facility, it's an awesome environment and it's different.”

The franchise has seen an incredible amount of early success and Yiasemides knows that to stay on top of the fight you have to be quick to react to everything.

“You've got to be on the ball. We treat every suggestion, every complaint as an opportunity to turn someone's thinking around.”

Success does not come without challenges.

“We don't shy away from complaints because it's very easy to just turn a blind eye and say well I've got a couple thousand members, what's one complaint, I'm not going to worry about it. We treat every complaint, every suggestion like it's gold. "You must react quickly to those kind of situations or you risk losing, not just one member, but you also risk losing the next 20 potential members they would have referred."

Round three: knowing your opponent

The latest technological advancements have seen a huge growth in different training equipment and facilities, but the principles remain the same.

“Technology is moving so fast but it's gone a full 360. Being an ex-rugby league player, I’ve noticed training methods coming through now that we we used in the 80s.”

Yiasemides however, admits that he cannot rest on his laurels.

“You're foolish if you're not trying to be ahead of the game and if you think you know it all as well. You have to make sure you never drop your guard.

“You've always got to be innovative and the best way to do that is not just to go and visit other clubs in other countries. Go and visit the hotel industry, see what the banking industry is doing. Go and see what other industries are providing and get the best of it and then come up with your own formula.

“It’s very, very easy to get caught up in your box.”

Round four: working the crowd

The most important factor in any industry is the customer. In the fitness industry, it is the members and the potential members that are crucial to building a successful franchise. One of the issues that UFC GYMs has faced is a stigma attached to the brand.

“It's very easy to perceive us as a fight club but the truth is we're actually a family orientated club,” says Yiasemides.

“We want to do roadshows across the schools and showcase UFC GYM so they can start exercising in a group environment and not feel intimidated and really benefit themselves from a health point of view and from a skillset point of view as well.

“If you're not putting yourself out there in the community, you run yourself at very high risk because you’ve got to give people reasons other than fitness to come into the club. We have a natural responsibility to be seen participating in local community events.”

In order to benefit the local communities, Yiasemides needed the right team. All trainers at the gym are UFC certified but it’s the level of development that allows UFC GYM to stand tall.

“You pay someone a decent salary but it's only going to last so long so we need to make sure we keep developing our staff,” he explains.

It is clear that the success and the very core of UFC GYM revolves around one thing – the people.

“We are a people business and a big part of our goal is to ensure that anytime someone walks into a UFC GYM, they're delighted to be there. They love the experience. They feel like they have accomplished something. They feel part of something bigger and we want them to be as proud as I am and the rest of the exec team to be a part of this,” concludes Yiasemides. 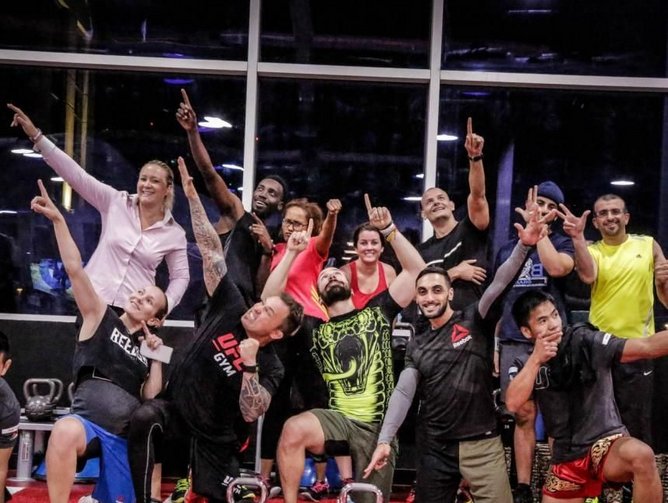 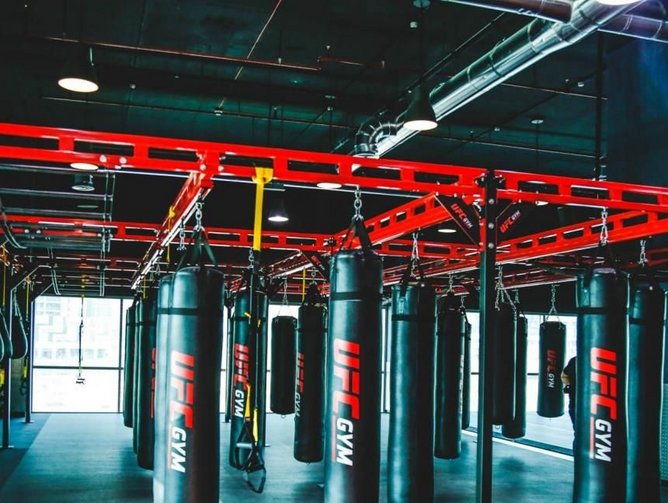 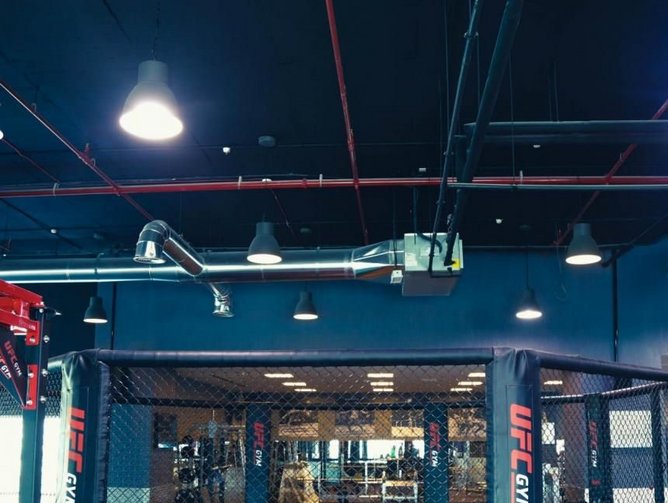 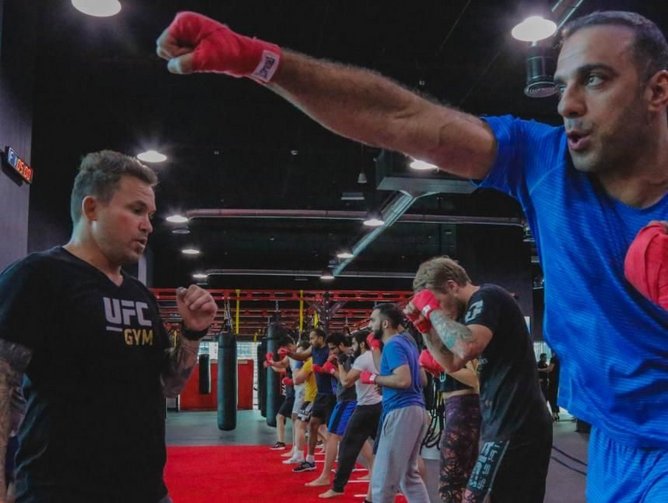 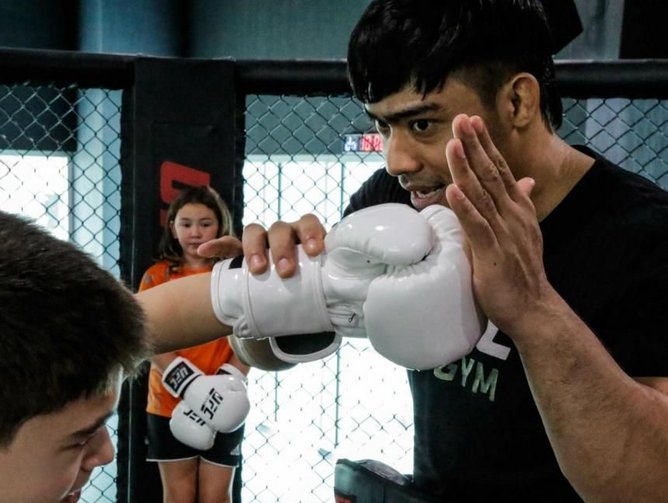