GO: strategy for the future

GO Group is making a significant commitment to the Maltese market, with a 5 year plan backed by an ambitious €100 million investment programme. This comprises a number of far-sighted projects, such as 4G and providing fibre to homes, a game-changing move that will create a resilient and unmatched network that will revolutionise Malta’s connectivity. GO is also seeing through other wide-ranging initiatives to better its operations, employees, and the lives not only of its personal and business customers but also the Maltese community in general.
In 2006, the Maltese Government sold its 60 percent stake in the national telecommunications entity to TECOM Investments, a subsidiary of Dubai Holdings and the business was rebranded as GO in 2007. Further acquisition in data businesses, major investment in infrastructure and international investments soon followed.

GO provides customers with mobile and fixed telephony services, alongside broadband and a variety of television packages. As in almost every other European country, the Maltese telecoms market is fiercely competitive. GO faces two principal competitors in Malta, including Vodafone, as well as several smaller virtual operators. In spite of this, GO continues to grow market share; in 2014 it achieved 39 percent of the mobile market, 49 percent of the internet market and 47 percent of the TV market. Not surprisingly, given its legacy, GO also has a 63 percent share of the fixed voice market. Last year, the company recorded more than 500,000 customer connections, which is the largest of any provider on the island.

Company CEO Yiannos Michaelides said that that the company had recently initiated a new approach to its products: “We completely repositioned our mobile products so that we could offer limitless plans, calls, SMS and data. We are also able to provide exceptional value by creating bundles across our whole product range. This which has been particularly successful as a lot of customers now have our home pack, which includes fixed voice, internet and TV, linked with mobile.” This offering has not only enabled the company to pass on savings to customers, but also to increase the coverage of its brand.

Michaelides added that its initiatives were already paying off and the company’s strong performance demonstrates GO’s ability to out-perform the sector, and is in stark contrast to challenged profitability levels across most EU markets. He said: “We go to great lengths to ensure that we deliver flawless execution. We have been able to grow our mobile revenues, despite most EU telephone providers’ mobile revenues declining.”

To maintain this momentum, GO invests heavily in its workforce. Following a number of restructuring initiatives, the focus has shifted towards aligning all employees to a single vision. Michaelides said that at the heart of his company’s work ethic is a drive towards clarity: “A clear strategy for the team comes first, so that everybody knows what to do across the board and what the company’s objectives are.”

He added that this was backed up by the right platform which not only made operations easy to monitor, but also ensured more openness, he said: “We have a performance management system that we review on a constant basis; we have made it transparent so that everyone can see what needs to be achieved, alongside the incentives for doing so.” This performance framework is backed by a number of wide ranging initiatives which are targeted to develop employees professionally and also create the right working environment where work feels like home.

Another important development is a 360 degree reward and recognition system. Michaelides stated that it is his pride and joy to see GO employees recognising best practices and outstanding work of their fellow co-workers through online tools that the company developed. Recognised employees are then short listed and formally rewarded on a quarterly basis. Interestingly, the majority of employees being recognised last year were females, showing how GO manages to create the right environment where both genders can excel.

Not surprisingly, perhaps, clear performance objectives, investment in reward and recognition, improved employee wellbeing and more openness in communications across the board have led to significant improvement in employee satisfaction scores over the past three years.

The constant market pressure from other national and international players in the Maltese market  has only meant that GO has rolled out a range of innovative solutions to maintain growth, aside from its substantial programme of on-going investments, including the transformational fibre optic rollout.

Michaelides said: “We have a program to identify areas for operational efficiency, either through cost reduction, modernising networks, or by optimizing processes. GO has, for some time, been managing costs very carefully. During 2014, the cost of sales, administrative and related costs, excluding items of unusual nature, size, or incidence, declined by 3.3 per cent to €99.1 million (2013: €102.4 million). This was due to a decline in wholesale costs and the continued focus on managing costs, naturally without compromising customer experience.

“The numbers clearly show that GO’s strategy of innovative marketing coupled with operational efficiency are bearing fruit. The Company’s profit before tax amounted to €20.3 million, up from €15.6 million in 2013, an increase of 30 percent. Operating profits increased 21 percent from €18 million in 2013 to €21.8 million. Normalized operating group profit for the year amounted to €24.3 million, an increase of 17.3 per cent.’’

The company is also in the process of increasing the level of automation within its operations in a move that will not only save a significant amount of money, but also enable customers to interact with GO in a completely different way: “We are moving towards an e-company, which will revolutionise how customers obtain services and pay for them.”

Providing solutions to Malta’s business community accounts for a significant part of GO’s revenues, which is not only testament to the trust placed in the company, but also its significant capabilities. Michaelides noted: “Investment across the years has made sure that the business network has always been the best, supplemented with the largest account management team in Malta.”

GO has also initiated investments in three new data centres, in addition to current large data centre clusters, which house its own equipment as well as the critical systems of various reputable international customers. In fact, GO’s subsidiary BMIT is now the largest and most reliable data centre in Malta, and this has obvious benefits for operators who require expert hosting and colocation services. There has also been a network-wide programme to improve the quality and speed of its broadband service.

Property Portfolio
Two years ago, GO had made clear that it wanted to pursue a clear strategy to develop its substantial property portfolio and maximize value for shareholders.  A spin-off is currently on the cards, entailing some €50 million worth of property assets. Of course, GO is a communications company, not a property manager or developer, and so there is a clear rationale for empowering a new entity with the freedom to focus on its task of redeveloping the 11 properties currently in the portfolio, thereby generating new income streams and enhancing long-term value.
Regional Outlook
Committed as it is to the Maltese market, GO also has a broader, regional vision. In March 2014, it entered into an agreement to purchase 25 percent in Cablenet, a communications company in Cyprus. Crucially, GO also has the option to acquire majority control in future.
Cablenet is a privately owned business which began operations in 2003 as a cable TV provider in Cyprus. Since then the company has consistently expanded its network and its operations. Today, Cablenet is the leading privately owned broadband provider and offers packages which include broadband internet access, fixed telephony and digital HD TV to an increasing number of subscribers.
For GO, dedicating its focus to the needs of its customers has enabled the company to grow into new areas while strengthening its core offering in the face of a fiercely competitive market.  It is poised to dominate its competitors with a long-term and carefully considered strategy accommodating further advances in the future. 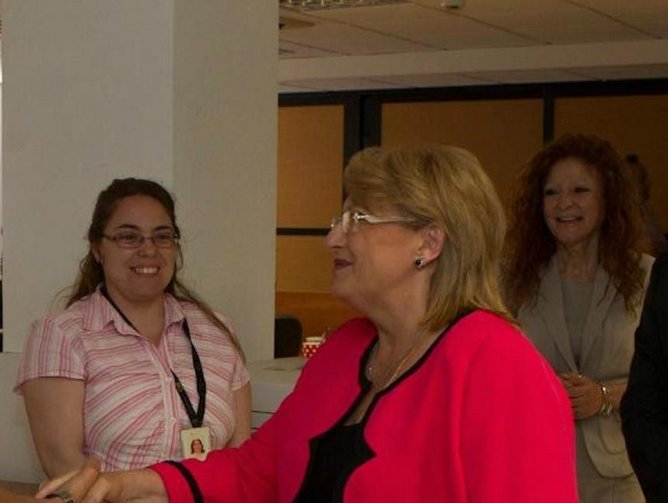 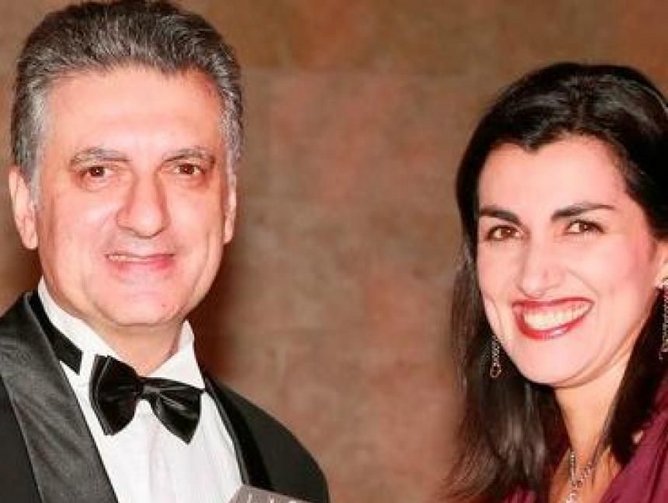 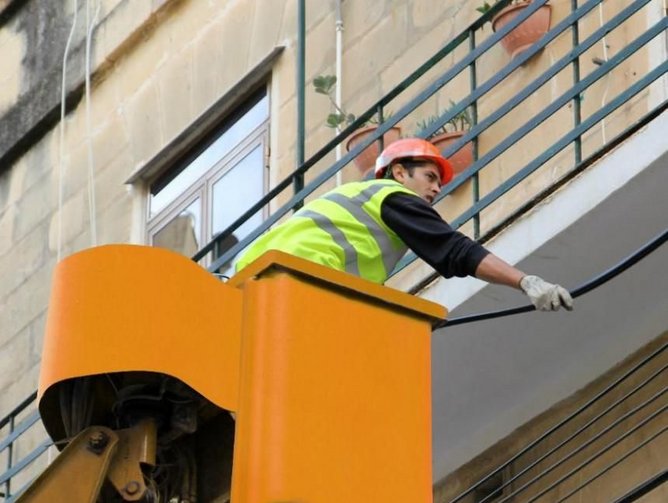 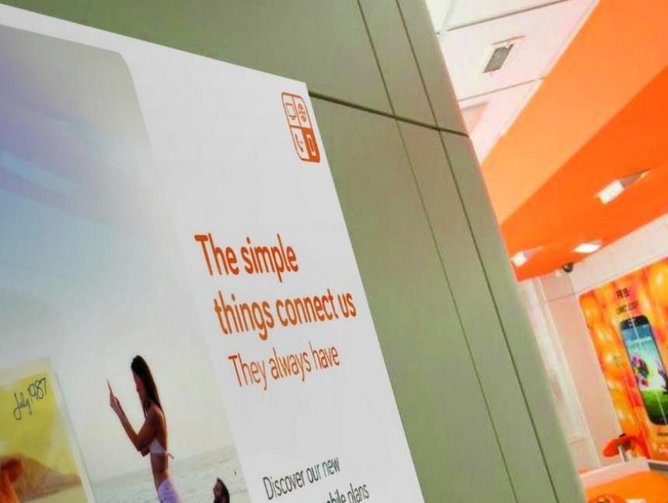