While sustainability and technology sit at the heart of TiZir’s vision for its Grande Côte Operation (GCO) in Senegal, the mine’s new Chief Executive Officer Jozsef Patarica maintains that the most vital component of its makeup is its people.

In fact, Patarica, who took over ultimate responsibility for the mineral sands mine in June, goes as far as describing GCO’s workforce as “one, big family”.

Extending down more than 100km of Senegal’s west coast, GCO has been mining for zircon, ilmenite, rutile and leucoxene since its ambitious project kicked off production in 2014, 10 years after MDL was commissioned by the government to explore opportunities in the region.

Senegal’s much-envied economic stability, along with the mine’s proximity to Dakar – it rests 150km northeast of the country’s capital city – means that GCO has come across very few obstacles in gathering a skilled, motivated talent core to run its operation.

“The key thing that I see here is that there’s a very strong sense of family at GCO; we want to work together to always improve the business. As a family, we’re quite proud of what we can achieve and what we have achieved,” says Patarica.

“GCO directly employs about 670 people, including expats for the development and training of our local workforce.

“For me, Senegal is an amazing place. There’s a lot of mineral wealth in the country and the government is very serious about developing the mining industry. The Senegalese are very well-educated, hardworking people with an interest in training and continuous improvement. Additionally, turnover has been pretty low.”

That sense of togetherness is something that Patarica hasn’t closed off to just GCO and its employees – it’s a philosophy he has introduced with the mine’s partners and suppliers.

Patarica heads a quarterly meeting with representatives from each of the mine’s contractors to offer them an overview of the business’s performance, as well as to share ideas for facing key issues.

“All of our partners are equal, even if they have different roles and different scales of influence,” he adds.

“We spend a lot of time on sustainability but we also talk about productivity, and it makes them more a part of the business. It’s something I truly believe in. Just because someone’s a contractor or supplier, it doesn’t mean they don’t need to know how the business is performing and what they can do to contribute.”

At the centre of the mine’s operation is its award-winning, automated dredge, which moves at a rate of 25-30m per day or, depending on the topography of the landscape, up to seven to 10km per year.

To maintain this smooth progress along the mine path requires a considerable amount of forward-planning and cooperation with local villages and hamlets affected by the mine path, an area of focus that is of paramount importance to the CEO.

“It’s absolutely critical. With the leadership team, we’ve spent a lot of time going out into the local villages, into the local community and understanding what they need and how we impact on them,” says Patarica.

“There’s quite an active planning process that looks well ahead and it’s all interlinked with the social department in terms of what we need to do when relocating people, and what we need to do to allow people to cross the mine path once we’ve moved through.”

GCO has developed what it called its Project-Affected People village (PAP), a resettlement area for local people where it has built solar-powered concrete buildings supplied with a water system.

Around 98% of the ore that is dredged is immediately returned back to the dune system which GCO restores via an innovative rehabilitation programme that ensures the rapid regrowth of vegetation. With a minimum mine life of 25 years, such initiatives are imperative if GCO is to reach its sustainability goals.

While the state-of-the-art dredge is one of the mine’s main time savers, Patarica is determined to embrace further technologies to maximise efficiency, from production through to its rail network and its presence at the Port of Dakar.

“We want to be leaders in terms of innovation,” he spells out. “We have a business intelligence project that we’ve initiated across the mine in particular, but we are expanding it through the entire value chain from pond to port.

“We’re aiming at standardising our time usage models and then looking to implement a software system where we can analyse data and then using that data to make decisions, to be more proactive rather than reactive.

“We want to be able to use our information to predict what is going to happen and to then make changes to make sure we maximise productivity and foresee and mitigate risk.”

GCO mines around 50mn tonnes of sand every year, making it the biggest mineral sands operation of its kind in the world. Its orebody consists primarily of ilmenite and zircon, with smaller but high-value quantities of rutile and leucoxene.

The majority of its ilmenite is delivered through its integrated logistics system to its titanium and iron ilmenite upgrading facility in Norway, which is owned by holding company TiZir.

Zircon is produced in either a standard or a premium quality, and Patarica revealed his team at the mine’s Mineral Separation Plant (MSP) has recently uncovered a useful method of developing more premium zircon without incurring any additional capital.

“The team has looked at existing equipment and has optimised the circuits to create significantly more value by improving run time, utilisation and premium production output ,” he explains.

Though GCO has enjoyed a successful start to its production cycle, Patarica is determined not to let standards slip. Continuous improvement is demanded from the top down, and a six-person mine optimisation team is in place to make sure adjustments are continually made for the better.

The team has a blend of experience, with mechanical, electrical and geological expertise fuelling a unit that strives to find improvements. Run-time is at the top of its priority list.

“The team has a number of projects in progress and is driven by the key issues that cause the longest amount of down time. That’s their mandate,” adds Patarica.

“The key thing for me is creating a sustainable business for Senegal. We’re here for the long haul and we’ve got to get a return for our shareholders and key stakeholders and through that process we have to create a lot of value internally within Senegal.” 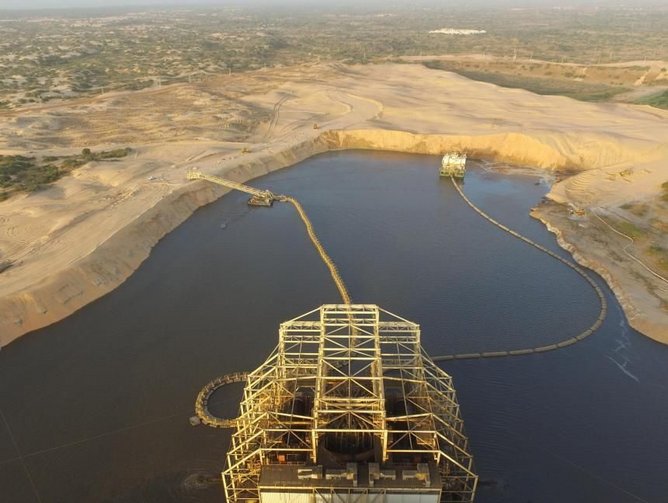 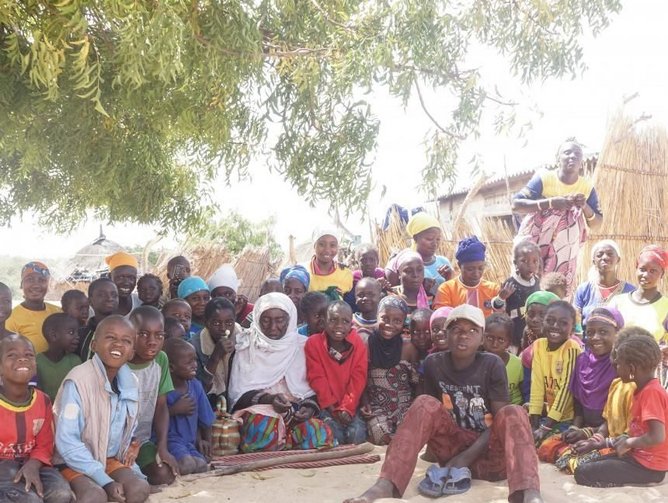 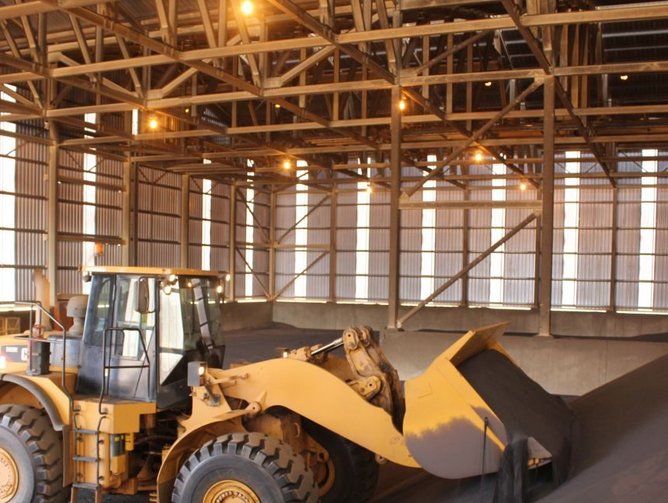 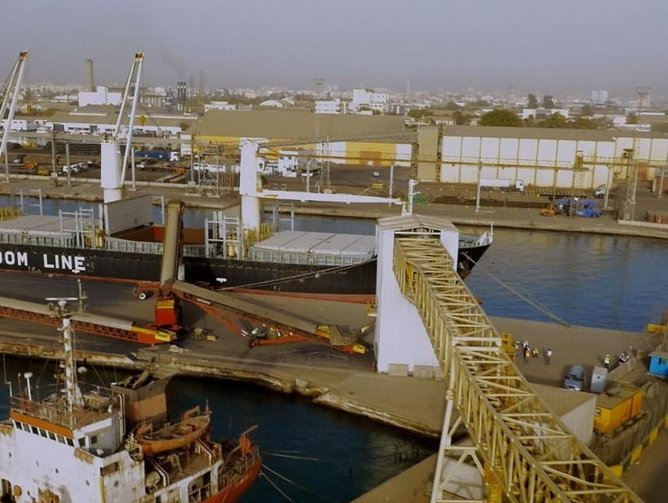 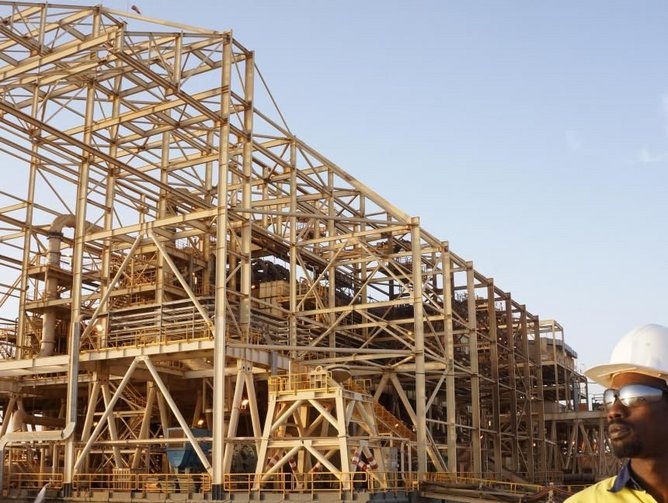