We talk to NL-DC about its incredible sustainability innovations, and the ways in which its newfound independence from KPN is being utilised

With sustainability and green credentials an ever-present and increasingly important issue across all businesses sectors, some companies stand out as champions of innovation in this area. Dutch NL-DC is known for its reliable and energy-efficient data centres in Aalsmeer, Almere, Eindhoven, Groningen, Oude Meer, and Rotterdam, all of which are cloud and carrier-neutral and allow optimal access to the world’s telco and data networks.

NL-DC may appear to have burst into the industry as already the leading provider of data centres in the Netherlands, but it has in fact been part of the KPN group for many years, and at the start of this year broke away as a daughter company. NL-DC is now the name of KPN’s colocation service, allowing it to dominate the market with freedoms not previously afforded to it. The company’s offerings are now able to be far more diverse and customer-focussed, and NL-DC already boasts an enviable reputation.

“It wasn’t easy to remove ourselves from KPN and strike out alone,” says Paul Driessen, Commercial Product Manager.

“And it wasn’t done in a day either,” adds Cees Greyn, VP Services. “We knew we could do better. A project team was created, which both Paul and I were members of, and we investigated how we could do better. We needed more focus, and because KPN is a telco, the market didn’t see our data centres as carrier-neutral. Customers demand carrier neutrality as a major element which should be supplied. We were carrier neutral already, but our name was attached to the provider – KPN – so moving away from that allowed us more opportunities.”

Asked if being a part of KPN proved restrictive, Driessen replies: “It’s fairer to say that we now have more room to maneuver. It’s wasn’t restrictive as such, we just have more possibilities now and focus on data centre business. We wanted to go in a slightly different direction which the customers were demanding.”

Part of this freedom is the ability to move further into international markets. KPN is focussed on the Dutch market, but in Driessen’s words, “the internet and cloud do not stop at the borders of a country. It’s different for telcos because usually the country defines the telecom company, but we knew that a lot of what we try to do and will be doing is coming from abroad, giving us an international perspective on things.”

NL-DC is not, however, planning to build new data centres in other countries for the time being. For now it is more concerned with the expansion of its brand, and the continual improvement of the facilities it already has: “What we’re doing is trying to bring focus to the company,” says Driessen. “If you’re a company that wants to come to Europe, then come to the Netherlands and the biggest Dutch data centre provider there is – that’s us. We have 50 or 60 years’ experience in data centre management, so we know what we do and we’re part of a healthy group. That’s the news we want to spread.”

While NL-DC does not offer digital security, as part of its effort to be as expansive a resource as possible to the customer, it will provide options and point them in the right direction: “It’s like we’re renting out apartments,” Driessen explains, “and we say ‘here’s the key’ and strongly advise you to use a good alarm system – but if you don’t, it’s up to you. KPN offers security measures, but if the customer wants to work with another company, they can implement whatever they want into the environment.”

NL-DC does, however, cover the necessary physical security elements, including fences around data centre premises, high walls, cameras, guards on-site at all hours of the day, and state-of-the-art locks so that the customer can be assured that there is no physical threat to their data.

Invaluable to NL-DC’s success is, of course, the company’s partners. SPIE-ICS is a long-term contracting partner, and is responsible for building the company’s award-winning tier IV data centre in Eindhoven in just six months.

“That project was very successful from a commercial point of view, on top of winning several awards,” Greyn explains. “People talk about partnerships, but it’s about more than just doing good business together. With SPIE we have a true partnership conducted in an open and constructive way.”

For engineering contracting services, NL-DC relies upon Royal Haskoning DHV, which expands upon the company’s own work in a priceless way.

“We have our own technical team which is responsible for the infrastructure design of our data centres, but when we need to upgrade and build something new, Royal Haskoning brings it to the next level,” Greyn explains. “It’s important to have partners which add value to the ideas you already have.

“Hamer is a mechanical contractor which worked together with SPIE on the Eindhoven project – specifically for the mechanical part – and they also work on other data centres in NL-DC,” he continues, “and ForTop Automation & Energy Control supplies us with a measurement system for the electricity used in the data centres. We measure all the variables and see where we can adjust settings, and can see our customers’ energy usage, meaning they only pay for the energy they actually use. This is a really detailed and efficient system that ForTop supplies.”

Now to the most impressive element of NL-DC – its sustainability credentials, the innovation for which has all been developed in-house by the company’s technical team. In 2015, the company was honoured with two awards for its tier IV data centre, which boasts the unique function of using all of its generated heat rather than wasting it. It is used locally to heat offices in Eindhoven (on the High Tech Campus), and while this is already remarkable, the company is planning to expand on this idea. Jeroen Vollmuller, VP Operations, is working with the Aalsmeer community towards using this same technology in the heating of the mayor’s office, a local swimming pool, a school, and several commercial buildings.

As with the offices which are benefitting from NL-DC’s waste heat, this involves NL-DC building a system in an existing environment, which simplifies the process. “It’s a very interesting project and gets attention from other municipalities,” Driessen says. “This is a data centre creating – together with all the mentioned parties – a system in which a heat exchange is placed in an existing environment.”

“As far as we know, it’s the first time it’s ever been done,” adds Vollmuller. “Everybody talks about it, but nobody has done it. We are preparing it at the moment and we hope we can start delivering it at the beginning of next year.”

More amazing still is the work NL-DC has done to achieve the prestigious DatacenterDynamics Sustainable Data Centre Award in 2016. An award that was offered last year for the first time ever, NL-DC was honoured to receive it, and it stands as a physical representation of the incredible innovation required to achieve the technology it won for.

“What did we do?” Driessen begins: “Data centres have to be very reliable sources of energy for computer systems. If the power grid fails, diesel engines take over to ensure the customer experience has no downtime – something that we offer as a guarantee. The diesel engines have to go from zero to full power in a couple of seconds to ensure that, but you can’t do that with a cold engine. If you tried to do that with your car every time, you wouldn’t get more than 10,000km out of your engine, so what you have to do is pre-heat them – like what happens with fire engines and ambulances – meaning you can go full throttle immediately.

“The heating of those engines is typically done by electrical systems which use nine kilowatts each. In Aalsmeer, we have 14 of those machines in a row, all needing to be pre-heated. That takes a lot of power, so our invention came from the knowledge that we need to heat the engines and that we create heat as a waste product. So we created a heat exchange, and figured out we could set the temperature as low as 45 degrees Celsius, which is 15 degrees cooler than the norm. That’s why we won the DCD award. Again, it’s something that had been talked about but nobody had done it. How did it feel to win? Brilliant! Because our peers recognise what we do as being quite special, and something that might have a big impact on data centres worldwide.”

“Heating the machines uses the same amount of energy as approximately 18 households,” Greyn adds, “which is a huge amount, but it can be prevented. It’s good for the environment, good for our children, and for the preservation of the future.”

“Plus the lifespan of this technology is between 16 and 20 years,” says Vollmuller. “The return on investment is around 24 months, so the finance guys are also happy.”

NL-DC has also been 100 percent CO2 neutral since 2011, because it only uses a combination of wind energy from the North Sea, and biomass energy from the Golden Raand powerplant in the north of the Netherlands. They are both local powerplants, so the energy does not have to travel far, and this is what is called ‘dark green energy’. Of course, none of these achievements are enough for NL-DC, and the company is still striving to be better.

“We want to take everything a step further,” says Driessen, “because a maximum of 10 percent of the total energy available used in the Netherlands is green. Our aim is to try and cut back on the use of energy as much as possible and have as little impact on the limited available green energy as possible all the while maintaining the high quality service we supply our customers with.”

While the company still considers itself to have a lot of work to do, Greyn proudly concludes: “NL-DC may be the most sustainable data centre provider in the world.” 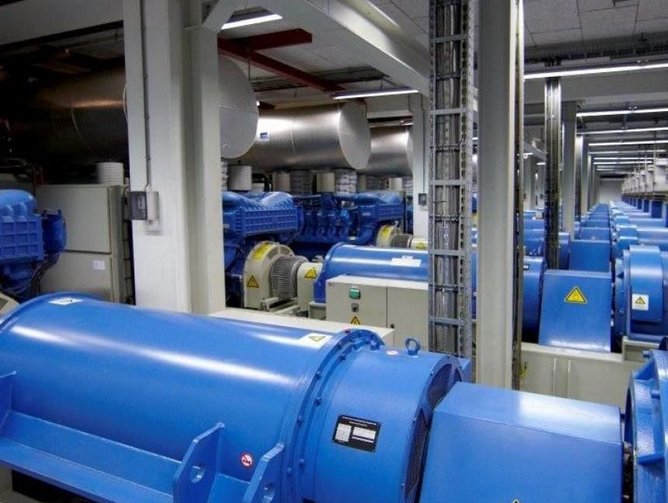 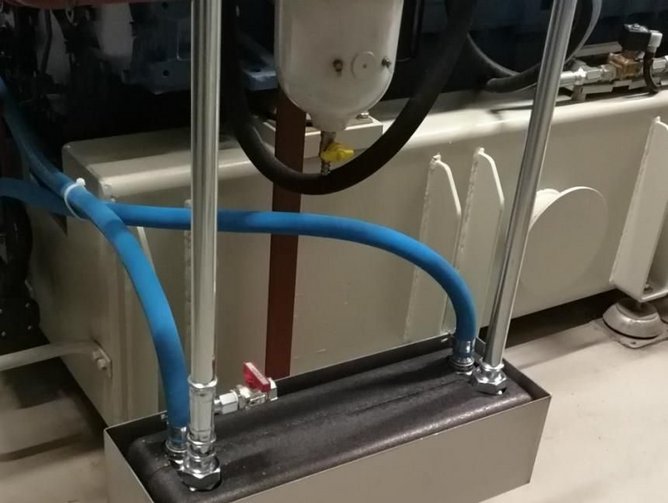 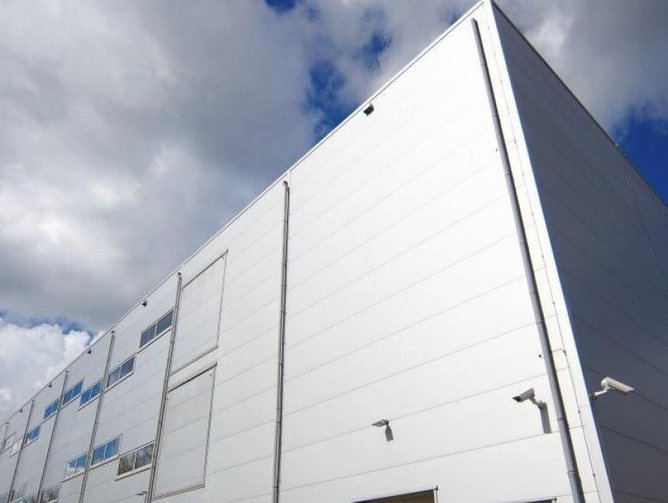 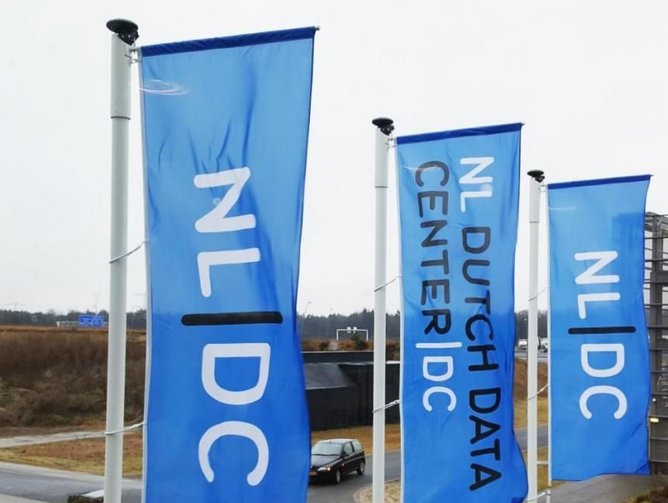