Hala Supply Chain Services strives for continuous improvement across its range of industries in Saudi Arabia, as demonstrated by its commitment to building a new 36,000 square-metre warehouse at its flagship hub in Jeddah.

Having been named 15th fastest-growing company in the Kingdom in 2009 and currently achieving double digit growth year-on-year, it is looking to build on impressive work with big name clients including SABIC, Saudi Aramco, Burberry and MG Cars.

Hala SCS prides itself on adding true value to businesses by offering a complete supply chain package, the demand for which prompted its shareholders to form this specialist subsidiary in 2003.

This value is to be further enhanced by the development of a comprehensive IT solution that facilitates enhanced visibility across entire supply chains, combining existing clearance, transport management and warehouse systems.

Chief Executive Officer Pieter Spaarwater added: “We want to make companies see their supply chains and logistics functions as a competitive advantage rather than -a cost centre. We do this through building collaborative partnerships and customised solutions to suit individual client needs.”

Hala SCS warehouse capacity includes 15 warehouses across 12 localities in Saudi Arabia, with the company carrying out clearance and forwarding work from airports, sea ports and dry ports, its main hubs comprising Riyadh, Dammam and, most importantly, Jeddah on the Red Sea where the new warehouse is earmarked.

“With the site secured and the design phase underway, construction will be complete by the end of the year,” Spaarwater said.

“The site will house products from our main industries including oil and gas, automotive, FMCG, pharmaceuticals, energy/mining, documents and dangerous goods, including frozen and temperature controlled facilities.”

“This is another example of how Hala SCS adds value: we help clients to select strategic sites and facilitate the outsourcing of the design process, depending on the products being housed.”

Hala SCS has also acquired an 83,000 square-metre plot in Dammam which is set for a similar development once the new Jeddah warehouse becomes operational. Spaarwater added that Riyadh will eventually host a new warehouse as well.

Such improvements will allow the business to expand greatly on its existing capabilities. Currently it has access to 2,500 vehicles which take anywhere between 5,500 and 7,500 loads each month.

Portside, the company clears 200,000 tonnes of product annually, ably assisted by constructive partnerships with UTi and Hellmann Worldwide Logistics that help to extend its international reach.

Showcasing the recent growth success is a portfolio of recent work spanning many sectors which includes some big clients.

SABIC (Saudi Arabia Basic Industries Corporation), one of the largest companies in the Kingdom of Saudi Arabia, enlisted the services of Hala SCS around 18 months ago for its downstream initiative involving the manufacturing of rubber and plastic car components.

The company carried out the clearance work and set up the facility in quick time, a key factor for the government who instigated the scheme. It also distributes the products across the Kingdom.

In oil and gas, Hala SCS assisted Saudi Aramco in a petroleum research centre project. “This involved setting up a compound for the staff supporting the initiative, a site containing around 400 villas which we had to supply the kiting and fitments within tight time constraints,” Spaarwater added.

“We covered everything inside the villas, from light fixtures and mirrors to furniture and cutlery, and all this was achieved within a strict temperature controlled environment.”

Further afield and in the retail arena, the company manages the route to market of Burberry products from the UK into Saudi Arabia, a customised agreement struck roughly 18 months ago.

Spaarwater continued: “From point of order in the UK to final store delivery it takes us a week which is quite an achievement considering the strict rules and regulations at customs in the Kingdom.

“The products come in via air and it is very process-driven with timelines associated to every specific step within the journey. It has been a major success for us and showcases our drive for excellence in service efficiency.”

In the automotive space, Hala SCS manages the supply chain for six fully assembled models from MG Cars into the Kingdom, along with assisting crucial after sale service by provisioning spare parts. The company is also clearing, storing and delivering Kumho Tyres products at a strike rate in excess of 95 percent.

Already boasting an impressive track record, Hala SCS views continuous improvement with enormous importance, with process, people and technology at the heart of its mission statement.

On the technology side, improving supply chain visibility by integrating existing clearance, transport management and warehouse systems into one umbrella solution is a priority.

“This is something we are looking to continuously improve, especially on generating enhanced visibility to the client,” Spaarwater said. “It is one of IT’s ongoing projects and within the next year we will launch an optimised visibility solution.”

The system’s individual components already offer a large degree of visibility, with the company having been appointed by Descartes to operate its Roadshow route optimisation package.

Looking after its people, who ultimately make use of the technology and drive the processes, is also crucial. Hala SCS employs 300 permanent staff with seasonal temporary workers fluctuating through the year, and gauging both employee and customer feedback is something Spaarwater actively pursues.

He said: “We have an annual cultural audit which is carried out by independent consultants and our aim is to cultivate a positive ownership culture. This is supported by wide-ranging training opportunities for staff as a major component of human capital investment. We have on-the-job, internal classroom training and externally facilitated training, and our top performers are sponsored to attend internationally-recognised courses.”

The company is also bringing in expertise to help the workforce adapt to lean six sigma principles.

Hala SCS, while proudly holding platinum status in regards to its employment of Saudi nationals, is an extremely diverse organisation.

“Our environment is a microcosm of the cultures and nationalities within Saudi Arabia,” Spaarwater added. “In my team of reportees alone, I have a Belgian, South African, Indian, Pakistani, Jordanian and a Saudi national.”

Such diversity could well be translated into the company’s geographical remit in the coming years, for once it has consolidated its core Saudi operations, the horizons may widen to incorporate other GCC countries. 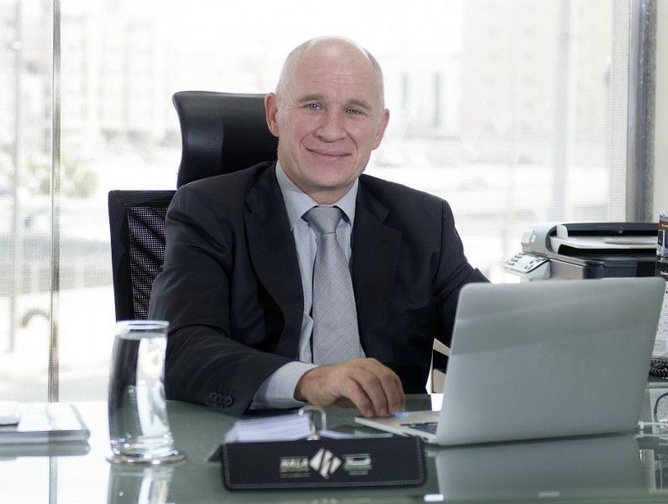 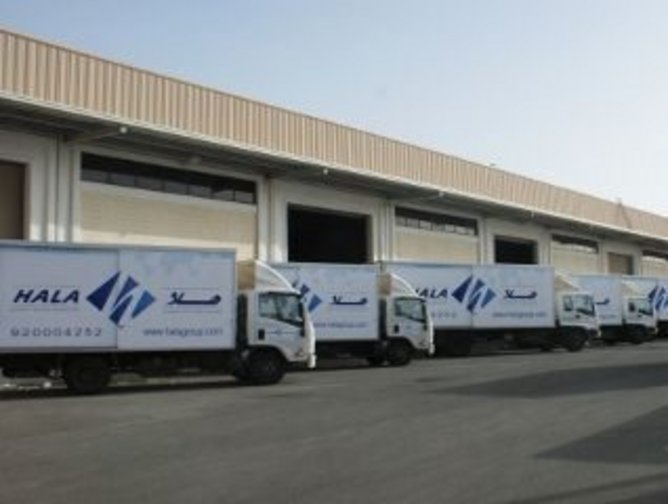 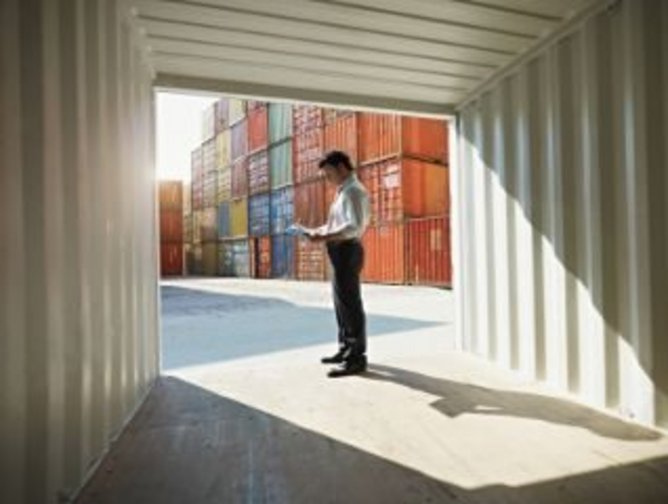 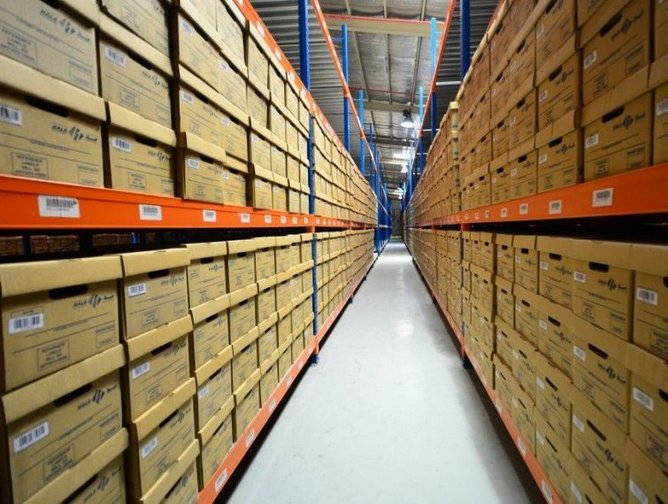 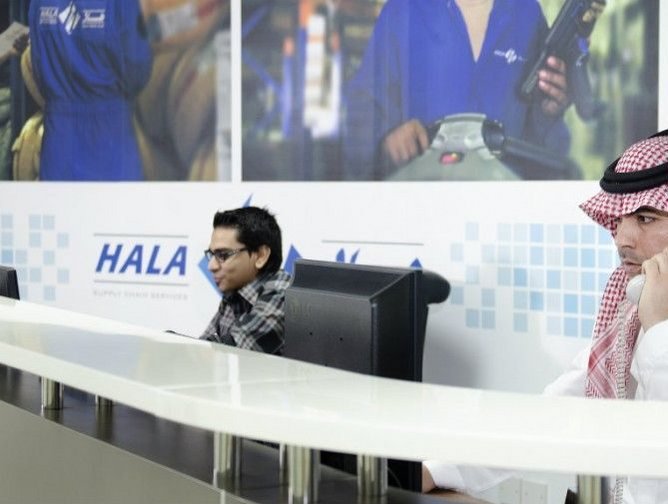 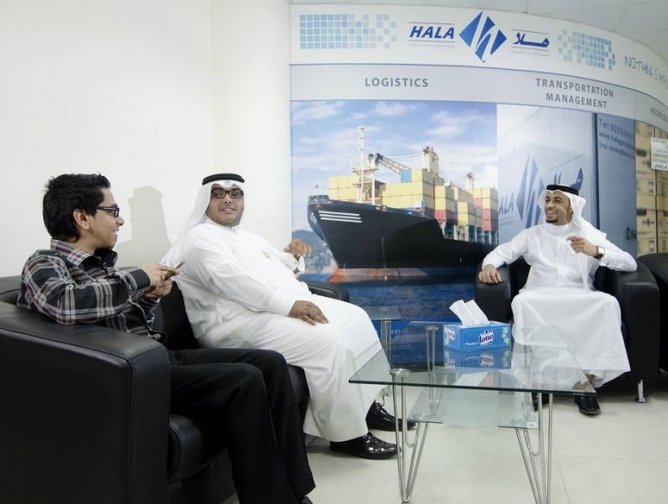