A passion for digital technology, and it’s power to drive business optimisation and operation excellence, underpins much of Dr Nick Miesen’s career. Miesen, who has more than 12 years’ experience in areas as diverse as aerospace, chemicals, supply chain and manufacturing, and fast-moving consumer goods, brought that experience to Henkel Adhesive Technologies at the start of this year. Since, he has been responsible for driving digital change in the organisation’s operations, supporting Smartfactory capabilities roll-out across the organisation and leading the company’s Global Digital Quality programme.

As one would expect, Miesen is well versed in the latest digital technologies. He is also a vocal proponent of the importance of perfecting the operational basics that underpin those technologies. “Looking retrospectively at the concept of digital transformation, particularly four or five years ago when I was working at AkzoNobel, there was a fair amount of hype around digital. That’s over,” he says. “Companies are realising there’s a lot of tough work in adopting digital strategies and that there’s no silver bullet. If your processes aren’t standardised and you don’t have the basics in place then worrying about the ‘sexy’ tech like AI or VR just won’t work - you’ll stay locked into the experimental phase.”

Miesen elaborates on the ‘digital backbone’. This refers to the infrastructure, strategies and processes in place that enable technology adoption to be maximised and bring operational excellence. “It’s really important to not be blinded by new innovations,” he states. “From my perspective, the foundation of any digital transformation is the people - I’d rather have 1,000 highly capable individuals trained in the basics than a couple of master coders. That strong foundation across the organisation lets you build out the entire decision making process, to properly analyse and problem solve and achieve the low hanging fruit first. There’s a bigger picture, of course, and a full strategy but only focusing on that just isn’t a sustainable approach to building operational excellence.”

In January this year Miesen joined Henkel Adhesive Technologies as Head of Digital Operations and was tasked to build on the digital work before within operations. Michael Merget, currently Head of Operations and Supply Chain, started a few years ago with the digital quality program. The business, which is a leading solutions provider for adhesives, sealants and functional coatings globally, was already in a strong position digitally, he says. “I found the business to be really advanced, and quite visionary in terms of that digital backbone I mentioned. We have a major programme finalising to consolidate all SAP systems and let us house all our data in a single system. That’s a great starting point for digital, and not something I’ve seen in other companies I’ve worked with.

“But, objectively, I saw very early on that there was the potential to do much more with the data,” he continues. “For example, there was a lot of data around introducing new platforms and systems, and some utilisation of that data. That’s really where I saw my role coming in - to take advantage of and build on the great work that has already been done, to bring in those low hanging fruits and build out the basics in the best way.”

Since joining Henkel, Miesen has led the company’s Global Digital Quality programme, which aims to predict and improve product quality; he has strategised, planned and deployed digital programmes and sought out opportunities to introduce new technologies to the business. “The high-level strategy is to build digital operations,” he says. “But, it’s important to be very clear on what that actually means.

“First and foremost, it’s about the seamless flow of data both ways - that’s the backbone,” he continues. “But within that are several smaller objectives. You need connectivity, for example. So, data needs to be transferred and centralised and then you need visualisation of all that data. That plays into the global digital quality function I am responsible for, as if you can have a global solution whereby we can track and visualise any variations in quality of material input and finished goods. Having the whole organisation globally able to visualise all that data gives the ability to make better decisions and work towards operational excellence, and create customer value.”

With this step in place, Miesen explains that the focus shifts first towards being more predictive and then bringing greater intelligence and algorithms into the process. The former, he explains, revolves around using the data collected to model processes, from the simple to the very complex. “You start with simple linear regressions, then move along the level of complexity so that you can gain greater understanding by using statistical analysis,” he says. “The next step is to add intelligence to those statistics, which enables you to analyse, prove, predict and understand anything.

“Those, for me, are the key steps in the sequence of building that digital supply chain. We move from simple data to advanced data analytics, and as we do it the supply chain becomes increasingly digitised for us, our suppliers and our customers. It’s quite conceptual but it’s a very clear and defined process.”

While for Miesen the process is clear there are, he concedes, still challenges to overcome in digitising a supply chain operation. “We still have data in different systems and formats. The biggest hurdle is getting that data into the right place and in the right order. To a degree, the analytics and visualising of the data is the easy part. The big challenge is found in knowing which sets of data to address first, in trying to align the different ambitions and functions of the various stakeholders and standardising the operations process. If we do that, it’s really the biggest step to take forward.”

Henkel’s size, too, poses challenges to operational excellence. Miesen and the team are responsible for optimising operations across 140 sites. “I don’t need to explain that, to implement a digital journey across so many facilities means you have to work smart. This is why we’re adopting a Smartfactory approach, which includes a manufacturing execution system (MES), a robust ERP layer and a host of other smart tools,” he explains. “It’s a really powerful technology to have available, particularly as we have a long-term strategy to move towards different levels of automation at our sites.” Furthermore on the subject of enabling digital transformation, Miesen adds, " I see the development of the Vegam system as the answer to a customizable digital future, a digital twin with the ability to create an interactive layer with the ERP systems is a powerful tool from the shop floor to the board room. "

Of course, since Miesen joined the company in January, the world has seen significant disruption as a result of the global COVID-19 pandemic. For businesses in every sector, the impact has been enormous, forcing a shift in both how existing operations are carried out and, in a broader context, in the implementation of new technology. Naturally, Henkel prioritised the safety and wellbeing of its employees while ensuring it could continue to operate and supply its customers.

“The biggest change, like everyone else, was in facilitating a remote working environment,” says Miesen. “I think, collectively, we are all very proud of Henkel’s response to the crisis, particularly across such a broad and diverse business. It’s definitely brought several new technologies into the picture too, as well as refocused everyone’s views on using technology. For example, things like augmented reality innovations have come into focus with us deciding to use Microsoft’s HoloLens system, which will facilitate remote workshops, remote audits and more. More broadly, I think this will change some of the more conservative thinking around technology and business.”

Disruption aside, Miesen is resolute in his commitment to Henkel’s digital journey. His immediate focus remains on building an innovative digital supply chain while changing the way that Henkel does business to be more agile and lean. “If we build our processes to be better and use our data in the most effective way, this will feed into our product development processes and our understanding of exactly what the customer wants. Data is power and to have that database in place will enable the next step - to the lab, to the testing facility and intelligent modelling. That’s where you’ll see the real benefit of this journey, it will absolutely keep us ahead of the curve.” 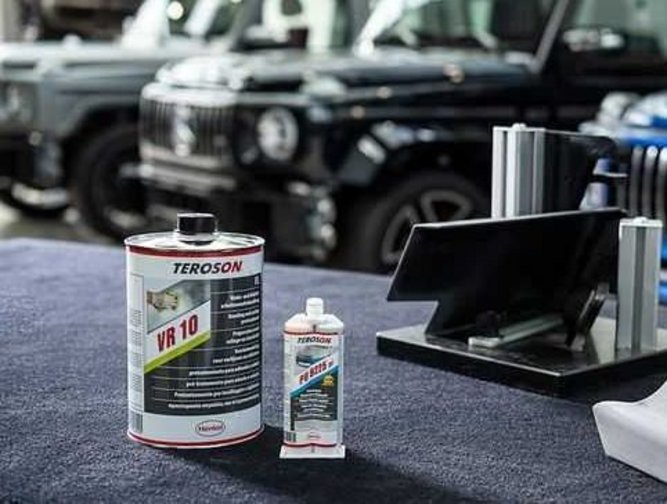 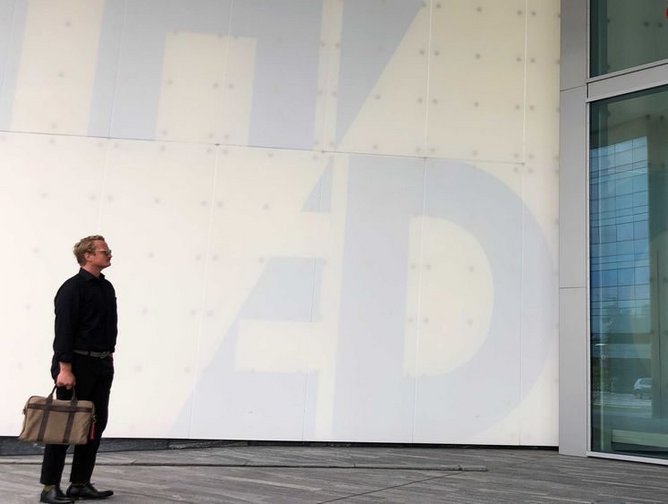 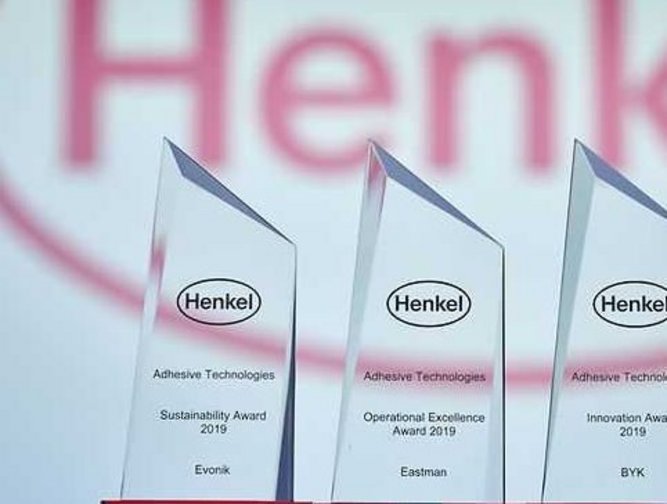