Hensoldt: Carving out success through IT infrastructure

In this modern era of digitisation, carving out and establishing a provider of sensors and integrated solutions for the European security and defence market requires strategic leadership and an in depth understanding of IT, technology and this changing technological landscape.

Thankfully, for HENSOLDT, that leader comes in the form of Steffen Schreck as CIO. Following a long career in IT, one that has seen him work in all roles within the IT function, Schreck has overseen significant transformations and mergers and acquisitions.

It is this experience, he feels, that makes him the right man to help shape HENSOLDT’s carve out from Airbus and build a future IT infrastructure.

“My first task was and remains the execution of the carve out and the ramping up of the IT department entirely to the creation of an independent company altogether in HENSOLDT”, he says.

“This means building up all the business functions and all the other support processes such as IT. The challenge here, was that this was happening all at once and not as part of a long-term strategy, or from a baseline because everything was and is being created from scratch.”

HENSOLDT was formed from Airbus, specifically the company’s defence electronics activities. In 2017, under the name HENSOLDT, which comes from the German pioneer of optics and precision mechanics Moritz Carl Hensoldt, the company embarked on an ambitious carve out journey.

As CIO, Schreck is tasked with creating not only an IT infrastructure for an entire company, but one that will be capable in supporting the delivery of market leading, innovative data and sensor solutions.

“Building up and developing IT, which is often a support function in that situation, is a challenge in itself,” he says. “But in a situation like this it’s even more so. You’re working on a lot of assumptions and you can’t look to another business support function and ask for help, because they are in the same situation.

“This, in effect, creates a level of instability.”

No transformation of IT infrastructure is without it’s challenges and as Schreck points to, building that alongside the formation of the company itself only amplifies that challenge. The key challenge in this regard becomes one of prioritisation, or lack thereof in this case.

“Everything is operating parallel to one another and you simply cannot say that you’ll do it sequentially and start with this and prioritise that,” he says. “Of course, this applies to the business departments too, so you have the challenge of working with an entirely new approach model right from capturing requirements to project execution.”

As with the forming of any company, this is a continuous process. When the decision was made to separate and carve out into a new independent organisation, the company set itself a timeframe of  sixteen months.

Sixteen months to separate, build and set out into the market is no small feat, but HENSOLDT enters 2018 as a fully-fledged organisation with more than 4,300 employees worldwide, 1,000 patents and a turnover of more than €1bn. ($1.24bn USD)

But despite this success, Schreck concedes that the journey took some time to get going in the first instance and this was a product of having to work with and ultimately convince various different stakeholders.

“Separation takes time,” he says. “This meant we had to convince lawyers, convince the business managers and the shareholders that there is a clear business case here and one that will result in great success moving forward.”

The way in which Schreck overcame this and was effectively given the greenlight was simple –  communication. But as a technologist, someone who has lived and breathed IT and technology throughout his entire life, he had to adapt.

Luckily in the beginning, Schreck was backed significantly by the board, but as he embarked on this new company, he had to make a decision as to what data and what property he would take with him to HENSOLDT.

This is where the establishment of a solid base of communication proved key.

“It was very helpful to create a common understanding. Handling data and solutions like this, and of this scope, I needed to convince business leaders to buy into what we were doing,” he says.

“It also proved very helpful in establishing a multi-functional team that would work with me on this. After all, as we were starting from scratch we only had a very weak definition of what the separation would be, and I alone could not define what was the intellectual data of Airbus and what was the intellectual property of the carve out. This was something that had to be clarified from the beginning.”

As the journey gathered steam, Schreck and his team had to migrate close to 4,000 workplaces across three main sites in German, with a large number of smaller size and remote sites all over the world. When Schreck begun to dig deeper, that migration included more than 600 applications.

But the challenge before Schreck here was not a typical one, in fact the technical separation and installation was comparatively straightforward.

For Schreck, the challenge was one of licencing.

“We found out pretty quickly that the major problem is the licencing. Vendors are quick to sell you a new licence, but when you’re dealing with a transformation of this size those licence models are in no way ready to accommodate that,” he says.

This required substantial negotiation and overall effort from a multi-functional team of procurement and licence experts, which again was difficult due to the creative journey which saw the IT users defining which applications were needed and to what scope.

“It was very difficult as we work with a large number of vendors, but in the end, it was solved effectively,” Schreck says.

HENSOLDT, through its very nature like Airbus before it, captures, processes and analyses data. As part of its market offering it offers sensor and data solutions and in doing so the company must ensure it has the capacity and the capabilities in place to do so.

This is where the company adopted a “cloud-first” strategy, which was born out of the concept of not wanting to migrate or merge “too much” from Airbus.

“We wanted to be quick in forming HENSOLDT,  and so we realised that we could easily integrate too much from Airbus which would be both costly, and time consuming,” says Schreck.

“And we looked at the handling of data, which is extremely confidential given our market, and we realised that we could utilise cloud software to store that data.

“It actually helps us further in the sense that we can push the separation and implement new solutions much quicker and more effectively.”

As HENSOLDT moves towards becoming a global blue chip brand, coming off the back of a transformational journey, Schreck feels that it is not only the company that has had to evolve and transform, but that the industry and the role of the CIO has changed alongside it.

“It’s no longer just business IT or being seen as just a support function,” says Schreck.

“You have a much bigger influence on the organisation and with that, the CIO has to be an integrator. It’s not just about creating platforms and solutions, it’s much more. Ultimately, it’s about supporting the business in a global process model, and that’s what we’ve achieved here with Hensoldt and will continue to do as we embrace the future.” 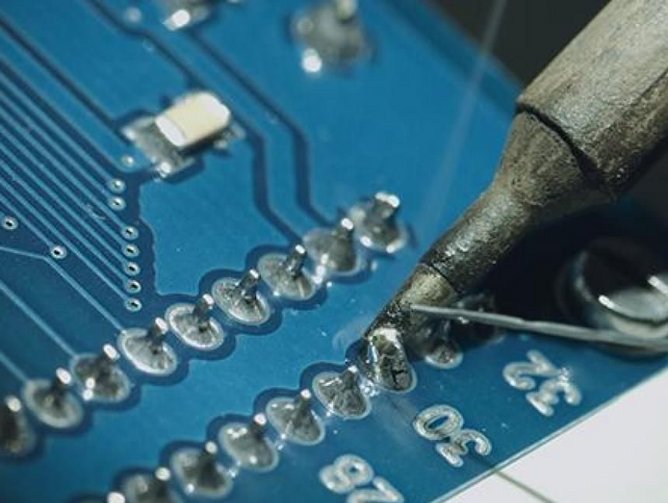 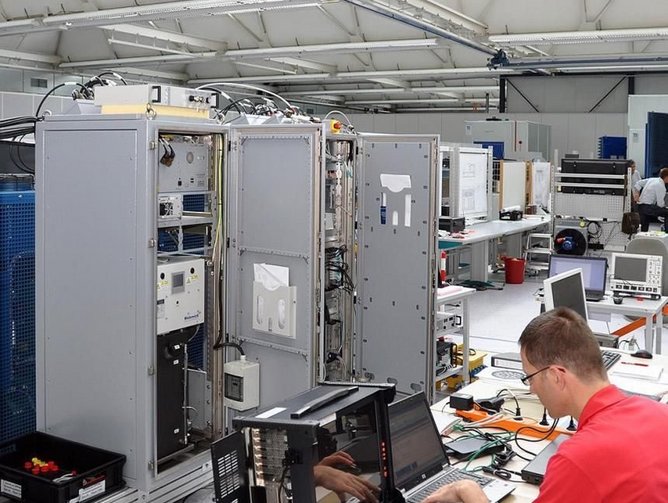 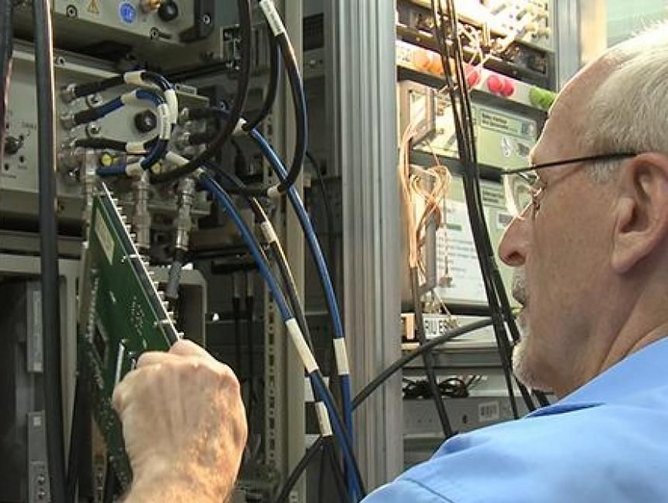 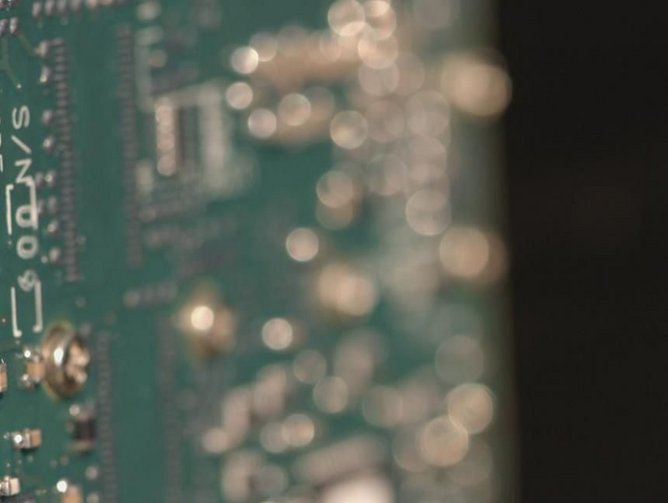 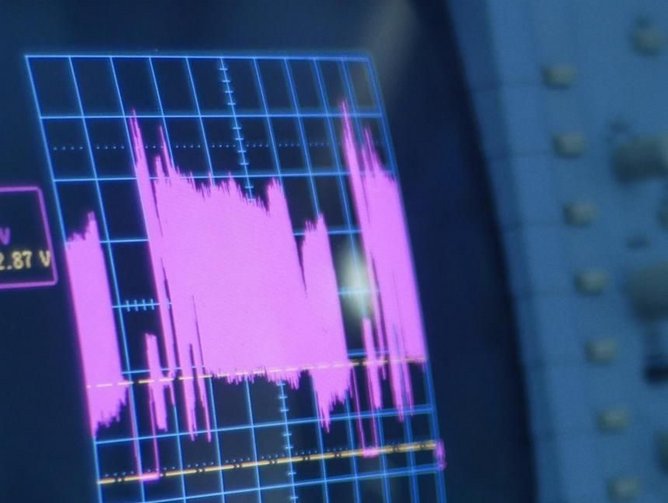 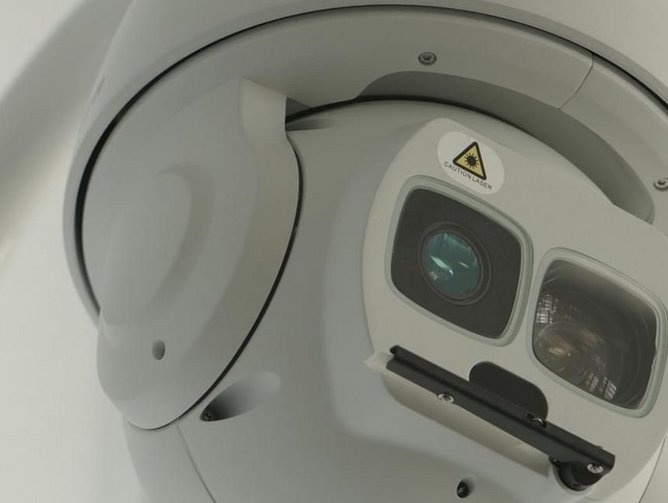