“It started in Nigeria. Then, it continued through Ireland. Then, because the family was of Greek origin, it went back to Greece where we took over the business in Greece by creating the bottling operation. We were soon able then to go much broader and to take over Central and Eastern Europe, all the way to Russia and the Baltics.” This is a potted 50-year history of Coca-Cola Hellenic Bottling Company (Coca-Cola HBC) as described by Alain Brouhard, Group CIO.

Coca-Cola HBC is a bottling partner of The Coca-Cola Company. This means that The Coca-Cola Company manufactures and sells concentrates, bases and syrups to its bottling partners, owns the brands and is responsible for consumer brand marketing initiatives. Coca-Cola HBC uses the concentrates and syrups to manufacture, package, merchandise and distribute the final branded products to its trade partners and consumers.

“We are one of the top three bottlers of Coca-Cola in the world, covering 28 countries,” Brouhard explains. Coca-Cola HBC is now headquartered in Zug, Switzerland, and has a premium listing on the London Stock Exchange and a secondary listing on the Athens Exchange.

While the name Coca-Cola is synonymous with red packaging and a caffeinated fizzy drink, the company produces much more than this. “I believe one of the key characteristics of the business over the many years, that's specifically accelerating now, is becoming a total beverage company,” observes Brouhard, “meaning not only the Coca-Cola product, but expanding on the portfolio of what we call soft drinks, going much more into a broad portfolio, which includes products like water, juice, tea, energy drinks – all the way to premium spirits and coffee.”

Still drinks – water, juices, tea and energy drinks – make up to 31% of Coca-Cola HBC’s volume. This diverse portfolio means that the company is a strong partner for its customers and provides great choice for consumers.

In order to better serve its customers, Coca-Cola HBC has invested significantly in technology. “We are deploying now an SAP solution called SAP Hybris,” Brouhard advises. “Hybris is the B2B platform we are using to connect with our customers, to be connected 24/7 not with the consumer, but with the customer. A web customer portal, that's what it is.”

Of course, the end consumer has not been forgotten, and Coca-Cola HBC has also invested in technology to help it target this audience. “We have a suite of digital solutions that are creating a connected commerce environment,” Brouhard comments. “Most importantly, we are launching now across Hellenic an app aimed at teenagers. It is designed for us to be able to directly connect with the teenagers by having an app which is on their mobile phone – an app which is available on the App Store or the Google Store.”

The app, known as WOAH – Where Only Awesome Happens – is comprised of two key elements that help Coca-Cola HBC to connect with its target audience. “It has an entertainment element, so a lot of content coming about the brand, concerts, new product launches and, as Coca-Cola is a sponsor of FIFA, anything that has to do with football,” Brouhard advises. “All the things are content-driven, including sharing options.”

Running in parallel to the entertainment element is the activation element. “It's basically our part to digitise promo activities. For example, e-coupons, push notifications,” Brouhard observes. “Using the app to connect us with the consumer enables us to find new ways of selling Coke and the rest of the portfolio.”

The iconic red Coca-Cola coolers, found in stores worldwide, are also becoming part of the connected commerce environment. “Those Coca-Cola coolers are becoming smart. We are putting devices into the cooler, and the cooler is becoming active – active in a sense that we can measure performance of the cooler, door opening, temperature and energy consumption,” explains Brouhard.

“More importantly, the beacons sell to a consumer who has WOAH. If you are a teenager, you have downloaded WOAH, you pass by a store and you're close to a cooler that is connected, the cooler sends a push notification saying, ‘Come here. If you buy one Coke, if you scan it, the second Coke is half-price.’ That's the kind of activation that we have between the cooler and the WOAH app.”

The diverse portfolio offered by Coca-Cola HBC, and its work to become a total beverage company, further allows it to connect with consumers. “We are connecting with the consumer 24/7, from morning to night, including during the day with full hydration with water, with soft drinks with meals and so on – from morning with juice and coffee all the way to the night with premium spirits. Jack Daniels and Coke is a good example, as we are the distributor in some countries for Jack Daniels,” Brouhard enthuses.

The Coca-Cola Company is the world's largest beverage company and operates in more than 200 countries. Its brands include four of the world's top five non-alcoholic sparkling drinks: Coca-Cola, Coca-Cola Light (Diet Coke), Sprite and Fanta. As such, Coca-Cola HBC utilises numerous sales channels, including e-commerce. “We don't do that ourselves. We do that with e-retailers, who already have websites, like Amazon, or the websites of brick-and-mortar retailers, for example, Tesco Online,” Brouhard explains.

Coca-Cola’s embracing of technology and all things digital is not solely confined to commerce. Operations at the company have also been enhanced. “We are creating a digital platform for end-to-end integrated business planning. Then there is smart manufacturing, which has to do mainly with RPA, robotic process automation, online sensors and automated production,” reveals Brouhard.

“Third is connected logistics. Most of the time we outsource our logistics through 3PL partners, but we are connecting with them through digital platforms to know exactly where the product is. This is currently not live yet. Last, we have a shared service organisation, which is located in Sofia, servicing all the 28 countries for all the financial and HR transactional work. We are also working on exploring chatbot solutions for our shared services.”

In order to embrace digital so fully, Coca-Cola HBC has worked with a number of strategic partners. “All our backend is on SAP, with one integrated infrastructure and one single integrated application. All our ERP and CRM systems are on SAP across the 28 countries in an absolutely consistent way, all backed up by one single data centre, based in Athens, under the management of a company called OTE Group, which is a subsidiary of Deutsche Telekom,” Brouhard advises. “That's the very high-level infrastructure. It's not a cloud solution, it's our own data centre, but managed by OTE Group.”

Naturally, with such a vast amount of data being managed within its systems, cybersecurity and data analytics are of critical importance to Coca-Cola HBC. “We are sitting on trillions of pieces of data because of our base in terms of number of consumers and number of customers, which is very big,” Brouhard explains. “We are the largest customer of SAP, in terms of the number of transaction endpoints, so you can imagine the size of our data centre. We are working hard to move from data to insights and we are developing commercial and supply chain use cases to transfer or translate that data into insights, which will drive the business faster and in a more efficient way.”

On top of that, Coca-Cola HBC increasingly investing in and using cloud solutions, which are connected to the backend. “That's the case for field sales automation, for HR management, and also for some solutions related to supply chain. We are creating strategic partnerships with big vendors, such as SAP, Microsoft, and Deutsche Telekom OTE,” states Brouhard. “We are strategically working with Google and Atos, the French company, who is our exclusive outsourced IT service company.”

Coca-Cola HBC has also formed a strategic partnership to create a people platform called Helo. “It is a solution that we have co-created with an external company called Cornerstone, which is a digital platform for learning, talent, and performance management,” Brouhard advises. This is part of the company’s aim of being an empowered workplace. “We have a second key element in that empowered workplace – smart working,” Brouhard adds. “Smart working is how technology can make the lives of our 32,000 employees easier, faster and more effective. That's smart working.”

It is not just Coca-Cola HBC’s employees who benefit from digital learning platforms – the company also gives back to society, helping to enrich the local community. “We have a corporate community initiative, which we call Youth Empowered. Youth Empowered is our new centrally led, strategic initiative to help support 18-to-30-year-olds achieve their career ambitions and live a fuller life,” Brouhard advises.

“The programme targets those who are not in education, employment or training and seeks to address persistent underemployment issues in some of our markets. We aim to support young people’s needs in their transition from school to meaningful employment by helping them build fundamental life and business skills and long-lasting professional and peer networks.”

According to Statista, the soft drinks market in Europe is expected to grow annually by 1.6 % (CAGR 2018-2021). With this in mind, what plans does Coca-Cola HBC have for the future? “It's all about growth. The growth has two aspects. One is the portfolio and the second one has to do with the level of consumption. We are quite fortunate to have a very balanced portfolio of countries and brands,” Brouhard acknowledges.

The 28 countries in which Coca-Cola HBC operates are split into three categories – established, developing and emerging. “For example, we have Italy, but we also have Russia and Nigeria. You understand immediately the differences between an established market like Italy, a developing market like Russia, and a really emerging market like Nigeria. What we know is that we have huge growth potential, specifically in the developing and emerging markets, where beverage consumption per capita is relatively low,” Brouhard explains.

“Even with the same country portfolio that we have today, which is pretty big at 28 countries, we will be able to grow through the product portfolio expansion and new products, but also by increasing the consumption per capita.” 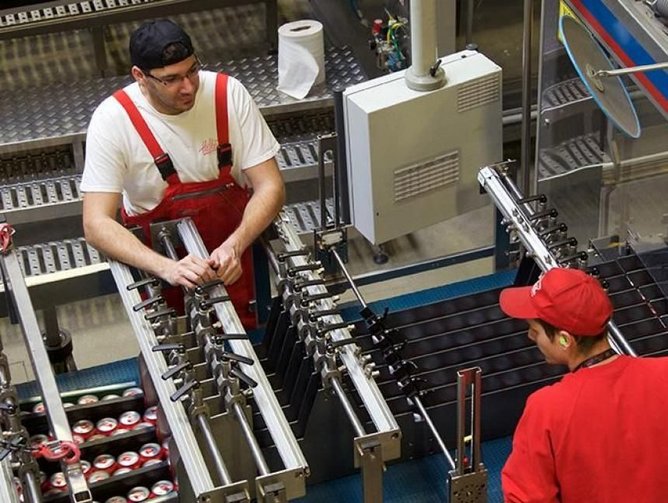 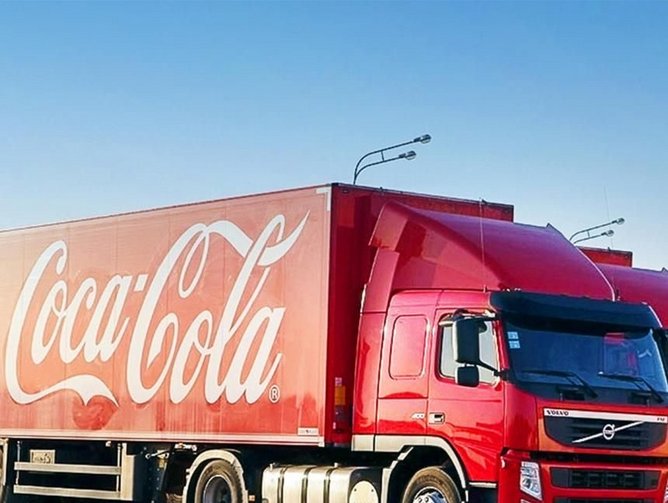 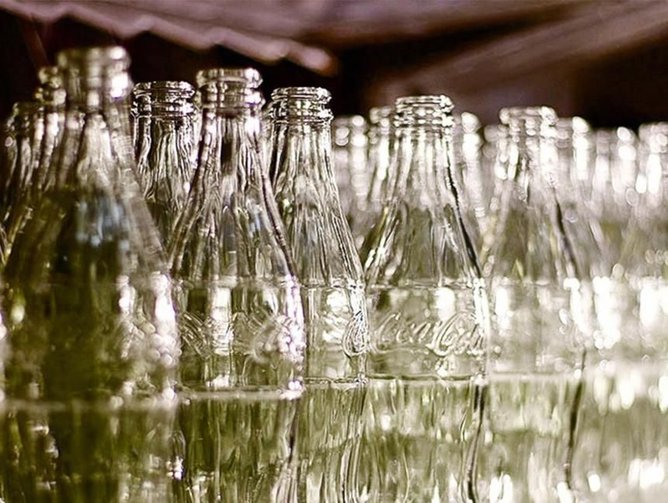 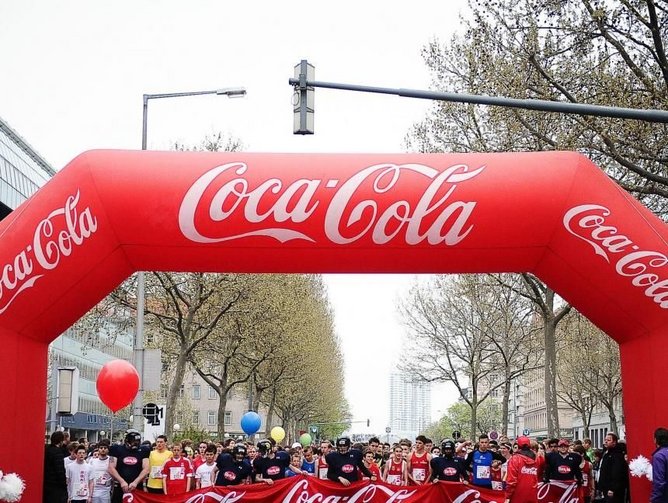 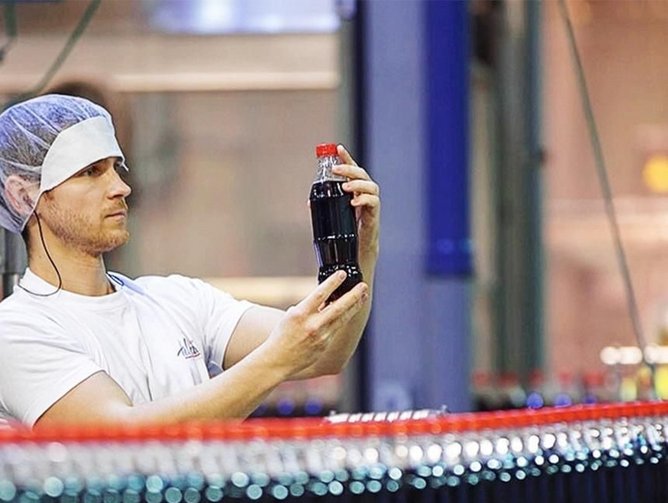 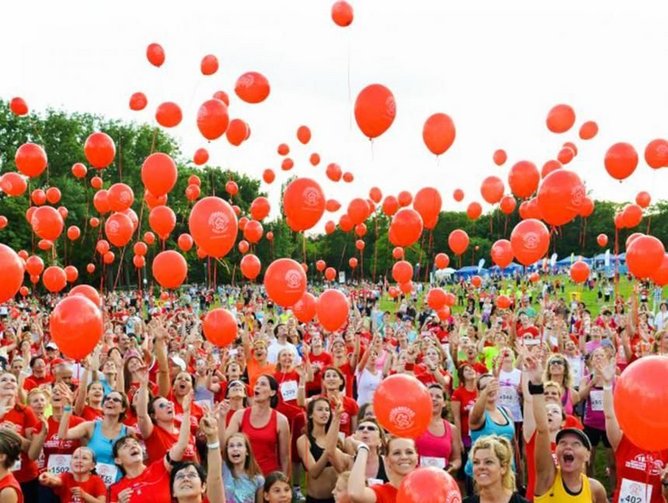 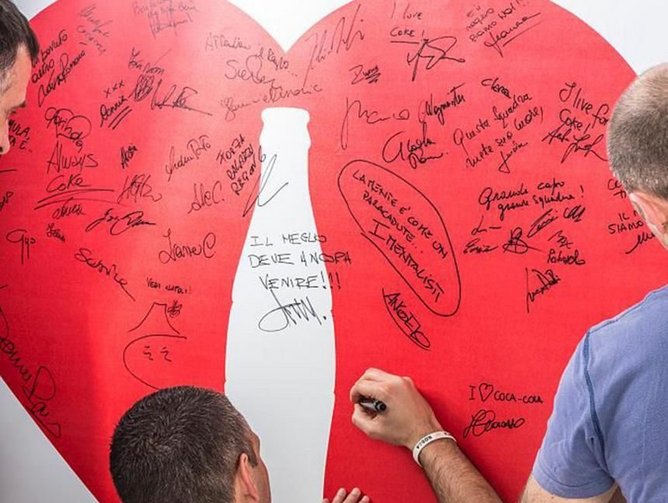 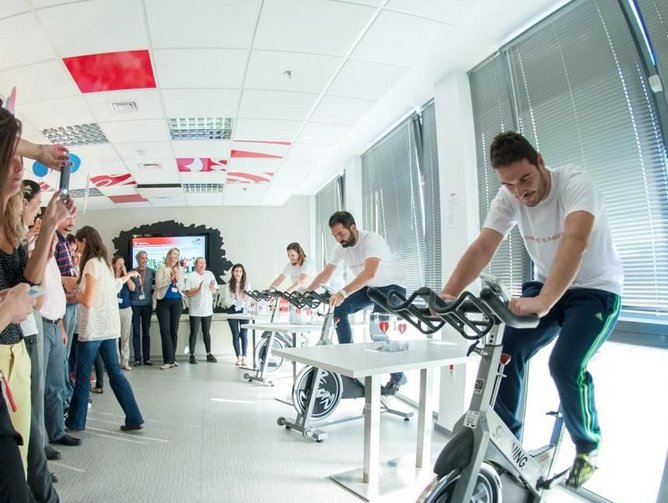 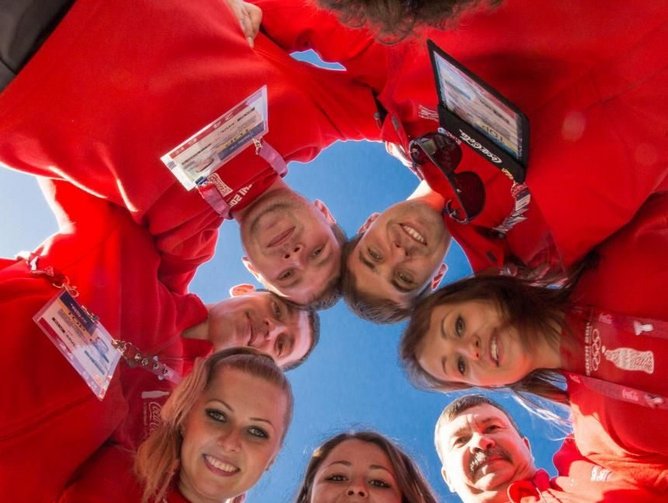 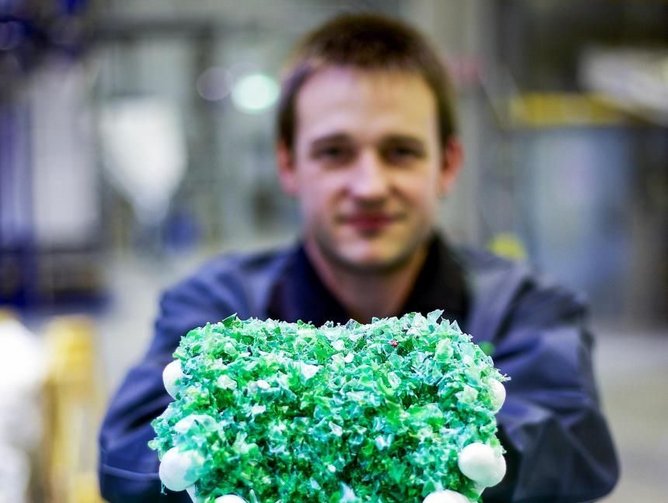 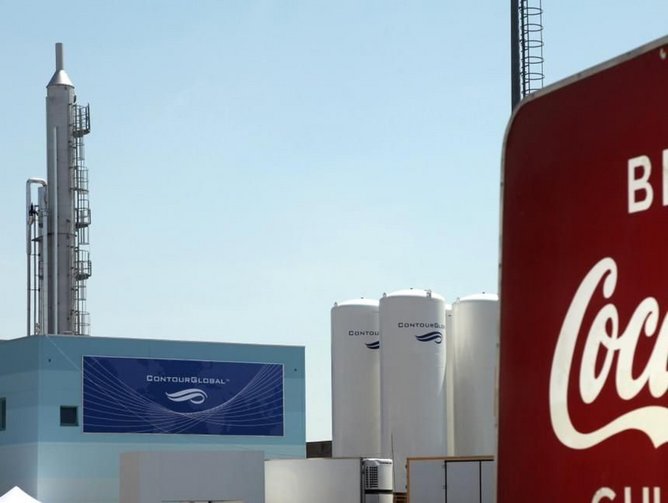 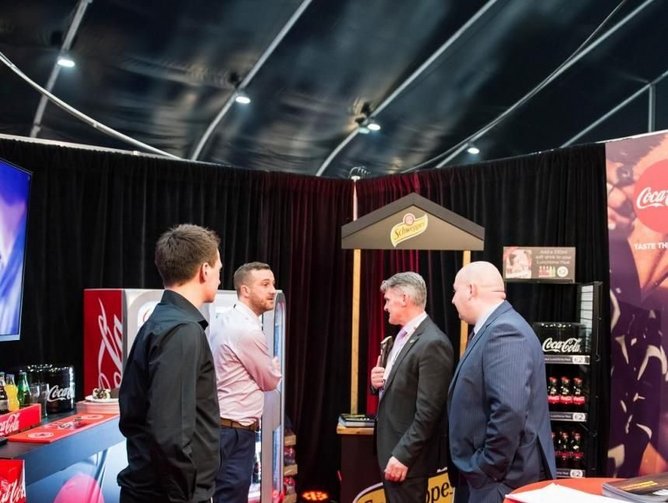