The United Nations estimates that as many as 4bn people around the globe live in places where there are no street names or numbers.

This is particularly prevalent in the UAE and the Middle East, but is also common in emerging markets like Pakistan, Nigeria and Egypt.

This simple lack of an address can have big consequences – it makes receiving deliveries difficult and it makes e-commerce sluggish. However, Dubai-based Fetchr believes it has the answer, and it's in your pocket.

Tapping into the GPS location service on your phone, the international courier service is revolutionising the world of shipment and delivery in both the Middle East and abroad.

By leveraging cutting-edge technologies and tracking systems, Fetchr enables delivery of parcels directly to you, wherever you are.

A gap in the market

The usual delivery system in the Middle East is an unpredictable one, explains Fetchr Founder and CEO Idriss Al Rifai, and this is how the Dubai-based firm can disrupt the industry with a simple solution.

“Whether you’re in the Middle East, Pakistan, Nigeria, Egypt or elsewhere, there are so many countries in emerging markets that don't have address systems,” he says.

“In these regions, drivers might pick up 30 packages at the warehouse in the morning, and then they will call the consumers. The customers will then have to actually describe their location and say ‘it’s the second street on the right after the grocery store’, for instance.

“It’s very suboptimal because your fleet is subutilised,” he adds. “It's also a huge pain for the consumer because they have to repeat this conversation every time they receive a package. It just doesn't work and the un-delivery rate is extremely high.

“About 30-35% of packages don't get delivered because the driver cannot find the customer. It’s a big problem, and this is why we decided to deliver straight to your mobile phone. People spend a lot of time on their smartphones and so it’s a device which you have with you most of the time.

“We use the GPS location on your smartphone so you can receive your delivery anytime, anywhere – that's the genius of Fetchr.”

By using GPS, Fetchr is not only circumventing the problem of not having an address, it is also tapping into the mushrooming mobile market in the UAE.

The region has the highest level of smartphone penetration in the world, according to a report by Newzoo, and so Fetchr has a promising target demographic.

This successful concept has taken hold in the region, and for Al Rifai, there is one statistic that sums up the company’s success – its undelivery rate.

“For a traditional logistics company in the e-commerce market, the undelivery rate is anywhere between 25% to 35%. This means about 30% of parcels never gets delivered either because the customer doesn't want it, the delivery company cannot find the customer, or the experience has been so painful that the customer decided to cancel it.

“‘Cash on delivery’ is the typical payment method for e-commerce in the UAE, and so if a parcel is undelivered that’s a huge cost. In contrast, our return rate is only about 6%, which demonstrates how different we are.

Like apps such as Uber and Deliveroo, the Dubai-based company uses an algorithm to match couriers with pick-up and drop-off points. Its basic service asks customers to choose a time slot and also offers the option to drop-off a package with a receptionist or a safe space.

As well as this, the company’s Fetchr Now offering can also pick up your package in less than 45 minutes and deliver immediately to the recipient.

Being able to use GPS locations is important to the company - “From a consumer perspective, it's very important to have full visibility and traceability on where your order is and the estimated time of arrival,” explains Al Rifai. However, the firm is also proud of its dynamic, technology-driven vision.

It may be a while before you receive your first parcel by air as this technology is still in its early stages, but it clearly demonstrates Fetchr’s commitment to reinventing the logistics landscape with new technology solutions.

“We're a technology-first company that happens to do logistics,” notes Al Rifai. “Everything at Fetchr is cloud-based, dynamic, and run by algorithms whereas many other logistics companies are based on pen and paper.

“Being dynamic is so important to us,” he continues. “It means we can adapt to consumer requests, whether that’s changing a location or bringing a new task to the system.

“We've made the platform scalable but perhaps, most importantly, we're building something that we wish we had when we're on the other side of the table.”

Hailed by Fortune as the ‘next desert unicorn’, Fetchr has come a long way since its humble beginnings. Like many tech startups, the first few years of the company’s life were challenging ones, Al Rifai says candidly, but since then its promising concept has helped it achieve worldwide success.

“We started Fetchr with three developers and six years later we now we have close to 3500 employees,” he says. “We’ve grown rapidly. Last year alone, we grew by 600%. Right now, we’re recruiting about a hundred people a week and we’re still growing.”

Fetchr’s progress can not only be seen by its expanding employee count, it is also evidenced by its growing global footprint.

Using its growth in the UAE and its presence across 6 countries today, the Dubai-based firm is now turning its gaze to Kuwait, Pakistan and beyond and is planning to be in approximately 12 markets by the end of 2019.

With this ever-growing reach, the delivery courier service is also helping local merchants and brands build, launch and grow profitable ecommerce businesses in the region.

“In this region, retail represents about $426bn in sales, and ecommerce represents about 1.9% of that,” explains Al Rifai. “This is extremely low if you compare it to other regions such as the UK, the US or China – the main reason for this is that logistics has been a big impediment of e-commerce growth in the region.

“Over the last six years we've grown quite a lot and we now serve all top 10 ecommerce companies from the region and outside the region,” he continues, “but I think it's just the beginning of the story. We're still investing in technology, and better customer experience so we're definitely on the right track to continue this growth and unlock the region’s potential.”

In its brief history, Fetchr has seen incredible growth, and it sounds like it is only beginning to scratch the surface of what is possible.

“If you think about it, the sky's the limit,” reflects Al Rifai. “There is so much more that we could do, whether you're talking about restaurant deliveries or courier services, I think your smartphone, and the Fetchr app, are at the centre of it.” 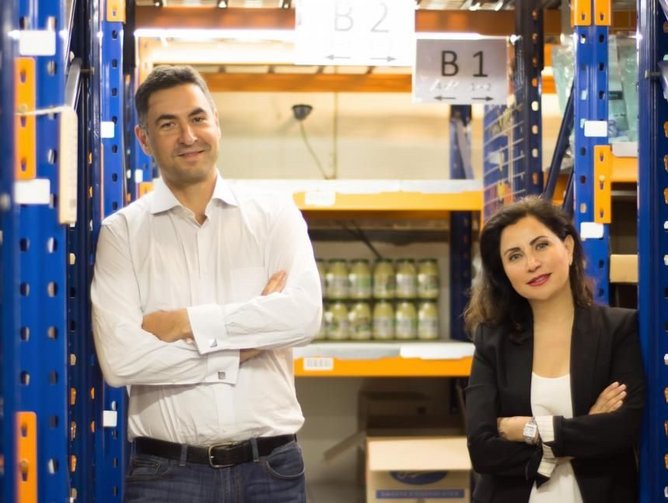 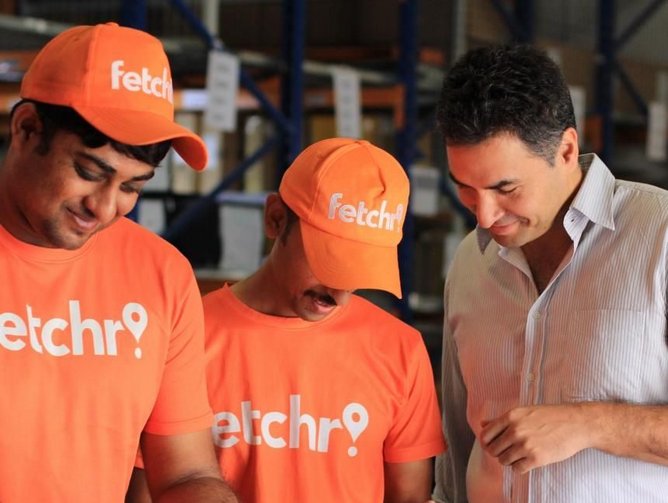 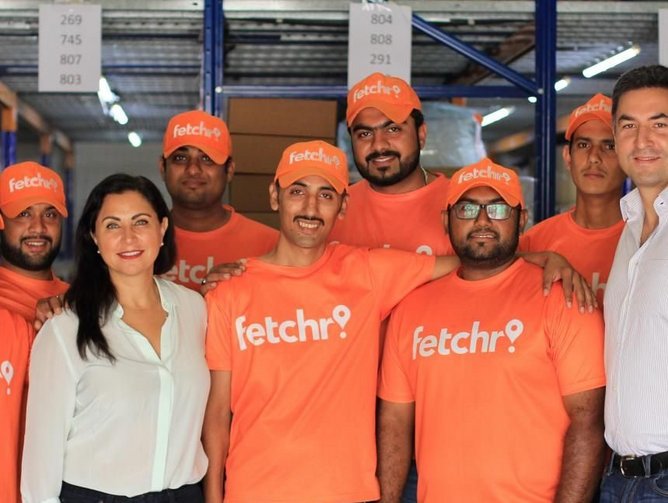