In the mining industry, location is not only a competitive advantage – it can also be the difference between success and failure. This is particularly the case in the global potash market, one that has a number of barriers to entry meaning only a handful of operations have been built over the last 50 years. “There’s a reason why there’s been only one new potash mine built in the last 50 years outside of Russia and China and that is primarily the astronomically high capital cost to production for most potash mines,” says Hayden Locke, Executive Director of Emmerson. “That mine was built in Canada, cost over US$4bn, and was built at a time where potash prices were more than double what they are today. In today’s market, that mine would never have been built.”

Emmerson is a potash company focused on the development of its flagship Khemisset Potash Project, located in Northern Morocco. The project has significant exploration potential with an accelerated development plan that is targeting a low capital expenditure (capex), high margin potash operation which will produce around 800,000 tonnes per annum. One of the key highlights of the project is its very low capital cost to production by potash industry standards. In the opinion of Locke, this is the first hurdle to be cleared in order to have any chance of entering this extremely protected market. Its location in Morocco, with a number of export ports accessible from the project site and close proximity to the deep European, Brazilian and US markets provides the second competitive advantage –one which is unerodable. “The majority of existing potash production is located in Canada and the Former Soviet Union, and by far the biggest costs for these producers are incurred through royalties, transport and logistics,” Locke explains. “If you’re close to your end market, you will likely always be competitive, just through the cost savings in this key area. Khemisset’s location is second to none, and with the negligible royalties payable in Morocco it has a huge advantage over competitors.”

Morocco is fast becoming a significant player in the global potash market and has been identified as one of the top five fastest growing import markets for potash in the world. This has seen potash demand grow at over 140% per year over the last five years. “That’s basically 70 times faster than the global market,” says Locke. “That’s a real strategic advantage to this project and something that gets me excited about what we can achieve.” Over the course of his career, Locke has worked in senior executive roles for a West African gold developer and a potash development company based in both London and Spain. This experience has provided him with a unique view of the potash market, as well as the challenges of working in the African market and attracting investment. Khemisset benefits from an incredibly attractive location, but Emmerson also looks to create an operation with very low capex by industry standards, which will prove key in attracting investment as it looks to advance development. “Having worked for the best part of a decade in the commodity space and dealing with commodity cycles, you hear of people getting lucky and timing their investment in the cycle perfectly,” says Locke. “But that is not easy to do, so you need to bulletproof yourself against the cycle by being among the lowest delivered costs to your customer and in potash: that’s largely driven by location.”

The Khemisset project is less than 150km from an operating port that is already accessible from existing logistics infrastructure, and is 90km and 130km respectively from two additional ports, which are also easily accessible. Having this infrastructure already in place, with limited investment required by the company, means a significant reduction in overall capital costs. It does not need to invest in upgrading or building the infrastructure. “The transport and logistics infrastructure to get to the export stage is first class,” says Locke. “Morocco is a trading nation with incredible infrastructure. It’s certainly a leader in Africa from an infrastructure standpoint, even when compared to South Africa, and we benefit from that massively with amazing roads to and from our location and general infrastructure at the mine site.”

Around 95% of potash produced around the world is used in fertiliser for agriculture. It has a direct impact on the global food supply, and with the UN expecting the world population to reach 9.8bn by 2050 the demand for potash will only continue to increase. Locke feels that as the global agriculture space looks to increase its yield and production by around 70%, it will both control and protect the potash market. “For the last hundred years this market has been dominated by a handful of suppliers who have shown themselves to be very disciplined when the price fluctuates. When prices rise, they increase production to bring the price back down,” he says. “When you combine this price discipline with the traditionally high barriers to entry – in the form of capex – you can understand why there have been virtually no new entrants to the market in the last five decades. The only way to guarantee entry to this market is through lower capital cost production, which is what Khemisset will bring.”

The traditionally controlled potash market has allowed companies like Emmerson to look at existing and successful potash operations in great detail. In particular, Locke has been able to better understand the structure of the market in order to see whether Emmerson could compete – and indeed whether it should compete with incumbents in the first place. He points to BHP as an example: the company has tried on three separate occasions to enter the potash market, all of which have proven unsuccessful. “This is the world’s largest mining company and they could not get past those barriers to entry, so you really need to take a different viewpoint,” he says. “We spent a lot of time looking at our competitors and those existing operations to analyse the cost structures and what does and doesn’t work before embarking on this journey.”

This approach allowed Locke and Emmerson to identify two clear prerequisites to success: capital cost to production, and location relative to customer and end prices. With Khemisset he believes that the company has “ticked both boxes” and can focus on its key markets of northwest Europe, South Africa, Brazil and North America accessed through New Orleans, Louisiana (NOLA). “I call it the Atlantic corridor,” says Locke. “It accounts for around 65% of global potash consumption. This is where we will focus our attention because of our strategic conclusion on where we can compete and where we can maintain our competitive advantage against our incumbent peers.”

An international mining operation, regardless of the attractiveness of its cost structure and location, requires local partnerships in order to succeed. Locke believes this is absolutely fundamental as local partners can provide crucial input regarding local market economics. Emmerson is currently identifying and streamlining its supplier network and Locke approaches this with a knowledge sharing mindset. “Having local partners of size and scale to be able to support you and give you the right answer and provide you unfettered service and access to whatever it is you need is fundamental to success,” he says. “It's very, very difficult to succeed in Africa without strong local partnerships.”

Locke says another area which is fundamental to success is identifying partners with strong technical expertise. “Technical expertise is hard to come by, especially in potash. It is important to identify those groups and work with them as early as possible. One example is our drill contractor, Drillon, who has proven itself to be an exceptionally professional and technically competent partner for our current drilling campaign”.

The next 12 months will be pivotal for Emmerson and the Khemisset project as the company is currently working to acquire its mining licence, deliver an environmental social impact assessment (ESIA), and conduct and complete a definitive feasibility study (DFS). The company has commenced a drilling programme to upgrade its resource estimates and, according to Locke, “cement the confidence that we have in the numbers and technical characteristics of the ore”. “Ideally we will have delivered on most of that this year,” he adds. “It's a fair amount of work to get through but we've got lofty ambitions.”

Khemisset looks set for a mid-2022 production phase, when Emmerson will cement itself as a key driver of a broader African fertiliser story. Locke believes that the company will achieve its targets because of the time it has invested so far in getting it right. “Achieving that will be a testament to the work that we’ve put in,” he says, “and because we’ve been through the process a number of times we know exactly what we need to do.” 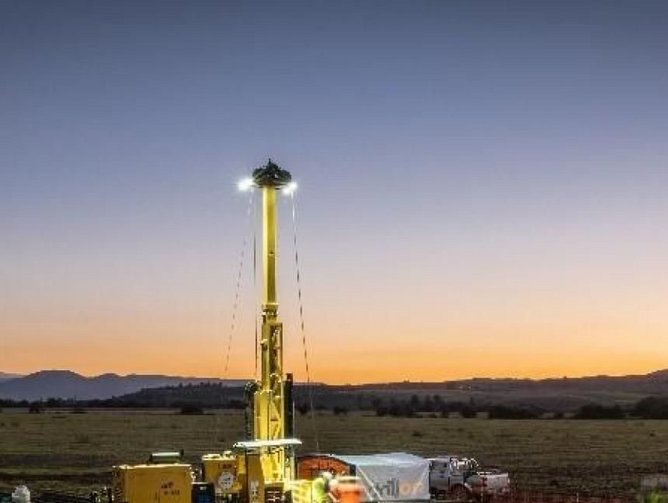 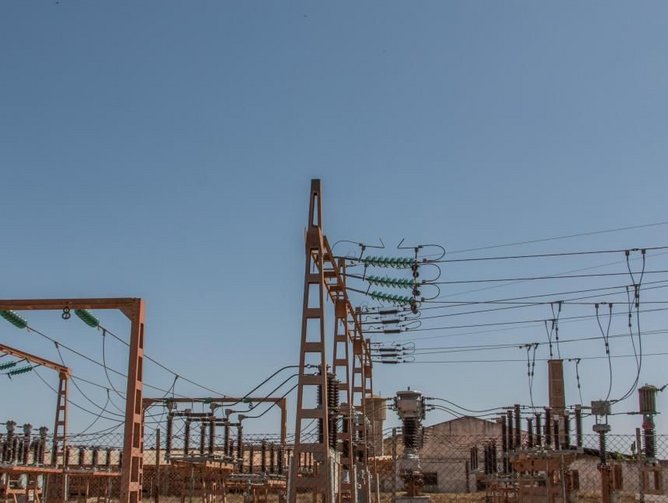 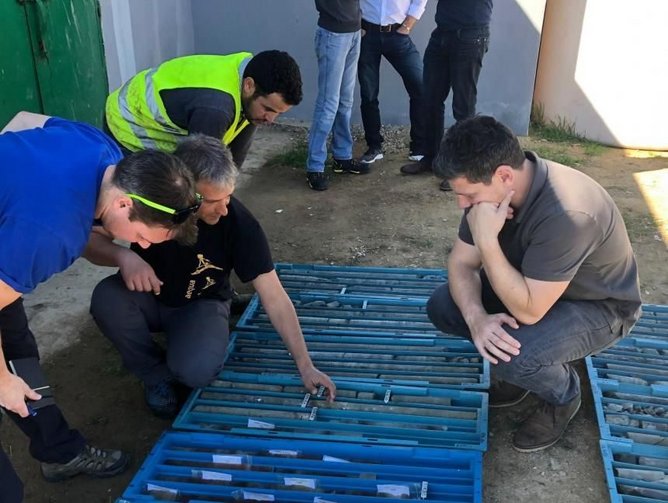 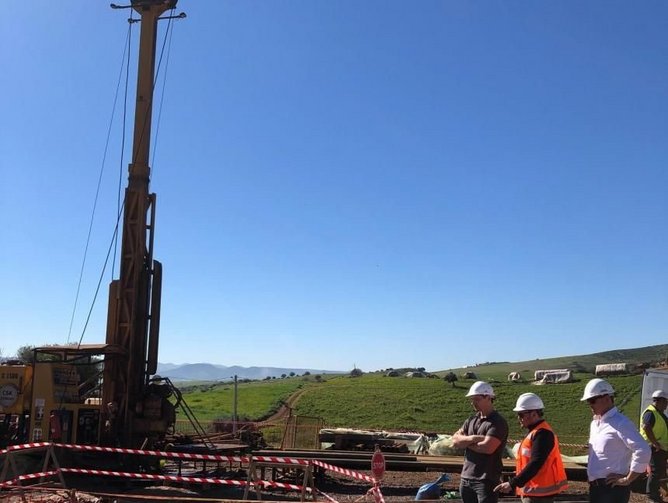 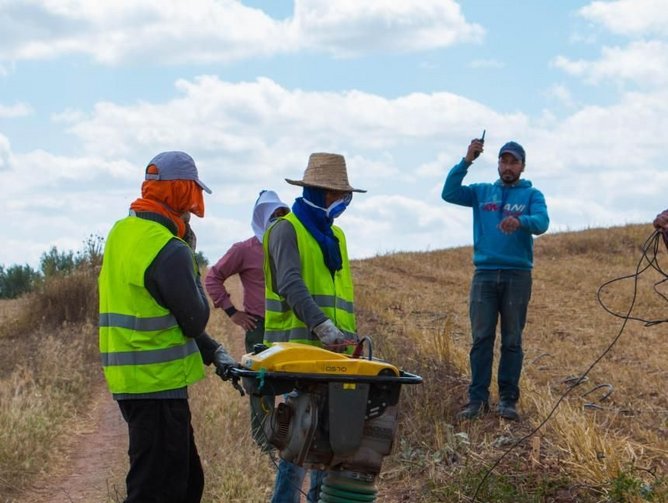