The ongoing demand for connectivity has led to an exponential boom within the energy sector, thanks largely to the launch of data centres worldwide. The communications industry is set to absorb up to 20% of the world’s electricity by 2025, as businesses and consumers depend on the increased use of digital data to fuel business growth.

Europe has become a significant player, where competition remains rife in an area of unprecedented potential.

“A major change is that it's no longer big telecom operators or state-owned telecom companies who are investing in connectivity, it’s mostly commercially driven. In particular, there are big investments coming from the data centre sector itself,” explains Robert Van Tuinen, Manager for Energy & Dataport at Groningen Seaports.

Consisting of two seaports, the port of Delfzijl and Eemshaven, as well as two inland ports, Farmsumerhaven and Oosterhornhaven, Van Tuinen has led the growth of one of Europe’s largest energy hubs for data and a growing offshore wind sector. The 1,319 hectare site at Eemshaven has been transformed into an area of international significance within the data centre industry, renowned for accessibility and quality. Utilised by international companies, the area is driven by 100% renewable energy.

“In 2012, we said that we were going to invest millions in this new port area. We had this million-euro programme to redevelop land and start conversations with landowners and foreign investors to take a look at Eemshaven. It was still predominantly farmland, but people needed to believe in this,” Van Tuinen recalls.

“A few years back, I thought, ‘we need others to tell our story as well’. We combined the data port development together with partnerships, who we call ‘preferred suppliers’. These were the early movers who believed in the concept.

“Energy suppliers in general weren’t used to structured power purchase agreements based on joint equity or very long terms for instance,” he continues. “This may sound funny, but five or six years ago, this wasn't something normal for energy companies. Eneco was a good match with the specific demand coming from the industry, one of the first companies to believe in the area and pioneered the way.

“Most energy companies were scared at doing structured deals, so it was a different time. The other thing was asking fibre developers to join. Eurofiber were one of the first companies who said ‘we actually believe this is going to work’ and committed to new investments."

To gain further clout, the company appointed Deloitte to undertake an essential market analysis on the data port area. Finding Eemshaven to have future potential, Groningen Seaports also appointed specialists who worked specifically for technology companies, such as Microsoft, Google and Apple.

“It’s a pretty strong story with a lot of partnerships, but these companies are also competing against one another with more renewable project coming online in the next few years,” adds Van Tuinen.

“We have a partnership with Eneco, but also with other energy companies, which is why we call them ‘preferred suppliers’. Of course, data centre companies are free in who they want to work with”

“They look not just at land development but also cooling. They believe Eemshaven is a good area; it has lots of air, good quality, good wind, and is one of the best locations. The company also bought investors to our port. When they're busy with conducting business, they use Eemshaven as an example port.”

Harnessing a combination of green energy, the largest onshore wind farm is located in Eemshaven together with multiple substations connecting Danish and Dutch offshore wind farms, besides the 30MW solar farm, iSunport Delfzijl, the largest solar energy park in the country, all of which fall under Groningen Seaports’ umbrella.

“If you look for the major developments worldwide, it clearly makes sense to think about data centres. However, to be honest, we didn’t expect such a demand for land usage,” reflects Van Tuinen. “I don’t think the sector itself could have foreseen how much land it would need for further growth”.

“Google has recently purchased all green electricity generated at Sunport Delfzijl for 10 years as part of a second deal with Eneco on top of the earlier energy deal combined with a local Eneco windfarm. The company recently announced another €500mn investment after €950mn spent over the last couple of years. This is great news for our region, which has shown great support for the data port development. The challenge was that we needed to develop more land close to the port, anticipating all further growth from the data centre sector itself.”

“We did this in partnership with the local government and environmental organisations, who saw an opportunity to combine green energy and recreate some major values before it was all agricultural. A data centre provider must feel comfortable with their investment, of course, which has to do with the local support,” adds van Tuinen.

Marc Oman, EU Energy Lead at Google recently commented in a press release: “We are proud that our data centre in Eemshaven has been powered by renewable energy since day one thanks to our agreements with Dutch suppliers. After the agreement with Eneco for the delivery of wind energy from WindPark Delfzijl and the agreements with the wind parks Krammer and Bouwdokken, we are pleased that we can now also make use of solar energy.

“Google is the world’s largest corporate purchaser of renewable energy. Contracts like this also give companies like Eneco the economic certainty to invest in new renewable energy capacity.”

In order to strengthen its connectivity capabilities, Groningen Seaports has worked to house a ‘plug and play model’ across its operations, where its need for cooling water and redundant power is set apart from its power purchase agreement based on green energy.

“The ‘plug and play’ model has also helped with the technical part. Through our partnerships we secured extra international fibre, boosted cooling water facilities, reinvestments, and of course the redundant power connections with the grid operator.”

Additionally, by attracting investors from fibre companies, it has attracted essential fibre packages, with low latency routes crossing Amsterdam, Germany, Denmark and other parts of Scandinavia.

“Data centre companies need a certain amount of connectivity via separate routes or a different fibre system. If you want to attract various new economy industries, this is essential,” says Van Tuinen.

“The most important thing is that we succeeded in enabling Google to work with Eneco. It was a new project and provided an opportunity for Google to harness green energy. They have run on green energy from day one and enhanced major green investments in the region.”

“The Netherlands has proven to be an interesting market for data centres and not just the Google’s of this world,” Van Tuinen says earnestly.

By combining green energy cables across the Northsea with essential fibre packages, the company has managed to reduce costs significantly and created the fastest route between the Netherlands and Denmark with Eemshaven becoming a fibre and data roundabout in North West Europe.

With greater demand for green energy on a global scale, the company’s largest wind farm is set to grow a further 200MW in the next three years, providing time to further enhance its data centre operations.

“Demand for land in Eemshaven is rising fast, not just from the data centre sector but also with the launch of electric and hybrid cars. The automotive sector is looking at Eemshaven and are interested in port areas where they can develop their newly-built cars, which is really cool. It is something we are anticipating now, but we weren’t three years ago. This sector is again new economy industry, which fits well with the infrastructure at our port,” says Van Tuinen.

“Everybody needs to keep pace with a new economy,” he concludes. “The good news is that all political parties in Groningen are very supportive towards data centres, the automotive sector and the new economy. It provides a good combination of economic opportunities together with boosting on and offshore green power.” 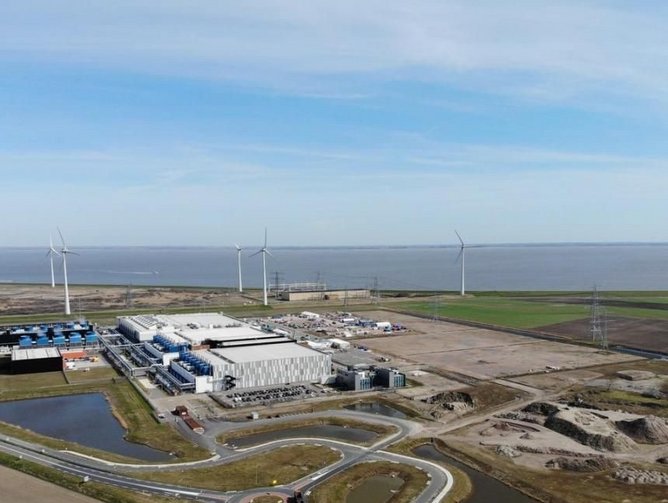 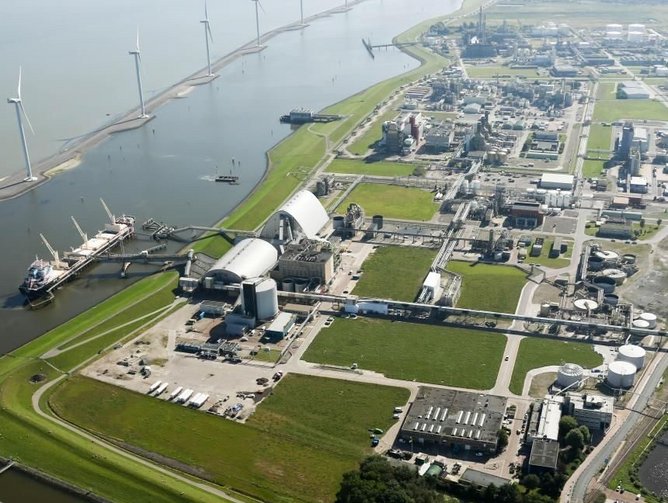 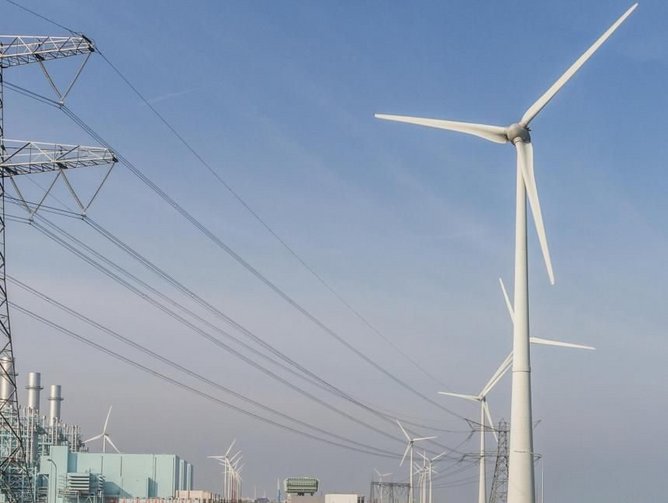 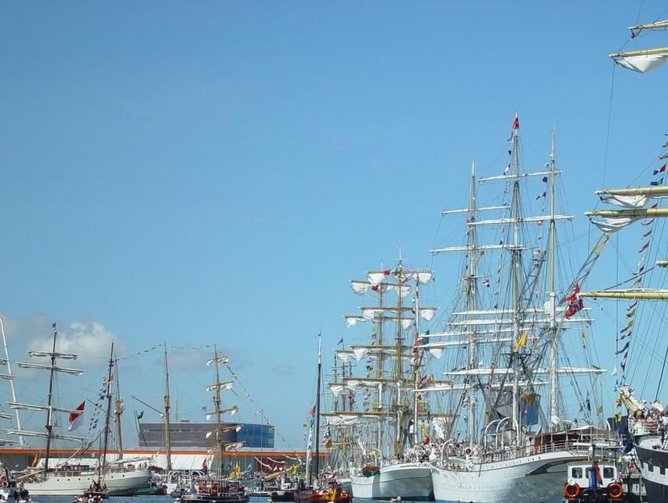 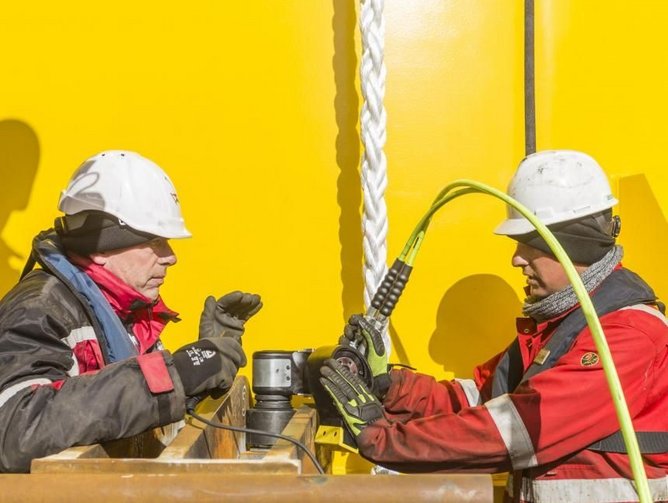 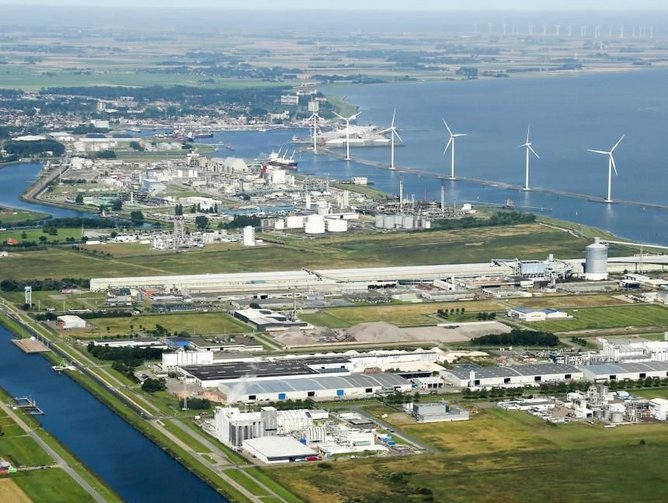