With its distinctive grey-green sheen, one mineral in particular is taking the mining world by storm. From phone batteries to electric cars, cobalt is becoming an invaluable necessity for our ever-digital world and, in the sun-scorched, rain drenched south of the Democratic Republic of the Congo (DRC), Metorex is set to tap into what Tim Williams, the company’s Mineral Resource Management Executive, describes as the “heartland of global cobalt and African copper production”.

Metorex has steadily continued on an upward trajectory since it was first founded in 1975, but the African mining firm’s achievements didn’t come easily. The company’s successes are, by all accounts, a testament to its meticulous approach and diligent commitment to efficiency.

A story of growth

With assets in the DRC and Zambia amongst a growing portfolio, Metorex has weathered the global financial crisis, fluctuating mineral prices, and a series of management changes in the last 10 years. In doing so, it has reassessed its strategy and continually learned from its experiences to become a recognised player in the African copper-cobalt mining space.

Following its takeover by Chinese mining company Jinchuan in 2012, and the reverse listing of the Metorex assets into Jinchuan Group International Resources Co. Ltd on the Hong Kong Stock Exchange, Metorex has also seen a new management team put in place, which has helped the company focus on its ambitious vision: to become a competitive and sustainable base metals mining company which will act as the growth platform for the Jinchuan Group in Africa.

“We have consistently picked ourselves up by our bootlaces and positioned the company for growth,” observes Williams. “When the global financial crash hit in 2009, the Ruashi Project was nearing completion but it had overrun its budget. The banks were decidedly risk averse and were not keen to provide additional funding and operations became significantly tighter as the copper price tested lows of $3,600/t Cu.

“We went into a regrouping period of about three years where we focused on strengthening the balance sheet and selling non-core assets in South Africa to set up Metorex as a copper-cobalt focused business. We also strived to drive efficiencies in the remaining operations in Zambia and DRC, culminating in the acquisition of Metorex by the Jinchuan Group for US$1.3bn, in what was the largest inward investment into South Africa in 2012.

“Metorex’s focus on copper and cobalt in the last decade has been, without a doubt, the reason for our continued growth trajectory,” Williams continues. “Cobalt plays an increasingly important role in this strategy, and with cobalt prices over US$40/lb (or US$91,000/t) we will continue to monitor the growth of electric vehicles and use of cobalt in lithium ion battery technologies very closely.

“China has arguably made the most significant commitment to reducing pollution in its major cities and the Chinese EV market is expected to grow from 700,000 units in 2017 to more than a million units in 2018.

“As a nation, it has set tight targets to achieve this objective, and is actively driving the application of these new age technologies, whilst de-incentivising sales of internal combustion engine motor vehicles. Our parent company, Jinchuan Group, is the second largest producer of cobalt products for the battery market in China and this puts us in a very favourable position to create depth in our production pipeline.”

Located on the northern outskirts of Kolwezi – what Williams describes as the “cobalt capital” of the world – Musonoi is the latest development project in Metorex’s portfolio.

Adjacent to the Kamoto and KOV mines operated by Katanga Copper Company, and the Roan Tailings Retreatment (RTR) Project owned by Eurasia Resources Group, the Musonoi Project has been extensively drilled and has a SAMREC/JORC compliant mineral resource of 32.1mn tonnes at a grade of 2.8% copper and 0.9% cobalt across the Measured, Indicated and Inferred categories. The resource has been extensively drilled, with M&I resources constituting 83% of the resource base.

A Techno-Economic Update to the Feasibility Study was completed by Worley Parsons in Johannesburg in November 2017, and has been approved by Metorex and its partner Gecamines.  The Front End Engineering Design (FEED) phase has been awarded to China ENFI Engineering Corporation (ENFI), based in Beijing, with completion scheduled for Q4-2018. The project’s construction should commence in early 2019.

Once in production as an underground mine, the Musonoi project will produce roughly 30,000 tonnes of copper and 4,800 tonnes of cobalt in concentrate per annum, says Williams.

The African firm’s metal production has been enhanced by mining oxide ore from the upper levels of the underground operation in the early years, to be treated through a low-cost leach plant producing a copper-cobalt carbonate intermediate product.

Mining of sulphide ores will progressively ramp up as the project is developed deeper, with copper and cobalt to be recovered as a combined copper-cobalt sulphide concentrate. At this stage, the project has been conceived on the basis that both oxide and sulphide concentrates will be transported by road and rail to Lubumbashi and treated at a new roaster facility to be constructed at the company’s Ruashi mine.

On top of this latest endeavour, Metorex also owns three operating mines through a number of operating subsidiaries in Zambia and DRC.

Chibuluma Mines plc in Zambia was established in 1955 and bought by Metorex in 1996 as its first operating mine in Central Africa, and produced 10,962 tonnes of copper in concentrate from the Chibuluma South mine in 2017.

Often referred to as a ‘model mine’ operation in Zambia, the Chibuluma operation clearly underlines Metorex’s success story. Boasting significantly high copper grades, Chibuluma has been integral to the company’s success; however, now that the mine is in its final years, Metorex is keen to explore new opportunities in the region.

“Chibuluma is our only operating asset in Zambia at the moment,” says Williams. “For many years it's been a steady producer and important contributor to the group’s cashflow but unfortunately all good things come to an end.

“We are actively looking for new projects in Zambia and that's certainly part of my role – looking at new acquisition targets and potential synergies that may exist with other operators. We're always on the lookout for new opportunities.”

In a parallel story of success, Williams highlights the strong performance of Metorex’s Ruashi mine. Ruashi Mining SA operates the Ruashi copper-cobalt open pit on the outskirts of Lubumbashi in the Haut Katanga province in the DRC, and produced 31,546 tonnes of Cu cathode and 4,915 tonnes of cobalt contained in an intermediate cobalt hydroxide product in 2017.

“We've had a great start to 2018 with production at Ruashi reaching a record cobalt production tonnage in January 2018 of over 600 tonnes of contained cobalt for the month. This has mainly been through processing our high-grade cobalt stockpile, of which we have about 900,000 tonnes on surface running at a grade of approximately 0.7-0.8% cobalt,” he says.

Expecting to finish mining Ruashi’s oxide open pits within the next few years, Metorex has now turned its attention to the region’s sulphide deposits with the Ruashi III expansion project.

“We are in the process of evaluating the process route at our Ruashi operation where the intention is to add a sulphide concentrator, roaster and tie-in to the existing base metal refinery,” explains Williams. “This will allow us to not only expand our current open pit mining operation and process sulphides from both the Ruashi and the Musonoi Project, but it will also allow us to purchase third party sulphide ores to produce a copper-cobalt concentrate, and ultimately take that through the roaster to create copper cathode and cobalt hydroxide as a final product.”

As well as keeping its finger on the booming cobalt market, Metorex has successfully brought the high grade Kinsenda copper mine into commercial production during 2017. Operated by Kinsenda Copper Company SARL (KICC), and located at the northern end of the Pedicle region in Haut Katanga Province close to the border town of Kasumbalesa, the Kinsenda underground mine recently achieved nameplate capacity of 50,000 tonnes per month following completion of the project construction and build-up phase.  Commissioning of the differential flotation concentrator plant, designed and built by DRA, went very smoothly with only minor debottlenecking required during 2017.

The Kinsenda mine ranks as one of the world’s highest-grade copper deposits with a declared mineral resource of 20.7mn tonnes at a grade of 5.5% copper. The mine is currently producing a high grade copper concentrate of over 50% contained copper, which is being transported across the border into Zambia by road and rail, and treated at Chambishi Copper Smelter (CCS) and at the Konkola Copper Mines (KCM) smelter in Chingola.

KICC is also evaluating the viability of mining the lower grade, bulk tonnage Lubembe deposit which is located 30km south of Kinsenda, and a revised feasibility study is expected to be completed in 2018.

Despite its promising yields, Metorex is not one to rest on its laurels and continues to improve the operating efficiencies on its operations.

“As you can imagine, one of the big problems we have mining in the DRC is the logistics of moving large volumes of inputs into, and finished products out of the DRC ,” Williams says. “In recent months, there have been lengthy delays in moving trucks both in and out from the Kinsenda mine to the various smelters that we've contracted to in Zambia and this can be time-consuming and costly. We're therefore looking at a number of transport options, and we feel that rail transport has the largest chance of success, so that’s something we’re exploring right now.”

In the mining industry, navigating the challenges of safety is a mammoth task, but it is one which Metorex has taken in its stride. Metorex adopted the Isometrix web-based reporting system in 2010, and the company records every single incident, whether it’s a reportable incident, a lost time incident or a non-lost time incident.

“The intention of that is really to identify trends before they become a problem and then to manage those risks,” notes Williams. “It's a very serious consideration and it's not something that we take lightly. As far as safety is concerned, it's one of our core values and our top priority.”

Through the continued support of Jinchaun, Metorex has gone from strength to strength over its 43-year history. It’s promising mining portfolio, commitment to corporate social responsibility, and focused management team, has helped position the company as a significant player in the Central African mining industry. Now, searching for new opportunities in the continent, Metorex is set to continue on this rapid upward trajectory in the future. 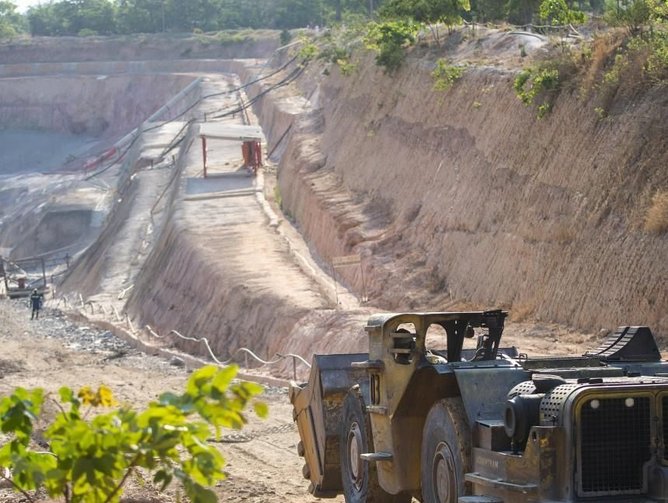 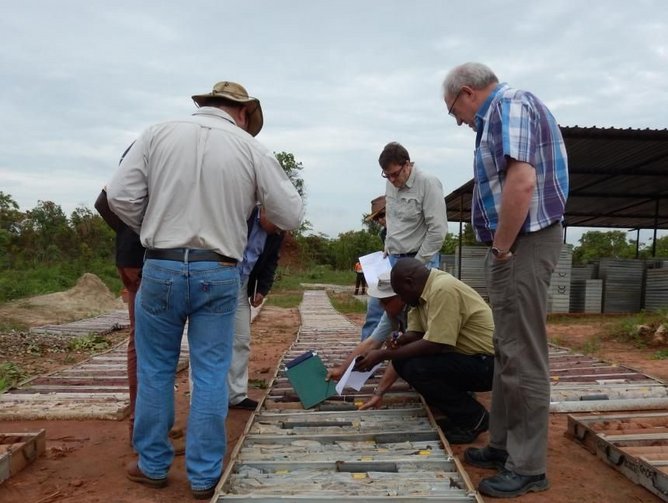 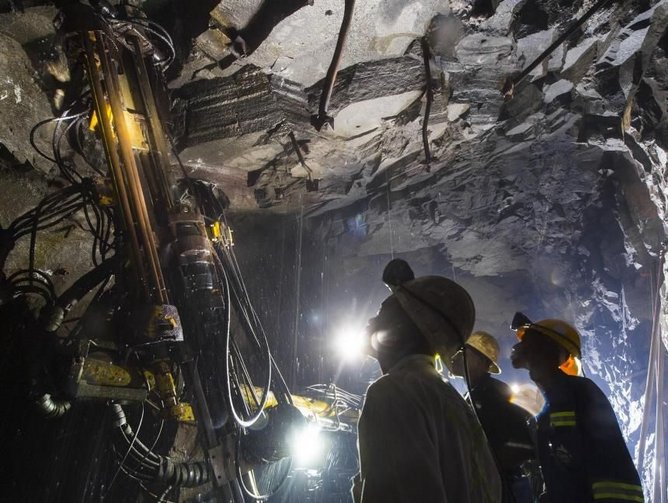 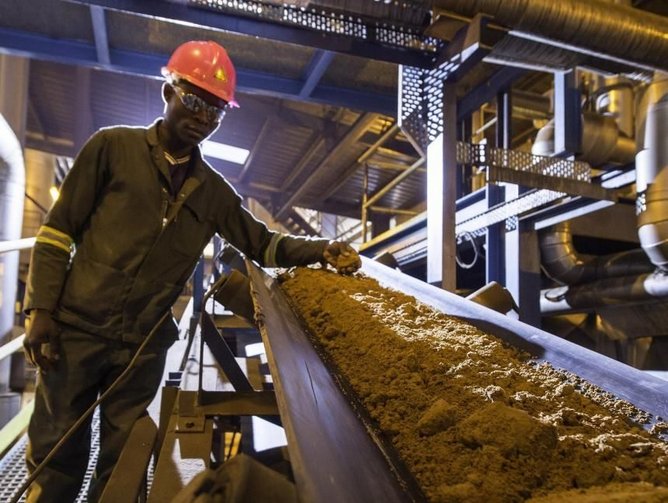 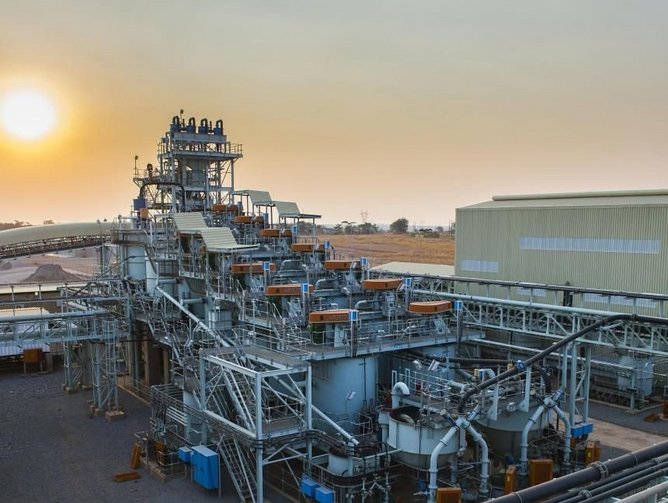 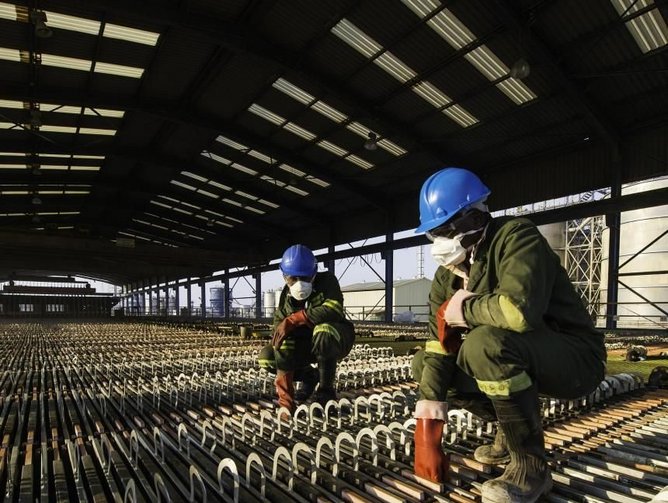 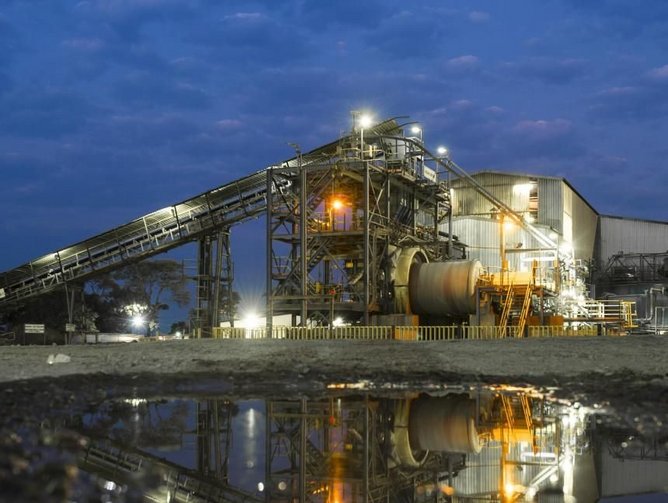 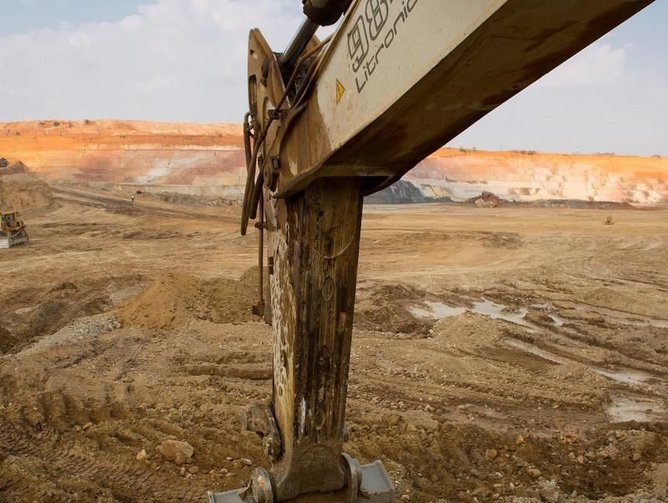