How Moza Banco is boosting financial inclusion in Mozambique

Marco Abalroado, Head of Digital, Channels and Self-banking at Moza Banco explains how Mozambique’s economy impacts its banking system: “If you look at the [Mozambican] banking system nowadays, from a products perspective it’s probably not that complex, in terms of the effects that you see in many markets in Europe. In that sense, that’s plenty of opportunity to develop new products and solutions adapted to the country and to an economy that’s also developing”

Moza Banco is a nine-year old Mozambican commercial bank with a market share of 7.5 percent. Abalroado tells us about the shortcomings of the Mozambican banking market. “The majority of the Mozambique population is not yet bancarised,” he says. “So approximately only around 20 percent of the people are formally financially included.” This is where Moza Banco comes in.

Moza Banco has been operating since 2008. What has it done to improve financial inclusion in Mozambique? Moza Banco started as a boutique bank – it was targeted at a private group of affluent clients. In 2010, KPMG included in its 100 largest companies in Mozambique report. More accolades followed, for instance The Banker ranked Moza Banco as Africa’s fifth fastest growing bank, in terms of assets. Moza Banco was commercially and critically successful. Despite this, it decided to change strategy. “We moved our strategy by the end of 2013 to be a fully-fledged retail bank. So, what we’re trying to achieve as a bank is how to reach the population. How can we start financial inclusion?” Abalroado explains. To achieve this goal, Moza Banco has partnered with the Central Bank, the government International Cooperation Companies like GIZ and NGO’s. Together, they’ve been “trying to develop new products, products that can bring the majority of the population to the bank”.

When he started working with Moza Banco in 2011, Abalroado noticed that Mozambique had a well-developed banking system with advanced technology and mobile phone application. He explains that his main objective wasn’t to improve on these areas. “What we’re trying to achieve as a bank revolves around how to reach the population. How can we start financial inclusion?” Abalroado says. “So, we’ve launched quite a few projects to facilitate this.”

Moza Banco’s most cogent project is its agent banking project. A banking agent is a retail/postal outlet that processes clients’ transactions on behalf of a bank. Countries such as Mexico, Pakistan, Kenya and Brazil have all built experimental banking agent networks.  During his financial services career, Abalroado worked in Brazil, a country with one of the largest agent networks in the world. In 2013, Bill & Melinda Gates Foundation conducted a study on financial inclusion in Brazil – 70 percent of respondents regularly paid at least one bill through agents.

“In Mozambique, we have around 600 branches overall, and you have to bear in mind that this is a huge country with 2,500 km from the north to south and 1,000 from East to West. 600 branches is literally nothing, if you compare it to the benchmarks that you have in surrounding countries like South Africa. In order to have the country covered, we would need around 3,000 branches. And realistically that’s not going to happen.”

Abalroado stresses that Moza Banco wants to service rural and peripheral areas of Mozambique, along with urban sectors. He strongly believes that a large network of banking agents is the key to such financial inclusion.

Moza Banco is currently launching its agent banking project in Mozambique. When in fruition, customers will be able to process top ups, transfers, deposits and pay for services there.  “The first steps will be for the majority of the population to approach to the bank, where you can receive remittances from people that live in the big city. You can send money, you can do some of your utility payments,” Abalroado says. “Also, you can start your own account and do your own payments. This will be extremely important because the majority of the population are still afraid of entering a bank - they think it’s only for a certain type of people.” Moza Banco is bringing the bank to neighbourhoods, with staff who are already known to customers – people that they are familiar with.

“Another big project where we’ve worked, especially on the peripheral areas of the city, was on the informal market,” Abalroado continues. Moza Banco has created container branches (“it’s literally a container”) in markets, complete with bank tellers and ATMs. “Cities like Maputo, Napula, Beira…the big cities in Mozambique have big markets around it, where the majority of people buy their day-to-day stuff. It’s also where some of the shops buy their products. There are markets that move probably millions of dollars a day, 100 percent cash. So how can we enter there? We cannot open a branch inside of the market.” Container banks were Moza Banco’s solution. According to Abalroado, the majority of the population (that probably save their money under their mattress and pay for everything in cash) are slowly starting to open accounts via these container banks.

Other Moza Banco initiatives include developing business credit products with local communities, launching USSD banking applications and partnering with the government to enable online payment to the state. Clearly, Moza Banco plans to continuously expand its reach. “When I arrived in Mozambique we had 50 people and two branches. We’re now around 800 and we have 59 branches,” Abalroado says. “As you can imagine it’s quite difficult to make a bank grow this fast in four, five years. You have to struggle with lots of things, from communications, to training staff 2000 kilometres away from you.”

Abalroado puts the bank’s resilience down to both human capital and technological innovation. “We’ve hired brilliant staff…fortunately the majority of the junior staff that we hired in the beginning are now seniors and taking projects and departments into their hands,” Abalroado says. “Our shareholders, from day one, accepted that the way forward is technology. We are the most innovative Southern African bank for the African Banker Magazine for two years in a row, alongside with the Best Online Platform. We received several Visa awards for innovation for products that we were launching.”

Where can Moza Banco go from here? Abalroado elaborates: “We’re in a recapitalisation process now and hopefully that will give us the boost to continue our history and become one of the most relevant banks in the country.” Moza Banco also hopes to consolidate its position as a retail bank and, of course, further increase financial inclusion. “We owe that to the country, to try to facilitate the process of bancarisation,” Abalroado concludes. 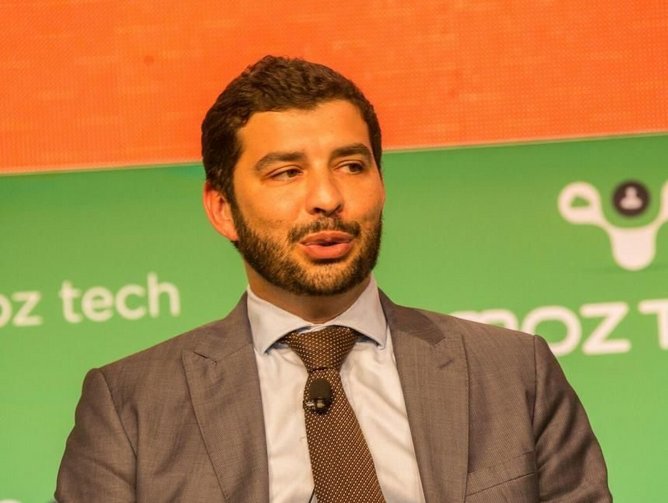 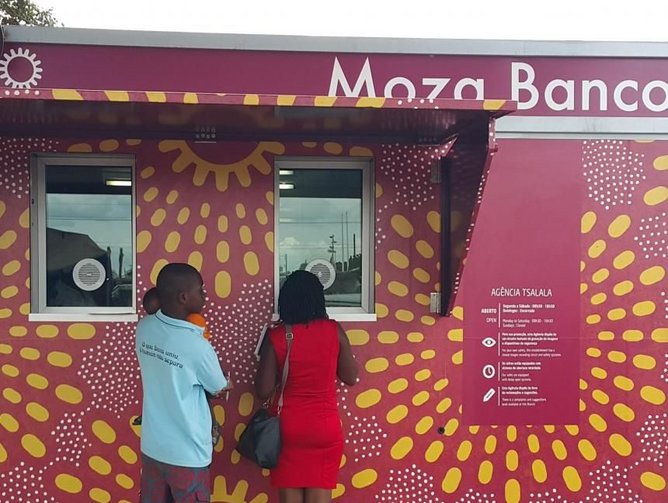 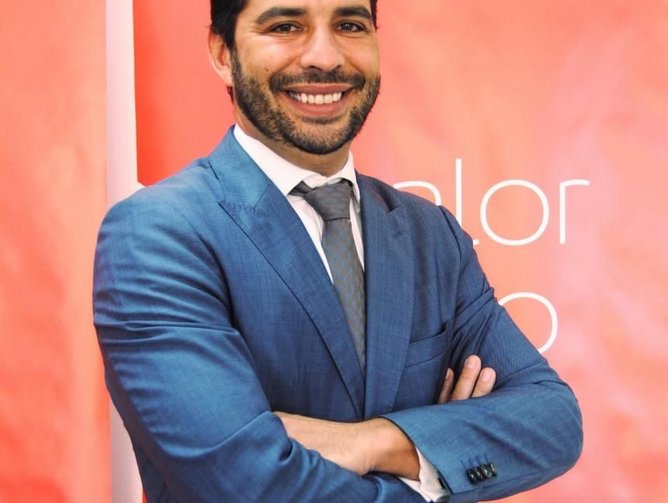