Hummingbird Resources: Singing to the tune of success

“Mali has had a gold mining industry for hundreds of years, but in terms of commercial gold mining, the country has really come along way predominantly through the development of Randgold Resources over the last two decades,” says Robert Monro, Head of Business Development, Hummingbird Resources.

Hummingbird Resources is another West African gold explorer that was founded in late 2005, listed on the London Stock Exchange (AIM) in 2010, and entered the Malian gold exploration space in 2014 through the acquisition of the Yanfolila Gold Project.

The Yanfolila Gold Project, a high grade open pit gold operation, predates Hummingbird Resources and was brought to a significantly advanced stage through the investment and previous ownership of Gold Fields, one of the largest gold producers on the global stage.

It was this advanced development, coupled with the geographical significance of Mali as the third largest gold producing country in Africa, that attracted Hummingbird to Yanfolila and the company acquired the project for $20m of stock back in 2014.

“What attracted us to it was the ability to finance and get into production, a very high margined low-risk gold project in a proven gold jurisdiction,” says Monro.

Hummingbird will continue the development and construction of Yanfolila and bring forward a 1.2 MTPA gold project, which upon completion will produce an average of 110,000 ounces a year.

For any exploration company, a significant hurdle that must often be overcome very early on in the process of developing an operation like this is financing the project and raising the necessary equity.

For Monro, Yanfolila’s reputation as a significant low-cost high-grade operation played a key role on this front.

“The biggest initial challenge was definitely the financing and fundraising,” he says.

But the company overcame this challenge, raising around $75 million in 2016, the largest fundraising on AIM in the last four years in the mining space.

“We acquired a very well run project and the fundraising is a testament to the quality of it,” Monro adds. “We have a world class asset and are extremely proud to have come through and make some real inroads with the construction.”

Hummingbird did not acquire the project to simply sit on it and rely on the work already done to get to where it is today. Through two feasibility studies, Hummingbird has optimised the project and has set the all-in cost at $700 per ounce. In the current market, this will generate a significant amount of profit and be further proof as to that low-cost high-grade reputation.

“We are due to make around $75million of free cashflow in the first full year of production,” says Monro. With commodity prices continuously fluctuating, Hummingbird has accounted for any sudden price drop and will remain resilient.

“If the gold price was to retreat we’d still have security and the ability to operate because we are such a low-cost producer,” he adds.

For Hummingbird, Yanfolila is not the company’s first foray into Africa. The company also has exploration and development projects in Liberia and Ghana.

“We are an acquisitive company,” says Monro. “We bought Yanfolila, we have a huge asset in Liberia [4.2 million oz. of Gold] and we have the ability for organic growth as well as looking for any further acquisitions.”

With an eye on the future of the company, Monro stresses that right now 100 percent of the company’s focus is centred on bringing Yanfolila to production over a mine life of seven and a half years. That life of mine, however, is subject to change, and with further exploration and investment Hummingbird will look to move the goalposts beyond those initial seven years.

“We have well over a million ounces of resources at Yanfolila not in the mine plan and we are looking to convert those resources to reserves and increase that life of mine well into the teens,” says Monro.

Hummingbird has community engagement engraved right into the core nature of the company. Inheriting a mine from Gold Fields, which had made some major community investments over the years, Monro was keen to ensure that Hummingbird built upon such a strong foundation of social responsibility.

“We exist within a community and want to be a part of that community. There are no big barriers where we operate,” he says. “We run our own clinic as well as help other clinics in the local community, and we’ve just completed a major malnourishment programme across the local area.”

But the company’s social licence does not stop at providing infrastructure and healthcare support for the local community, as Hummingbird works to provide opportunities for Malian people to obtain work and develop their skills and career paths.

“It’s a Malian mine, so we work as a Malian company,” says Monro. “There are certain skills that you have to bring in from the outside, but the hope is that you are training a Malian employee as their number two, providing them with the skills in order to one day replace that outsourced expertise.”

Throughout the construction of the Yanfolila Project, Hummingbird can stand tall against other mining operations throughout Africa and the world due to a company-wide commitment to the health, safety and wellbeing of its employees.

A commitment that has seen the company reach a very significant milestone.

“We are well over 50 percent complete on the construction of Yanfolila and we have had zero Lost Time Injury (LTI),” Monro reveals.

“We remain on time and on budget and that speaks volumes to our approach – we are running Yanfolila extremely well and we are not pressuring people to work overtime or create a difficult environment that could put their lives at risk.”

Looking beyond Yanfolila, Monro believes the company can become a much bigger player in the global gold industry and Yanfolila will be the very foundation on which this reputation can be built on.

“The vision and strategy is to become a multi mine producer with a suite of assets from production development and exploration and that will be largely driven by the gold prices,” he says.

“The goal is to become a significant gold company with multiple mines. 100 percent of our effort is on delivering Yanfolila on time and on budget, without delivering that, it’s all irrelevant.” 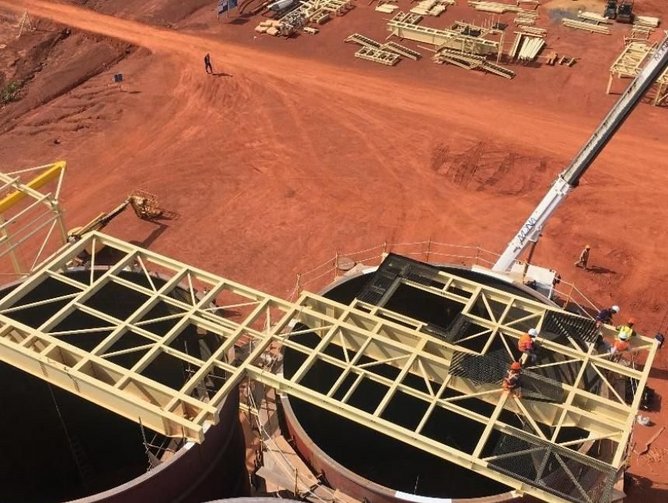 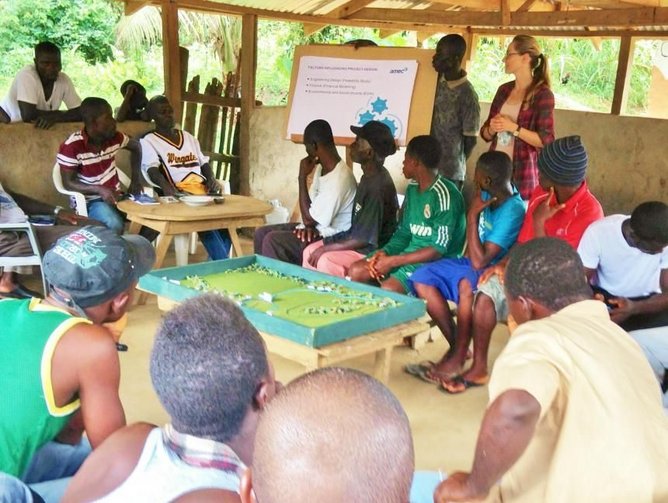 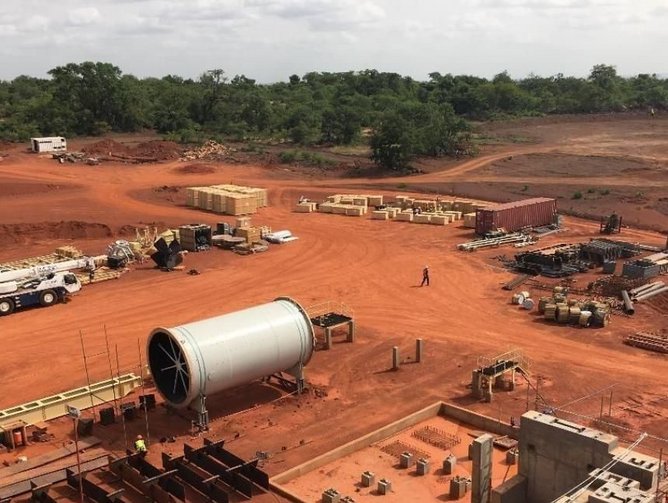 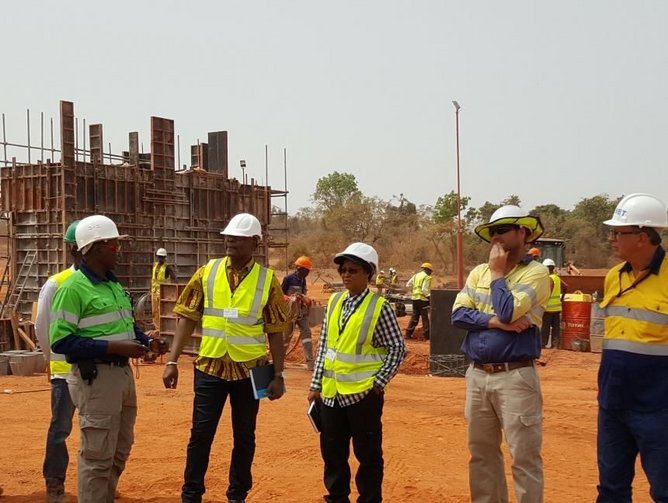 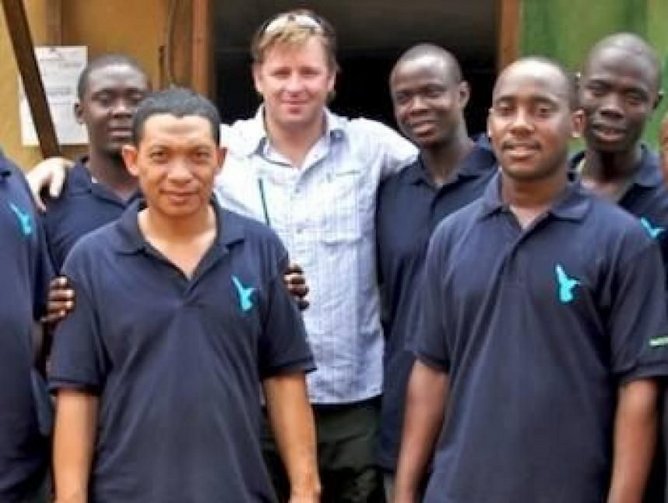 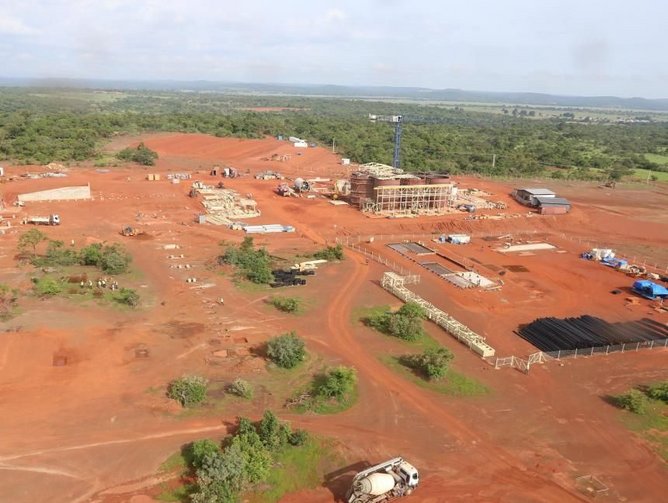