The benefits of automation can sometimes be communicated nebulously. In fact, automation technologies such as RPA can sometimes positive impact a company's valuation, as three industry experts describe.

Danilo McGarry is an automation industry thought leader, with extensive experience in the industry. “I’ve been doing this for about 15 years - before it was called automation,” he says. “I worked in many different industries - banking, oil and gas, healthcare - and I used to have my own consultancy firm as well. So I've been a client, a consultant, and I've also been an advisor to most of the automation companies out there today. So I understand the market well.“

That experience has convinced McGarry of the noticeable positive impact it can have on company valuations that stems from introducing automation technologies. “One way a company is valued is by taking the revenue of the company and times it by a valuation multiple that can be acquired from mergers and acquisitions (M&A) tables,” says McGarry. “The other way is by taking the EBITDA, the earnings of a company before interest, tax, depreciation and amortization, and then times that by a valuation multiple as well. That multiple is basically determined by the price other similar companies have been sold for in the past.” McGarry adds that “Without getting too technical valuation methods can include discounted cash flows (DCF) or earnings after tax multiplied by a P/E ratio too. Either way most valuation methods take revenues or bottom line earnings as the starting point to reach a company valuation value”.

Automation can have a noticeable impact on such valuation calculations, as McGarry explains. “If you have a successful client-facing automation programme helping you generate revenue, then that increases your revenue number, if you have a higher revenue to multiple by the same valuation multiple then that gives you a higher valuation end of the day. Also, if you’re looking at making savings in the company internally through automation, then your EBITDA will be healthier than it was before - both because you're helping the company save money and also getting more clients because of higher capacity.” The twin impact of savings and revenue generation make automation a no-brainer if it is done by a team that knows what they are doing. “No matter which way you slice it, if the automation program is successful, if it’s global, if it’s there to help the company and it’s run successfully, it can have an impact on the bottom or the top line – making potential impact on valuation. The only tricky element to this is tracking this positive impact back to automation itself. Many of automation's benefits are tangible but hard to measure given how involving such programs can be, because of this it is often nearly impossible for a large corporation to track all the benefits it brings effectively. Often the positive impact of automation is far greater than what can be tracked or measured on paper.”

Wayne Butterfield concurs, emphasising that automation can cut costs in other ways. “Reducing the number of errors that your organisation makes is another way you can cut costs. We offer many brilliant things in the workforce as human beings, but one of the things we don't offer is robotic consistency.”

Butterfield started in the automation space in 2010, while working at one of the UK’s largest telco firms, using the technology to create operational efficiencies and reducing external spend on Outsourcing. “Being an early adopter of any technology comes with its challenges, but also provides an opportunity to tread new ground, and innovate in the Enterprise. Butterfield is Global Head of Intelligent Automation Solutions at pure play automation firm ISG Automation. “We assist clients big and small on their automation journeys, usually starting with RPA, but not stopping there. Differentiated performance does need more than just technology, so we specialise in the people and process side too. Hyper automation technologies allow companies to scale in size, while keeping their people costs under control, as Butterfield explains. “With automation, you're looking to reduce costs, increase throughput and grow revenue, this trifecta is why Automation is valued so highly. Back in the day, RPA was called operational agility software - but now RPA is a globally accepted term,” he says.

Such technologies also allow companies to scale in size, while keeping the same number of people, as Butterfield explains. “With automation, you're actually keeping your costs the same, but you're increasing the amount of revenue that you can generate.” That sense of unlocking productivity is reiterated by Chris Duddridge, who adds that “By removing drudge work that doesn’t add to the value of what an organisation is delivering, it actually frees up time to drive far more into product design, or spending time with customers, for instance.

Duddridge is the Managing Director and area Vice President for UiPath in the UK and Ireland. The company started with screen scraping and has developed into the market leading hyperautomation platform vendor. “Hyperautomation is a term coined by Gartner - not loved by everybody, but loved by us because it encapsulates our incredibly broad automation platform and portfolio. Our products are designed to support every organisation and employee within that by essentially unlocking all of the manual, repetitive, unnecessary tasks that we all do on a daily basis.”

The more that the concrete financial sense of automation is realised, McGarry believes, the more senior executives will buy in to introducing automation technologies. “Once people and companies realise the direct link of automation to the bottom line and thus to a company’s valuation, that should then reinforce the level of sponsorship from senior level management. It’s important, therefore, to emphasise education so that people get on board, because the more people know about automation in the company, the quicker transformation will happen – it’s a journey.”

Having that knowledge in mind inevitably helps overcome the often bumpy early adoption stages, what McGarry refers to as the automation three-hit wonder. “You normally start the first time and fail because you haven't taken it seriously enough. Either you haven't put enough money behind it or enough seasoned professionals who have done it before behind the automation programme. So you do it again, it goes pretty well and you think: this is interesting, let’s scale it. Then it goes to the third round where it really ramps up and starts paying for itself. That’s the three-hit automation wonder or automation cycle most companies go through as they mature in their automation journey.”

Getting to that stage requires belief in the technology, as Duddridge reiterates. “I can't think of a single technology project that can deliver a return on investment from day one. Realistically there is an investment period involving building capability, training people and managing the change.” Butterfield adds that a clear plan needs to be in place from day one. “You don't want to stop, reevaluate your needs and end up doing something different. Trying to do it on the cheap and not thinking strategically enough will mean the investment doesn’t provide what is expected. There are a lot of things that you need to be thinking about, but getting the strategy correct is vital.”

The benefits of automation have been demonstrated by company resilience in the face of the ongoing COVID-19 pandemic. With a number of reports highlighting automation as the sector seeing the highest cash injection during the pandemic, it was the companies who had already gotten on board who were able to thrive. “Companies that already had automation before COVID started had a significant competitor advantage,” says McGarry. ”Once COVID happened and everybody was scrambling to log in from home and get all that working smoothly, meanwhile, robots were functioning fine in the background keeping some vital processes alive. Companies that had mature automation capabilities definitely had an edge during COVID, and will again in any future pandemic or crisis’s.”

Danilo emphasises that time must be taken into consideration, however. "It’s important to note that even with the right team and tech partnerships it takes time for an Automation program to mature and bear fruit so that top and bottom line benefits can reap rewards. For such a transformative program such as Automation and AI, it takes an all-inclusive environment to make it really work. Also, with any such transformative programs, it is a journey that can often take one to two years before it starts to bear fruit and potentially make any impact on the company’s valuation". 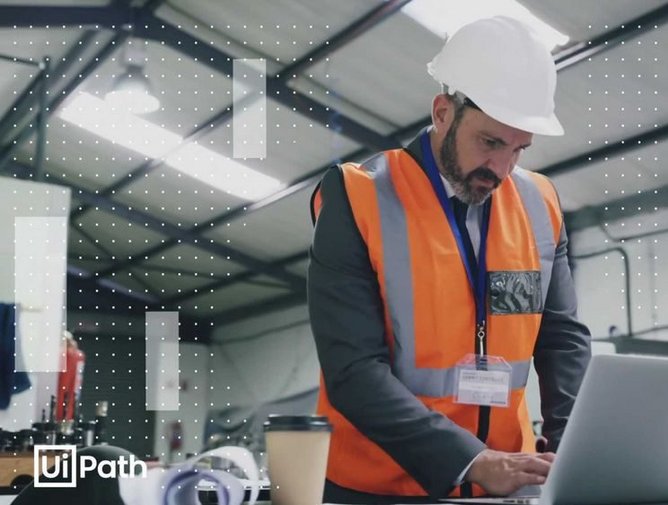 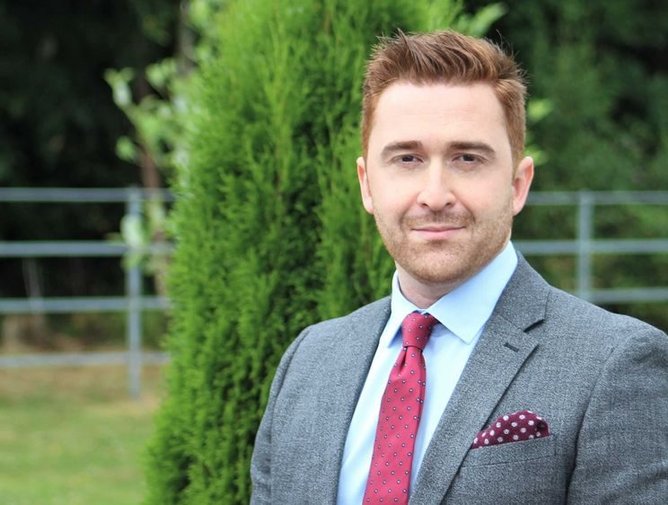 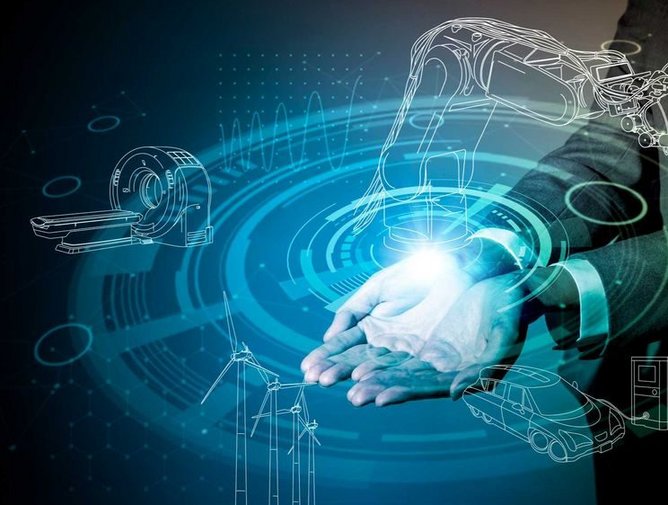 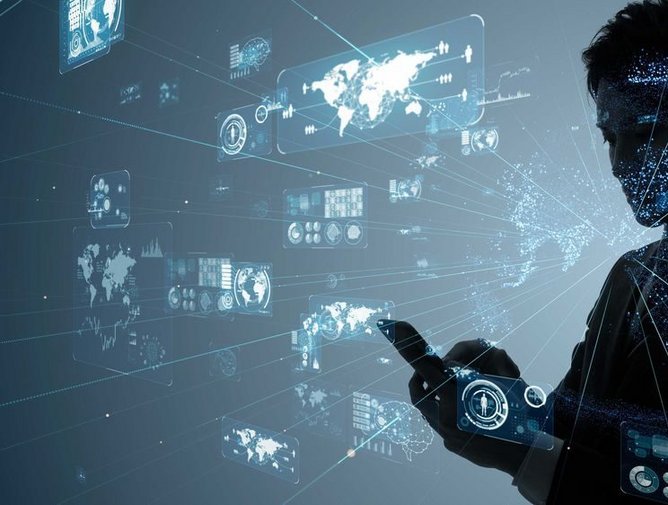