The new Telefónica Deutschland is the largest mobile communication provider in Germany, setting the pace for the telecommunication industry and its evolution in a time of digitalisation there.  The aim is to become the leading digital telecommunications company in this key European market, the pursuit of this goal started at the beginning of 2016 with the process of integrating Telefónica and Eplus networks. These networks are using the three mobile standards (GSM, UMTS and LTE; this is 2G, 3G and 4G) with nationwide coverage. The integration work started in 2015, while the company continues to build out its LTE (4G) network. By around mid 2016, it says, the plan is that customers of both networks will also be able to use a shared LTE. What current E-Plus and BASE mobile customers will see is a gradual conversion to the brand O2 over the course of 2016. This way, Telefónica Deutschland is simplifying its offer in the premium segment and providing its customers with a consistent high-quality product and service range under one brand. The role of the BASE online portal will remain unchanged though special offers for new customers are based on the O2 tariff. A fundamental repositioning as a sole online brand is planned for a later time. “The transfer of the BASE and E-Plus customers to the brand world of O2 will contribute to a significant simplification of structures, technical platforms and processes at Telefónica Deutschland,” says CTO Cayetano Carbajo.

Since it entered the German market in 2005 with the acquisition of O2, Telefónica has made rapid strides in the market and now offers mobile and fixed, voice and data services for private and business customers. With a total of 48.6 million customer accesses, the company is one of the three leading integrated telecommunications providers in Germany. In the mobile segment alone, Telefónica Deutschland is responsible for more than 43.3 million accesses – making it the German market leader.

So this has been a busy time for its Chief Technical Officer (CTO) since his appointment in 2014. Cayetano Carbajo moved to Munich from Madrid, where he spent the previous decade as Technical Director at Telefónica's headquarters: before that he was CTO in Mexico, where he created the company's GSM network in that country by amalgamating two pre-existing CDMA networks. All in all he has been with the company for 21 years.

For Carbajo, Germany is the ideal environment for an engineer. “We engineers tend to be well ordered people, with a clear view of processes, and that definitely fits the German national character.” Nevertheless we shouldn't make too much of this, he says. Most of the work he has been leading his team (he oversees a 1,300 strong networking 'family' spread across Germany) into doing here is unmapped territory. Certainly the technology that underpins communications in Europe has evolved a long way from the CDMA networks that he was dealing with in Mexico. It is an environment in which a creative, questing spirit is more important than being versed in the traditional ways of doing things, he says. “As CTO my job is changing all the time. I am leading the integration and evolution of both networks and service platforms, and what we are finding is that our situation here is not really analogous with any other country. Currently we have two networks because Telefónica Deutschland acquired E-Plus in 2014 and we had the network from O2 as well. I and my team are carrying out the integration into a single, seamless network. I do believe that this is the biggest network integration that has ever been undertaken, anywhere.”

The initial integration work is focused on densely populated urban areas, as Telefónica Deutschland aims in a short time that as many people as possible should profit from the new, integrated network. Total network integration is planned to complete in five years. The networks were both fully audited after an intensive phase of planning and testing in preparation for this challenging large-scale project. Having decided which transmitter sites will create the optimal geographical distribution, the next phase is the integration proper. As a first step in the process, in May 2015, Telefónica Deutschland activated national roaming in the UMTS networks for all O2 and E-Plus customers. Since September localised test runs have been conducted, providing enough information on how to convert individual transmitter stations within a few hours and to fully implement the network merger in a given area within a week. This was to ensure minimal network disruption and make sure customer experience wouldn't be affected.

The UMTS network from E-Plus is the best in Germany and extends well beyond urban areas. “With National Roaming the user experience of mobile data services has been improved by UMTS in areas where customers previously had no LTE coverage,” he says. “We are consolidating the sites because many are duplicated, and we are going to end up with 25,000 sites, so we are dismantling 14.000 sites. This is a key element in our synergy plan. Besides this consolidation we are doing a complete technology renewal to have the most recent network delivered in outstanding quality. For the consolidation  we chose what is the best site in terms of quality and cost and then the other becomes redundant.”

By the end of the network integration process Telefónica Deutschland will have transferred a total of 7,700 mobile telephone sites to Deutsche Telekom. “This will have benefits all round,” Carbajo adds. Telefónica Deutschland can use resources that would have been needed for the elimination of these overlapping locations on the rapid LTE expansion instead. In general, dismantling redundant network sites is not only expensive, but also takes time and ties up personnel. Normally, any existing property leases have to be cancelled and equipment has to be expertly dismantled.

By the end of this process Telefónica Deutschland will be able to offer its customers an  optimised network with more than 25,000 sites. “We have our criteria for selecting the best sites from the coverage point of view, and we're assessing them one by one. ”

This in itself would be a major task for this year but it's just the customer facing part. In common with what we have seen at Telefónica in other markets, the technology vendor base in Germany is being streamlined. “From our current vendors in the mobile space,” he reveals, “only Huawei and Nokia will remain. A similar process is happening where the EPC (evolved packet core, also known as the SAE core) is concerned, and from two vendors we will go down to a single supplier, in this case Huawei, as the packet core vendor.”

Growing Telefónica Deutschland's LTE coverage is vital to keeping the company ahead in this highly competitive market, thus a key task for the technical teams. “My competition here in Germany has a bigger LTE coverage than Telefónica Deutschland has at the moment, but we don't intend to leave matters that way. We plan to implement more than 10,000 LTE base stations this year and that will make a significant difference in this market. As the leading digital telecommunications company, we aim to deliver the best network experience to our customers with our mobile network by 2017, though of course our strategy is to continue to expand our mobile coverage continuously after that date.”

To do this, having the best and most dependable network is merely a necessary tool. What really matters is delivering a quality experience to the customers, he emphasises. “This is what we call end-to-end customer experience, and is a combination of the quality of the underlying technology, the device and the application our customer is using. To do that we are investing in optimisation and optimisation tools as well as monitoring customer experience and reacting to problems in the service, whether this is an outage caused by the network or a performance issue caused by the network itself or anything else that impacts upon it.”

One key example of an optimisation tool that will really make a difference is the adoption of self organising network (SON) technology. “I truly believe we are one of the most successful operators of SON tools, which automate to a very large extent the tasks that traditional maintenance and troubleshooting methods would really struggle to keep up with today. The way it used to be done was already very complex and in the environment of the networks we are building today that approach has become quite unviable.”

The solution the company has chosen to deliver the new levels of automation is Cellwize SON. This technology, which places its emphasis on solutions that work seamlessly with all technologies and vendors, plays a central role streamlining the process to ensure that the modernisation project is completed smoothly. “The end result is a superior and personalized service to subscribers, when they need it, wherever they are. Managing and controlling a multi-vendor, cross-technology network can be a real challenge. Networks are sensitive and become unstable very fast and unexpectedly. Still most of the work required for keeping the system stable can be automated, allowing my team to focus on managing the network. We are using this both for our single-network optimisation and also for our consolidation programme.” Telefónica Deutschland is also implementing tools to measure the end-to-end customer experience. One way to do this is to collect customer feedback but this is unreliable and subjective. A much better way is to use advanced diagnostics to gain insight into the entire ‘experience chain' as he puts it. “It's a way of monitoring not just the network behaviour but to see what devices our customers are using and what applications are running on them. After all, customers don't differentiate between the device, the network and the application – they just want it to work, and that is precisely what we mean by customer experience. But to be clear: always ensuring data protection has the highest priority. In accordance with the statutory regulations, we only use fully anonymised information and conclusions cannot be drawn about individuals.”

Yet a further goal for this year and next is to advance in the virtualisation of the network, a process whereby, thanks to technological evolution that allows the operator to make use of generic hardware. “It's a win for us if we can use generic hardware and software optimised for the network and also gain a lot of operational improvement, by operating a service that is cloud based.” That brings the conversation to the key topic of virtualisation, one that we have explored in past articles in connection with Telefónica's global digital transformation.

“Technology is moving fast. Remember when, not so long ago telecommunications operators had no knowledge of IP networks? Now IP is our core technology! With virtualisation it is the same I think. The knowledge of network engineers about the cloud is limited right now but we need to evolve and become the best players in the world when it comes to virtualisation and cloud. We have a clear plan for training our people to have the best possible skills in these processes.” 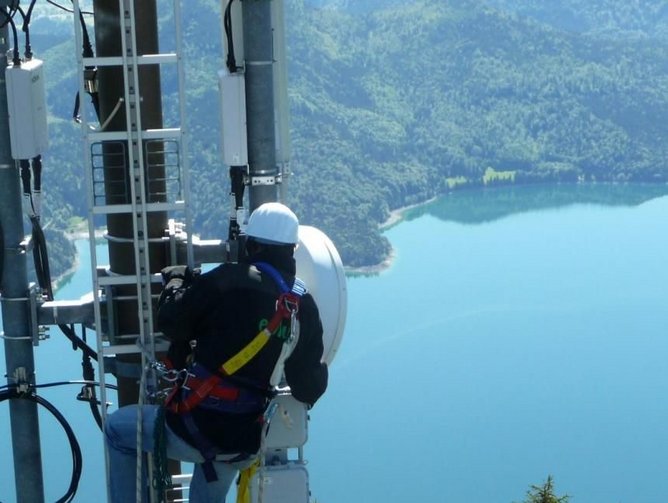 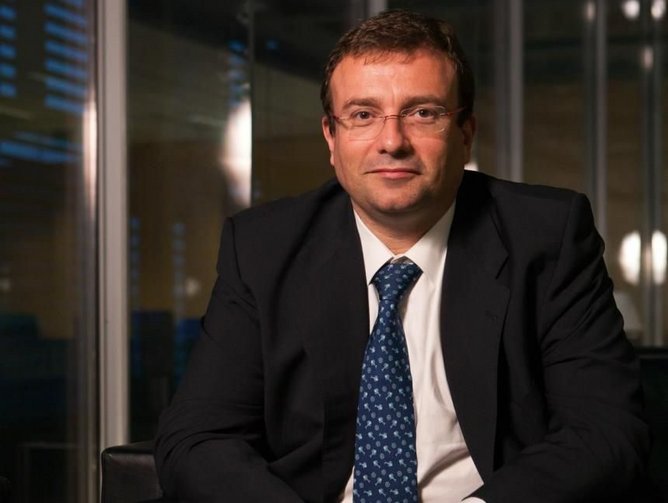 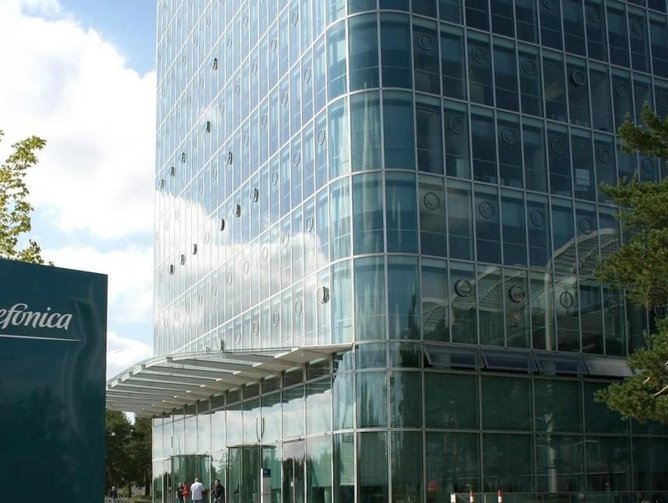 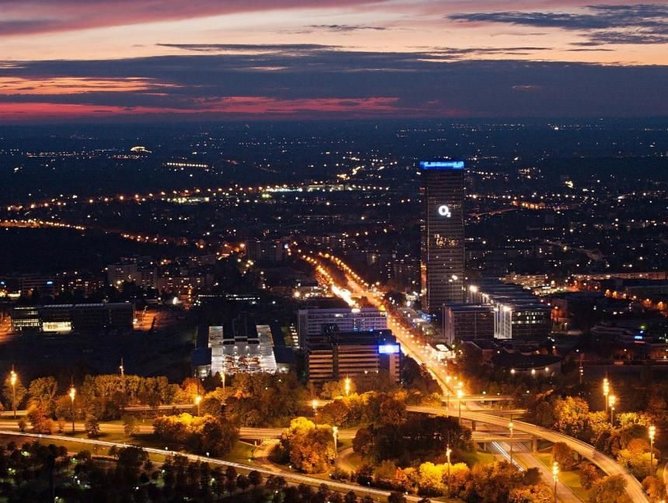 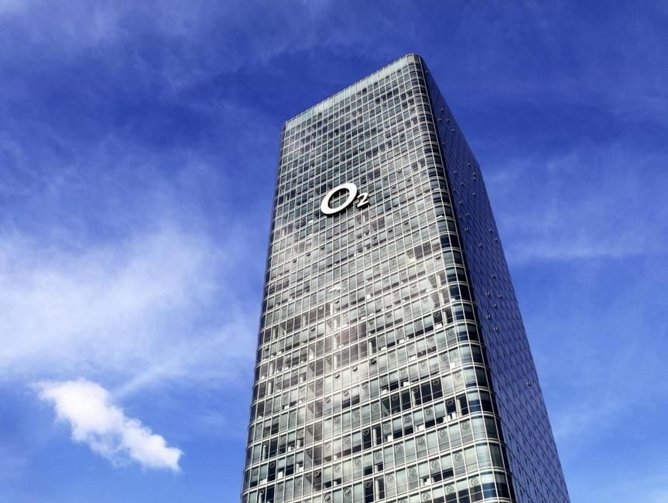 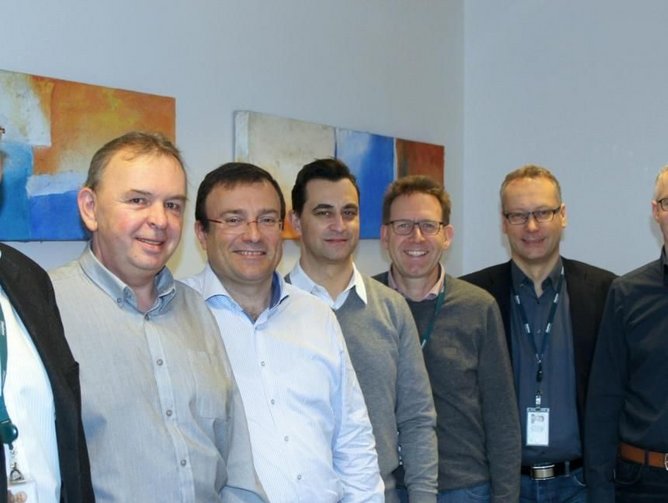 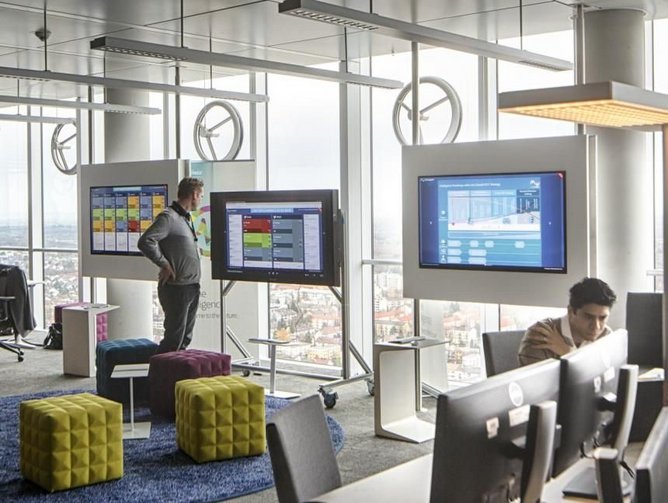