The internet in their hand

When it was established in 1994, three years after Azerbaijan’s independence from the Soviet Union, Bakcell quickly became known as a brand leader in the country’s telecoms space. Since then it has not ceased to evolve that brand positioning, always working towards greater customer orientation. “Today we are very much the leader in mobile internet services in this country,” said Richard Shearer.

Shearer has been CEO at Bakcell for four years, long enough to make his mark and set the strategy for the next phase of the company’s growth. And while effective connectivity and coverage remain at the core (Bakcell’s network reaches 99 percent of the population) the future belongs to the company that delivers the best user-friendly data services. “While we were last to launch 3G, we are now the number one provider of mobile internet services in the country. More than 60 percent of our customer use data services, which is a very high proportion compared to any international benchmark.”

Bakcell is in a competitive market, with two other players snapping for business. In terms of subscribers Bakcell is still around 12 percent behind Azercell though it has been relentlessly gaining market share during Richard Shearer’s watch. “Our focus is on providing access to the mobile internet though your handset – the internet in your hand. So we have focused heavily on developing smartphone usage and ownership in the country.”

Bakcell is the only company that offers its own brand smartphones, and it has more smartphones on its network than either competitor. Reflecting global patterns, 85 percent of these operate on Android and 15 percent iOS, though again, more iPhone users choose Bakcell. He has a neat mantra: Smart people, Smart phones, Smart network.

During his four years he has led serious investment in networks, new technology, and has revamped all Bakcell’s customer services to improve them and bring them up to or beyond global standards. The company has more than 3,000 customers on its pre-commercial 4G network, all of them providing very valuable feedback to hone the service before its imminent launch.

Fast adoption of new technology is a characteristic of this youthful country, where 55 percent of the country is under 35. “Our customer base is a more concentrated version of that demographic so we do over-index on younger customers,” he admits.

Nevertheless Bakcell is keenly aware of the diversity of its customer base. As its name implies it started life as a telecoms operator in the capital Baku serving its two million or so inhabitants. Since then he stresses that the company has done much to balance its customer base across the regions. “We have been very successful in bringing in the provinces.” Products and price plans have been developed that recognise the difference in income levels between the capital and elsewhere, though with its oil and minerals income Azerbaijan is by no means a poor country.

Sport is a key component of Bakcell’s brand communications strategy, Shearer explains with enthusiasm. “The Bakcell Stars programme, which helps disadvantaged children, has evolved as we have built the partnership with Manchester United and the local football federation AFFA.” It was in 2012 that Bakcell became ManU’s first official telecommunications and broadcast partner for Azerbaijan, or indeed for any of the CIS nations. The deal gave Bakcell the rights to broadcast the club’s official TV channel MUTV in Azerbaijan, giving fans access to the latest player interviews and behind-the-scenes footage and much other valuable content to drive data usage and customer engagement in its core mobile phone customer base.

But the link up with what is undoubtedly the strongest football brand in the world brought much more than just a chance to display a well-known logo. It is, he says, a much broader engagement than that. “We are the number one global mobile telecoms partner for ManU in terms of activation. We work with them mostly on new initiatives that often they will then roll out to other parts of the world having tested it here.” The football club, he has found, really takes pains to understand the business and its challenges and to tailor the engagement to these.

Now Bakcell, working with Man’ United and AFFA, has opened the Manchester United Soccer School in Baku, apart from one in Hong Kong the only such facility outside of Manchester. At the preliminary stage, 16 under 16s and as many seniors will be selected for training by Man’ United professionals, giving the phone company unassailable street cred.

Not that this is any flash in the plan. Richard Shearer is proud of his company’s sport related CSR record. The Bakcell Stadium is the largest domestic football arena in Azerbaijan, but beyond this highly visible sponsorship the company has a lot of grass roots engagement, setting up football facilities in the regions. “We provide the pitches for children in local communities staffed with full time AFFA-accredited and qualified coaches as well as the equipment, and that allows those kids to interact and learn integrity, teamwork, self-respect and all the benefits you gain from sport.”  If Azerbaijan ever gets beyond the first round of the Europa League (the furthest they have got so far) it will be a Bakcell as much as a national triumph.

For those to whom football is a mystery these benefits are still available. Shearer is every bit as keen on Bakcell’s engagement with other activities such as its association with United Aid for Azerbaijan (UAFA) founded in 1998 by Gwen Burchell MBE. UAFA and Bakcell started implementing the “Art Communication for Children with Disabilities” project in February 2010. The project aims to engage children with physical and intellectual disabilities through art to develop their physical, cognitive and social skills.

Bakcell Stars is a programme started in 2009 to help children with special needs of every kind. There is however another leg to the company’s CSR story, linked to IT and telecoms education. The two overlap, but like every developing country Azerbaijan needs to grow its knowledge base and develop the talent that will create the networks – and the apps – of the future. So Bakcell has partnered with local universities, and also with JAA Azerbaijan, a branch of Junior Achievement Worldwide, the world's largest not-for-profit organisation in business education. The programmes it promotes encourage entrepreneurship, financial literacy and IT upskilling among young people. Bakcell has also partnered with Qualcomm to open App Lab in Baku as an incubator for local entrepreneurs who are focused on developing internet and mobile apps. This first of its kind initiative in Azerbaijan has received a lot of positive publicity and is seen by many as Bakcell tangibly supporting the development of the ICT sector with Azerbaijan.

Harking back to his introductory remarks, Richard Shearer emphasises the need to build a network designed for the way people want to use it. That means much more than simple internet access for information. “We see the internet more as a source of entertainment, so content is important to us. Video is rising in every network, but on ours it is rising exponentially! We are building a network that caters for that, so very good connectivity, very fast throughput speed is important to us.”

That Bakcell is rising exponentially too is evidenced by the fact that the number of smartphones on the network has more than doubled in the last year. Many businesses have been enabled though smartphone use too, he points out. “They can interact and react with customers in a way that is not possible with a PC. The government has a number of initiatives in terms of secure payments, digital signatures and the like, all of which encourage evolution e-business. This is a great opportunity for Azerbaijan!”In a recent smart move, Bakcell teamed up with its smaller competitor Azerfon to form a joint venture to exploit economies of scale and scope in building network capacity. As a result the JV Azerconnect has given Bakcell access to an unparalleled amount of spectrum and a strategic advantage over Azercell. Bakcell will be the only operator with the spectrum to offer LTE-Advanced, the next iteration of 4G; with download speeds of around 100Mbps “Spectrum is our lifeblood, at the end of the day,” concludes Richard Shearer gnomically. 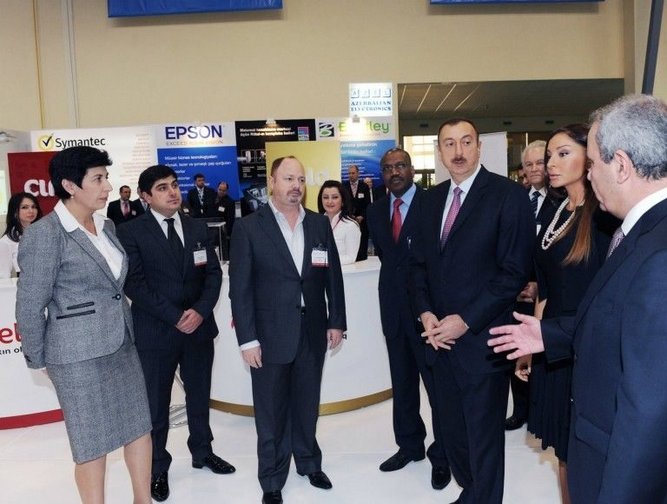 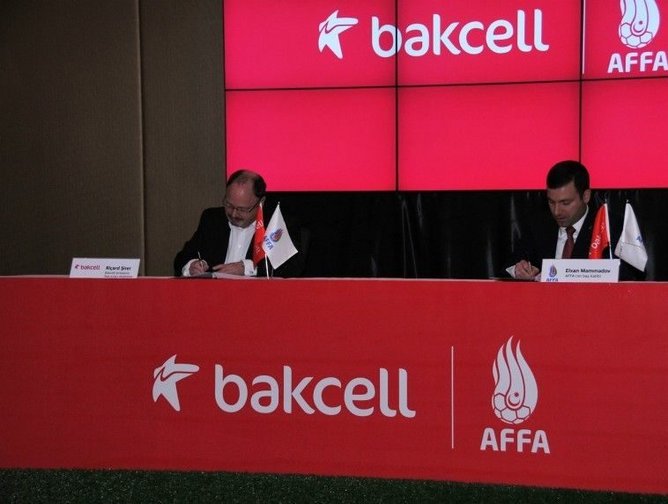 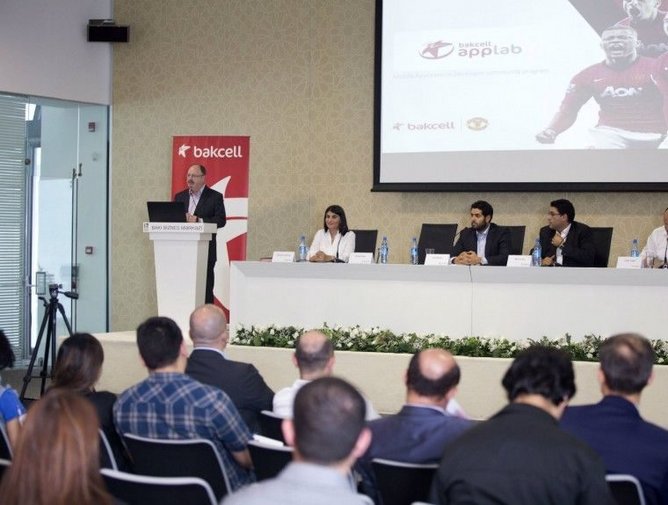 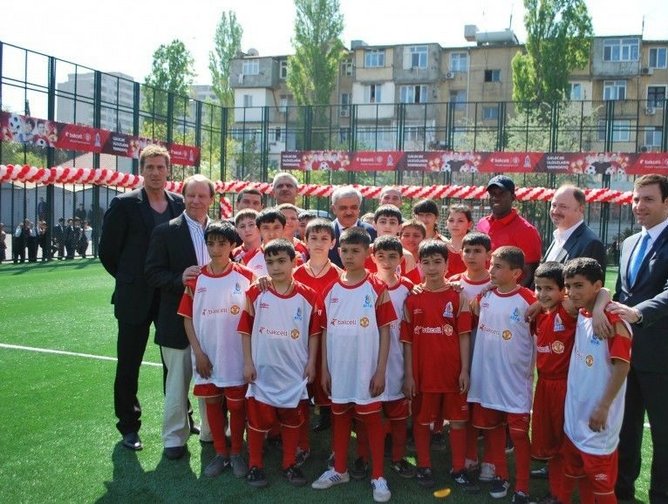 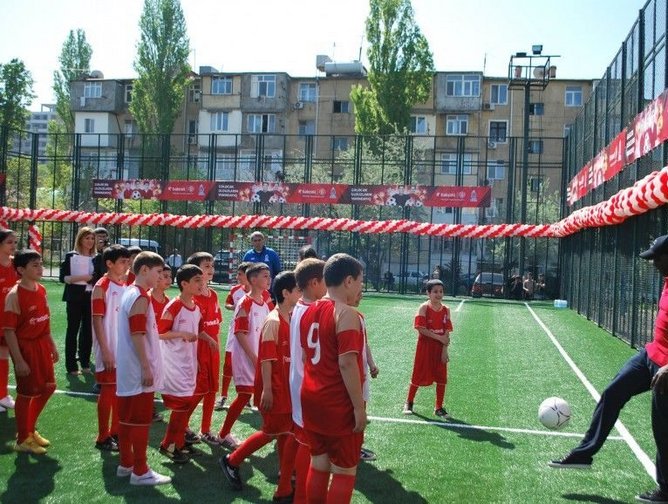