COO of Atom Bank, Stewart Bromley, describes the incredible strides the digital-only bank is making in the financial world.

Stewart Bromley is the Chief Operating Officer of Atom Bank. Having graduated from the University of Warwick, Bromley began working internationally for Ford Motor Company, moving on after 14 years to help with the rebrand of O2. He then started working independently before being head-hunted by HSBC Direct, setting up and running the first central centre of excellence for the HSBC Group. It was at this point that Bromley delved deeper into banking, consulting for Lloyds and Nationwide, spearheading digital projects in the 1990s which were fresh and innovative for the time.

Bromley was approached by a peer and friend of his, Mark Mullen (Atom’s CEO), asking if he would help to set up a new bank. Bromley responded that if the bank was digital-only, he was interested: “Having preached the threat of a digital bank at board-level for a number of years, this was too big a calling,” Bromley says. In May 2014, he formally became the second employee of Atom Bank, joining before all but one of the founders. “I started right from day one, and at the time there were six of us in a little room trying to work out how to build a bank.”

That six-strong team had no small task on its hands. A digital-only bank would require a great deal of research, but Bromley soon discovered that the research leaned heavily in Atom’s favour: “Atom is about the absolute recognition that consumer behaviour is changing to be very mobile-centric,” he says. “We’ve been researching this topic for years. Back then there were 8.7 million adults in the country that wanted to bank digitally-only, and felt disenfranchised. Those people were underserved by the industry, and the segment has grown at a rate of two million customers a year.

“There was a total gap in the market, so Atom didn’t do this for Atom’s sake – it was because there was an underserved community that wasn’t getting what it wanted. You can argue that other banks have some form of mobile banking access, but they’re not a mobile bank.”

Creating a digital-only bank includes the advantage of delivering better technology geared specifically to the proposition being created, along with a much lower cost base thanks to it being a self-service bank. According to Bromley, the customer receives a better experience and better value, thanks to Atom running at a lower cost than other banks. He knew from his consulting work that banks’ biggest threat was digital start-ups, which wouldn’t need to grow new digital capabilities on an existing mess of technology and processes.

“It’s not that established banks don’t want to advance, it’s that they physically can’t because of the technology layers they already have,” says Bromley. “You’ve got to either start from fresh, or sub-brand which involves cannibalising your own company. Banks are spending millions on digital and marketing, but the amount of actual functionality they’re creating for customers is negligible. You can start a new bank and launch a complete suite of products for a tenth of the money, and it’s so much easier to keep abreast of technology’s swift pace. If you can’t keep up, you’re never going to survive. We’re leapfrogging the high street banks.”

Atom Bank had to undertake some serious innovation in order to make it work. “You’ve got to think about how to squeeze the whole of a bank into a landscape of a few inches,” says Bromley, meaning that his team had to decide what a bank needed to be, and the top priority was customer experience. Atom created an animated interface using Unity 3D – a platform used predominantly in the gaming sector – and expanded that into a fully animated experience without any formulaic navigation.

The app features real-time information architecture, bringing the contextually-relevant information to the customer’s screen without the need for menus. Atom writes its own code for the app, but the services that depends on are almost entirely bought through partnerships. While most banks will partner with huge global companies like IBM, Atom prefers to form relationships with many smaller companies, ensuring that it keeps ahead with innovation and lowers costs. “Without those types of partners,” Bromley says, “we would never be able to deliver at this pace. And we will readily create more partnerships to maintain pace and supply best-in-breed capabilities.”

As the potential for security breaches become an increasing concern, Atom is made an all the more attractive prospect as a mobile-only – and therefore specific to the customer – concept.

“You get massive increases in levels of security with mobile-only,” says Bromley. “If all we did was regurgitate what a bank did there’d be no point – we had to completely differentiate. We use either facial, voice recognition, or a passcode, depending on what the customer wants. Soon we’ll have fingerprint technology too.

Most of our customers prefer the facial recognition software, and while some global companies may be using this technology, it’s new to the UK. We do have a support centre for any customers needing help, and it’s integrated into the app with a live chat function. Next year we’ll have video and voice to accompany that. There’s a level of intelligence that’s been thought through to deliver the best customer experience.”

Atom’s biggest challenge at the start was funding. “We’re a start-up and we don’t have big pockets,” Bromley explains. “Banking is certainly not for the faint-hearted.”

It’s a tightly-regulated industry, and start-ups have very little negotiation power. While many companies can launch with only a few hundred pounds behind them, banks require several million just to meet the basic regulations; Atom had to raise £100 million at the very least, and managed £135 million to get started. “That’s before getting a single penny of income. The shareholders want a return as soon as possible, so you immediately have to deliver at an incredible pace on a shoestring. But we’ve always got over our hurdles and have risen to the challenges of the job. Today we’re doing pretty damn well.”

Bromley and his team are deeply passionate about the concept of digital-only banking and its place in a sector that is otherwise outdated, and believes strongly in its mission statement of ‘changing banking for good’.

“The future of the digital bank is based on what customers want, and the behaviour that customers are demanding,” Bromley concludes. “Having the speed and agility to stay with the technology that the high street can’t compete with, and a cost-income ratio which makes all the difference – that’s a pretty compelling proposition.” 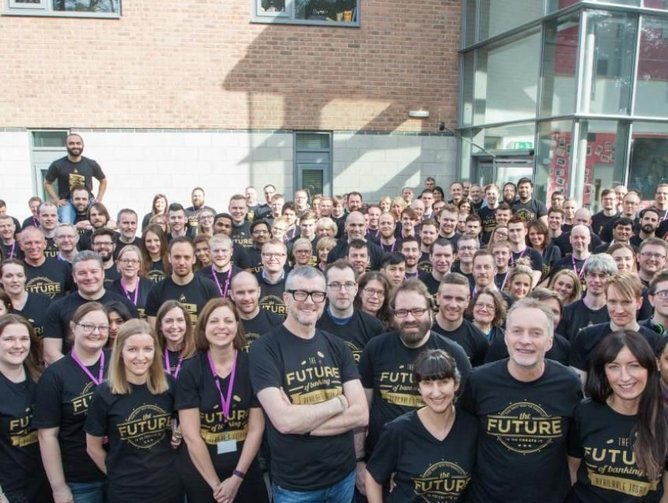 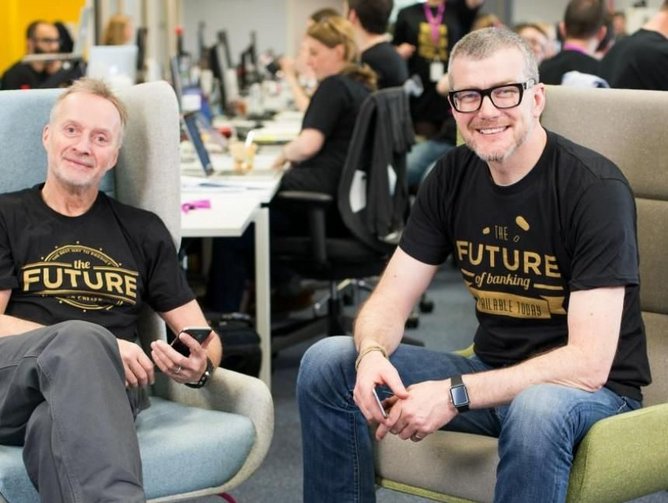 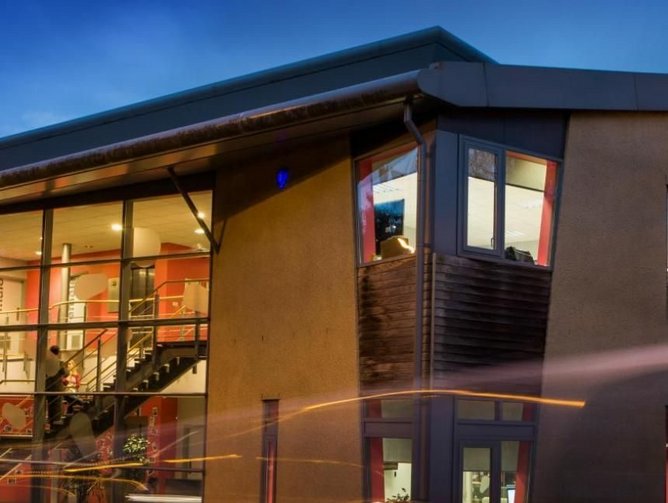