As Chief Information Officer of JTI (Japan Tobacco International), Diego De Coen is extremely keen to achieve the perfect balance between technology and people. With his wealth of experience in the sector, he knows that one cannot be sacrificed for the other, and this approach is certainly paying off in a sector known for being, at times, challenging to attract top talent into.

Having previously led the company’s Centre of Excellence for seven years, De Coen has since been responsible for JTI’s entire IT function for eight more, heading up a team of nearly 800 across the globe. His role has, of course, changed with the times, but remains focussed on the two aforementioned themes.

“My role is about delivering high quality added-value solutions for the company at an optimised cost, of course,” De Coen explains, “but I’m also what we call the Guardian of Talent. Part of my job is also as a relationship-builder, bridging together different segments of IT and their counterparts such as corporate functions, markets, and factories. We are a real people-caring company, so talent management has always been very important to us, but even more so now that we’re embarking on this digital adventure.”

In an age where technology is becoming smarter and people are increasingly seen as surplus, De Coen values staff and what they add to business: “IT is very demanding, and currently full of buzzwords: the cloud, big data, Internet of Things (IoT), software as a service – what differentiates us is business knowledge and good old-fashioned IT skills. You don’t need to mimic best practices; they’re already built into the cloud solution so you don’t need to develop that application yourself. You just need to understand the business and activate the right functionalities within that already-implemented solution.”

In the early 2000s, JTI set about creating two programmes which embraced the two big application pillars of that age: an ERP system based on SAP technology, and a front-office CRM application for sales and analytics, which refreshed the entire company’s basic application environment. Once they were complete, JTI found itself with a lot of technology and business experts that were then split into dual factions: Business Technology Services, which contains three smaller teams within itself and deals with every element of the business side of IT, and the IT Factory, which is filled with the infrastructure, development, systems management and data centre experts.

“So over the years, these departments have evolved and become kind of a business consulting arm of IT, while the other ones are still there to develop solutions,” De Coen explains. “Between them, the teams keep the lights on. As a company, when it comes to our IT functions that work directly with the business, we have decided to keep this within IT. Some companies have these distributed inconsistently across their business functions, but this can create an ineffective delivery model. I believe our IT model is the most optimised to provide the best value and the tools and solutions for the business.”

He adds: “One of the basics of my IT strategy is to insource knowledge and outsource commodity. Over the years we’ve really focussed on that.”

The effort JTI puts in placing its staff in the best positions is reflected in its status as a Global Top Employer, which the company has been awarded for the past three years. Only 10 businesses have received this award worldwide. JTI takes part in employer certifications with the view to raise awareness as a business which cares about people, knowing full well that the tobacco industry could be a contentious issue for some.

“This is a wonderful place to work, with many opportunities for staff to develop and grow, but in this industry it’s sometimes more difficult to entice new employees,” says De Coen. “As such we must make more effort to get skilled people – the best in class – to join our ranks. We focus on investing in employee development and helping them grow their careers, as well as offering good compensation and benefits. Not only do we then give them a positive working environment and care for them, but we gain a reputation as an employer of choice, and we see in the staff surveys that our employees are really happy.”

In De Coen’s words, “Above and beyond the working conditions we offer, the values we stand by are key for our customers, suppliers, and current and prospective employees alike.  This is notably reflected in our engagement with communities where we are established.

In close collaboration with partners, JTI regularly supports a wide range of initiatives across the world, from working with farmers and their communities in order to tackle child labour, to planting trees in tobacco growing areas where deforestation is a challenge. In addition, the JTI Foundation, a charitable organisation endowed by JTI, brings its support to less privileged people and victims of natural or man-made disasters through partnerships with reputable organisations.

While JTI’s entire digital scope has changed a great deal in recent years, one of the biggest, most dramatic changes has been adopting IoT. JTI is a traditional company in many ways – producing high-quality tobacco products in a cost-effective way – which used to require a simpler business model. However, due to the highly-regulated nature of the industry restricting how it could reach out to consumers, JTI had to expand its technological capabilities and modernise to implement something new.

“Our traditional model has changed since we entered the market of emerging products, or e-cigarettes,” says De Coen. “Suddenly we have the ability to trade in some markets with our consumers via e-commerce platforms. We are allowed to perform digital marketing and connect with social sites. It’s an environment that did not exist before because regulations dictated that we cannot sell tobacco products online.”

JTI is also utilising IoT on the shop floor, enabling it to gather and process data in a much more streamlined fashion. For example, predictive maintenance for continuously monitoring machinery is vital for any manufacturing company, because something can happen to the component being worked on at any moment. IoT is helping JTI to diminish any issues and remove downtime of the machines, easing the way for the business to become ever-more digital.

These advances in technology have been made possible by the businesses with which JTI has aligned itself, and part of De Coen’s strategy is to keep partnerships minimal and strong.

“The fewer strategic partners you have the better it is for the company,” he says. “If you have too many, the word ‘strategic’ becomes meaningless.”

Thus, JTI concentrates on a select few, including Orange Business Services (OBS), SAP, Microsoft, Oracle, Accenture, blue-infinity, SCL-consulting and HCL. As an example, the entire spectrum of communications is outsourced to OBS, which is JTI’s longest-serving partner; amazingly; they have worked together since the mid-90s. The other partners all contribute additional – and vital – elements to the business and are encouraged to work as equals with JTI.

“It’s not only about them providing a service and us paying a certain amount of money for that service,” De Coen explains. “I want these partners to understand our business inside and out, and when they do that, they’re able and encouraged to come up with new ideas and solutions with added value for the company in a proactive way, so that we don’t always have to run after them and ask if they can do this or what. They can come up with ideas themselves.”

These stable and trusted partnerships are more important than ever at a time when JTI is entering emerging markets, which bring several new challenges including, at times, less reliable IT infrastructures. The close relationships between businesses are vital for ensuring the agility and flexibility JTI strives towards when so much change and expansion is occurring.

“The company is moving so fast. We enter between three and five markets each year,” De Coen states. “Recently we’ve entered the Philippines, Indonesia, Dominican Republic and Colombia. In these emerging regions, we’re constantly moving. When you enter a new market, it’s only investment, there’s no return – you don’t make money on day one. But thanks to our CRM and ERP solutions, which we’ve created lighter versions of, we have a toolset that we can use immediately in a new market and start doing business at a very low cost. Then, we bring in our partners.”

JTI’s insistence on the best adoption of technology and its passion for people has cemented its relevance within a traditional industry, and will enable its already-significant footprint to grow and grow. 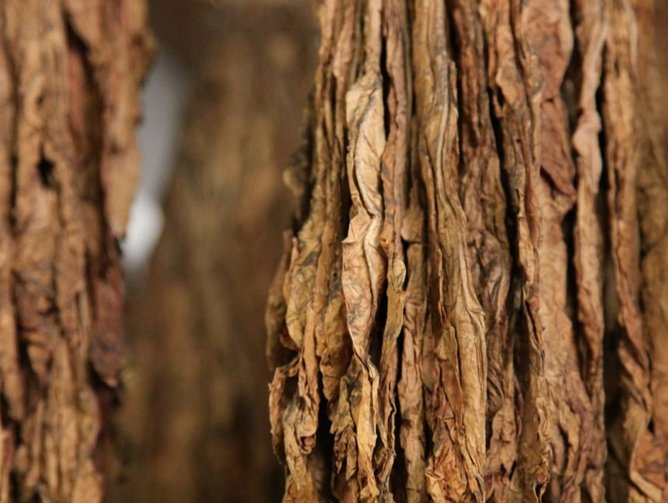 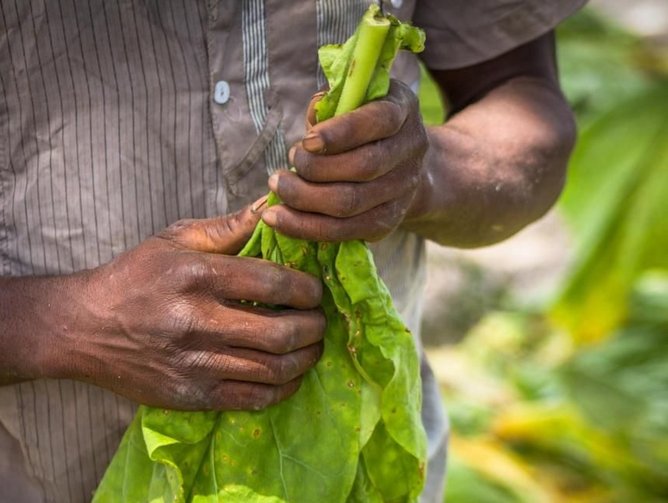 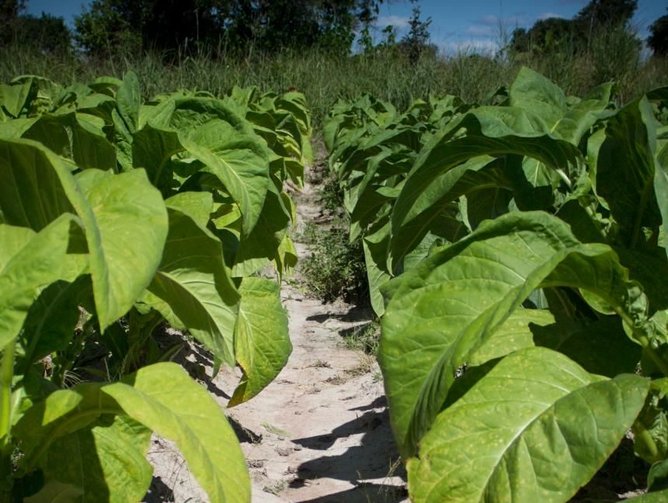 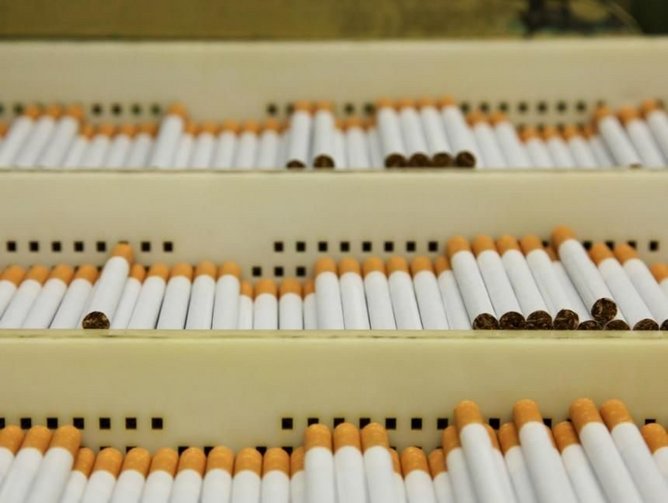 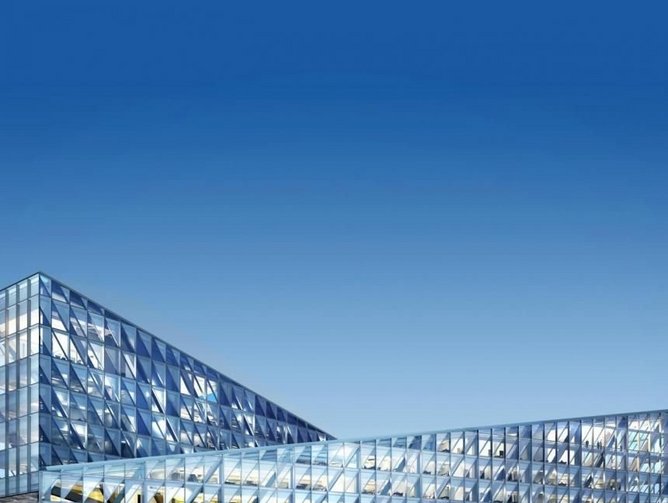