The King Abdullah University of Science and Technology (KAUST) in Saudi Arabia was founded in 2009, in what was pretty much desert. A few years later its supercomputer Shaheen completed a world first endeavour in the exploration of oil. KAUST's rapid developments mirror Saudi's incredibly fast-paced history - since its inception as a modern-day Kingdom in 1932 it has transformed from a rural nation reliant on agriculture to one in the midst of a digital revolution.

A pivotal influence in the university's development was the Shaybah Development Program, a pioneering project that made inroads into new technologies for the discovery of oil. Its sheer size and complexity was unlike anything that had been accomplished in the region before - until the launch of KAUST.

During his former career at Saudi Aramco, KAUST Executive Vice President for Administration and Finance Nadhmi Al-Nasr managed the Shaybah project after overseeing the Kingdom’s oil and gas pipeline projects of Saudi Aramco (the Saudi Arabian Oil Company). Of the development of KAUST he says: "We were creating a new world-class university on a scale and timeline that could not be compared to anything else. In what is sometimes called our thousand-day journey, this meant assembling the world's leading experts and adapting the best of what they had to offer in a fresh new way to serve the Saudi people and context, but with a global reach."

Two of these experts are David Keyes, Professor of Applied Mathematics and Computational Science and Director of the Extreme Computing Research Center, and John E. Larson, Chief Information Officer. Keyes had spent two decades writing federal agency reports for NASA and the US Department of Energy. At KAUST he had the chance to create a brand new computational science and engineering-based university.

Larson was formerly the Vice President of IT at Pfizer, and the CIO of Disneyland Paris during its construction. Now he's responsible for all of KAUST's IT infrastructure including research support capability around computational science.

Both were drawn to KAUST by the excitement of getting involved with a new educational institution from scratch. "It's a country with a lot of ambition and momentum," Keyes says. "When KAUST came on the scene we found that there was a spirit here that we found missing in most institutions in our countries, that were trapped in their success."

In October 2016 KAUST's Cray XC40 supercomputer, aka Shaheen, completed the world's first trillion cell reservoir simulation led by scientists from Saudi Aramco. As the fastest supercomputer in the Middle East, Shaheen's extremely high resolution enabled it to analyze the assets of Saudi Arabia's Ghawar reservoir - the world's largest oil field - in one continuous computation rather than dividing it up into different pieces. This meant a more detailed look at the location and quantity of the oil, identifying parts that had not been visible before with older machines.

Keyes says that Shaheen holds its own against the world’s supercomputers. "[It's] designed to be very usable with a tightly coupled computer network to reduce the overheads of messages. Saudi Aramco employs a hierarchical solver that tries to do the least operations as efficiently as possible over many processors. What they have done in-house is comparable to the achievements of the majors that have internal reservoir simulators like Shell or Exxonmobil."

This record-breaking experiment may have been completed but the team isn't resting on its laurels, as continuing to make advances in high performance computing is essential to KAUST's work. "Our ambitious research strategy would not be possible without Shaheen," Al-Nasr says. "But the benefits of Shaheen reach beyond KAUST. Our aim with the supercomputer is to enhance our contribution to research and industry in the nation through our many important partnerships."

The benefits of networking

Another way to form partnerships is through the many events KAUST host, attended by CIOs, CTOs, and IT thought leaders from all over the world. One is the annual Global IT Summit, the most recent of which took place in early February. "We often work with national partners who may be struggling with their own IT, or just wish to learn about our experience," Al-Nasr says. "The summit helped increase recognition of IT's strategic value and role at KAUST, and served as an exposure opportunity to local universities and government agencies."

KAUST faculty members can lead workshops on the campus, bringing them into contact with leaders in their fields from all over the world. The Scalable Hierarchical Algorithms for Extreme Computing workshop took place in May 2016, including guests from the Intel Corporation, Nvidia and the US Department of Energy. In March 2017, KAUST hosted the 7th High Performance Computing Saudi Arabia Conference, which is the premier regional event that focuses on advancing the HPC ecosystem in Saudi Arabia.

Equally important is having a presence at key global events to share technical knowledge and bring new people on board. The Supercomputing conference in the US was where Keyes was initially recruited in 2007. KAUST has an exhibition booth here each year to advertise what it does. "It always surprises people that Saudi is among the world's leaders in computer power," Keyes says.  "Even today there are I believe only seven countries in the world whose aggregate computing power is greater than ours, those being China, the US, Japan, Germany, the UK, France and Switzerland."

Traditionally there are fewer women than men in tech, but KAUST has a higher than average percentage of female students at 37 percent. Keyes compares this to the 26 percent in the graduate school of engineering at Columbia University, where he taught, a figure the institution prides itself on.

The university also has a community that represents 100 different countries. "As a Saudi citizen, I appreciate that a large portion of the world is represented at KAUST," Al-Nasr says. "Not just for the sake of diversity, but because it helps drive our commitment to excellence through the integration of diverse approaches and perspectives."

Looking ahead, Keyes believes the biggest challenge is power efficiency. "The driving force in supercomputing today is surprisingly almost the same as in your cell phone. It's trying to do more with less power, whether to save your battery to show movies or to compute the world's largest oil fields in a sufficiently fast time to change the control of pumping and injecting. If you have to expand power requirements (already in the MegaWatts) proportionally to computing power, you are limited by your facility."

Al-Nasr emphasized the importance of the university’s role in finding sustainable solutions to humanity’s greatest challenges while protecting the precious planet that we all share. "Our strategic research in water, food, energy, and the environment is directly addressing the most important scientific, economic, and development issues in Saudi Arabia and the world today. With the most advanced technological resources at KAUST, we are constantly pushing our scientists and engineers to anticipate future challenges and find better solutions to the world’s biggest concerns.”

The next big leap

These aren't just ambitions on the horizon - a national strategy called Vision 2030 entails a huge push towards entrepreneurship and forming new industries outside of oil. In fact the mission of KAUST is closely aligned with the principles of this national plan, with one of its aims being to attract enterprise. The university has already incorporated 31 start-ups and 22 of these are in Saudi Arabia benefiting the economy.

This drive began with the scholarship program implemented by the late King Abdullah, making it possible for people to travel overseas to earn degrees, even with their families in some instances. Larson puts the latest number of students taking part at 125k. "These young bright minds will return to Saudi Arabia and help implement new ideas and new start up organizations. KAUST is also doing its part to equip the leaders, entrepreneurs and scientists needed for the nation’s future. These efforts provide a great opportunity for Saudi to take another leap." 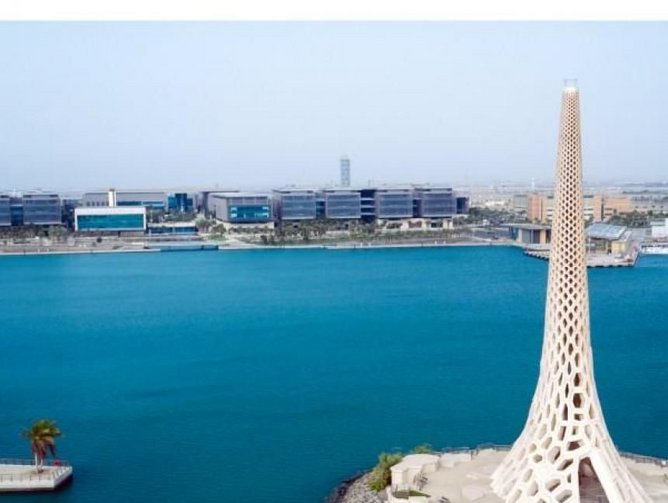 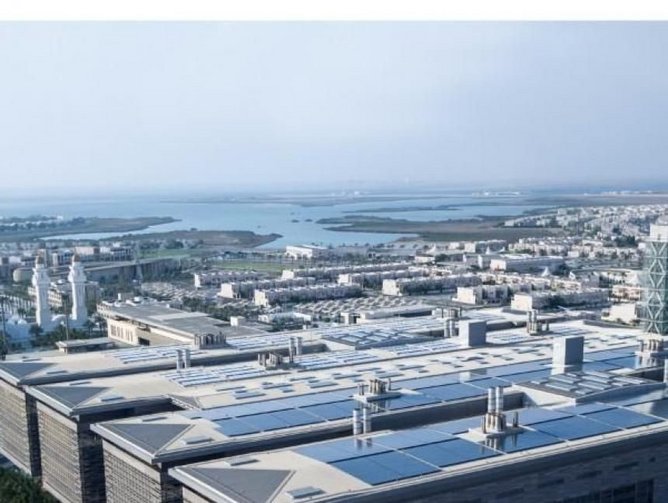 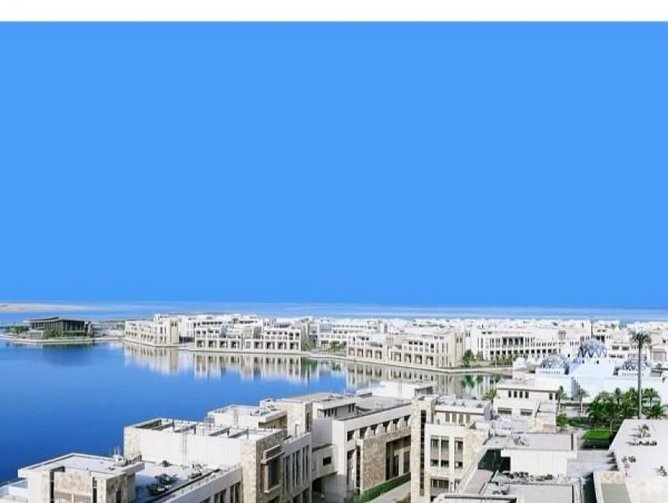 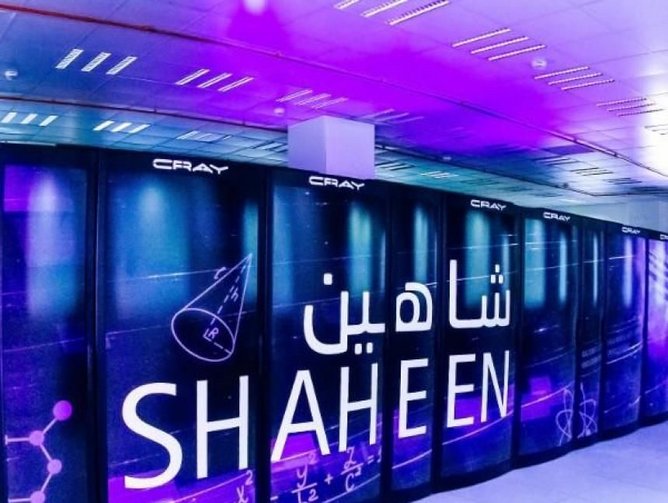