Kellogg's Distribution Takes On the Challenge of the Cube

Kellogg’s Distribution is working on fully maximising ‘the cube’ of warehouse space as it continues to move further into the snacks industry following the acquisition of crisp brand Pringles.

The distribution arm of one of the UK’s most historic brands, Kellogg’s, is also developing  a solution  with communications technology leader Voitech to become the first ever firm to use cutting-edge voice picking technology to cube pallets as part of its’ large warehousing operation.

Kellogg’s, which makes iconic cereals including Corn Flakes, Crunchy Nut and Special K, purchased Pringles in 2012 for $2.7 billion. It’s Head of UK and Republic of Ireland Distribution, Abzy Shaikh, is now planning new methods of getting the most out of the available space at the international company’s main warehouses in Trafford Park, Manchester, in the UK.

Shaikh said: “Our ambition backed by strategy is to ‘explode snacks’ and so that means the distribution centres we have are not necessarily sufficient. We are taking the concept of cubing out a container or truck and applying  it to our warehouses – with the aim of sweating these assets

“We are looking at how we fully maximise the cube of warehouse space. We have a project looking at different types of racking solutions above loading bays, walk ways etc., which was traditionally just ‘dead’ space. These are 14 metre high warehouses so the opportunity is there – we just need to find the right solution to store more in a way that is appropriate for our fast-moving environment.”

Kellogg UK’s strategic goal is “to grow our business by feeding every family in the UK throughout the day”.

More specifically, key “choices for Kellogg include increasing share of breakfast in and beyond the bowl, growing its Snacks business and winning in all retailers.

Julie Faulkner, UK & Ireland Supply Chain Director, said: “From a Supply Chain perspective setting ourselves the highest standard to become a ‘world class’ operation is essential. I firmly believe that agility, innovation & executing with excellence will underpin our success.

“For us, driving a continuous improvement mind-set at all levels is a critical cultural building block, as it engages, empowers and motivates the whole team.”

Innovation is key to Kellogg’s Distribution operations and Shaikh speaks of challenging the status quo.

With voice picking technology, a warehouse operator uses a hands-free headset connected to a computer to perform certain tasks that would have previously required manual input. The computer can also provide verbal prompts to the wearer.

Shaikh said: “The other thing that is quite innovative to the field that we are in is voice picking. Traditionally it is used in retail, the headset tells the operator to go a particular location, pick the product, put it in a rolling cage.

“When you pick to a cage it doesn’t have to be uniform or square, but when we pick, our pallets have to be cubed as they are double stacked to a height of up to 2.9m wherever possible – again vehicle utilization being the key driver.

“Voitech is number one in UK for voice picking and their people say this is the first time the technology is being used to cube a pallet.

“It saves valuable time and is better than hand held scanners. Our operators are moving while it is telling them where to go, the operators don’t have to scroll up and down on a little screen to select and confirm their products and that in itself is estimated to deliver up to 20 percent increase in our case pick rate efficiency.

“It is the combination of the split second improvements that can add up to a much greater value overall – referred to nowadays by the term ‘the aggregation of marginal gains’.”

This is an example of Kellogg’s Distribution challenging the status quo. When the plan first arose, there were people even in Shaikh’s team who needed convincing that this was worth trying.

The easy thing, as in most cases, would have been to accept that it could not be done, as that was the situation when the business unit first approached Voitech, but instead the team challenged it to work for them.

Shaikh said: “So we got Voitech in . We have a number of examples of that, where we have tried something and it has delivered value within our operation time and time again.

“It is just about perseverance, being proactive and above all creating a culture that allows its people to learn from failure.”

“It’s that old adage of better to try and fail rather than fail to try!”

Also key to Kellogg’s Distribution’s operation is agility in responding to operational variability.

For example, an average day might see 20 orders from a customer but recently, Shaikh said, a client had made 70 orders in one day and the challenge is to be agile enough to respond to such variability.

Shaikh said: “I like to think of Distribution as an ‘enabling’ function rather than a supporting one - we are in the middle – so we have to be flexible and agile but at the same time cost-effective.

“So we don’t just throw money at it, instead we find a way of keeping the costs down but making sure we offer maximum agility.”

On an average day the operation will see more than 100 full truckload deliveries out. On top of that it deals with intercompany loads, sending stock out to warehouses across Europe.

To deal with this workload Kellogg’s Distribution uses logistics partners Norbert Dentressangle and Bibby Distribution, who are part of the team at the company’s Distribution Centres (warehouses) in Manchester.

Kellogg’s outsources all its transport, other than the shuttle vehicles that move products from the big plants to the Distribution Centres. These are managed and deployed in partnership with Bibby Distribution.

Shaikh maintains these partnerships are fundamental to the success of the operation and stresses that his team is made up of people from these partners and good alignment is key.

Shaikh said: “We overcome the challenges by making sure we have good alignment and good communication and the General Manager at ND and the Contract Manager at Bibby are part of my leadership team, so they can actively p articipate in delivering the basics as well as shaping our future.

“They come to the leadership team meetings and are part of discussions with the rest of my Kellogg managers, we come together as One Team We don’t treat them as separate – they are an integral part of the operation. This helps with best practice sharing, and in making sure we are aligned on what needs to happen – this way we have one goal too.

“The benefits are clear, they are experts in their field and what they can do is bring the outside in; it is very easy for any organization to become inward facing, and you don’t know what you don’t know. I see the expertise and value available within these individual organizations as an extension of our network.”

Another important consideration for the company is its s commitment to the environment and sustainability.

It is a member of various sustainable transport groups and organisations such as the Food and Drink Federation, through which Kellogg’s is committed to reducing water waste and CO2 output.

Kellogg’s Distribution recycles all card and liner, is looking at recycling rain water for use in truck wash, uses motion sensing energy efficient lighting in its warehouses and has tried and tested a solution which exploits insulation over refrigeration methods for shipping its food products. The company successfully carried out a project with the aim of saving energy and money through its refrigerated container processes for certain ’heat sensitive’ products that may be affected by travel to warmer climates.

Under trial conditions, probes were placed in the containers to measure the temperatures as they travel. This showed that while the middle of the container was cool it became warmer towards the outside.

A cross-functional team consisting of Kellogg’s Distribution andMediterranean  Area Customer Services worked with customers in Greece, Cyprus and in the Middle East devising a process which now allows orders to be shaped into containers so that one third was heat sensitive product and the remaining two thirds was not.

These are loaded on standard containers but the technique involves the heat sensitive product being cocooned in the centre of the container with the other products around it.

This, said Shaikh, means no need for costly, energy-hungry reefer units, which is better for the environment as well as costs. 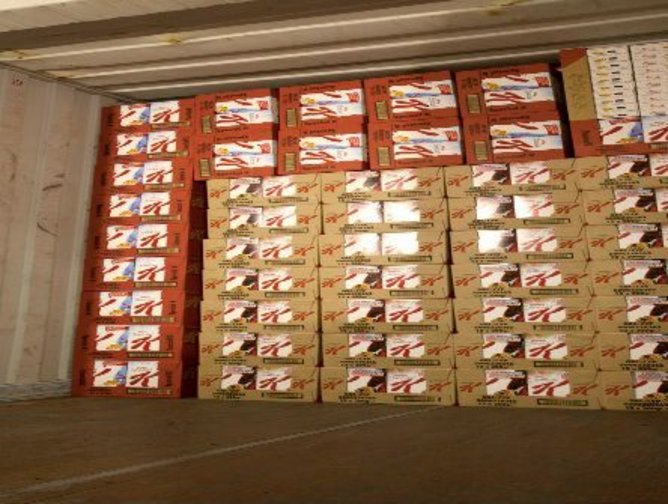 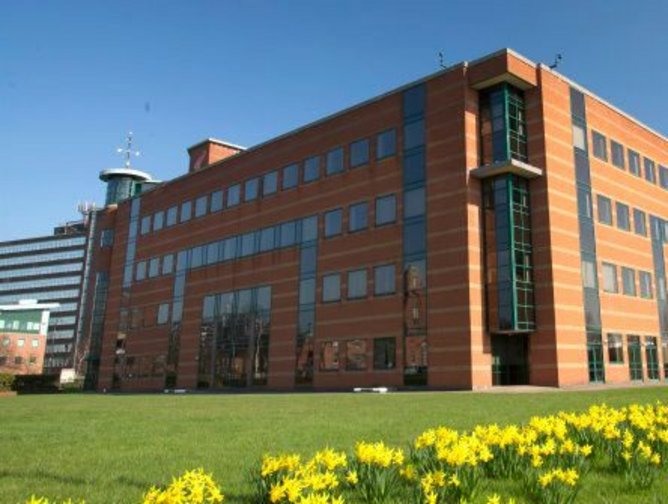 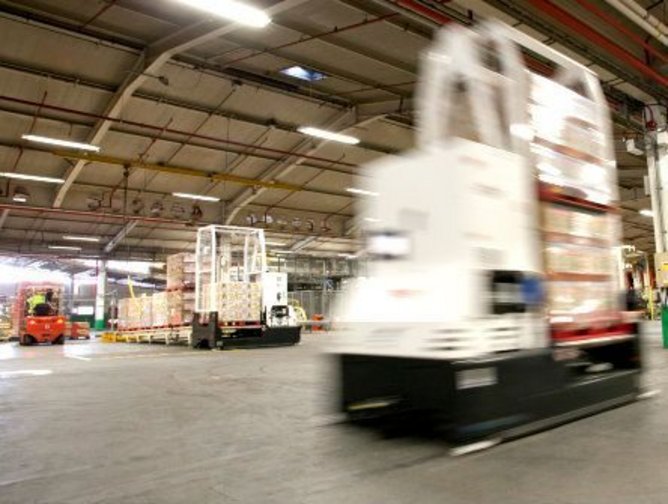 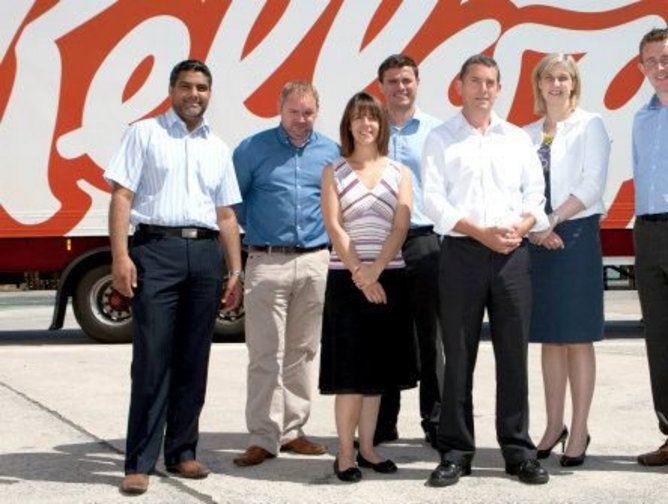