In the face of a decline in its market share, Kuwait Airways is rolling out major changes in order to deliver a renaissance in its fortunes; it has been able to significantly reduce losses while undergoing a substantial rebrand and is investing KWD16 million on IT infrastructure and is upgrading its technological support.

CEO Abdullah Al-Sharhan admitted that his company’s market share was a concern for him and his management team but, ultimately, he remained confident, he said: “We used to have a share of about 55 percent in the Kuwaiti market but this declined to as low as 18 percent; we have now recovered to a little above 20 percent with the introduction of our new fleet with on-board services and new entertainment systems.  “The new personality of the airline is bringing the customers back; a lot of Kuwaitis are still very loyal to the airline, it’s just that we have to make sure we evolve steadily in order to win more of them back. What we have recently completed is already having a really positive impact on our market share today.”

“We have also gone recently through a privatisation exercise and have increased our revenues by about KWD20 million during 2014: some of this has been market driven, and some has been achieved through better marketing tactics.”

In the case of this business, the numbers show that the time, money and effort invested in turning the airliner around have not been wasted, Al Sharhan said: “Financial performance has improved; we have cut our losses by 50 percent both in 2013 and 2014 and we hope to finish 2015 with a further cut. Simply, we have improved revenues while cutting costs.”
Kuwait Airways is poised to make gains once the new KAC terminal is constructed at the Kuwait International Airport in 2016, This new terminal has been allocated to Kuwait Airways by the Supreme Council of Aviation in Kuwait, and will be the KAC home until the ultimate T2 Terminal is built in five to six years.

Al-Sharhan said: “We have collaborated with the Civil Aviation Authority of Kuwait, and they have allocated us four gates which is a perfect opportunity to represent Kuwait Airways’ new personality to our customers.”

Kuwait Airways has a fleet of 26 aircraft which provides a crucial link between the East and West; Al-Sharhan added that the airliner was looking to modestly expand into tourist and technology destinations to increase its international coverage, which included flights to Munich, Vienna, Istanbul, Sharm el Sheikh, Bangalore and Ahmedabad in 2015.

Using better, modern aircraft is a simple but significant part of the company’s ongoing shakeup, Al-Sharhan said: “We are in the process of phasing in new aircraft and phasing out some old aircraft. We are phasing in A320ceo’s and A330-200 aircraft; we are phasing out 8 aircraft by the end of the year, which are A310s and A300s. We have signed with airbus for 10 A350-900s and 15 A320 neos to be delivered starting 2019.”

Although replacing old models with newer ones does play a role in the company’s rebranding efforts, it has a more practical application: “Through using new aircraft we have improved schedule integrity this year because the old aircraft were having sudden failures and caused delays and therefore decreased integrity; we have seen an improvement in dispatch reliability,” Said Al-Sharhan.

“At the same time, we are revisiting our business plan during 2015, this review will concentrate on the route network requirements and potential new destinations for the next 5 years, based on feasible and viable expansion.”

Developing strategic relationships has been key to moving the company forward in recent years and, when the pressure began to mount as a delivery deadline approached, has proven to be invaluable. Al-Sharhan said: “Airbus was cooperative throughout the whole process; we went from specification to construction to runway in 9 months. Our Engineering, Operations, Entertainment and content teams were working virtually round the clock to meet the delivery targets of the fleet. Had it not been for the cooperation of all parties, the delivery would not have materialised on time.”

Al-Sharhan and his management team recognise that Kuwait Airways employees are some of the most talented and hardest working in their industry; their achievements are frequently recognised through various gifts, prizes and awards, ranging from small details through to the loftiest efforts.

The company was also recently presented with the opportunity to take part in an exercise which saw many members of its staff engaged across all aspects of the delivery process. Al-Sharhan said: “Employees that has took part in this exercise came back with a wealth of experience; they improved their understanding of documentation and technical acceptance, as well as negotiating different aspects of delivery agreements.

“It involved employees in both technical and legal aspects; they come back into the business and shared these new experiences with other employees. They became technical experts in the aircraft that we use; they even know how the aeroplanes were built.”

“We’ve had proposals from some outsourcing companies to provide similar services. We were approached by some of them but I would not miss out on the opportunity to train my own people and tap into this wealth of knowledge.”

Kuwait Airways also recognises that its future success lies in the youth of the nation and already the company is aiming to capture their interest by offering opportunities to those who wish to get a flavour for how the company operates. Al-Sharhan said: “As well as supporting youths that do voluntary work for the community, we bring in high school students on an annual basis and give them uniforms and let them behave like employees as much as possible. For many working for Kuwait Airways is a dream that could very well be achieved in the future.”

Alongside rebranding is a commitment to invest in enhancing technology across the board in order to increase efficiency and deliver a truly world class service to an international customer base. Over the next five years the airline will be upgrading everything from switching, communications systems, wireless internet, various management systems and computers, to laptops and printers, scanners, as well as both local and international communications systems.

Al-Sharhan explained: “The business side that is being revolutionised so will the IT side; we will bring in the latest technological developments, such as revenue management and network planning systems.”

He added: “The revenue management system will let us know exactly where we stand financially; we will know how our destinations and operations are performing through real time reporting. One of the factors that leads to being a leading airline is having automation across the board in most of the departments that we operate and the systems that we use.”

Kuwait Airways is a living example of how the timely implementation of technological solutions can make all the difference for a company looking to compete globally. It is telling that the company is actualising its desire to become more prudent financially with the relevant IT automation.

In the face of much adversity, the company has tackled its past challenges and is now actively laying down a framework for a truly international airline, Al-Sharhan was confident that his vision and the capabilities of his staff would bring Kuwait Airways into more prosperous territory. He concluded with his calculated strategy for the near future: “Over the next few years we will have the new fleet and the rebranding fully in place. I expect us to have about 30 percent of the Kuwait market share. I will be increasing destinations, both east and west, and want Kuwait Airways to be the favoured airline for the entire Kuwaiti population.” 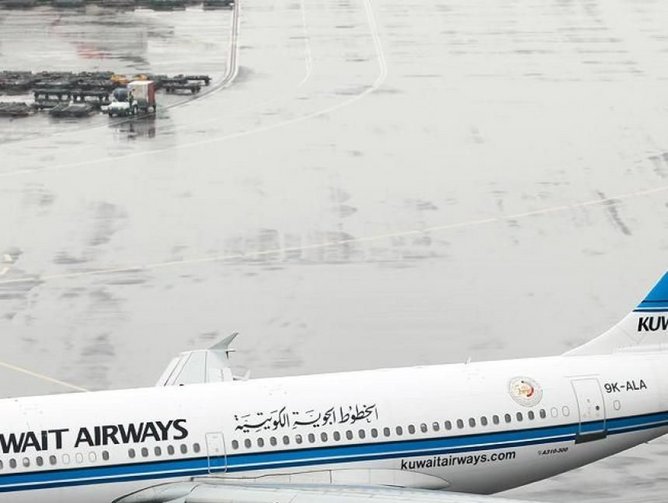 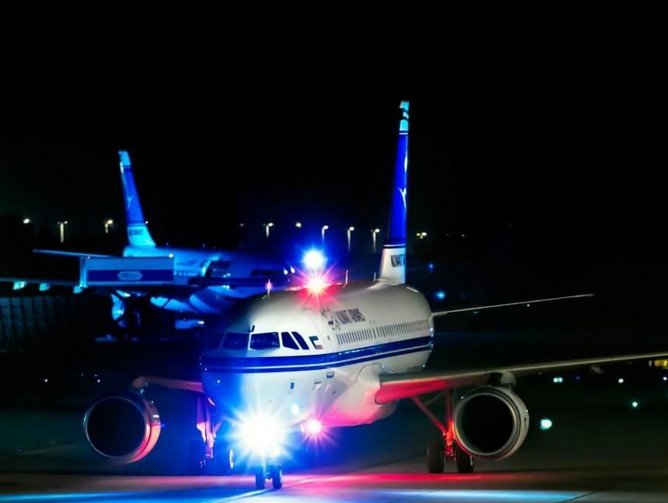 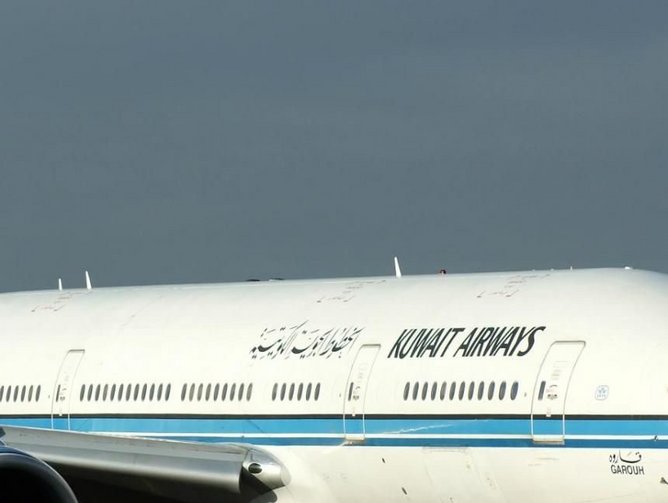 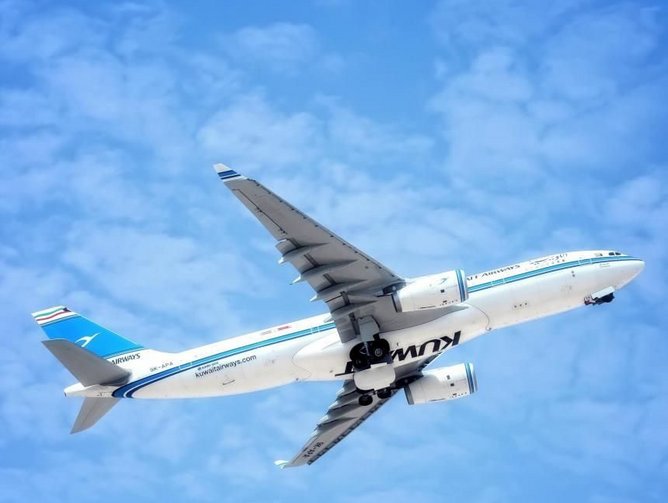 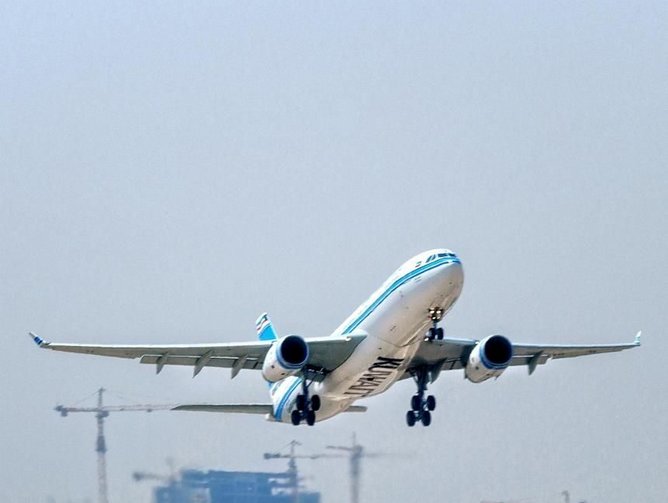 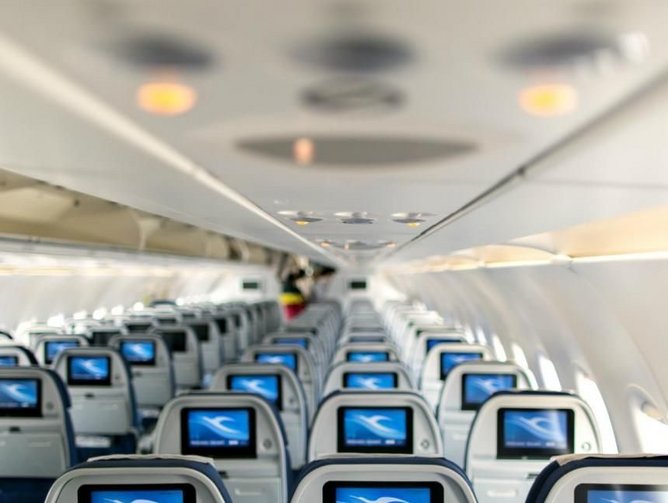