Lake Turkana and the future of Kenya’s energy landscape

After nine long years of negotiation and preparation, 2 ½  years of construction including the installation of 365 wind turbines, the end of the incredible Lake Turkana Wind farm journey is just over the horizon.

In June 2017, the 310 MW capacity Lake Turkana Wind farm will be ready for full commercial production. The goal? Providing the whole of Kenya with low cost wind power to the national grid equivalent to around 16 percent of the country’s current installed electricity generating capacity over the next 20 years.

A moment of celebration surely, as the single largest private investment in Kenya’s history, but for Phylip Leferink, General Manager, and everyone involved in the project, the end of this journey is really only the beginning.

“When we finish and Lake Turkana is online of course there will be some celebration, but we enter a new phase. Construction work may be over, but the work really is just beginning as we need to operate it over the next 20 years.”

Everything has a beginning

Leferink has been involved in the project from the very start, working in a sales director role with Vestas, the turbine manufacturer that has provided all of the turbines for the project, as well as operating in a joint venture (JV) capacity.

“When construction started in late 2014, it soon became apparent that Lake Turkana Wind Power needed some additional experience, someone who knows the various elements in the construction of wind farms. They felt I was the right person to help bring the project over the finish line and into operations,” he says.

Leferink became General Manager in 2015, and through his work with Vestas he was best placed to fully understand the challenges that faced the company and more importantly, how to mitigate them.

The location of Lake Turkana Wind Project is no coincidence. The area has been known for many years for its incredibly strong winds that swoop through the Kenyan Rift Valley, a “fantastic wind resource”.

“The Lake Turkana Wind Power project is in a truly unique environment, with a unique wind resource. This whole process is the culmination of a project on a scale that has not been done anywhere else in the world,” says Leferink.

But a fantastic wind resource is only one small element of the project. Lake Turkana is an isolated lake in northern Kenya. This presented a major challenge that needed to be overcome in order to push forward with the project - accessibility.

The lack of solid infrastructure pushed the project back into what Leferink describes as akin to an “offshore operation”. The assets required for the construction of the project, including some 360+ wind turbines, were shipped in to the port of Mombasa – the closest port. These assets, some 1,600 components, were then transported 1,200 km to Lake Turkana.

“The existing roads quite simply were not good enough, so we upgraded some 208km of road in order to make it accessible,” he says.

This lack of infrastructure created a real sense of risk with Leferink understanding that without a smooth supply chain the project would not be delivered on time, if at all.

Smoothing out the supply chain

Fast forward to 2017 and Leferink can proudly point to a zero loss in time throughout the construction of the project. The secret to this success? Identifying the supply chain risk from the very beginning.

“The value in identifying the logistical risks, mitigating them and planning for them accordingly, proved to be instrumental,” he says.

A project of the size and scale of Lake Turkana Wind Farm can only come together through the successful collaboration of a number of key partners and contractors, each working on specific elements of the construction of the wind farm.

The power of partnerships

The final project, switched on and operating, could be considered the biggest achievement, but for Leferink, the successful and smooth interfacing of all the separate contractors and elements have been the key success criteria.

Lake Turkana Wind Power invested in the services of Worley Parsons to act as the employer representative and manages the construction contracts.

“The interface management has really been exceptional in scheduling and planning of work, so if a contractor were to fall behind, which is inevitable in this field, you can look at how we can bring it back on track,” he says.

“You keep a daily watch on the scheduling to ensure that nothing goes by without noticing, even if the smallest of changes happen you are on top of it almost before it happens.”

The partners involved in the project have been influential, from Vestas as the turbine manufacturer, Physical building the local access roads, Siemens facilitating the substation and collection grid, RXPE supplying the STATCOM system and SECO, which built accommodation to house all of the contractors on site.

The power of the people

There is one partner in particular that Leferink feels is the biggest partner – the local community. Lake Turkana Wind Power has strived since the very beginning of the process to prioritise local employment in every aspect of the construction. Prior to Lake Turkana Wind Power’s investment in the local area, it was scarcely populated with little to no economic development whatsoever.

“We are very committed to supporting local development of the area to make is as sustainable as we can,” he says.

“The local employees we have employed will benefit from liveable pay, training and development so that when the construction is complete and they move on, they do so with the skills and capabilities to attain future work.”

To date, Lake Turkana Wind Power (directly and through its contractors) has employed around 800-900 local employees out of the 1,700 people working on the project.

Local employment is not the only visible benefit brought upon by the project. Through a commitment to sustainable development of the region, the company invests in a 20-year programme to provide infrastructure to the local area through the building of schools, health facilities and water provision.

The importance of being a good corporate citizen is something that Leferink does not take for granted. The project represents an opportunity not only to benefit Kenya through clean low cost energy, but also to change the lives of the people in the local community.

“A lot of the positive local developments happening in the area are largely incentivised by Lake Turkana Wind Power,” he says.

“We believe a harmonious relationship with the communities around us not only benefits them but it helps in the development of the project.”

As a private investment, Lake Turkana Wind Power does not rely on any Governmental funding, but Leferink is keen to highlight the important role that the Government has played and will continue to play in the success of the project.

“The Kenyan Government has been so supportive of this project from the start, the appeal of the project and the size of it makes it such an attractive development,” he says.

This is evident in the significant role of Lake Turkana in the wider Kenya Vision 2030. Launched in 2006, the Kenya Vision 2030 is a vision of transforming Kenya into a ‘newly industrialising, middle-income country providing a high quality of life to all its citizens by 2030 in a clean and secure environment’.

The vision is built upon three pillars; Economic, Social and Political. The vision looks at large infrastructural developments in order to achieve its ambition – and Lake Turkana was well placed within that vision.

“Kenya has a large energy landscape, which is quite unique both in Africa and on a global scale. You are looking at a 40-50 percent generation that is purely renewable energy,” Leferink explains.

“In the bigger landscape, Turkana is quite fitting with what the government is trying to achieve in the long term – cheaper, cleaner energy,”

With construction nearing completion, all eyes are firmly set on the future. Working closely with its partners, Lake Turkana will closely monitor the performance of the wind farm over the initial 8-12 months. This will allow the company to overcome any teething problems from an operational perspective, enabling a smooth functioning facility for the remaining years.

“There will be a certain sense of emptiness when construction is over as the people will change and new teams will come in. We’ve had a strong relationship with all our contractors and we will feel sorry for when the end is there. But at the same time, we have accomplished what we set out to do and the next stage is upon us.” 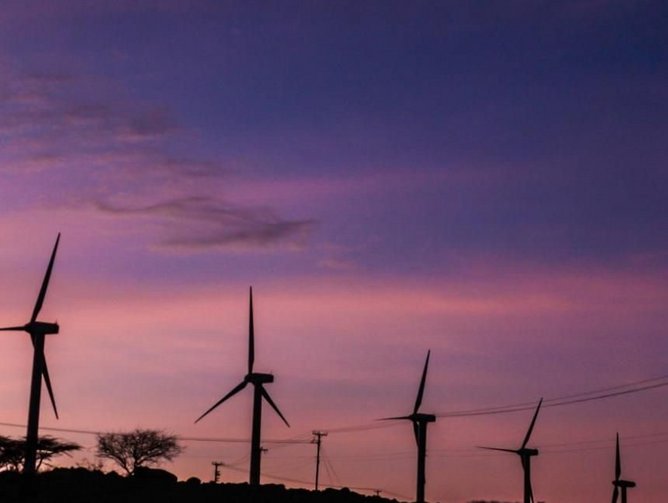 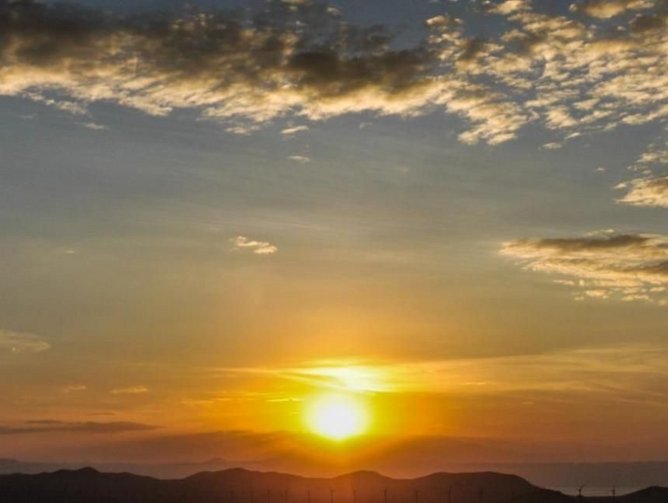 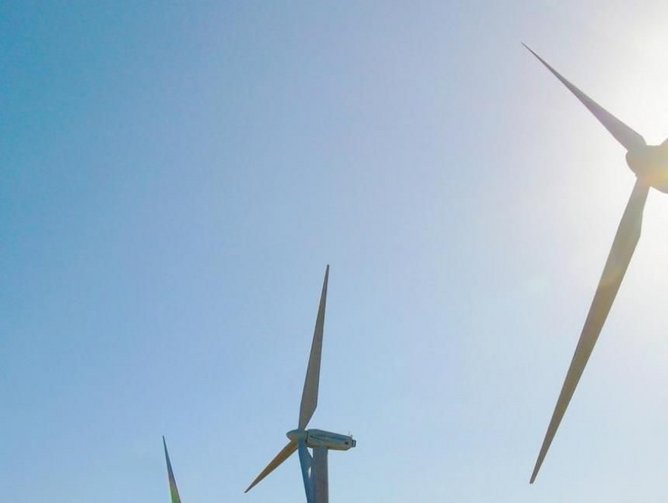 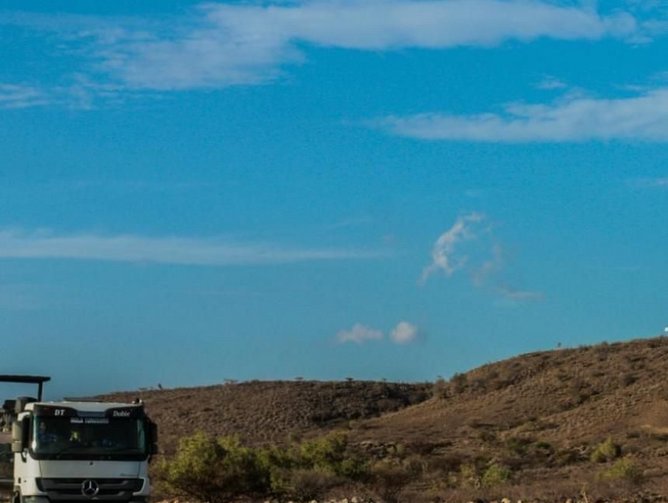