Leaders in the Balkans

Starting off as a commodity trading company in 2003, Mineco soon expanded its operation into base metal mining and the smelting and refining of metals. It currently has three lead and zinc mines in Bosnia and Serbia – Gross, Rudnik and Veliki Majdan – with a further two projects under development. In Russia, Mineco owns the largest lead refinery in the country.

The Balkans has a rich history of mining; mines opened by Romans in the 2nd and 3rd centuries AD still operate in Artana and the Saxons mined extensively across the region (locally, Gross is known as ‘Sase’ in recognition of its origins as a 14th Century mine). Modern, industrialised mining was started by the Austrians and by the 20th Century the copper mines of Bor in Serbia and the Trepca lead complex in what is now Kosovo were among the largest operations of their kind in Europe. However this proud tradition of mining was dramatically interrupted by the breakup of Yugoslavia, the ensuing civil war and international economic sanctions, as Mineco’s Operations Director Dominic Roberts explains: “Unfortunately the ramifications of the civil war in the early 1990s are still felt today in many areas. All of our mines suffered to some extent in the war, particularly Gross and Veliki Majdan. Gross, for example, stopped production in 1990, it did restart in 1998 but by the time we acquired it in 2005 it was in a terrible state of repair and was running at a fraction of its capacity.” The mine is located in the Srebrenica district of Bosnia, near the Drina river. “We are the largest employers in Srebrenica with 530 people working at Gross mine and the established convention in mining is for every one direct job, you create four indirect jobs. We are effectively responsible for two and a half thousand livelihoods in a very small community and our local position is amplified by the absence of the other large employers that operated during Yugoslav times. Moreover, Gross is a model of corporate social responsibility, providing valuable support to local educational, sporting, cultural, environmental and social programmes and events. All this has generated a strong sense of pride among the staff and management of Gross and Mineco as a whole,” Roberts says. This is a big part of Mineco’s role at all of its projects – initially stabilising operations, followed by a programme of investment and modernisation to realise full capacity while becoming an important part of the local economy and community.

Roberts explains: “There is nothing we take more seriously than our commitment to our key stakeholders, the communities and environments which we serve.” Across its projects Mineco works hard to improve the environmental and social aspects of its operations. Gross mine has become a regional centre of best environmental and waste management practice. A recently completed $2 million investment programme has ensured the tailings dam not only meets local legislative requirements but those of the voluntary Equator Principles set by the IFC & World Bank. Earlier in the year the mine hosted the first environmental and waste management conference held in the Balkans for over 20 years.

“We continue to focus on improving the health and safety conditions at all our mines,” explains Roberts. “Continuing the model of creating centres of best practice, our Rudnik mine in Serbia is similarly a regional example of excellence. Serving as a training centre for Mineco’s staff as well as a case study for the wider industry. The General Manager of the mine advises the Government of Serbia on all matters relating to metal mining, but particularly on matters concerning occupational health and safety. An impressive achievement when you consider we are in a region where records haven’t traditionally been very good. Unfortunately, I am afraid, senior managers don't readily accept responsibility for health and safety issues so we’ve endeavored to change the culture and ensure that our managers understand that they are absolutely responsible, ultimately culpable and that the protection of the workers should come foremost in their day-to-day planning. It is also very rewarding to prove that with improved health and safety, productivity also increases through the decreased downtime associated with accidents,” Roberts concludes.

It’s worth noting that 99 percent of Mineco’s staff are locals, taking advantage of the region’s specialisms that existed before the war. Roberts says: “Yugoslavia had an enviable reputation for academic excellence. The education and university system produced some very, very good engineers. The issue is that, again due to the breakup and the civil war, a lot of that experience was lost in the consequent diaspora. The engineers that stayed unfortunately lost access to at least a decade of technological advances by the rest of the mining world.” Mineco is working hard to modernise its operations wherever practical, ensuring they will comply with international best practice and educating its workforce on the technical advancements that have been made around the world. This goes hand in hand with the long-standing recognition within Mineco that its employees are, in fact, its most important natural resource, being ultimately responsible for the group’s growth and successes.

The new projects that Mineco is working on are also in the Balkans, and it’s a part of the world Roberts knows quite well, having worked there firstly in the army, and then using his geology degree and project management skills in the mining industry. And it’s an area that still has enormous potential when it comes to base metal mining. “We are Balkans specialists. It’s our part of the world. We know it and we understand it. There are still opportunities remaining in the Balkans as it is such a heavily mineralised area, however very few of the mineral deposits are of a scale or size that any of the major mining companies would consider. For us, it is the ideal market for a mid-cap, medium-sized company to operate and expand.”

Because of its complex political history, the region contains a number of brownfield sites that are still in public ownership, awaiting privatisation and regeneration. Roberts adds: “There are all sorts of legacy issues we have to deal with, but we know them and can navigate around them - that is one of our USPs. To a certain extent, it puts off the potential competition. They look at the perceived political and sovereign risks and are not prepared to take those on. Especially in mining, a sector that requires both long-term commitment and substantial investment. We feel confident to operate in a market where a lot of other people perhaps wouldn't.” The same perception has caused many international banks to stay away from providing mining and project finance, so mining companies need to rely heavily on their own resources. Ironically, this has only helped Mineco to achieve organic growth as it has had to re-invest the bulk of its profits into developing new projects.

Mineco’s next mine is Olovo in Bosnia, which is scheduled to open in July next year. “Olovo is a very interesting prospect. Unlike our other mines it is not a polymetallic sulphide deposit but rather a rare form of secondary mineralisation called cerussite that contains only lead. Olovo is a relatively small mine but its reserves of 1.7 million tonnes are very high grade. Its full operating capacity, in 2017, will be 150,000 tonnes a year,” says Roberts. Olovo is another particular good example of a refurbishing a mine that was abandoned during the war, standing inactive since 1991. But while there is nothing left on the surface, the underground workings remain. “We've finished rehabilitating all the underground systems and we're now in the final permitting stage for the surface infrastructure,” says Roberts. The mine will go on to employ around 200 people and bring substantial direct and indirect revenues to a community with extremely high unemployment.

Another development project is located in Bosilegrad, which is a lead and zinc ore body located in the south east of Serbia. “At Bosilegrad we have over four million tonnes of resources and we're currently undertaking all of the test work to design the processing plant,” says Roberts. Having already invested in excess of $11 million, production is planned to start in 2017 following a pilot plant next summer, which will be used to confirm the technical specifications of the full project. At approximately 1,400m above sea level, this high altitude mine sits in a very remote community in the mountains between Bulgaria, Serbia and Macedonia. Unofficial unemployment is currently over 50 percent so, as with Olovo, the commissioning of this mine will make a substantial difference to the local community, where we intend to employ about 250 people,” Roberts adds.

There are also two exploration projects underway, both in Bosnia. Roberts says: “The first near Gorazde – an antimony exploration project - and the second in Celebici, near Foca. As mentioned already, from our perspective in the Balkans, we don't need to commit to greenfield explorations, because there's such a complex history of mining enabling us to focus on brownfield opportunities. The Gorazde project is an adandoned mine and Celebici is the potential extension of an existing mine.” Roberts adds: “We are continuously conducting due diligence on other potential projects. And to do this we operate an in-house team that we call the PDT - the Project Delivery Team. A handpicked team of geologists and mining engineers who review and develop new projects for Mineco.”

The 15-member PDT operates from Belgrade and assists Roberts in evaluating potential new projects and developing those that get the green light. It is another element of Mineco that illustrates its specialism model. “The PDT is another internal centre of excellence. While the team are all locally recruited, in keeping with our employment philosophy, they have all worked internationally at some stage in their career and been exposed to best practice and different forms of mineralisation and mining across the world.”

Away from the mining operations Mineco continues its global trading activity. From its London, Zug and Moscow offices, Mineco markets not only its own concentrates, but also the output of a number of other mines in the Balkan region and across Europe and the CIS countries. Through a strategic alliance with the international commodities house, Ocean Partners, Mineco maintains a global trading presence.

Completing its vertical integration Mineco owns and operates the Fregat secondary lead smelter. Located in the Moscow region, it recently became the first Russian smelter to achieve registration of its products with the London Metal Exchange. “With the capacity to recycle 170,000 tons of batteries per year and currently producing some 35,000 tons of prime lead metal, it is the largest lead refinery in the whole of Russia – something everyone in Mineco is very proud of,” says Roberts.

Summing up, Roberts says: “Mineco is privately owned, with no external debt, a robust balance sheet and we enjoy healthy margins at our producing mines. We are ideally placed to take advantage of the opportunities that will present themselves over the coming couple of years. Investors reinforce their successes, and I am very confident that we will increase annual production by at least 50 percent over the next three years”. 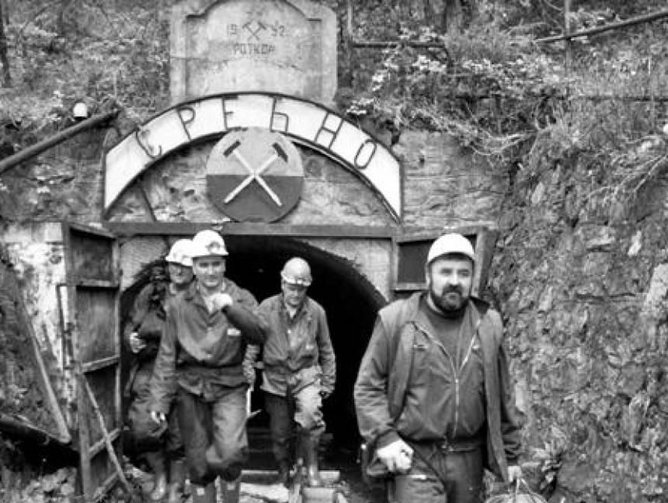 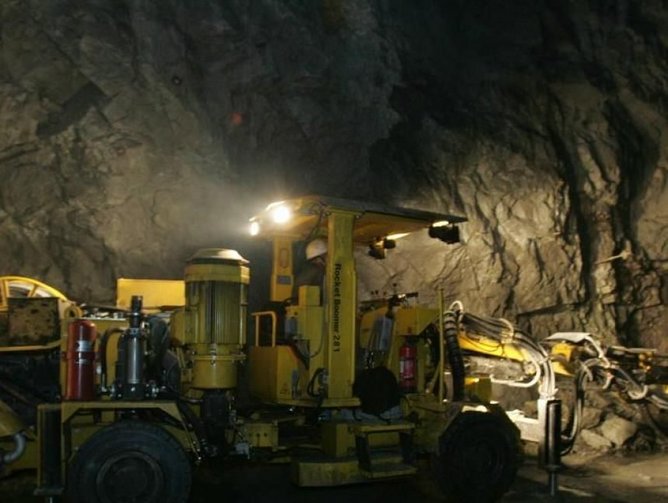 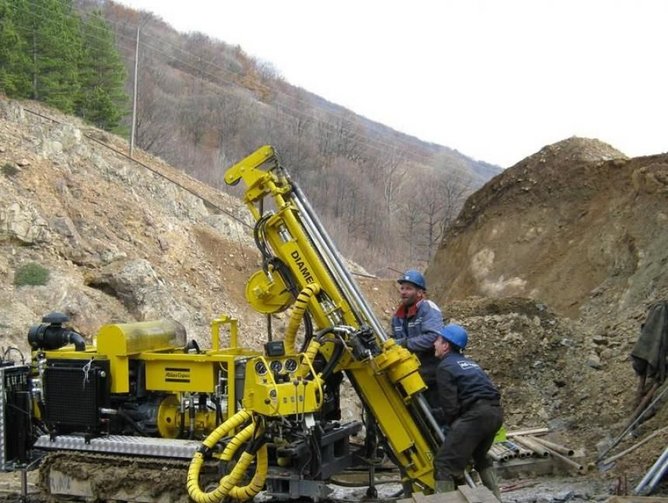 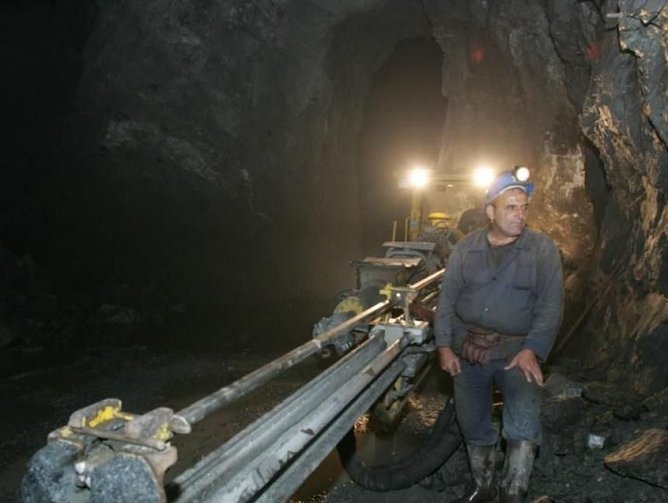 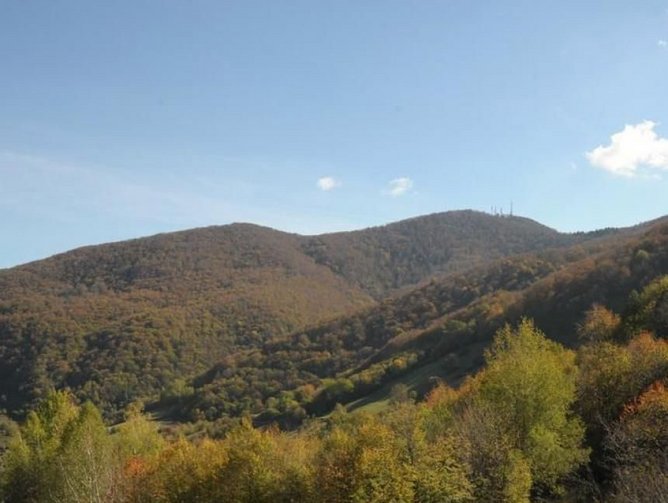 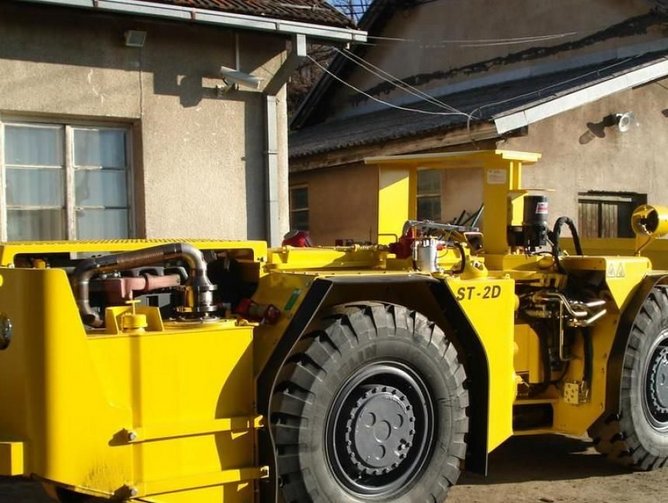 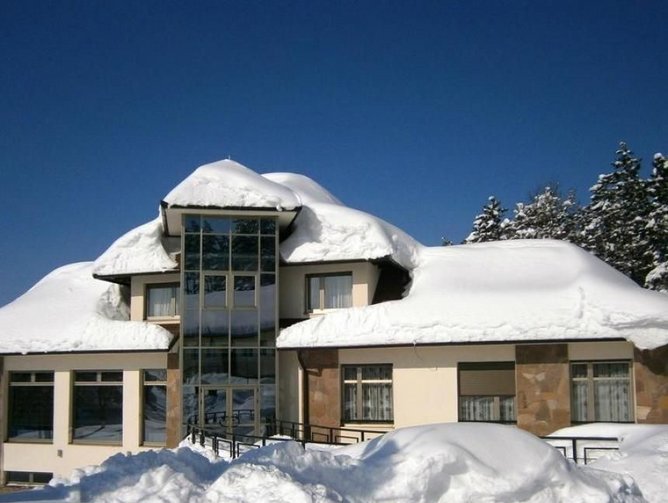 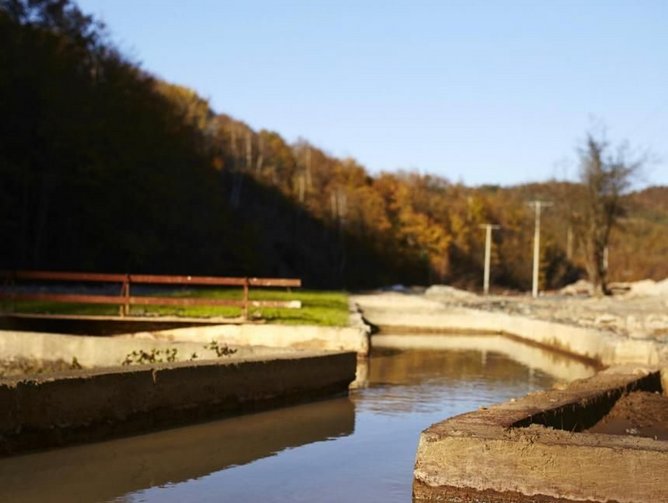 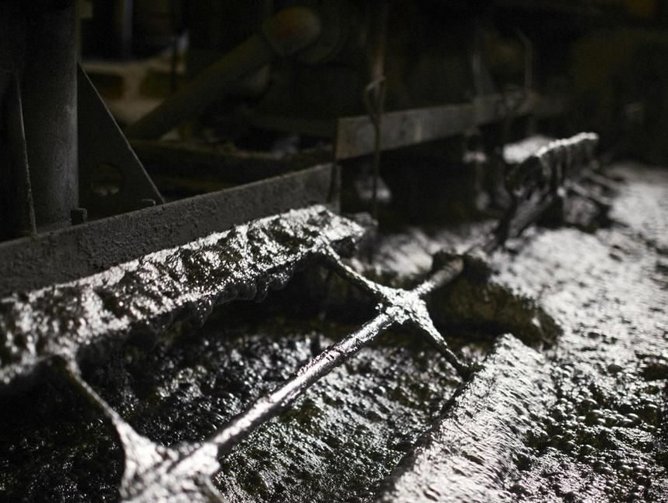 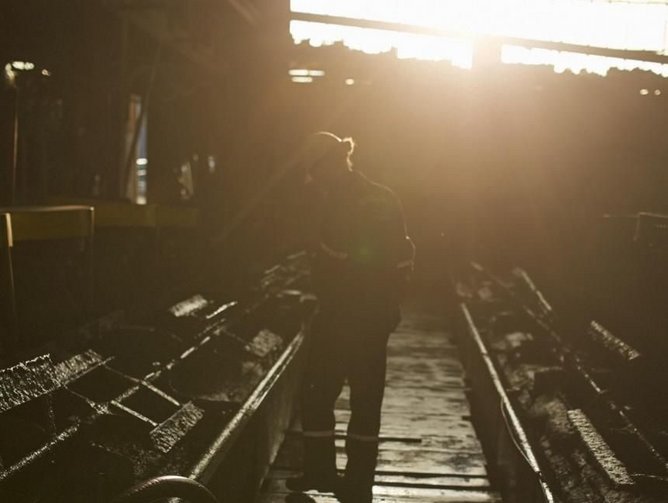 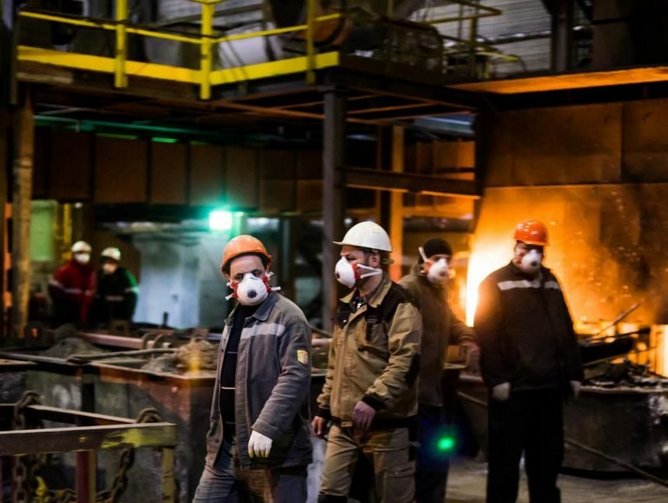