“At the moment, we have more demand than we can handle,” says Maarten Ectors, Chief Innovation Officer at Legal & General (L&G). But, for Ectors and his Future Ventures team, that is no bad thing. He, and the group of innovators he collaborates with, seek out and solve those most critical of business problems – and they answer them in weeks. Ectors has termed such challenges ‘Harry Potter problems’, the type of issues, he says, that “businesses and organisations have tried, and failed, to solve and don’t know who to turn to for a solution. The only course of action left is to go to the innovator that might hold a magic wand in the shape of new technologies or business approaches to solve the problems faster, cheaper and more effectively than anyone else. We’re that innovator.”

Ectors joined L&G in June 2017 as Chief Digital Officer with a singular mission: to make insurance smart and exciting with the aim of disrupting the industry. It didn’t take long; the company’s general insurance unit won awards for the most innovative home insurer and best claims technology solution – SmartClaim – of the year in 2018. That same year, he assumed his current position in the organisation, taking the same award-winning approach and building a team focused on solving business problems with the help of innovative technologies such as next-generation blockchain, AI, serverless solutions, mobile apps and chatbots, experimenting with continuous deployment and new business models, in collaboration with some of the world’s most disruptive innovators.

Key to the success of the L&G team over the last three years is the innovative mindset which Ectors brought to the organisation. Having previously held roles at businesses such as Nokia Siemens and Canonical/Ubuntu, he was highly experienced in innovation and technology, yet freely admits he had less knowledge of how to bring that experience to an incumbent in a sector that is more traditional in its approach.

“Can a 180+ year-old company be a fast innovator?” he asks. “Yes. Innovation is an attitude that you can easily teach to business, technical and support functions. Innovation, and our Harry Potter Problem approach is all about mindset. I joined L&G from a technology background. When it came to innovating, I’d previously formed startup-like groups, within which we would take specific problems or a new technology like cloud computing, create specialised teams and focus solely on those problems for weeks to come up with a solution. You don’t know what will happen after that time, and it’s a case of ‘you either do this and you do it well, or you don’t’. We never allowed ourselves a big budget, which means you can’t approach things in the normal way, and so have to find a way to make things work. This is the type of thinking we now embrace at L&G.”

This approach led to SmartClaim, an award-winning home insurance solution that integrates multiple data sources and combines technology and automation to simplify the claims notification, verification and validation processes. “At one of our first meetings, we sat with some of the largest brands and businesses, including Google, Oracle, IBM and Accenture, and gave them four key problems and a three-month exercise in solving them – one was around claims,” says Ectors. “The premise really was ‘let’s make it as easy as possible for an honest customer and as hard as possible for a dishonest customer’, and that became the first Harry Potter problem.”

Testament to the innovative spirit that drives L&G, a solution was in production within a remarkable six weeks. Graeme Findlay, Innovation Delivery Director, elaborates: “There’s a really nice dichotomy in the product from an insurance perspective, in making the act of claiming easy for the genuine and hard for the disingenuous. SmartClaim was born in just six weeks from start to finish, and that’s for a full serverless solution that is chat-bot based, uses AI and image recognition to validate the claims and learns as it works to improve fraud detection. The solution won the best claim technology of the year award last year and our Net Promoter Score (NPS) went from negative to 90, which is pretty close to perfect.”

The success of SmartClaim marked the turning point for L&G’s digital transformation journey. According to Ectors, the overriding sentiment in the business at that point, in September 2018, “was whether we could bring this approach to more areas of the business – the remit became ‘let’s innovate all over the company’.” The result of that remit was the development of the Future Ventures team, as Ectors sought to bring the brightest and most willing innovators on board.

This includes Future Ventures Director Peggy Loo. “The problem with established businesses is that any innovation is preceded by long cycles of planning, developing business cases and then implementing ideas years in advance. You actually want to get into the mindset of operating with a startup mentality and, through your innovation and technology, compete with them. What I saw very quickly is that the startup way of working – being really innovative, developing ideas rapidly and proving the concept early before further development – is how Maarten and Graeme were approaching innovation within L&G. It was obvious that it should be the way in which we as a wider organisation should approach all our projects. Think like a startup, fail fast, fail cheaply and keep innovating.”

Since, Loo, Ectors, Findlay and their Future Ventures colleagues have relied on the “very repeatable and simple” Harry Potter problem model to identify the key ‘problems’ for L&G, and seek out the opportunities to scale them up. Despite working within the confines of one of the largest insurance, pension and investment companies, the team is resolute in its disruptive mindset: “It may sound strange to some, but we really feel like a startup company,” says Findlay. “We have a modest fixed budget and culturally we’ve adopted a mentality whereby we move very rapidly, try and fail quickly, and we don’t waste time reaching decisions.”

Naturally, that mindset has resulted in the development of several innovative new products. This includes new Blockchain platform Estua(re), the first pension risk transfer execution platform driven by blockchain technology. Developed through the use of Amazon Web Services and recognized as a single ecosystem, Estua(re) is capable of driving each stage of the pension risk transfer reinsurance value chain, including pricing, claims handling, financial reporting and collateral using data that is stored on the blockchain. It will, says Matt Bannock, who is leading the blockchain delivery, “greatly reduce the workload of operating contracts and the use of smart contracts, will mitigate the need for reconciliation between insurer and re-insurer, and make it easier for L&G and its customers to interact securely. The system is built on the Hyperledger fabric, which is being supplied by Data Art.”

Similarly, the team is in the process of rolling out a new mobile app, first to L&G employees but with the intention of distributing to its customers. The Harry Potter Problem in this instance? “Our workplace pension team needed to enhance their mobile proposition to remain competitive in their tendering process,” says Ectors.

The driving force behind the app’s development was simplicity. “It collates a series of functions whereby people can interact with each other, and ultimately customers, into a single ecosystem where services complement each other,” says Loo. “You may wish to speak with a tech advisor or a financial adviser, for example, which in turn may lead you to considering options related to your health, employee share schemes or pension. Ecosystems are important. No one thinks of their life in a single, compartmentalised way anymore. All of our interactions relate to each other. For us, however, it was really important to create a single place where people can access everything they need to and suppliers can come on board to serve these customers and take it in their own direction. The solution is in early phases, distributed via employers and employees. It’s super scalable too – ultimately, people can fully personalise how they use the app. You have the ability to collate favourite services, products or content, or to develop it with a particular group or social club in mind.”

“We’re making the anti-Facebook app,” Ectors adds. “We don’t want people to spend a long time within it. If you are an employee and you need something done, you can log in, get it done and carry on being as productive as possible. It’s always all about ‘what is your problem, and how can we solve it in the most effective way?’. Whichever direction we take our innovation, it needs to be faster, cheaper and better. It’s the Netflix or Amazon mentality, strip away complexity and allow people to get what they want quickly and simply.”

Naturally, developing innovative solutions at the pace in which the Future Ventures team works, requires close collaboration with industry-leading partners. The team has a rigorous selection process, according to Sean O’reilly, Head of Technology Innovation: “We like to specify one of our Harry Potter Problems and to set it as a challenge for a number of potential partners in the shape of a five minutes RFI. We’ll expect a presentation on potential solutions in as little as week with a one to three minutes video on how easy our problem can be solved. Watching the video, we can discard solutions in five minutes. We afterwards collaborative develop the solution with our partners and ultimately spread it across the business. What’s really important from our perspective is that we don’t support people forever. We introduce the problem followed by the technology, but then take a step back and expect people to take it forward. Collaboration is key throughout the process.”

To date, the Future Ventures team at L&G has achieved spectacular results in a short period of time. It is rare to find such an innovative and disruptive mindset in large corporations but the spirit that Ectors and his colleagues embody is rapidly becoming more commonplace across the business. “I see innovation as something that you inject, and it spreads like a virus,” he explains. “It shouldn’t be bound by a team. It’s a way of creating a movement where everyone in the organisations comes together – moving quickly is always best if everyone looks at the same problem from different perspectives and meets at the final solution. We are bringing people together in the organisation to come up with the best possible solutions fast and more cheaply than anyone else. Innovation even spreads beyond company borders and changes relationships from suppliers to partners as we are seeing from our collaborations with the likes of DataArt, Amazon, Microsoft, etc. That’s what drives me and that’s what I want more of.” 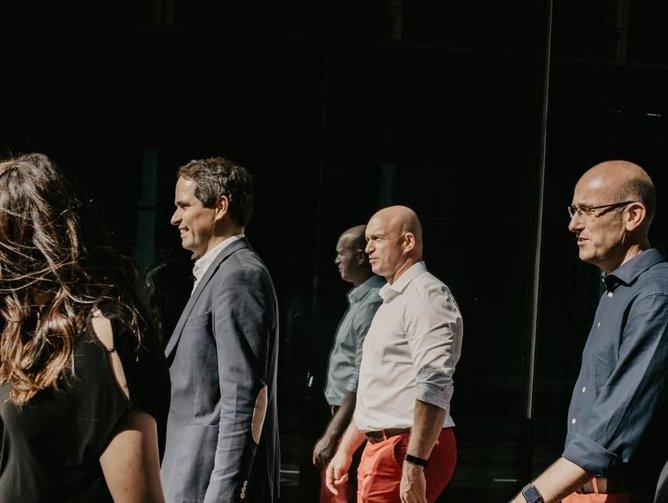 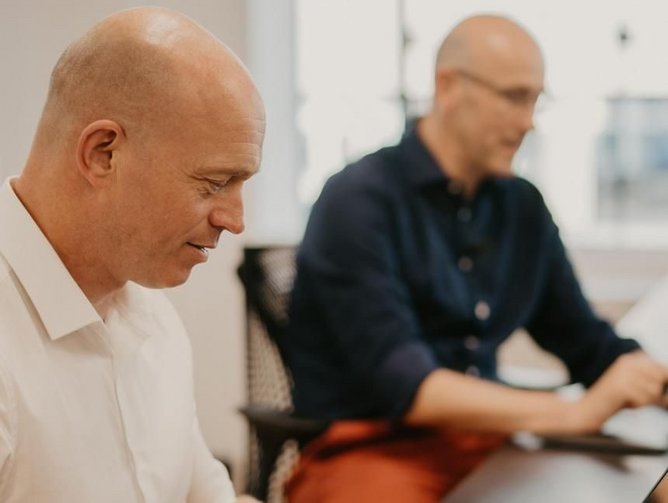 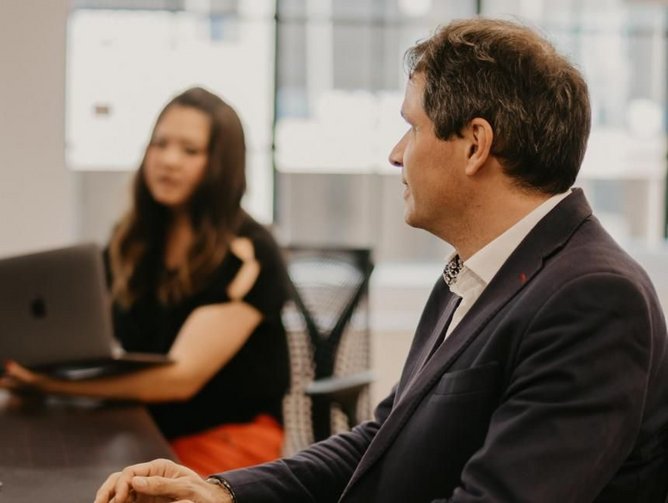 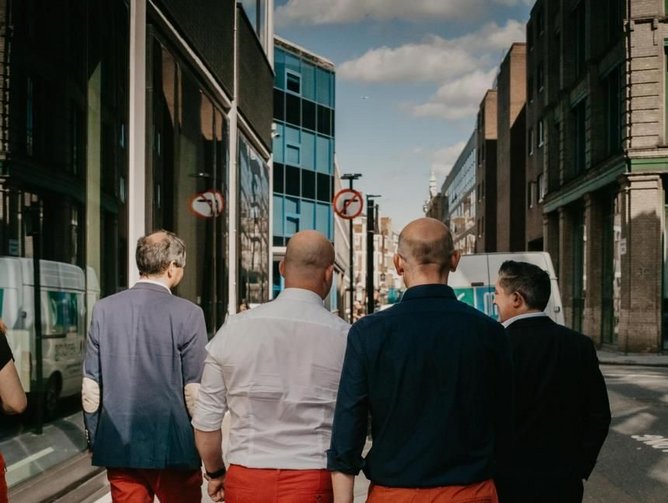 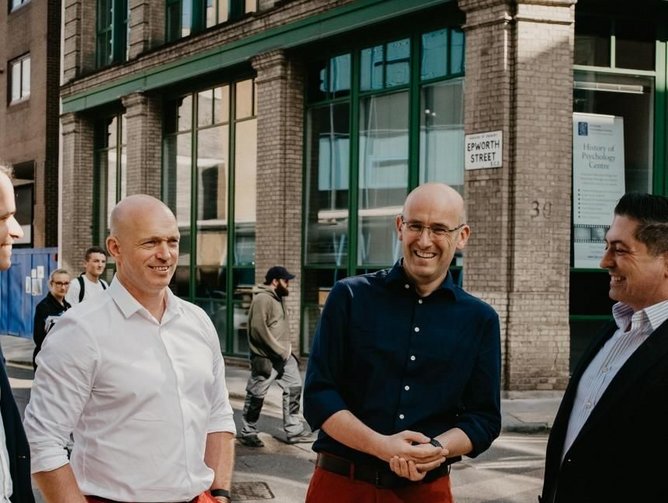 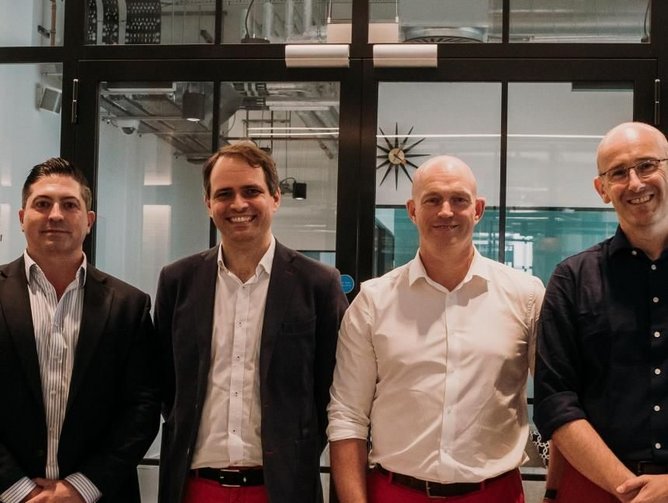