Craigie Stevenson started in the role as CEO around six months ago and says his move from a big multinational offers a ‘wonderful opportunity’ to be involved with a fast-growing local operation, which is a strong contender to telcos in the region. He says: “TNM is a solid operator on the ground. The service and quality are as good as any network operating in a highly challenging environment. So, that has been part of the allure for me to come into this venture.” He has been touring the country and getting aquainted with it, talking to people, developing relationships and understanding the market it operates in. “And I’m going out of my way to build confidence in my management team reminding them that they are world class,” he adds.

The challenging environment that Craigie Stevenson refers to includes the economic climate in Malawi, as he explains: “You've had a persistent problem with the exchange rate. I mean the exchange rate a year ago was 460 Kwacha to the dollar. It's now 740 Kwacha to the dollar. Malawi is a small country, with a population of around 17 million. It is primarily an agri-based economy which has created a number of challenges given the fact the commodity market has been hit hard over the last few years.”

The economic fluctuation is not the only issue facing TNM, there are also huge differences within the country when it comes to infrastructure. Craigie Stevenson says: “There is a very sophisticated environment in Lilongwe and 20 to 50 kilometres from here you transition into a rural, poverty stricken area that is agro based. The challenge is to strike a balance in these contrasting environments and to ensure we have products that talk to all market segments. It is important to understand the contrasts because this creates different capital expenditure demands – everyone wants 4G LTE but we can't do that over the whole country. This means that to get a village onto the grid, we need to listen to the customers in that particular area and provide the appropriate technology. In the past telecom networks have been exceptionally prescriptive in what they offer their customers and how it must work. The approach of listening more to what customers need is going to enhance our growth. Our solutions have to be based on a number of different segments in the market and we have to cater to all of those.”

These conditions have certainly made Craigie Stevenson’s job more difficult, when it comes to maintaining margins, but TNM is thriving and has enjoyed incredible success in the past few years – with 42 percent growth from 2013 to 2014. He adds: “How do you continue a growth trend? It is a big concern. There is a persistently high inflation rate in the mid-20s and the cost of borrowing is in excess of 30 percent. The depreciation on the currency is well over 25 percent a year. It's heavy going here, but we continue to adapt and thrive.”

It does seem an extraordinary result set against such a complex backdrop and Craigie Stevenson is keen to highlight the many accomplishments of the company. “The success is attributable to a number of reasons, least of which being progressive thinking. We make sure things work and therefore offer a quality network. Also, having good, solid staff on the ground. We have a very well run local network that's owned by Malawians that can be as proud as any network in the world – we offer a level of service that you would get from any of the big four telcos here and that’s the thing that's the trend breaker.”

Craigie Stevenson points out how crucial telecommunication is for Africa, its role in boosting the economy and providing development opportunities. “I think the most exciting part of this whole thing is the fact we are an operator that is successful and locally owned. It's what makes that work. You can't underestimate the value of a local management team. I'm an architect. I'm not a builder. I'm responsible for making an environment that's conducive. That's the most important thing.”

The importance of his local management team and staff is a theme that comes up again and again from Craigie Stevenson, and he talks about how TNM retains its key employees. “The biggest poachers of your staff will always be the sectors that are the most profitable, so banks are the biggest problem for us. But, our staff feel a lot of pride in where they work. As an ex-pat, I make sure I’m here to understand the operating environment and to empower people and it's a very clichéd thing to say but people are our best assets. Local staff at senior and junior levels will always know more about what's going on on the ground than I do so it’s important to trust and let people try, fail and support them. Our local staff understand the culture, and the environment we operate in. I can’t walk into a country and understand its politics, its culture or anything like that. So, the chief commercial officer, internal audit and regulatory function, legal team, they’re all local people. And they understand the market, they understand the legislature, they understand what needs to be done. And more importantly, they understand the landscape they operate in. Now if I were going to walk in here and put no value on that, I’d be asking to fail.”

TNM currently employs around 730 people, from call centre staff to engineers and, in fact, the call centre has just been voted the best in the country by the Chartered Institute of Management. Craigie Stevenson says: “That was no mean feat; it was an independent evaluation of the call centre. I think we've got call centre agents that really care and that's been a big thing as well as, of course, understanding and speaking the local languages. As much as this is an English speaking country there are other local languages and we need to be able to communicate and address issues properly with our customers.”

So, back to the impressive growth figures, that Craigie Stevenson is confident are going to be continued for the next few years. Challenging the bigger players has really helped TNM to raise its game, he says. “We had to accept that we needed to adjust in order to operate at the right level. Customers are not going to in any way give concessions because we're a local network, and we wouldn’t want them to. So we went on an extensive capital investment program over the last two years. That was not on my watch. That was the previous MD who was very visionary in terms of understanding what we needed to be able to operate at the right level. Then we had to empower our processes, systems and people to be able to operate at a world-class level. The next thing was to get the relationships right with various stakeholders - suppliers, customers, investors, even competitors.”

Getting all this right was swiftly followed by communicating the message to the potential customers, a message of having pride in a world-class, locally run network. “We needed to make the customer understand that we have significant presence, that we are as good as anyone else. So if you land at Lilongwe airport, you will see that TNM is on par with Airtel because we are the only two big operators in that regard,” says Craigie Stevenson. “And then we can't be arrogant. We have to acknowledge where our flaws are and fix them. And we have to acknowledge our opportunities and pursue them relentlessly. So things like retail presence, brand presence, customer care development, product development. All of those things were imperative, along with rolling out the 3G network, moving into the 4G space. Those were the kind of things that we had to make sure we were at an adequate level. Our customers are not going to be forgiving if we can't do that.”

Going forwards, Craigie Stevenson says, the focus is going to be on ensuring the network quality is right and that innovation continues. “We are offering not just a voice call, but a number of other products moving into the ICT space. That’s going to be the place where we differentiate ourselves. Yes, Airtel, Vodacom and MTN are all going that route as well but the truth of the matter is we know the playing area better than them in some respects. We can exploit that to push for this growth.” 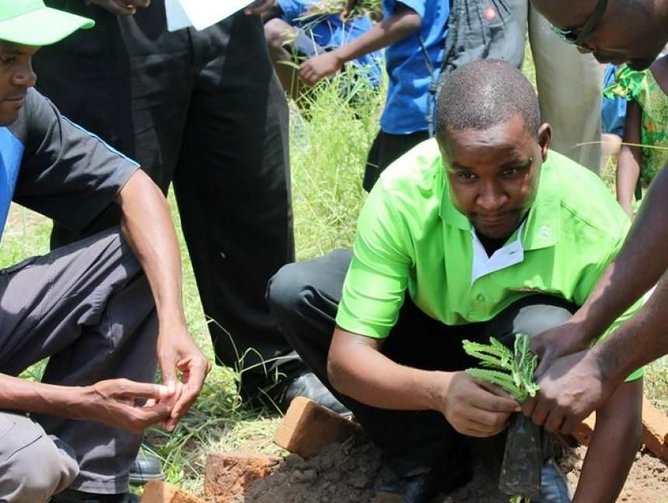 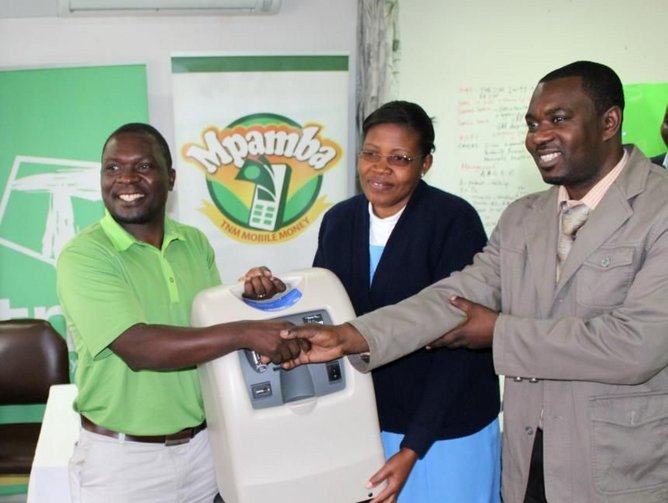 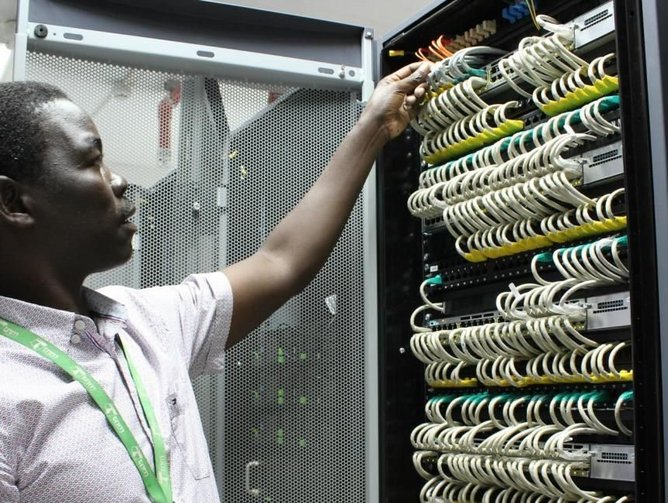 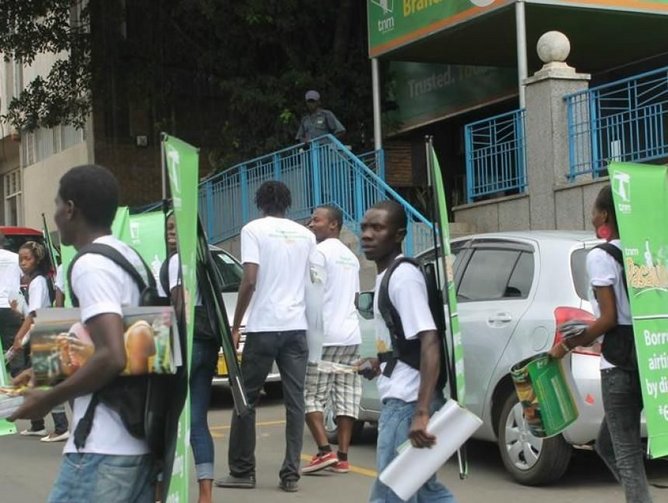 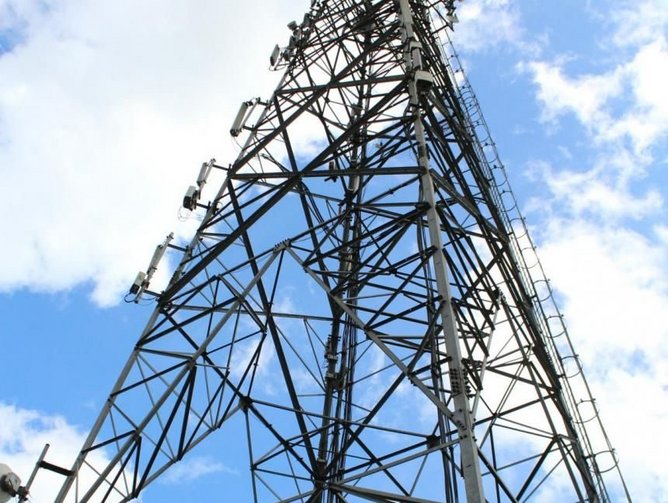