Logistics of the Levant

In 2004, APM Terminals signed a Terminal Management Contract with ADC, taking over terminal management and operations. In 2006, a 25-year Joint Development Agreement (JDA) was signed between ADC and APMT. Under the contract, APM Terminals Jordan was appointed to operate, manage and market Aqaba Container Terminal.

The joint venture signed in 2006 represented the first Public Private Partnership (PPP) initiative launched by ADC as part of its programme to rehabilitate and expand the port of Aqaba and the wider logistics and transport infrastructure within the ASEZ.

This is a model that Jordan has chosen to develop its industries and take full advantage of its pivotal role in the Middle East. This was emphasised by King Abdullah II when he opened the World Economic Forum on the Middle East and North Africa at the Dead Sea in May 2015 and presented his ‘Jordan Relaunched’ vision. A range of investments are needed, he said, in areas from agriculture and urban development to energy, transportation and water. In this context it is impossible to over-emphasise the importance of the container terminal, as it is the only one in the country, so the majority of goods entering or leaving the country come through Aqaba.

“Aqaba is already a key facility in the region and the preferred gateway for the Levant; we currently serve most of the world’s top shipping lines. The investments that ACT has been making over the past years are to ensure that Jordan and the entire Levant region have a proficient, efficient and professional terminal to support the Supply Chain.” says Jeppe Jensen. “The current political circumstances in the surrounding countries has made the market unstable with the borders surrounding Jordan being repeatedly closed.”

Since the 15th July closure of the Karameh crossing, 20 to 30 percent of transit traffic that used to flow into Iraq from Jordan has dried up even further, but in the longer term, as Jordan’s internal infrastructure improves and the security situation in western Iraq stabilises, the opportunities for Jordan and the region are positive. “However you look at it, we will be a natural partner in any transportation solution for Iraq.”

In the meantime, there are some comforts from the growth in Jordanian exports. With Jordan unable to export goods directly to countries like Syria and Iraq, ACT has witnessed a significant increase in export traffic, offsetting to some extent the downturn in import volumes.

It was in 2004 that APM Terminals, the Netherlands-based company whose network of 62 operations through 38 countries took over the management of the terminal. At the time, heavy congestion meant that vessels were experiencing significant delays to operations. Jensen explains: “We made some significant investments in our assets, fine-tuned the IT systems, trained the people and revived the terminal to an acceptable level within two years.” The 25 year build-own-transfer (BOT) joint venture was set up in 2006 and to date more than $300 million has been invested in the terminal.

Ageing equipment was replaced, and in the most recent investment of approximately $100 million, ACT has increased the quay capacity by 460 metres to 1,000 metres, along with increasing its yard capacity for further Rubber Tyred Gantry (RTG) stacking areas; this has resulted in a doubling of annual container capacity of the terminal.  Gantry Crane Moves Per Hour (GMPH) has also risen from 20 moves an hour in 2007 to 29 in 2013.

Today the company is achieving a consistent performance of up to 32 GMPH. “We have the opportunity to extend the quay by another 200 metres to the northern side of our terminal,” says Jensen. “We can also invest further in our yards where we have some opportunities to expand.”

To manage the movement of cargo through the terminal, ACT has been using Navis technology to increase capacity, optimise operations, increase efficiency and improve productivity. “We have recently upgraded to Navis N4, a very sophisticated and modern technology platform,” he says.

“We have great hopes for that. It will fine tune our operations in many ways. It will give better yard handling capabilities and reduce our truck turnaround times. A lot of efficiencies will come out of that which will result in an improvement in our productivity and of course enable us to meet our customer’s needs ”

These systems pave the way for an introduction of automated gates. In 2013, over 333,000 trucks were handled through ACT’s gates, and a modern automated system would considerably shorten processing and turnaround times.

“Another investment I would like to see made would be in a trucking appointment system.”

APMT’s business does not stop at the terminal. Aqaba Logistics Village (ALV), a subsidiary JV concerns itself with the logistics side of the business, warehousing and forwarding. In this business APM Terminals holds a 60 percent interest and Kawar Group, a local business with which APMT has been working for many years, the remaining 40 percent. “This business is also somewhat stalled by the situation in Iraq and we are anxiously awaiting some opening up of trade in that direction,” says Jeppe Jensen.

A ‘single window’ system is something he’d very much like to see from the authorities in Jordan. This allows shippers to submit regulatory documents like customs declarations, import/export permit applications, and other supporting documents such as certificates of origin and trading invoices at a single location and to a single entity. “That would hugely benefit the entire supply chain. It will also benefit us later when the Iraq trade is up and running if traders can easily transfer their containers across borders and only have one document that goes all the way through with the trucks.”

Nearly all freight traffic in Jordan is carried by trucks but rail links within the country and across its borders would be a huge step for trans-Jordanian trade, he believes. “One of the bigger investment proposals made by His Majesty King Abdullah at the WEF related to rail systems. With initial plans to implement a rail network from Aqaba to strategic service points around the country closer to Amman. With the final part of the project connecting those railways to the bordering countries.” The Jordanian Prime Minister Abdullah Ensour recently met a delegation from the China Railway Oriental International Construction Company, with a view to getting this project implemented.

ACT employs more than 1,000 people. Terminal operation is a technical business so APMT’s standardised training programmes come in very useful. All new employees on the operations side are put on a comprehensive training programmes. “We are one of the biggest employers in the area,” emphasises Jensen. “We have a high retention rate and we do well in our annual employee satisfaction surveys. On pay we are in the upper quartile in the country, and that also makes us a good place to work!”

ACT’s CSR policy stands on three pillars: education, environment and local community. “We focus on the Aqaba free zone area. We support many of the schools and students with equipment and scholarships. Our employees volunteer on projects to clean beaches and the like, which gets us closer to the local community. We aim to be a good corporate citizen, and a responsible investor,” Jensen insists. Projects include support for the King Hussein Cancer Centre, and the continuing annual ‘Ekfal Taleb’ campaign, now in its fourth consecutive year, providing school supplies to hundreds of students in Aqaba and the surrounding villages.

Whatever the political situation in neighbouring countries, Aqaba and Jordan will be pivotal to local trade. The investments made by ACT, the improvements and best practices introduced, are all justified by the existing volumes of traffic. However,” ACT are here for the long term, as the business grows, our customers and supply chain partners know we will be ready to support them.” 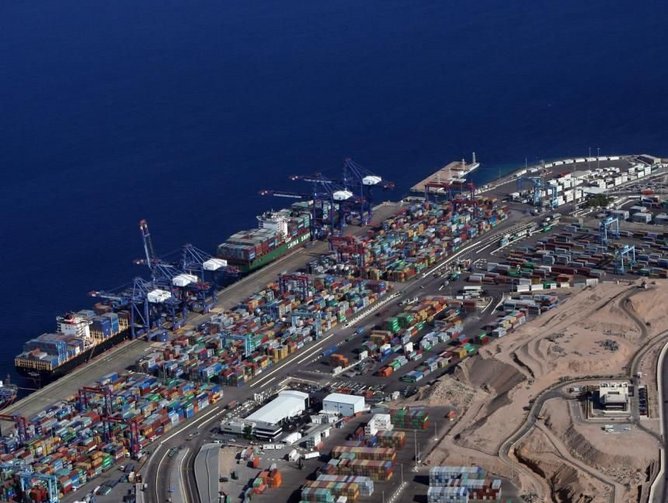 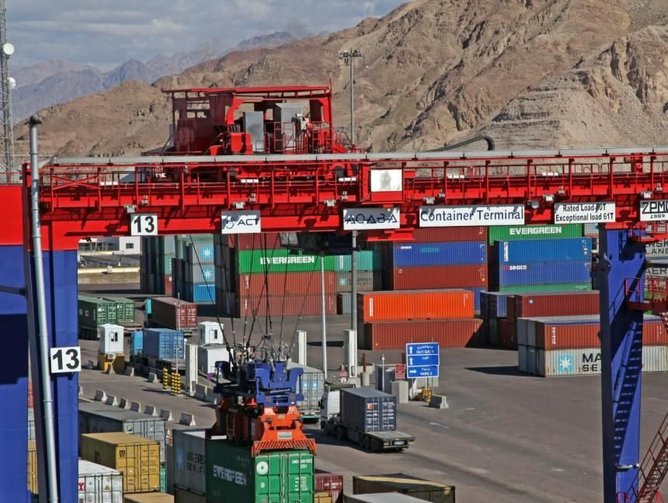 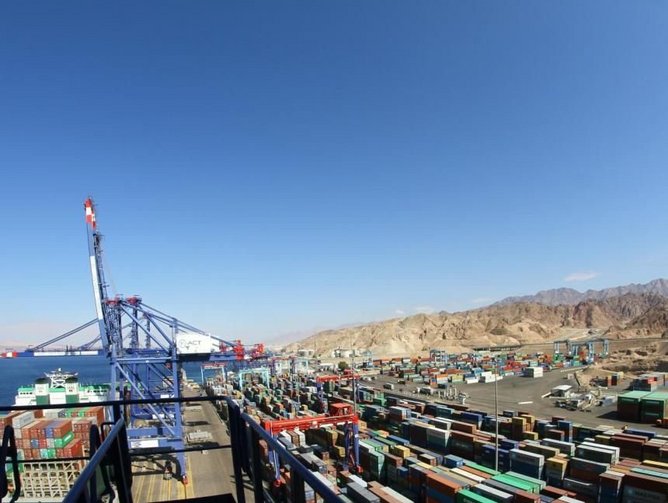 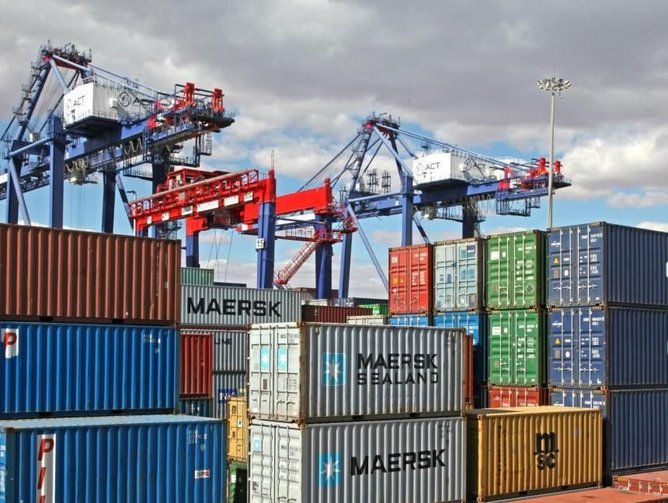 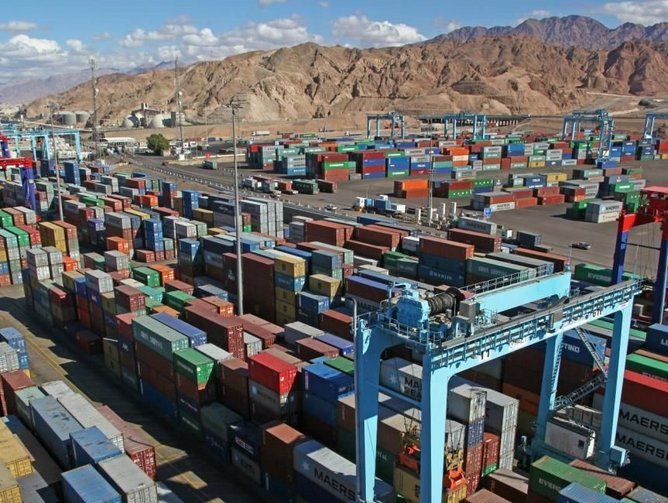 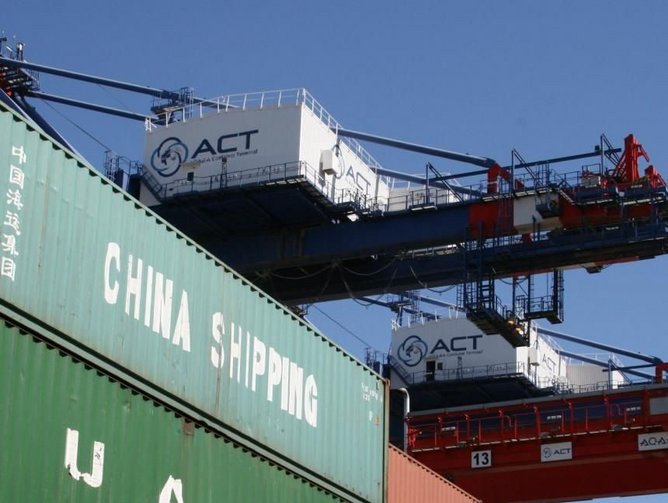 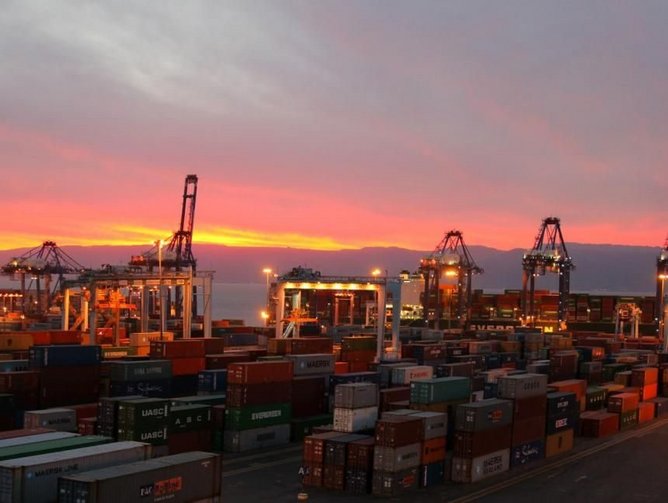