“My first day here, I sat there drawing an organisation chart detailing what I felt the company should look like in a years’ time – brainstorming what the core values of the company should be. I was the first and we now have 765 employees,” reflects Jay Andres, CEO at Mai Dubai. “As we hired people we worked to adjust that vision and our strategies. One thing was to think about how to be competitive, how can we beat our competitors.”

After a brief period of retirement, Andres relocated from the US to the UAE to help Dubai Electricity and Water Authority (DEWA) start Mai Dubai. “The CEO of my first employer here, knew my former CEO in the US and was asking around for people to manage his water operation. After nearly two years there, I joined Mai Dubai. I was the first employee in January 2013, and at that point, they were a brand name with a tender for the construction of a facility and nothing else,” Andres reveals.

Having been in the business for 31 years, Andres was an ideal candidate for the position. “I came up through the sales side and progressively got bigger responsibilities, which exposed me to all aspects of business. I moved around a lot and worked through a lot of diversity and challenges,” the CEO states. “And this helps me with Mai Dubai. The US is a pretty diverse culture, not too dissimilar from Dubai and this helped me prepare for the diversity here.”

With just a brand name and a construction tender in place, Mai Dubai took some time to launch. “It took around 14 months from my first day to the day we sold our first bottle of water. Now we have over 200 vehicles on the road. We’re exporting to 12 different countries and in the midst of an expansion that’s worth in excess of AED 600mn [US$163mn],” Andres explains.

Naturally, much of the export business is centred on the GCC. However, Mai Dubai has also sent its products further afield – to Singapore, South Africa and the UK.

Continued expansion is key to Mai Dubai’s plans for the coming years. “We intend that by 2020 we will have doubled in size” Andres adds. “The expansion will put us in a position that will allow us to compete with the three largest companies in the country in terms of production. We have to go out and sell it, not just produce it, but the expansion will help us on that.” Mai Dubai plans to expand production to 50mn units by 2020, up from 16mn last year.

With each resident drinking an average of 250 litres a year, the UAE is believed to have one of the highest rates of bottled water consumption in the world. Understandably, competition is intense, and Mai Dubai needed to differentiate itself in the market in order to compete with Masafi, Oasis and Al Ain.

“Water is by definition supposed to be tasteless, colourless and odourless. So, it’s difficult to differentiate. There is some nuance to taste, so we needed to get our formula right. But every decision we made was centred on how we can be different,” Andres reveals. “One of the big points of differentiation, and we know this through feedback, is our unique packaging. The goal was to mimic glass and our bottle looks like crystal and features our iconic skyline of Dubai image.

“We asked for it in red. There were sceptics, believing that red would symbolise danger or stop, and noting that our competitors are green and blue. We used red because of that. We have to stand out, it’s a cluttered field,” Andres continues. “Once we launched, we did very well. We asked store managers why we are doing so well, and they pointed to the fact it looks different. Customers buy it, try it and buy it again. A lot of our success comes from that branding.”

Another key factor in Mai Dubai’s success is the company’s commitment to quality. “Over the last two years we’ve received the highest quality score of any food factory in Dubai. When we opened we were very quick to gain regulatory approval and were recognised as one of the best and most efficiently run,” comments Andres. “We are trying to offer the best service and execution. Its challenging – when you grow as rapidly as we are, you experience a fair share of growing pains.”

To combat those growing pains, Mai Dubai has worked to embed a strong corporate culture within its operations. “We’ve tried to have a culture of being the ‘Employer of Choice’. We have specific plans on how to communicate to staff, motivate, recognise and reward them. We try in many cases to promote from within,” Andres states. “Our culture that we have created has been a true team effort, it’s given us a real competitive edge.”

Mai Dubai’s swift expansion has brought some unique challenges for the business. “Because of our rapid growth we ran out of capacity in terms of production. Therefore, we had to invest in additional machines early on,” Andres advises. “Our latest challenge is storage – we can produce the water but we need to move it out of the warehouse quickly and that causes issues in our efficiencies.”

Many of Mai Dubai’s competitors have moved into different beverage segments but the company intends to remain solely as a producer of bottled water – at least for the present. “Right now, we are focused on water. Many water companies deliver other liquid items, but we want to stay with our core business for now. As we start getting the brand equity and share that we want to achieve, we will look at other beverage and complementary businesses that can help the corporation grow,” Andres concludes. 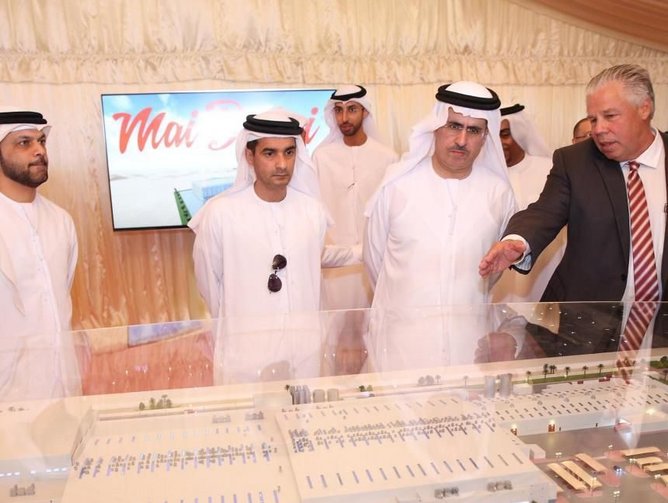 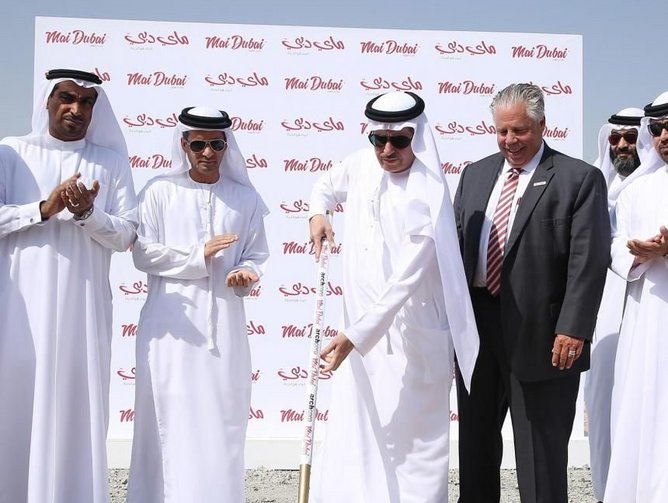 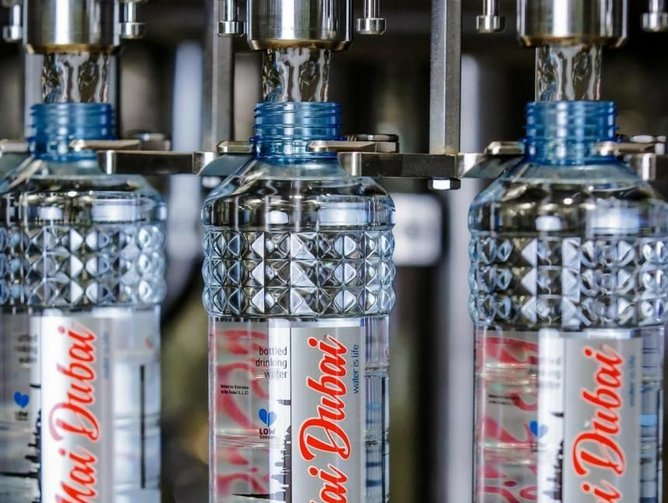