Managing infrastructure in an engineer’s paradise

In eastern Saudi Arabia, on the shores of the Arabian Gulf, the industrial city of Jubail continues to sprawl out into the surrounding desert. Growth has long been the norm in Jubail, which has held the title of ‘largest civil engineering project ever attempted’ and ‘largest petrochemical complex in the world’ for over three decades. In September 1933, what was once a modest fishing settlement made history as the landing site for the first team of geologists to search for oil in Saudi Arabia — needless to say, the town wouldn’t be provincial for much longer.

In 1975, King Khalid assembled the Royal Commission for Jubail and Yanbu (RCJY) to develop and execute an infrastructure plan which would transform the town, as well as the port settlement of Yanbu on the Red Sea, into the country’s premier petrochemical industrial cities.

Today, the population of Jubail has grown to almost 242,000 with no discernible signs of a slowdown in development. However, with expansion must come modernisation: to construct an efficient and cost-effective urban centre in the 21st Century, assets must be optimised to reflect advances in technology.

However, the Operation & Maintenance Sector (O&M), through five core departments; Roads, Buildings, Landscaping and Irrigation, Sanitation, and General Utilities are responsible for managing the city’s infrastructure assets and maintaining them to an acceptable operational service level. Faced with increasing expansion rates, aging assets and restricted budgets, it is believed that there will be a point in the near future where funding may not be enough to sustain the current service levels. A big change has to be taken.

As a response, RCJ adopted the concept of Infrastructure Asset Management in 2008 in the Buildings Department. Due to the absence of a local example and in order to manage the associated risks, the Royal Commission for Jubail (RCJ) decided to limit the project’s scope and conducted a three-year long pilot scheme. The Pilot Project turned to be a remarkable success, Productivity (closed maintenance orders daily) had increased 175%, Quality had increased 36%, Time to Fix had decreased 60%, all of that was achieved simultaneously as the cost, via optimization, had reduced 40%.   This was ultimately used as the basis for the decision to initiate an overall transformational program.

To support the transformation, and properly steer and manage the change, the Project Management Office (PMO) for Jubail’s O&M Sector was formed In 2014. Its responsibilities include managing strategic, sector-wide projects and programs, and acting as a think tank for RCJ O&M executives. Its main aim is to manage, support, direct the transformation program, and to adopt and standardize all Project Management operations of Jubail O&M to be in alignment with PMI’s methodologies.

The program, which will reorganise and reposition RCJ O&M as a world-class model for government public service provision, is in total alignment with the Kingdom’s recently announced Vision 2030 and Saudi National Transformation Program 2020.

Abdulrahman Al-Wohaibi has been assigned the role of manager of the RCJ O&M PMO. He and his team of change stewards, with the assistance of RCJ Engineering Department, recognise how critical their role is.

General manager of operation and maintenance in Jubail; Sultan Al-Khuraissi explains: “in 2011 we have developed a strategy to transform our approach in buildings and facilities to asset management and to take our first steps towards achieving RCJ vision: “to deliver a world class asset management service and be known as a centre of excellence, in our asset classes, in the Kingdom of Saudi Arabia and within the top 5 in the GCC”.

There are three ideas at the core of Jubail’s Infrastructure Asset Management Strategy: efficacy (governance), efficiency and effectiveness. Through a systematic approach, it allows management to decide when a particular piece of infrastructure — from a road to an air conditioner— ought to be repaired and when it might be more economical to replace it wholesale. It is the responsibility of the Project Management Office to enable and sustain such an environment.

Faced with massive expansion and restricted O&M budgets, RCJ O&M and its Project Management Office have found themselves having to re-imagine Jubail before it has been wholly completed.

“We have to reorganise and reposition,” Al-Wohaibi says. “We have to restructure and optimize. Infrastructure Asset Management is not a privilege, but rather a necessity.”

The Saudi government has further commissioned an $11 billion add-on to Jubail, called Jubail II, which has been under construction since 2006. It is estimated that the city will have doubled in size within the next 14 years. Where assets are concerned, RCJ O&M seeks innovation more than an increased budget or workforce.

“We collectively are on board, our CEO is keen and very supportive to this program, our General Manager happens to be a subject matter expert, and we’ve got the required approvals,” says Al-Wohaibi. “This is an exceptional situation of secured authority, knowledge, and most importantly, clarity”.

“As the city is in continuous expansion, we in O&M need not to expand as much as we need to evolve to the challenge,” Al-Wohaibi continues. “The risk is that there will come a point at which it will be hard to fund O&M tasks while sustaining the same quality standards — our mitigation is the adoption of Infrastructure Asset Management.”

The first step in ensuring that Jubail’s infrastructure is cost-effective was to create a model that could predict just how profitable implementing certain measures could be.

“We imagine our performance against the indicators in the Model and we found out that we will be behind — so we designed the program to reorganise ourselves and reposition,” Al-Wohaibi adds.

“Maintenance abides by the butterfly effect. That is, in a scale of a city, changing a light bulb does not have a big impact. But changing 10 light bulbs, in 100 buildings, daily, may exceed the cost of operating the only clinic in a small, remote town on the other side of the kingdom. That is our perspective in Royal Commission for Jubail & Yanbu when it comes to expenditure.”

The program is the implementation of the Infrastructure Asset Management Model, which includes ‘smart’ enabling certain buildings and infrastructure frameworks, implementing decision making processes, assets performance management protocols, value managing O&M activities and securing its governance through sophisticated information systems. The RCJ O&M sector is responsible for managing the city’s beaches & parks, landscape & irrigation networks, buildings, roads and traffic control and, storm drainage systems, municipal waste management and all power and telecoms infrastructure. One of the program’s main tasks is the model that will synchronise control of Jubail’s assets in one location where maintenance needs, performance and management are ordered numerically and reported using the city’s information and centralised control systems.

“Our duty is to run and sustain the city’s infrastructure,” Al-Wohaibi says.

RCJ O&M are developing centralised Building Management System that is capable of monitoring all connected buildings in a central location. The system allows operators to remotely manage and auto-control so that for example, the lights and air-conditioning in an enabled building will be shut down at night, thus reducing energy consumption when the space is vacant, or report if the logic is interrupted. The city’s recycled treated water irrigation systems are also automated and can be manipulated from within a single control room.

“[Operators] can open a valve that is 30 km away and close it in seconds,” says Al-Wohaibi. “They can monitor pressure, detect leaks in all the city and they can schedule more than 200,000 operations in an hour. We have been informed that this is among the largest automated irrigation network in the world.”

Similarly, traffic behaviour in Jubail is monitored, and handled, from inside a single traffic management centre. Closed circuit television cameras placed across the road network feed real-time images back to Traffic Management team which has the ability to control traffic lights and redirect vehicles to clearer roads. While this all sounds highly futuristic, Al-Khuraissi paints a picture of a city that has always been ahead of its time.

“An advantage is that the city follows an explicit, cutting edge masterplan that was designed 40 years ago,” he explains. “This masterplan is updated frequently upon given factors, and it anticipates population increases and the required services. Down to details like expanding exit routes when a certain district is fully occupied.”

Jubail’s O&M framework is continually reimagined to anticipate the development of new technologies. Saudi Arabia’s strong economic performance has enabled the expansion of the city to be brought forward by almost a decade. At present, there are no plans to halt or slow the urban spread, thus the challenges faced by the O&M and its PMO will evolve as the metropolis does.

“The decision to paint walls in an office building of ours is not hard. The decision to either light-maintain a road or carry out an overhaul rehabilitation to this particular road is harder. But the exclusive decision about whether to paint walls, maintain a road or rehabilitate a pipeline is very complex,” Al Wohaibi says. “It involves lifecycle costing, statistical analysis, simulation, value management and other factors. Infrastructure Asset Management governs and details the actions required to come to this decision.”

Jubail’s Infrastructure Asset Management Model is scheduled to be implemented by the middle of next year, at which time all of Jubail’s infrastructure assets will be operated and maintained by one of the most advanced infrastructure management models.

“Given the change strategy and the implementation tactics, we target that in 14 years, we will be cumulatively saving more than a billion Saudi Riyals in Operational Expenditure” Al Khuraissi says. “That would be more than 25% annual saving on O&M costs.”

During his nine years in Jubail, Al-Wohaibi claims the only piece of infrastructure he hasn’t seen built are nuclear reactors.

“Jubail is an engineer’s heaven,” he says. “Anything an engineer could imagine is here.”

Ultimately, an engineer’s vision may come to be an asset manager’s challenge, but Royal Commission executives and O&M teams are prepared to let their solutions evolve as the city does. And Al-Khuraissi, Al-Wohaibi and the teams in RCJ are optimistic about what has already been achieved in the realm of Jubail’s Infrastructure Asset Management.

“The programme has not been fully implemented so we still cannot firmly say that it is successful,” Al-Wohaibi cautions, “it is not easy, it is not supposed to be easy, but what we have seen is success”. 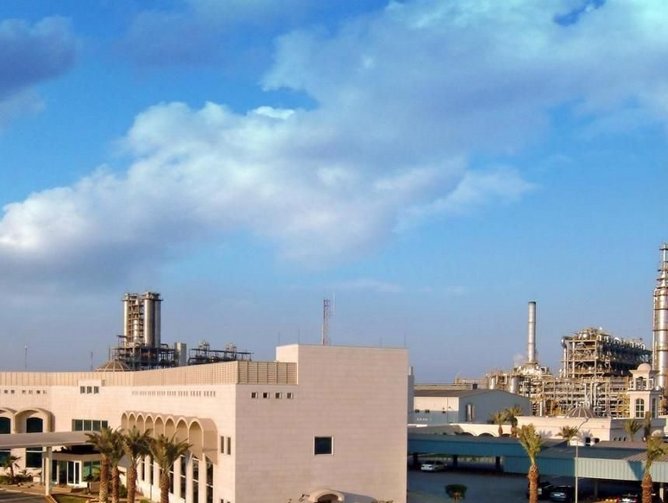 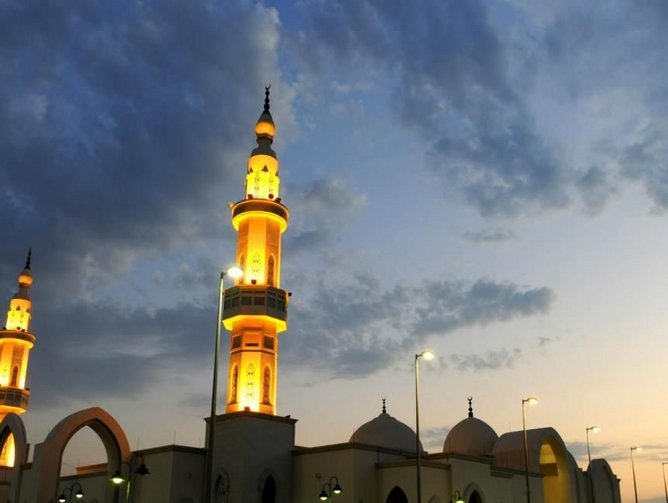 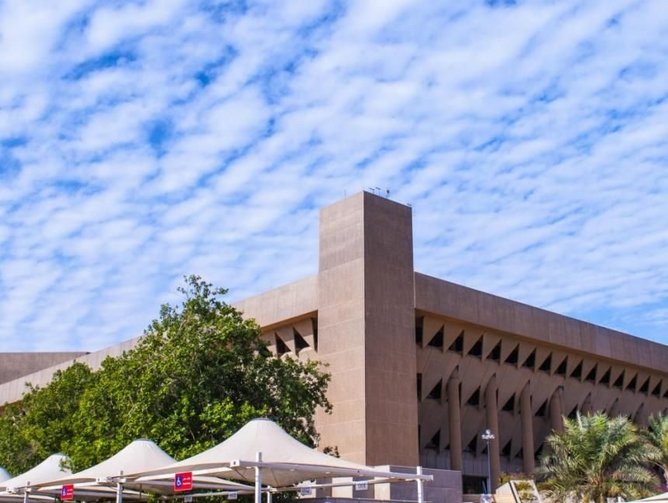