Markem-Imaje delivers its world-renowned product marking and coding systems to more than 40,000 customers around the globe, but the company’s new President and Chief Executive Officer (CEO) sees plenty of room for further development, beginning with the completion of integrating two recent strategic acquisitions.

The company has been serving the product coding, labeling and traceability solutions markets for more than 25 years, building on the largest market coverage and technology portfolio available, and is currently serving most of the leading fast moving consumer goods and industrial companies in both mature and emerging markets.

Since the merging of US-based Markem and French company, Imaje in 2007, the organisation has worked as one of Dover Corporation’s major operating companies, and now, the new President and CEO at the helm, Vincent Vanderpoel hopes to build upon the established industry and international presence that Markem-Imaje currently enjoys to expand upon all facets of the business.

“We pride ourselves in the talent, which we hold within our organisation, that helps us to find answers to our customers’ challenges. This is how we have been successful and how we will continue to push to be our customers’ most valued and trusted partner in marking and coding,” he said.

“The first of two factors which we’ll see differences in moving forward is around route-to-market expansion and geographical expansion. I’d like to see Markem-Imaje be present in more locations and to be effective in each; cost effective and in closer proximity to our customers to ensure we are providing a consistent level of services to them around the world.

“The second factor is around innovation. Our market may not be extremely rapid but innovation is critically important and an area in which I’d like to see differences in over the next two years.”

In the view of Vanderpoel, these expansion targets could be achieved both organically and via acquisitional growth, and both will be explored in the coming years.

However, it is the latter which has represented the biggest immediate boost to the company, through the strategic acquisitions of two significant industry players to aid technological development.

The first of these, completed in the summer of 2013, was the acquisition of RSI Systems, a US-based manufacturer of integrated thermal inkjet printing solutions for the packaging industry.

Now in the final stages of integrating the RSI offering into the Markem-Imaje range, the first MI branded product has already been introduced, and while the US is a key area of benefit as a consequence of the acquisition, RSI’s presence in Asia opens up an equally appealing avenue of business for the company, not to mention rest of world.

“The second acquisition was of CSAT Corporation which is a company we acquired from Heidelberg,” Vanderpoel explained. “It’s a relatively small company based in Germany, however is a major manufacturer of high-resolution digital printing solutions for the pharmaceuticals industry.

“With Markem-Imaje already selling extensively into that industry, this acquisition allows us to expand our offering in that sector further and, over time, my intention is to look at these technologies and apply them more broadly into commercial and industrial printing segments.”

While acquisitional growth will remain a significant aspect of the overall development of Markem-Imaje, it is not necessarily the first port of call, with the in-house engineering and manufacturing capabilities of the company already advanced enough to improve its offering.

Vanderpoel continued: “The current organisation is based around exploring our own technologies and how we can leverage them as much as possible before we look at the acquisition route.

“We have a broad set of technologies available to us so while we do use both organic and inorganic levers, the internal leveraging on capabilities would be my first option.”

This strategy certainly isn’t a new one within Markem-Imaje or dictated via the Dover Corporation holding company, who has already led the business to being the only on the New York Stock Exchange to increase its dividend for every year it has been listed, driven by both growth and profitability objectives.

Despite working alongside more than 40,000 customers already, Vanderpoel is keen for the company to not rest on its laurels and sees the development of customer relationships as key to the ongoing expansion of the business.

“A key differentiator for us is our customer orientation,” he said. “We do a lot of work in terms of future product designs with our customers, often involving partner firms, to ensure that we end up delivering products that our customers not only want today, but also want in the future.”

Adding to this requirement of innovation and close collaboration comes extra pressures in the form of consistency and standardisation due to the global nature of many of Markem-Imaje’s clients.

The likes of Nestle and Unilever with whom the company work alongside demand the same quality and refinements across all of their operating regions, making the structural dependency and consistency with the company all the more important, with supply chain management an equally pivotal factor in the overall process.

“We have six facilities spread out geographically where we manufacture and distribute our products,” Vanderpoel explained. “These facilities are optimised for the organisation based on a number of criteria; proximity to suppliers, proximity to customers, and where we can get the best terms and conditions.

“This is a big challenge for us because we’re a large company but not a mega one, but we do however have customers around the globe who are themselves global operators, and who expect the same level of quality and consistency around the world.”

Keeping a close eye on future trends within the industry is equally vital and is again achieved through the close partnerships Markem-Imaje values with its customers.

Vanderpoel added: “We don’t see changes happening that rapidly in this industry so for a customer to tinker with or make changes on production lines is not something that happens overnight.

“It’s a considered decision which takes time so we typically work with our customers on a long term basis to identify where we can improve.

“It’s an ongoing process, and we are currently looking at trends including late-stage customisation or challenges like anti-diversion and anti-counterfeiting which is becoming a high demand in emerging countries.

“For instance, we helped save a customer millions of dollars in China by implementing an anti-diversion solution utilising permanent inks which cannot be removed to ensure traceability and authenticity of their product’s distribution channel. This type of solution can only come from working closely with customers.”

Customer orientation is one key differentiator for which Markem-Imaje has become renowned for, and Vanderpoel sees the ongoing geographical expansion opportunities as an equally profitable market proposition moving forward.

Despite already having a presence in more than 100 countries, the nature of the industry and clientele makes for an almost limitless footprint strategy and is one that the company is keen to capitalise on.

“Operating in 30 countries, for the size of the company that we are, is quite an extensive footprint,” Vanderpoel said. “We have our own operations in each and we also have further presence through distribution networks with over 120 partners, but there’s a lot more growth that we can get by being present in more countries.

“Our customers are typically present everywhere where food manufacturing is taking place, because the food industry requires a local presence in most cases. Therefore, in essence, we have potential customers in every single country in the world, so there is a huge opportunity for geographical growth and we want to exploit it further.”

The final key differentiator in the new CEO’s eyes is where the twinned organic and inorganic strategy again comes into its own, through technical and application development.

With the broadest set of technologies in its area of the market, the range of bespoke solutions gives Markem-Imaje an important edge over competitors while also opening up potential avenues for adjacencies and cross-product solutions in the future.

Vanderpoel continued: “Not only is it the broadest range of technologies but the majority of it is designed and manufactured in-house, which allows us to innovate in order to find the best customer solution.”

As a wholly owned subsidiary of the Dover Corporation, the company benefits not only from the full backing and standards of the reputable holding organisation, but also from the diverse company portfolio that Dover has and the subsequent independence given to Markem-Imaje.

Logistical operations such as the supply chain and the hiring of employees can be dictated by Markem-Imaje itself, while benefitting from the underlying vendor relationships, procurement processes and business values that filter down from Dover.

“There are around 27 companies under the Dover Corporation and there is clearly a directive to leverage the benefits of common ownership,” Vanderpoel said. “The first of which is values; the customer orientation, trust in people, environmental and safety standards.

“An area where we have a great advantage by leveraging the wider corporation is around people and talent development where there’s an active effort to make sure there’s visibility going on with key talent across the organisation.”

This strategy comprises employees moving between different operating companies, including Markem-Imaje, to enhance the sharing of skill sets and niche services, and this same ethos is utilised with the leveraging of scales in procurement, vendor management and supply chain processes too, where mutually beneficial suppliers can be explored across the Group.

A final trend being closely monitored by both Markem-Imaje and the wider Dover organisation is that of environmental efficiencies which has seen the company not only meet legal green requirements but far surpass them in most instances.

Relevant to all of Markem-Imaje’s production sites around the world, Dover requires yearly reports on the company’s water, waste and energy consumptions.

“Over the past three years, we have improved energy efficiency and waste levels by 15 percent and water consumption by 21 percent in 2013,” Vanderpoel said. “It’s dictated by our customers too with them asking us to design with the environment in mind.

“We therefore look at every step of the lifecycle, not just our manufacturing process but how the products are being used by our customers and what happens at the end of their lifecycle.

“Everything we do goes far beyond just what we do in our own factories, and that is why we do what we can to take the pressures of suppliers and customers as well.” 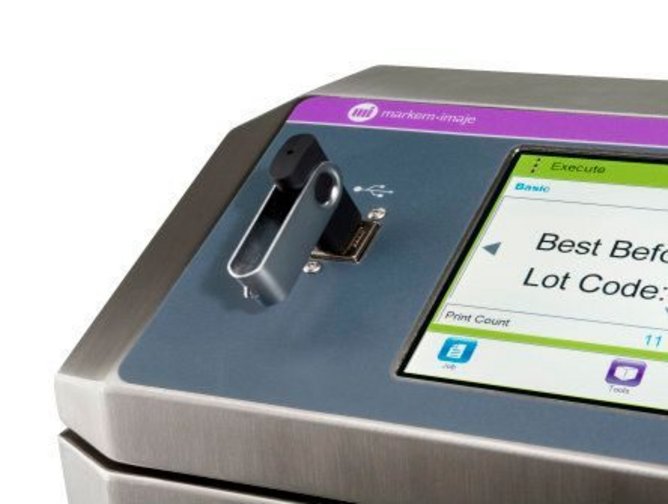 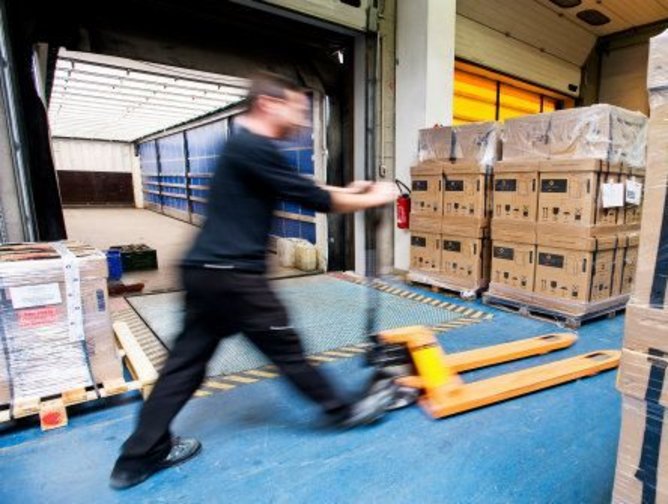 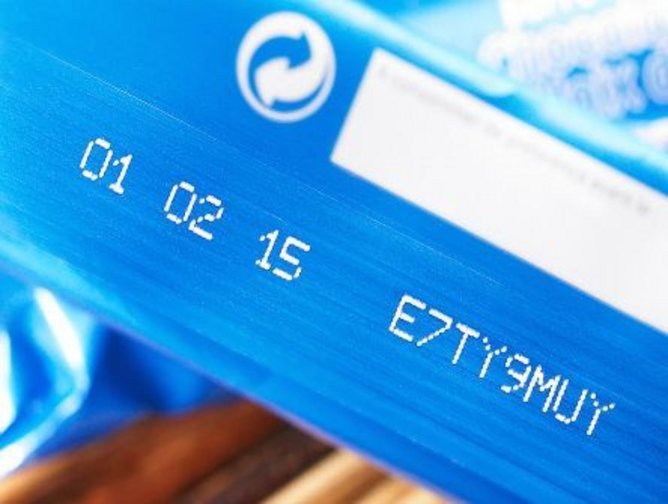 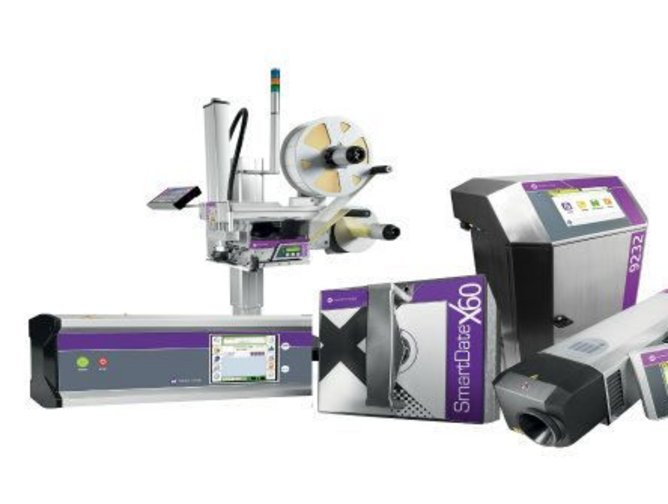 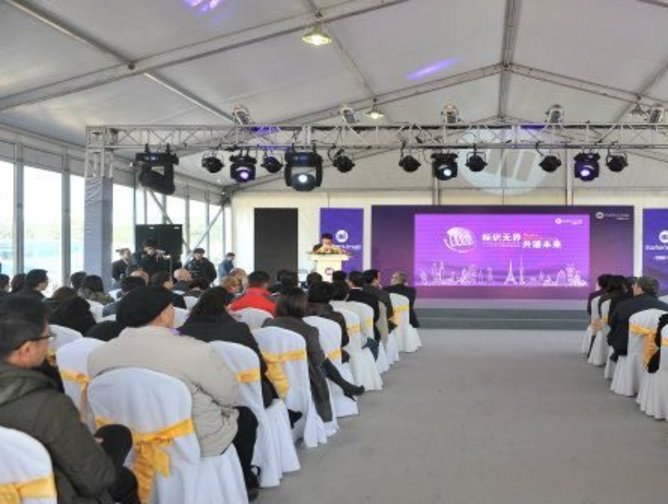 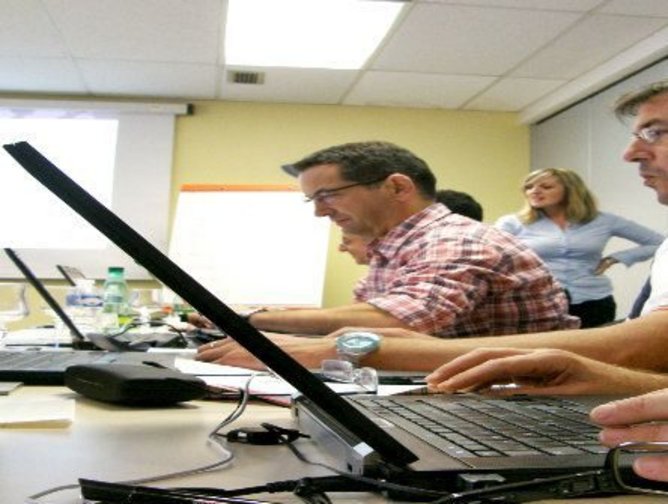