KPN, the leading telecommunications provider in the Netherlands, is transforming the way it operates through simplification. But can it be so simple?

What is the basic principle of a telecommunications company? Providing communication opportunities to a wide range of people.

KPN plans to take that one step further through the power of technology and has set its sights firmly on becoming the go-to telecommunications provider.

This is something that Bouke Hoving, Executive Vice President Simplification & Innovation & CIO, believes is the way forward for KPN.

“We want to become the best service provider,” he says.

“In regards to customer satisfaction, we’re the best telecommunications company in the Netherlands. We don’t just want to benchmark ourselves against other telcos, but to do so against any B2C or B2B market and deliver the best customer experience and be the best service provider,” adds Hoving.

One of the ways in which KPN is doing this is through accompany wide simplification program. The goal? Transform the company from a ‘product orientated’ company into a customer centric digital telecommunications company.

“There were good historical reasons for being a product orientated company. With fast technological developments in the market it allowed us to bring new products to market really quickly,” says Hoving.

But over time this led to an increase in internal silos, creating what Hoving describes as a ‘fragmented’ customer journey.

“The fast introduction of new technology led to separate internal silos of products, processes and IT systems. This was good for to time to market but to continue this year after year, decade after decade, in the era of increasing customer demands, we were facing fragmented customer journeys across our products,” adds Hoving.

The customer journey is the driving force behind this transformation program. What impact was a fragmented journey having on the business?

“Walk into shop stores a few years ago and you would see the impact of all that product complexity, because all of those silos were popping up across the shops and the other touch points,” says Hoving.

“If a customer were to place a quadplay order, our sales representatives had to register that order in the fixed order systems, then in the mobile order systems and then they had to make sure that the overall quadplay discounts would apply over the various systems.”

Multiply this process by way of every single customer that KPN works with and this becomes a highly time consuming process. Through the simplification program, this time is significantly reduced.

“We have redesigned the processes and made them independent from product, channel and from a customer point of view, resulting in an 80 percent decrease in order handling time. By implementing Omnichannel we made it easier for our sales representatives to serve customers and make them happy.,” adds Hoving.

KPN projected cost savings of around EUR300 million by 2016. After one year, KPN realised EUR140 million in savings in February 2015 so they upgraded the savings potential to over EUR400m. After February 2016, the company indicated a saving of around EUR450 million.

“We projected those savings by looking at the full cost space of the company and taking some direct variable costs out. The simplification could not impact those costs and we believed that the savings should be possible irrespective of whether they were operational or capital expenses,” says Hoving.

And the award goes to…

In May this year, KPN took home the Business Transformation of the Year Award at the TM Forum Digital World Awards 2016. Attracting more than 50 entries from a diverse range of global industries, the award recognises the communications, digital infrastructure or media service provider that has made the most significant steps in transforming to a low-cost, agile and customer-centric operating model – step forward KPN and the simplification programme.

KPN took home the Smart Service Provider and Business Transformation of the Year Award for becoming a next-generation telco, producing a Net Promoter Score rise of +9 for consumers.

But what does this recognition mean for KPN? “It is a proof point for the successful transformation of our business and an encouragement to keep moving forward. The recognition that our holistic and step by step approach works. We are on the right track and it also puts the second phase of the program into a wider perspective,” says Hoving.

The award has seen KPN attract the attention of other telcos across Europe.

“When we started late 2013 with the program we visited some telcos in Europe to see what they were doing and now those telcos are coming to us and seeing what we are doing.”

And it doesn’t stop there, other companies outside the telco industry have been inspired by KPN’s approach.

“This is a result of our cultural transformation coupled with one of our biggest driving forces: our Agile way of working. We started from scratch with early adoptors inside the organization which grew exponentially. It was adopted much faster than we could ever imagine.”

The award was given as a direct result of KPN’s transformation as well as the implementation of a low cost, agile operating model based on the Business Process Framework  (eTOM) of TMForum. The result – saving around EUR 280million by the end of 2015.

To transform from a product-oriented to a digital, customer-oriented model KPN used the eTOM combined with its own customer journeys. KPN created a uniform digital layer and decoupled its customer facing IT from its back-end systems. This resulted in faster development times and significant lower costs.

“The business framework gives you guidance on how to design your processes. There are thousands of ways to design those customer processes and I think that there are two important aspects to that design,” says Hoving.

Number one – the customer.

“First you must take the customer central approach and design those processes to ultimately create the best customer experience,” says Hoving.

And number two – the business standards of the eTOM.

“Secondly, you must constantly match the design of your process to the standards of the Business Process Framework to make sure you can easily implement them into international sellers.”

This enables KPN to follow a two speed IT model: implementing continuous changes directly improving customer experience whilst at the same time optimizing and consolidating its back-end systems in the mid-term.

“There are many factors how to succeed in a transformation like this. It starts with the awareness that we were at a point of no return, we either go for it and succeed or we wait and lose big time,” said Hoving in a keynote speech at the TMforum awards.

But transforming an entire company model brings with it many challenges and obstacles before reaching an end goal. The success of the transformation process, comes down to KPN’s recipe for success:

“Because this approach affects the entire company, an agile approach to change is key,” adds Hoving.

Hoving admits that this agile approach, working through all the different organisational layers, is something that takes time. An important success factor for KPN has been the strength in working with partners, partners that embody this recipe for success. [BOX OUT NEXT TO THIS SECTION]

One of the biggest challenges was breaking down and decommissioning existing separate silos.

These silos were strong from both an IT perspective and from a process perspective – creating even further issues finding one common language.

“Those were by far the biggest challenges which ultimately led us to the conclusion that, at least for the big change programs, we really need to centralise those so we could accelerate the simplification. That was the start of the program, reaching the decision and executing it was quite a challenge and probably the biggest we had to overcome in the last three years,” says Hoving.

When there are challenges, there are ultimately successes and KPN has experienced many successes to date other than the recent award win.

“The biggest success? Communication. While it was a challenge, the incorporation of communication within the company with the various stakeholders, ultimately bringing the stakeholders together within one room with the people writing the software.”

What kind of legacy will KPN’s success leave behind? Hoving suggests that the industry will be faced with inevitable questions – how are telcos going to live up to current and future expectations of customers?

As with all of KPN’s ambitions, ultimately it is the customer that drives the end game.

“The process has shown that KPN has the guts to do what needs to be done, by starting and going on with the simplification program – daring to fail and trying again,” adds Hoving.

Fundamental change was needed, but we couldn’t close down shop so we changed as part of an overall plan ensuring a future ready customer experience. When you’ve taken that initial risk, the first hurdle has already been crossed.” Hoving concludes. 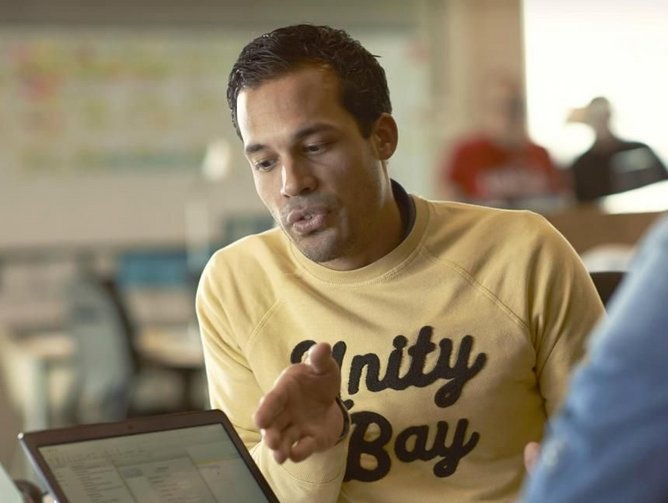 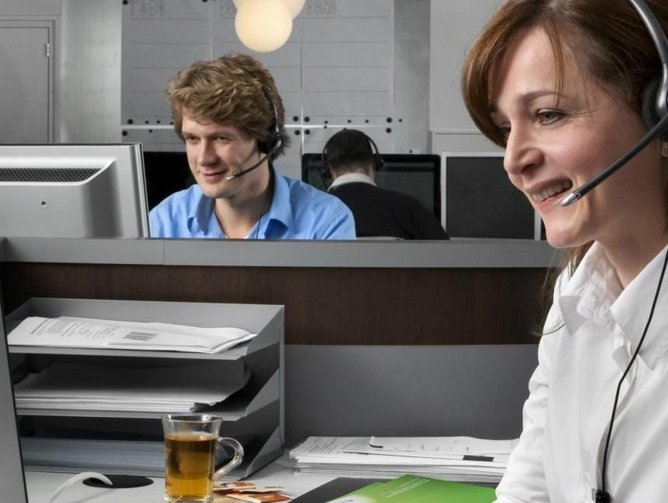 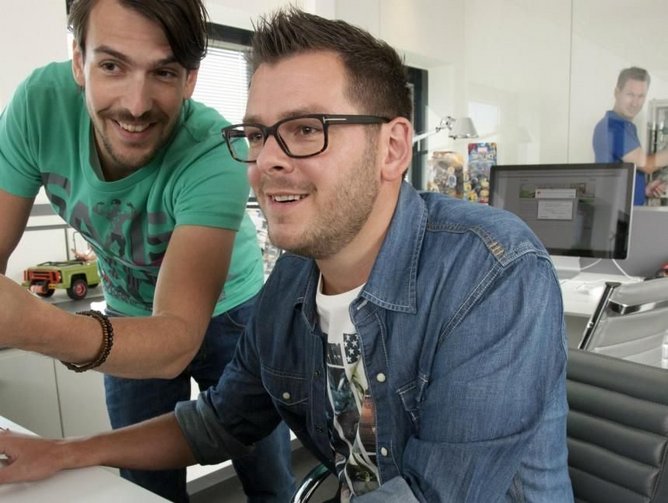 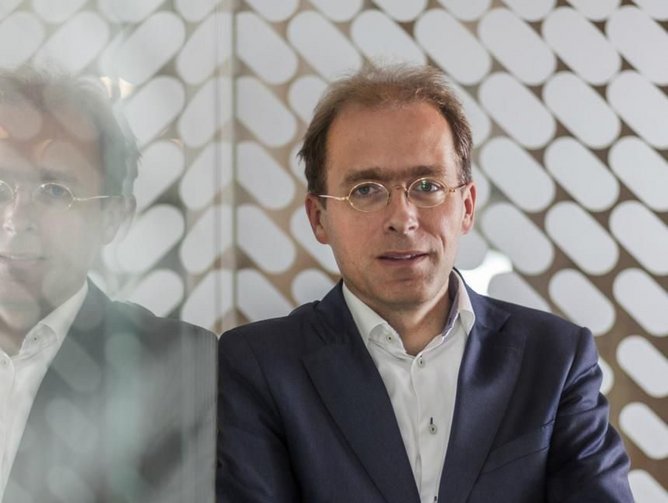