The world of banking has been revolutionised in the last two decades. Digitised payments have made it faster than ever, but they are also reaching populations who have never had access to them before.

Things have changed a great deal from the period Raghu Malhotra joined Mastercard in 2000 as Director – Area Countries, South Asia, to now when he leads the company’s Middle East and Africa operations as President. There used to be no such thing as scanning bank cards for shopping, and bills had to be paid face to face. Now consumers hold technology in their fingers, and policymakers are realising that a cashless society is the way to move forward.

Malhotra manages 69 markets stretching from Pakistan to Morocco in one direction, and from Lebanon all the way down to South Africa in the other. He pushes Mastercard's innovative agenda through these territories, and it was this aspect that led him to join the company after a long career in banking. "I wanted to make a difference," he says. "It's a job that allows you to leave a legacy behind."

One element of this legacy is financial inclusion. As Malhotra explains, "I look at financial inclusion in three parts. The first is people understanding that a range of financial products exists that can better their lives. The second is actually giving them access to bank accounts or to services, and the third is once they actually have a bank account to start to transact, use it, and access credit."

In Tunisia, they signed a Memorandum of Understanding (MoU) with Tunisian Post, the country's national postal service. "In large parts of the Middle East and Africa, including Tunisia, Algeria, and even Morocco. This partnership, in particular, is a really good example of the government and the private sector coming together."

Another instance of Mastercard joining forces with the government is in Rwanda, where they're upgrading the country's infrastructure for people to pay for driving licences, ID cards and birth certificates on mobile or online platforms. This way they don't need to visit municipal offices and wait in line all day.

Here they've also introduced Mastercard debit cards for refugees. Thanks to this scheme, the UN's World Food Programme is able to send money directly to the accounts of the refugees' families, who are given debit cards to withdraw money for food and other essentials.

This is not their only cash transfer system. In Pakistan, the company had previously developed HomeSend in partnership with Meezan Bank, for expatriate Pakistanis to send money home. Pakistan is a huge market given its population of 180 million who largely use mobile phones; so Mastercard launched the Masterpass QR, allowing users to pay with their smartphones. In November 2016, it opened a new office in Karachi.

The Masterpass QR was also rolled out in Nigeria around the same time as well. "I believe this will drive a very different kind of financial inclusion," says Malhotra. "The costs of doing this are very low now. Access to information and bank accounts is very easy. You don't have to put billions of dollars or hardware into the shops any longer. So if you're talking about true digital economy and true financial inclusion, it's these sorts of product lines that drive that forward."

“Similarly, our work with Egyptian government is helping to bring the benefits of financial inclusion to 54 million citizens of the country through a digital ID program that links their national ID to the existing national mobile money platform. Similarly, our collaboration with the Nigerian government to issue National Electronic ID (e-ID) is empowering Nigerians aged 16 and above to have access to an electronic payment platform which will benefit Nigeria’s 170 million citizens. In Pakistan, our collaboration with Pakistan’s Bank of Punjab saw us launch a first-of-its-kind Social Security Program that automates and streamlines government disbursement, subsidy and assistance initiatives – driving greater financial inclusion in a country where only 13% of the citizens have a formal account.”

Another burgeoning, cashless economy is Mauritius. As a popular holiday destination, there's an influx of tourists here all year round who mostly carry contactless cards. It made sense for Mastercard to launch their contactless scheme here, both for the visitors and for the local population who benefit from accessing their bank accounts without having to take their wallets out.

Mastercard's vision for cashless societies goes further with the creation of what they call "digital cities." In November 2016, they signed an MoU with the Egyptian government's Information Technology Industry Development Agency (ITIDA), to introduce cashless transactions in technology parks and villages.

Beyond that, Malhotra recounts travelling on the London Underground recently, and despite not having a UK-issued travel pass or bank card, he was able to move seamlessly around the city with his Mastercard card. "Allowing for global interoperability and [creating] smart cities is going to be very big," he says.

Could the MEA region become entirely cashless one day? "We are a long way from it being totally cashless," he says, but adds that governments are realising that this is a much more efficient way to work. "Maybe, it's quite possible in my lifetime."

Around 546 people are currently employed in the region; however, Malhotra explains that even though they are actively hiring, technology firms don't measure their business in terms of revenue per FTE anymore. Staff development is paramount; there is a huge focus on in-house and external training completed either by attending formal courses or through online training.

Just as important is collaborating with outside agencies to develop young entrepreneurs. Malhotra is on the board of INJAZ Al-Arab, a non-profit organisation that works with the public and private sectors to promote education from elementary school all the way up to college. "When you train and enable students, you get a better economy and a much better nation as well," he says. The latest project is in Egypt, with a programme teaching women aged between 21 and 27, business management skills. As well as benefitting the empowerment of women, it will help boost the country's finances - unemployment is currently at 12.5 percent - and while women make up half the population less than a quarter are part of the labour force. New, small businesses starting up will be of great value to the economy.

The Girls4Tech programme is also aimed at women, with employees mentoring young girls to pursue careers in STEM (Science, Technology, Engineering and Math). Scholarships are awarded in partnership with the Singapore University of Technology and Design, and some mentees have even joined the company. This program was developed after Mastercard's research showed how few women were entering the tech world. However, Malhotra says the number of women in their workforce is higher than the industry standard for the region.

"Diversity is big for us," he says. "You can do well by doing good. And when I say diversity, it's not just gender diversity. It's diversity of the mind – how different people come together and think, and create something bigger and better."

Looking ahead, Malhotra believes Africa is the next big emerging market. I see us coming up with new business models, new product lines and new services to drive that, not just here but exporting them globally as well."

Committed to setting new benchmarks in the payments industry, innovation lies at the heart of Mastercard’s business philosophy as Malhotra explains, “When you are in the business of technology, you cannot afford to have multiple definitions of innovation. For us at Mastercard, innovation means making a difference in the way people think about cash and realize and take advantage of the convenience and simplicity electronic payments offer.

“While the list of innovations pioneered by Mastercard is long, there is one example that I can highlight which is truly making an impact in the way people pay for services or goods – online, in-store and in-app. Masterpass™ is our global interoperable platform that enables all types of digital transactions and richer consumer experiences. It is a digital payment solution that simplifies the entire shopping experience for consumers, allowing Mastercard cardholders to pay with any enrolled payment card, anywhere, using any device and eliminating the need to enter detailed payment and shipping information with every purchase, and simplifying the process of completing a transaction from any connected device.”

Masterpass is currently available in 34 countries, including the UAE. 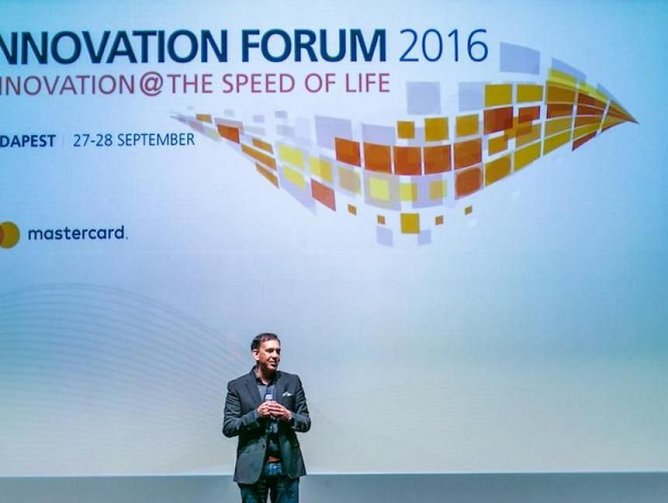 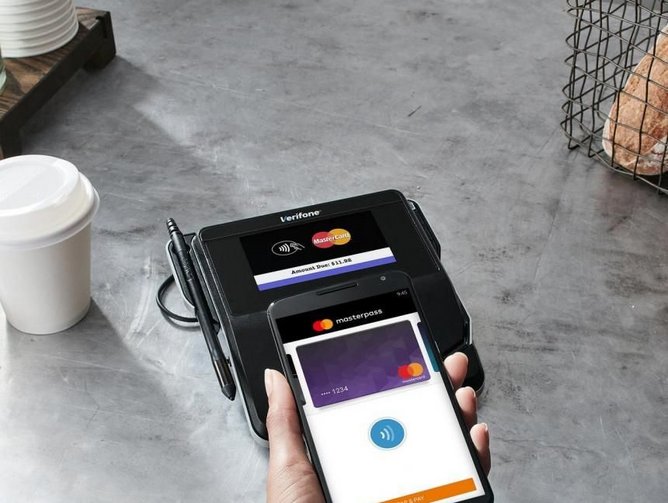