MBC’s procurement team is driving value for the broadcaster

As the first broadcaster to provide a satellite-based free-to-air 24-hour television network across the Arab world, The Middle East Broadcasting Center (MBC) holds a unique place in the region’s “Media & Entertainment” industry. Established in 1991, MBC now offers 16 channels, broadcasting a varied line-up of programs and series, including flagship shows such as: ‘Arab Idol’, ‘Arabs Got Talent’, ‘theVoice’, ‘theVoice Kids’, and ‘Project Runway ME’… among many others.

MBC is a premium content-centric, audience-focused company whose success has been underpinned by a procurement team that is setting new standards in the MENA region - thus proving itself to be of real added-value to the business, over the last decade. When Lorraine Black joined MBC in 2007 – as the company’s new Head of Procurement, she helped build a team numbering just four which was very transactional in its nature.

“There were no specific processes, it was a basic operation,” says Black, who led and managed the process of CIPS Organisational Certification, which resulted in MBC being the first company in Dubai, UAE to achieve CIPS certification of excellence of its purchasing policies and procedures in 2008 (a number of MBC’s team are working on achieving their CIPs certifications currently).

An analysis of the department was undertaken to understand the skills of the existing staff and pinpoint gaps that needed to be filled to create an effective and valuable procurement function for the business. An enterprise resource system (ERP) was implemented, processes and procedures introduced, and skills added, gradually building a well-rounded team.

As all procurement professionals know, the support of key stakeholders in the business – especially in the C-Suite – is vitally important, and Black says MBC is no different.

“The main challenges we faced was shifting the mind-set of our key stakeholders. Now, we work closely with all of our stakeholders, understanding the business and demonstrating where we add value.

“We also got support from MBC CEO office which made it a lot easier to drive our ideas forward and get buy-in from the company’s senior management. That’s been really important in working with various departments in a collaborative way, rather than as a standalone function. After we showed that we can add value and leverage our relationships with suppliers, the decision was taken that departments would stop getting quotations without the support and involvement of the procurement team. This has been a real positive shift,” Black concluded.

But don’t just take the procurement team’s word for it; Joe Igoe - Group Director of Operations, comments: “Our revenue is largely derived from advertising, and as we have little direct control over regional ad market fluctuations, it is critical to keep our costs under control. That makes Procurement strategic to our long-term profitability and success. Their support has been essential to our migration from in-house systems to outsourced cloud services as part of our digital transformation efforts.”

As part of its effort to shift attitudes about the role of procurement, the team at MBC carried out detailed analysis of key strategic activities to understand and drive forward efforts to grow the business sustainably. These included: spend analysis across the group, encompassing various categories, supplier segmentation using the Krajlic Model, assessment of procurement technologies and the alignment of MBC’s corporate and business strategy with that of the procurement department.

On the benefits of the thorough research and planning that has been undertaken, Black comments: “With the development of the procurement technologies, we have been able to cater for the growing needs of business and enabling the shift from the cost only to the cost-plus-value model.

“Efficient use of technology through effective collaboration with stakeholders has been leveraged for operational excellence and alignment of strategies, while collaborative negotiation plans have brought the best of industry knowledge and commercial leverage on the table enabling multitude of benefits in securing interruptive value propositions.

“In addition, supplier value management is imperative to the success of procurement. So, a 360 degree view of supplier positioning and business perspective has been used to align our critical suppliers with business strategy and growth.”

With the company fully bought in to the value offered by a skilled and dynamic procurement function, the team has grown, and now numbers 26 professionals across MBC offices. As well as the best-and-braces work the department oversees, it has proven invaluable on some major projects, notably MBC’s $20mn facility in Dubai’s Studio City district.

Completed in May 2017, the state-of-the-art studios used for programming for MBC’s satellite network, primarily MBC1 and MBC3, and online portals, complement its headquarters in Dubai Media City. At least seven shows are produced at the studios, which the company says are key to being able to attract top talent, the right expertise, and bright, creative minds of the various disciplines that are related to the creative and production fields.

The nature of TV schedules meant that the deadline was tight, with a plethora of stakeholders to manage. In the absence of a contracting consultant, the procurement team worked to ensure all the elements that were needed to being the project in on time were in place.

“A lot of the detail on a project like this are small, but really important to its success,” says Durdana Farid, Procurement Manager at MBC. “The timeline was very demanding, and to hit our tight deadline we had to ensure we were accurate with all of the detail, such as ensuring all elements of the project were compliant to their timelines, from authority approvals to contractors meeting their milestones, to the equipment being delivered on the right time and all the way down to the carpet and furniture for the studios.

The deadline – four months, to be exact – meant that the procurement team had to be a highly effective conduit to bring together all stakeholders working on the project.

“There was a lot of back and forth; and a lot of input from the procurement department,” Farid continues. “As a team we were at the centre of a lot of conflict resolution, so we had to be skilled at providing solutions for the site. It took all of our expertise to make the project a cohesive one, pulling everybody together, making sure that all of the elements actually and all of the pieces of the puzzle actually fell down at the right time, in the right location.”

The procurement department’s established relationships with suppliers that have been developed and nourished over the years were critical to the project’s overall success.

“The budgets were very tight, with minimum contingency,” says Farid. “So, despite of the fact that we had contracted system integrator and contractors, we went to each manufacturer, we have built relationships with and negotiated with them directly, which helped the contractor bring down costs and hit the budget target. We spoke to hundreds of parties, leveraging the relationships we have built over the years, both within the company and with external partners, and were able to bring them together to agree on really important issues for the good of the project.”

The business of round-the-clock television means MBC’s procurement team is not perhaps typical of those working in other industries. As Black puts it: “We’re not working in a manufacturing plant, or for a bank; we’re working in a fast-paced and competitive creative industry. It means we have to be really dynamic, versatile and slick at what we do.

“Procurement in this region can often be very fast, transactional and functional, so it’s often about pricing structures and cutting costs. But, we work in an environment where the content and quality that we put on-screen has to be good. The production values on shows such as Arab Idol, The Voice and Top Chef have to be first-class, so on one hand we have our budgets and ensuring we’re onboarding the correct partners and suppliers, and we also know that we have a duty to make sure the end product is a high-quality one.”

Again, says Farid, the work that the procurement team has put in over the years to build relationships is paying dividends. “We often work in a live environment, so we need people who we can call in to come in and fix an issue at 2am, or ensure a delivery is made in the middle of the night. We need to have that flexibility and that's when we need something to be free of charge or if something goes wrong and we need a new camera, so it’s important our suppliers understand our needs.

“We cannot have suppliers that we don't have that kind of relationship with, because the outcome or the effect that it could have on one of our shows on the commercial impact it could have could be huge. So, we ought to be very careful when we deal with our suppliers, that we are getting suppliers who actually understand our business and what our requirements are.”

The efforts have been recognised across the company, right to the very top, says MBC’s CEO, Sam Barnett, who comments: “Our procurement team has not only saved us a lot of money in a challenging market, but has helped us get closer to our most important suppliers and partners, at a time of major industry changes.”

In a bid to improve the procurement function yet further, Black says MBC is changing the behaviour of its buyers to ensure they are recognised as influencers within the business. The days of buyers sitting at their desks, removed from stakeholders, are gone – it’s all about engagement and interaction.

“We need our buyers to be on the ground and understand the dynamics of the business if we want to continue to add real value,” she says. “Even with the big productions, we need the buyer there so they understand any problems and are able to resolve issues. That relationship with the supplier on the ground is really key.

“As a department, our people have to be versatile and have really good communication skills. We can teach buying skills and negotiation, but the ability to adapt to situations and communicate effectively is what we want.

It is a strategy that appears to be paying dividends, says Farid: “I deal with a lot of suppliers and one constant feedback that we always receive is that MBC procurement is one of the most engaged procurement departments in the industry.” 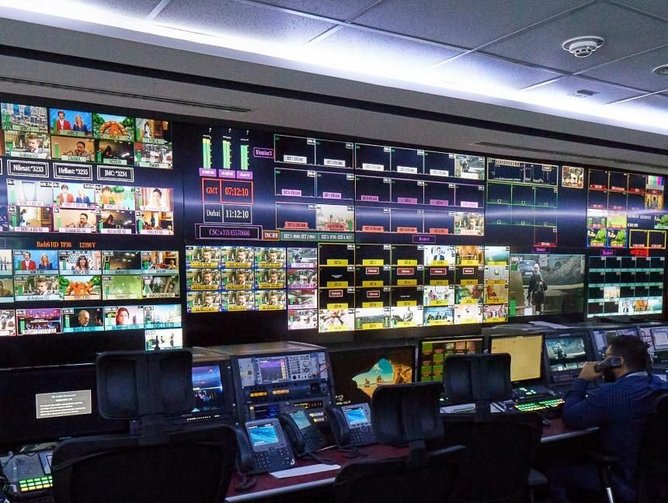 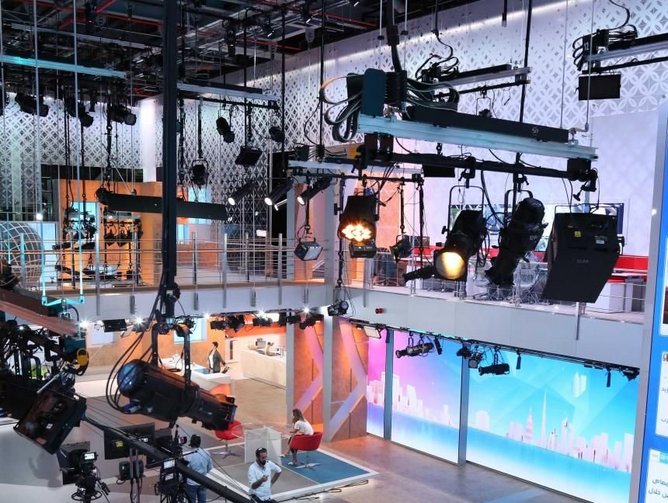 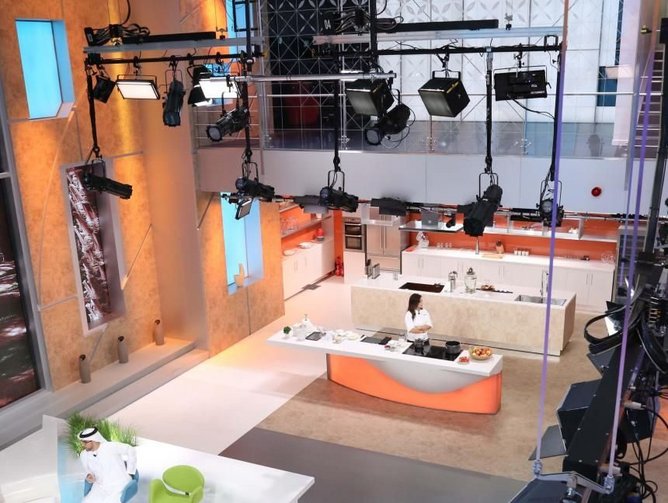