After decades in the doldrums, AI has recently exploded in a boom that has unleashed applications used by hundreds of millions of people every day. The impact of this technology has been likened to that of electricity 100 years ago: AI won’t be an industry, it will be part of every industry.

The rapid rise of AI has left many businesses scrambling to understand how they can benefit from a technology they don’t yet understand. An MIT Sloan Management Review found that 85% of executives surveyed believe AI will transform their company, yet only 39% report having a strategy for AI.

One company has taken the lead in helping business decision makers evaluate, implement and monetise AI. NVIDIA cut its teeth on 3D graphics for gaming and professional design, but the graphics processing unit (GPU) NVIDIA invented back in the 1990s has revealed itself as a processing powerhouse, capable of tackling computing’s grandest challenges.

Richard Jackson, Vice President for the EMEA Partner Organisation at NVIDIA, reveals the story behind AI’s rapid rise from sci-fi gimmick to reality, and explores how businesses can take their first steps in this brave new world.

Founded in 1993, NVIDIA’s GPU sparked the growth of the PC gaming market. Now this same tiny piece of silicon is credited with unleashing the Intelligent Industrial Revolution.

Several years ago, researchers discovered that the same parallel architecture designed to handle the vast amount of data required for 3D graphics was also a perfect fit for the complex parallel computing required by deep learning. This form of artificial intelligence enables computers to learn from data and write software that is too complex for people to code.

NVIDIA recognised the opportunity presented by this affinity between deep learning and the GPU. Since then, it has been investing in a new computing model, GPU-accelerated deep learning, which is helping to create computers, robots and self-driving cars that can perceive and understand the world.

“Although AI has been around for a long time, before now the processing power needed for it to succeed just wasn’t available,” explains Jackson. “Now, NVIDIA is working to democratise AI for all.”

Pure Storage also recognised data is the fuel to drive deep learning, and parallel architecture is the future. It built a new data platform from the ground-up to keep pace with the innovation curve of GPUs.

“Deep learning is unique among all learning algorithms in that it keeps getting better with more data,” says James Petter, VP EMEA at Pure Storage. “At Pure, we believe data should never be the bottleneck for data scientists.”

The vocabulary of AI

The first step in realising the business benefits of AI is to understand a few fundamentals.

For a large part, the entertainment industry has molded what we think of when we think of intelligent machines and AI. In reality, what’s possible today is known as ‘Narrow AI’, as opposed to the ‘General AI’ displayed by C3PO and The Terminator. Narrow AI encompasses technologies that can perform specific tasks, such as image classification or speech recognition, as well as or better than humans.

This human-like intelligence brings us to deep learning. It’s a fundamentally new software model where billions of software-neurons and trillions of connections are trained in parallel. The graphics processing unit emerged as the ideal processor to accelerate deep learning.

“GPUs, like artificial neural networks and the human brains on which they’re modelled, process

The democratisation of AI brought about by GPU-accelerated deep learning is already finding its way into deployment across industries. As this form of AI expands from research institutions and startups to implementation by large enterprise, new use cases for deep learning are emerging daily.

From intelligent assistants to smart homes to self-driving cars, it’s clear that this new computing model will infuse consumer technology as much as it will reinvent enterprise computing.

Jackson comments: “Those businesses looking to grab the competitive advantage offered by AI have a narrow window of opportunity. For those who move quickly, rewards will include efficiencies in existing processes, and insights based on data and predictive analysis that enable new classes of products and services.

“We see companies like SAP seizing an early-mover advantage by implementing GPU deep learning in their data centres to solve their customers’ most challenging problems.”

Thanks to the rapid development of the AI industry, this technology is available in many flavours and at varying scales. For those looking to dip a toe in the water, cloud service providers like Microsoft and AWS offer GPU deep learning cycles on demand.

NVIDIA has also developed an offering aimed at companies seeking a combination of unprecedented computing power with security and support.

Last year, NVIDIA launched the DGX-1. It’s essentially an AI supercomputer in a box, purpose-built for deep learning. Instead of building its AI data centre from the ground up, the DGX-1 integrates everything data scientists need to get started building, training and running powerful and sophisticated deep neural networks.

But all of this data needs to be stored somewhere. Traditional storage systems were largely built on decades-old, building blocks burdened with serial bottlenecks, and have been proven to lag behind the performance curve needed to keep GPUs busy with data.

However, Pure Storage supports NVIDIA’s efforts to democratise AI by enabling companies to store and process vast quantities of data at significant speeds. Pure Storage’s FlashBlade is an ideal match for NVIDIA’s DGX and complements its deep learning performance.

AI pushes beyond the limits of what’s possible with traditional storage technologies. The velocity in which DGX-1 consumes data is unprecedented. The level of parallelism required by deep neural networks and GPUs continues to grow rapidly. A new class of data system was needed. FlashBlade is industry’s first data platform purpose-built for AI and deep learning, engineered with a massively parallel architecture from end-to-end.

“By using Pure Storages’ FlashBlade with NVIDIA’s DGX-1, data scientists can enjoy the performance they need when working on AI,” explains Petter. “We designed FlashBlade specifically for AI and machine learning applications – and it shows.”

Combining the FlashBlade system with DGX-1 means that the GPUs can be continuously and efficiently fed with the large amount of data they need in order to build smarter AI solutions.

“The DGX-1 represents a real breakthrough in technology built for artificial intelligence,” states Jackson. “As we continue to push the boundaries of what is possible, we’ll continue creating tools which bring AI to the enterprise in ways that enable innovation and drive growth.” 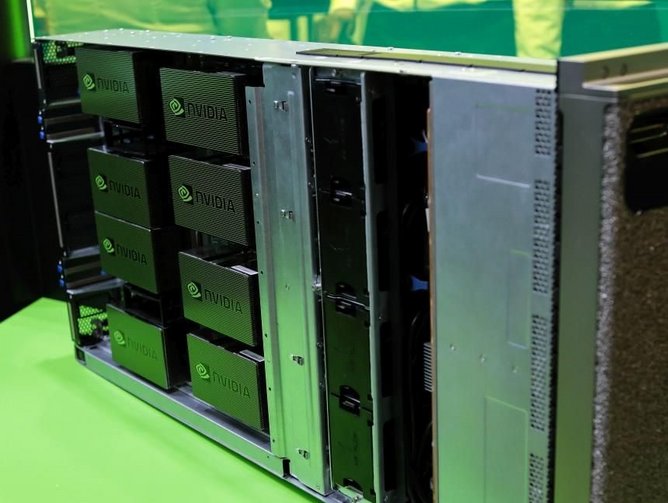 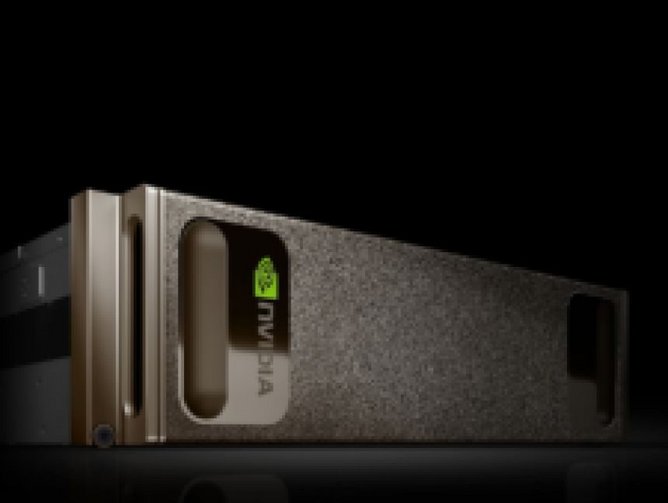 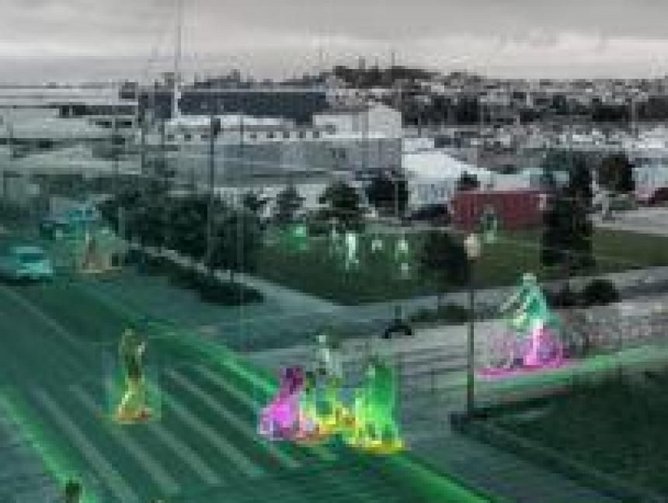 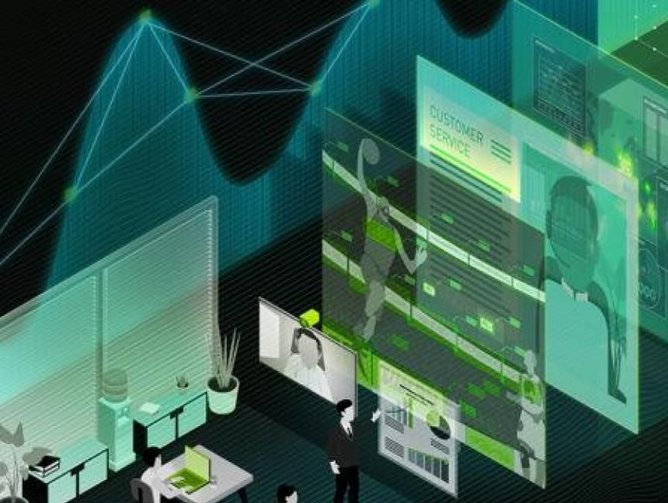 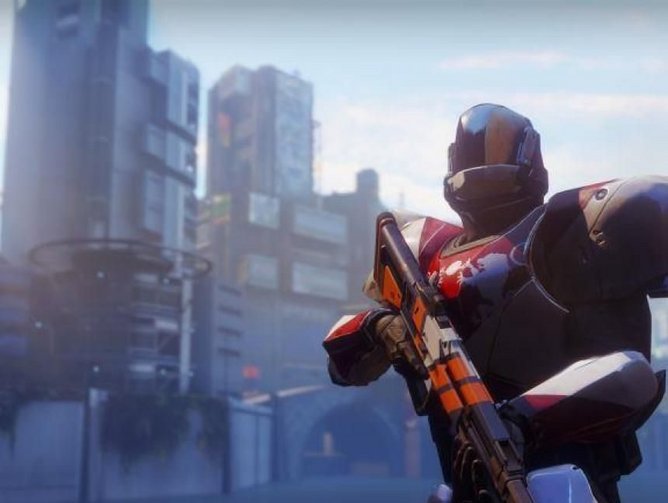 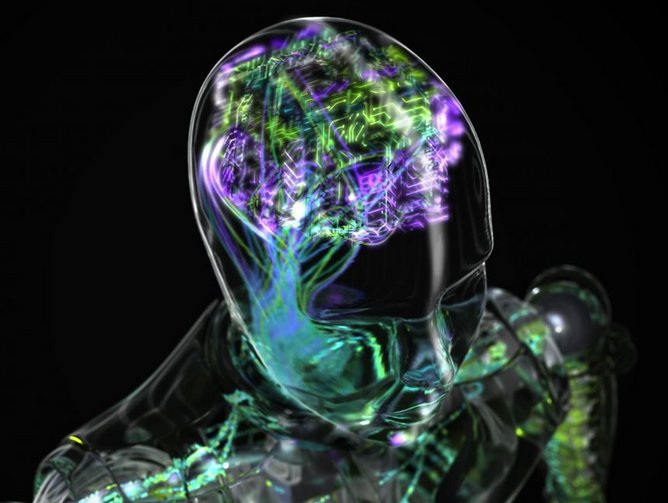