Chief Information Officer of Oasis Hospital, Trevor Bunch discusses how the organisation is determined to provide world-class IT support alongside

Oasis Hospital is renowned as the only non-for-profit Christian hospital within the Emirate of Abu Dhabi. It is a vital service within the Emirati community, so much so that even members of the royal family within Abu Dhabi were born there. These close connections have led to a recent new facility, granted to the hospital in order for exceptional care and support to be provided to the increased number of citizens. Bunch reflects that the hospital’s patient population can be described in thirds, with two thirds being Emiratis and expats, but the remaining third have minimal insurance or sponsors. To this effect, the hospital seeks to seal this gap in health services. At present, there is currently no designation for not-for-profit facilities, but services are either government or private. The hospital remains involved in the community as this is a foundational part of Oasis Hospital and what makes them different.   It is not unusual to see them out on home visitations or supporting the UAE government by providing surgeons who travel to war-torn Yemen or Lebanon to support Syrian refugees. “Due to a long-standing relationship with community partners, there are a lot more opportunities we can offer up after we streamline our operations,” Bunch adds.

In line with the hospital’s expansion, significant investment has been placed within its IT systems. Since his appointment three years ago, Bunch has streamlined all IT operations through a complete hardware refresh and implementation of effective data centre migration. His backoffice applications have been moved to the Cloud, and is pushing forward with an Electronic Medical Records (EMR) transformation. Such processes have created a resourceful, well-run and cost effective system. Previous configuration management issues are now a thing of the past, where virtual assets are managed as a single instance, eradicating many patch management issues.

“Everything from lighting controls, to how the air is moved around the building, to emergency systems that are joined to the IT network. Our network went from somewhere around 500 end-points to over 5000 end-points. So how does IT fit in with the overall business strategy of the hospital? It touches every single element to how we run the hospital,” explains Bunch.

“When I arrived three years ago, 68 percent of my infrastructure and application assets were donated and managed by someone else. It was a very sophisticated system, but not financially sustainable. We were at the point that we had to do a refresh when I arrived.”

By becoming the first hospital in the Emirates to adopt a hyper converged infrastructure, the hospital IT systems have native high-availability, so that if one piece of hardware malfunctions, another part will recover the data. This, Bunch confirms, eradicates the need for redundant and under-utilized hardware. This change has also allowed the organisation to scale back their future EMR hardware buy dramatically, allowing it to reduce their overall memory by 35 percent and compute requirements by approximately 45 percent. Over 95 percent of servers within the hospital are now virtualised, alongside 45 percent of desktops.

Amongst these changes, the hospital was able to move from a single data centre to new, modern redundant data centres in a new building with zero downtime, moving 150 servers and over 300 desktops in the process. Bunch proudly adds that such a move for the organisation was “seamless” and “all hospital operations moved from one facility to their existing building with zero IT downtime and zero patient incidents, becoming the first facility move in the emirate of Abu Dhabi.”

A partnership with global healthcare platform Orion Health will ensure the hospital’s transition towards a sustainable, streamlined future, where current patient processes can be redefined and ways of working can be adjusted in line with these changes. Bunch explains,

“If you look at the future of where healthcare IT is going, enterprise apps no longer take three years to implement anymore – what we get with Orion is a solid foundation for integration. If we get a request for an app specifically for our Neonatal Intensive Care Unit (NICU) - those are things I can plug in and I don’t have to worry about clinical data sprawl.”

“That’s what really excites me about Orion. Anything we want to build around that, such as patient portals, are the things that keep me really excited for the next several years.”

Current plans with Orion will see the complete implementation of the hospital’s EMR by March 2017, with the overhaul of the hospital’s patient registration system, in addition to the apps the doctors currently use. “Those are the things that I’m excited about – we’re going to be able to give them the data tools they need to improve the care that we’re giving,” adds Bunch. With such an aggressive timeline, Bunch believes the first six months to a year will focus on system optimisation and user expectations. However, this lays groundwork for additional care pathways and quality care initiatives to be incorporated.

The UAE healthcare sector is facing some significant challenges: healthcare costs are rising, oversubscription of services, a flood of incoming private providers are creating competitive and regulatory challenges.  However, Bunch is optimistic about the hospital breaking away from traditional methods and reorganising current processes to become more streamlined and focused. This is not because they need to generate shareholder wealth, Bunch stresses, but the hospital is keen to deliver more charitable outreach and community events.

Bunch is continually focused on delivering key IT directives and developing strong relationships with strategic partners to ensure patients view the long term benefits, in turn creating consistent trust within the Emirati community. Such a solid integration engine has also ensured the hospital is not in danger of fragmenting its clinical decision making and all recommendations will be in the patients’ best interests.

“If any doctor thinks productivity and/or finance is interfering with their clinical decision making; they have every right to sit in the boardroom, challenge us and hold us accountable,” Bunch comments.

Oasis Hospital is an exceptional hospital, at which Bunch’s passion is clearly displayed. The majority of the hospital’s business objectives solely concern quality of care, with only two out of seven values placed on the hospital’s efficiencies. Bunch comments, “Relationships we have been able to build with our tech partners I haven’t seen anywhere else in any industry”, which highlights its influential reputation within healthcare and underlines the hospital’s importance within the Emirati community. The hospital’s strategic directives and technological expertise will ensure a future, sustainable business model for years to come. 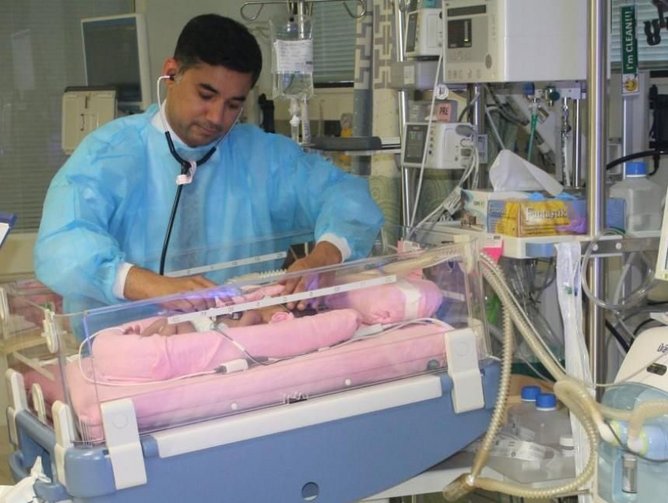 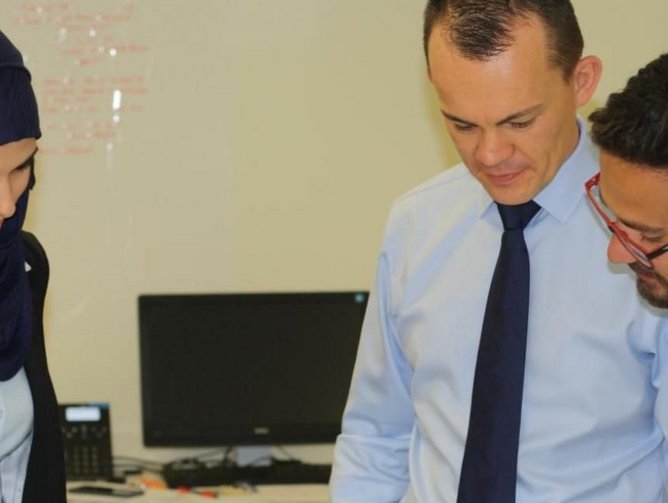 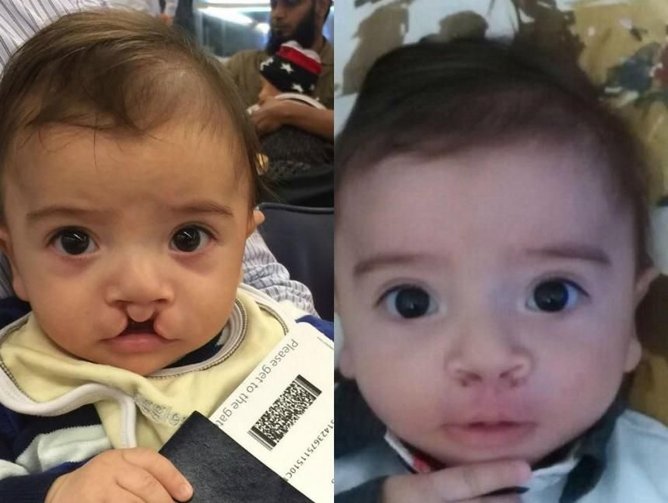 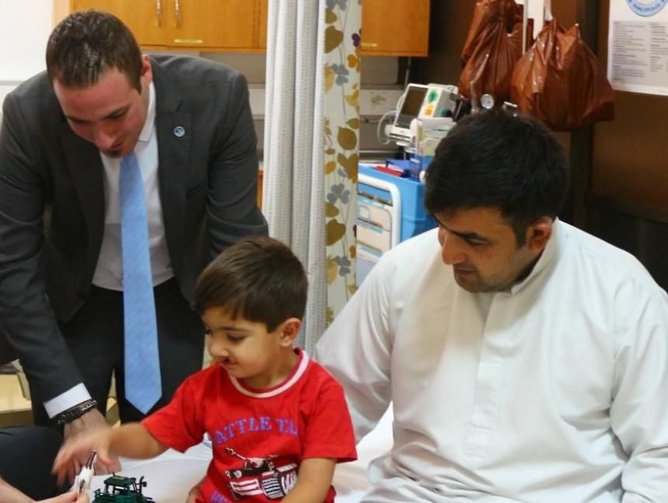