Technology certainly looks set to play an integral role in the future success of Paddy Power Betfair, one of the world’s largest online gambling company. “Our company’s performing well, we’ve got strong year-on-year growth. Alongside the technology, our greatest development is probably our i2 platform and ensuring that we are head and shoulders above our competition,” states Peter Giles, Senior Data Centre Manager.

“If we’re not innovating, we are effectively standing still. That’s just not an option for our business,” notes Giles. “We always like to ensure our place at the top of the queue for the latest and greatest technologies, and to see how we can integrate that into our estate, and products.”

i2 stands for Infrastructure 2 and is Paddy Power Betfair’s next generation infrastructure platform, which is comprised of a private cloud and a continuous delivery pipeline used to deploy the company’s software to that cloud.

“The i2 cloud works pretty much like any publicly available cloud operator but is entirely hosted by Paddy Power Betfair,” observes Brian Cullen, Head of Infrastructure. “It gives developers the ability to write applications and deliver it all the way through the pipeline to production for our customers. The single customer platform is a common platform we’re building as part of hosting multiple brands. Paddy Power and Betfair branded applications are going to run on this platform. The single customer platform runs on i2 and it is the largest project for our technology team for 2017.”

Paddy Power was formed in 1988 through the merger of three Irish bookmakers. In 2000, the company established its online presence with the launch of paddypower.com. In the same year, Betfair was launched. “It was one of the first online gaming marketplaces for punters to bet against each other on sporting and cultural events around the world. This was revolutionary, nobody was really doing it in the market and certainly nobody was doing it as well as Betfair,” comments Giles.

Over the years, the two companies expanded their respective online footprints with the introduction of online poker, mobile betting and online casinos. As the rival companies expanded, so did the amount of business being processed. “In 2010, Betfair’s exchange was processing more transactions than all of the European stock exchanges combined in a single day,” advises Giles. In November 2011, Paddy Power was the largest bookmaker in Europe by total share value.

The merger of the two companies created one of the world’s biggest online gambling company, making it a FTSE 100 company. Paddy Power Betfair has over 7,000 employees and over 600 bookmaking shops. “We operate on five real core values and they are – collaboration, integrity, agility, low ego and a relentless will to win,” Giles observes.

Of course, merging two giants of online gambling has required a number of consolidation activities. One of the largest was the migration of data centres from the Isle of Man to Dublin. “As part of the merger, we decided for operational and regulatory reasons to migrate two Paddy Power data centres from the Isle of Man to Dublin. The project started in May 2016 and scheduled to be finished by October of that year. Six months for any data centre move is aggressive, never mind two within two weeks of each other. With excellent collaboration and pace displayed by the infrastructure team, the migration was completed on time,” advises Giles.

One of the main reasons for the move was to be able to regulate the Paddy Power business through the same regulatory authority as Betfair. “Essentially, it was part of a consolidation of regulatory authorities which necessitated moving data centres,” comments Cullen.

The move was very ambitious and was designed to minimise disruption to customers as much as possible. “The migration was to be completed within a two-week window,” Giles continues. “We’re talking about downing two live production sites, moving one, bringing it back online in Dublin, and two weeks later downing the other data centre in the Isle of Man, moving it to Dublin, and bringing it back online. All of this with little or no impact to our customers.” Such a short turnaround helped to motivate the staff, as Cullen illustrates: “There’s nothing like an unmovable deadline to focus the hearts and minds of the team.”

In order to build an understanding of the legacy estate being inherited, a thorough audit was carried out. “We carried out a complete audit of the Paddy Power data centres on the Isle of Man and in Dublin, so we could understand and work through what the pinch points were going to be. By doing that extensive audit we were able to understand where every cable started and stopped, and how the data centres were breathing. That really gave us a great point to kick on from,” Giles advises.

To achieve the move with minimal disruption, Paddy Power Betfair enlisted the help of a number of partners. “A considerable amount of the hardware that was in the Paddy Power heritage data centres, had not been powered off in years,” Giles explains. “We brought in technical support from all of our major vendors and manufacturers, and proceeded, under a tight change window, to power cycle the hardware during a controlled period of time. By doing that, we were able to eliminate risks at all stages, that may have arisen during the actual migration itself.”

Such partners are invaluable to the operations of Paddy Power Betfair. “We like to work with technology partners to help us deliver value with our projects. Logicalis helped us move the two data centres from the Isle of Man to Dublin, a project which was pretty much seamless for our customers and delivered with precision,” Cullen advises.

“Computacenter, who have been the partner behind the i2 project since its inception, has helped with the challenges across the journey. Both have areas of expertise which we tap into. We also work with Evros Technology Group in satisfying our high-paced needs with keeping our data centres operational.”

Giles, too, is keen to praise the work of Paddy Power Betfair’s partners: “We have a close working relationship with Server Technology, who provide a bespoke power strip to suit our high-density rack requirements. A significant part of our success for this specific project comes from the very close support and commitment of our key vendors,” he comments. 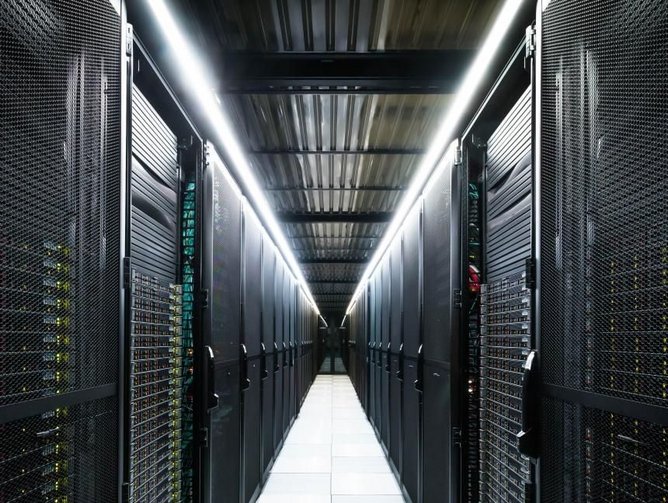 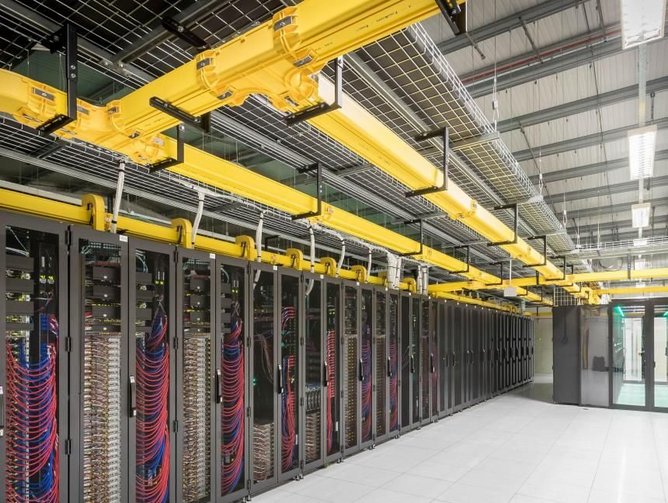 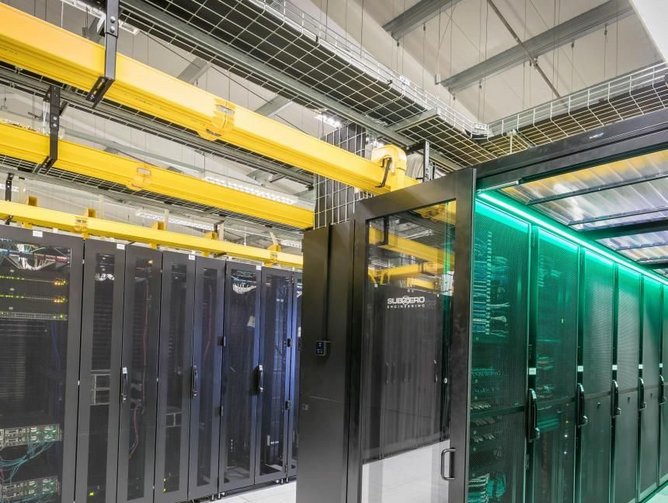 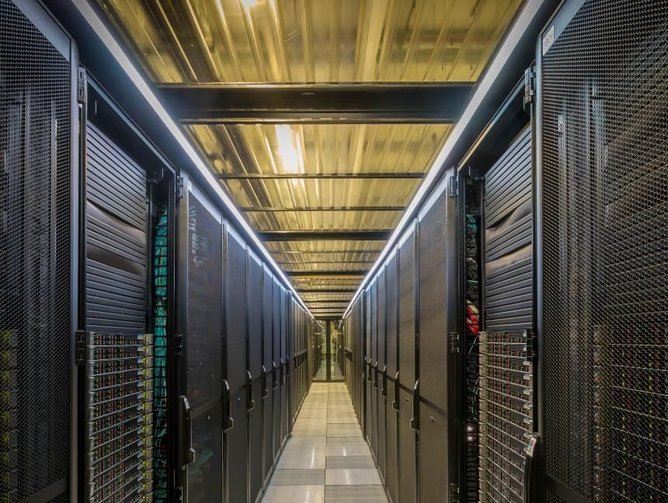 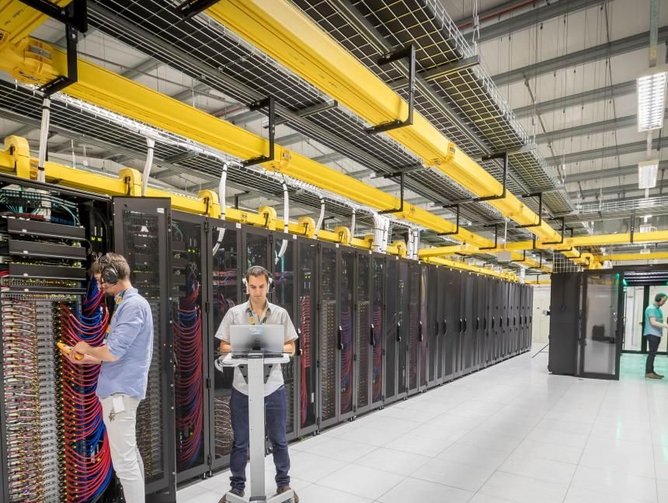